Use our Advanced Search for better results
POJAGI HOUSE

The term tsuzukima (literally “continuous gap”) refers to a space overlaid with traditional Japanese tatami (straw) mats. By shutting the sliding doors, these spaces can be used as small rooms. When these same doors are opened, tsuzukima becomes part of a single, wide-open space. POJAGI HOUSE project expands on this concept, evolving the tsuzukima in a new direction.

At the beginning of the design process, our client (a professional designer) suggested that we use the traditional Korean pojagi patchwork cloth as a theme. We eventually decided to create a tsuzukima using pojagi fabrics that our client had designed and produced. The loosely defined spatial layout of the house was based around a series of colonnade-like walls built out of a series of square wooden pillars measuring 150 mm across and movable pojagi distributed throughout a simple, two-dimensional space. The layout of these fabrics created a series of ever-changing scenes throughout the house.

The concrete portion of the foundation is used as a studio, while the part of the building elevated one level above the street that faces a lush park was used to build a two-layered living space. A high-ceilinged dining area with a loft space situated just above it occupies the central portion, resulting in a flexibly configured layout that encircles both spaces. Rows of wooden pillars that serve a structural function line the boundaries between these constituent spaces, while panel heating allows heat to be stored in these wooden components, helping to gently retain heat within the interior. The pojagi serve to block cold drafts that may enter the house through the windows, while also allowing heat energy inside the house to circulate freely by making optimum use of staircases and stairwells.

The exterior walls consist of the same modular structure that can be seen in the pojagi fabrics and wooden pillars in the interior of the house. All four sides of the building feature black walls (a traditional Japanese facade made from cedar boards that have been heat-treated in order to prevent insect infestations) and glass panels that display a similar structure and configuration. The views looking out of the house also resulted in a slightly different ratio and placement of windows throughout the facade. 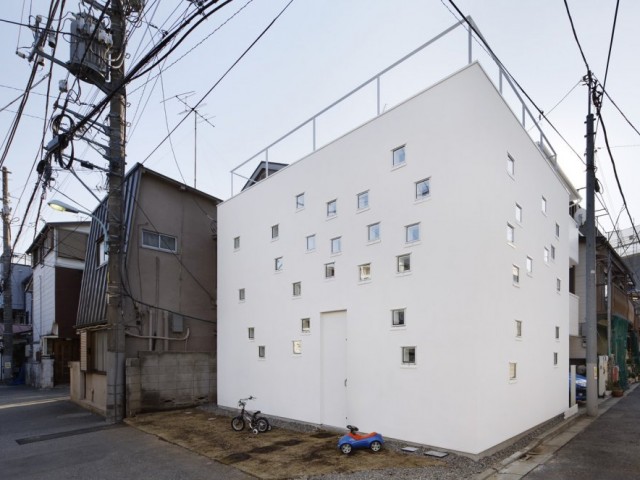 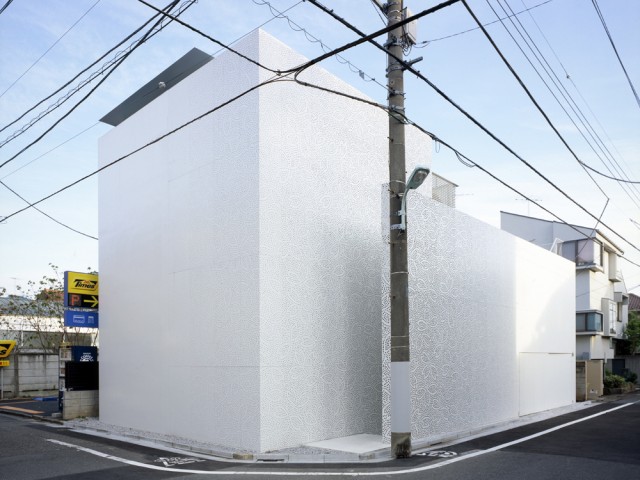 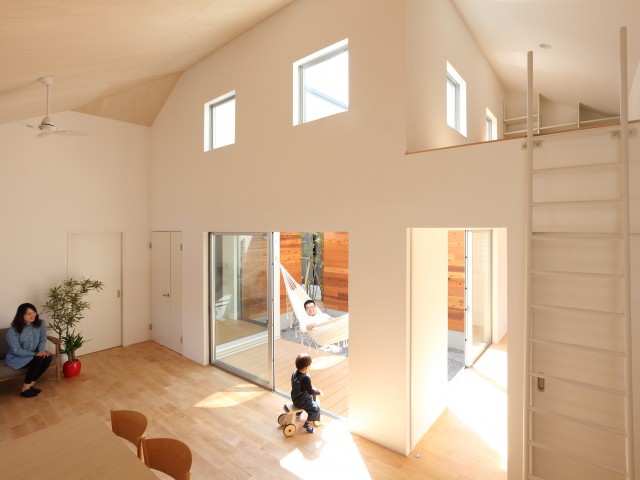 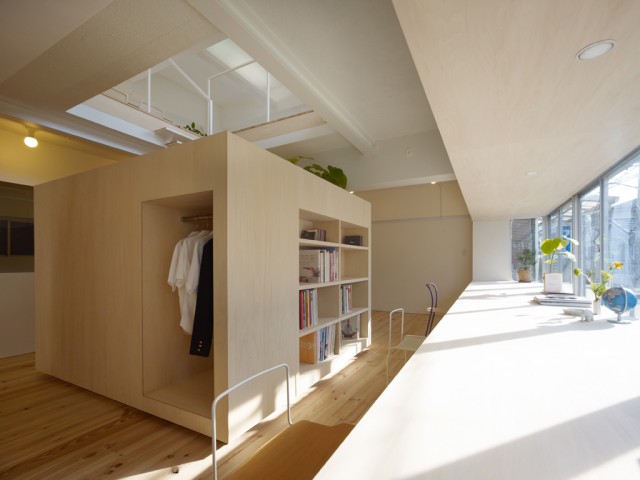 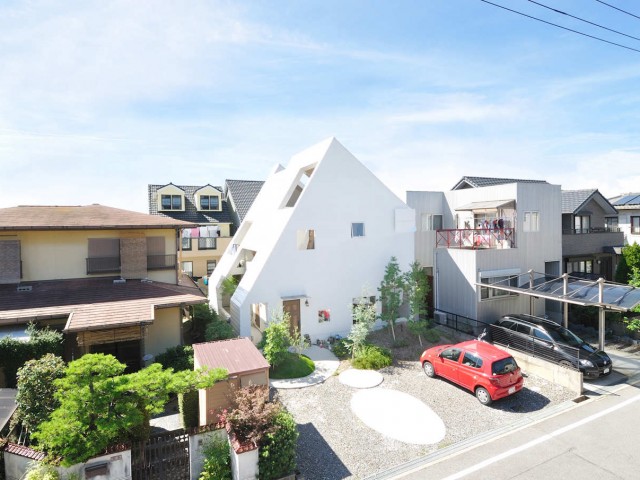 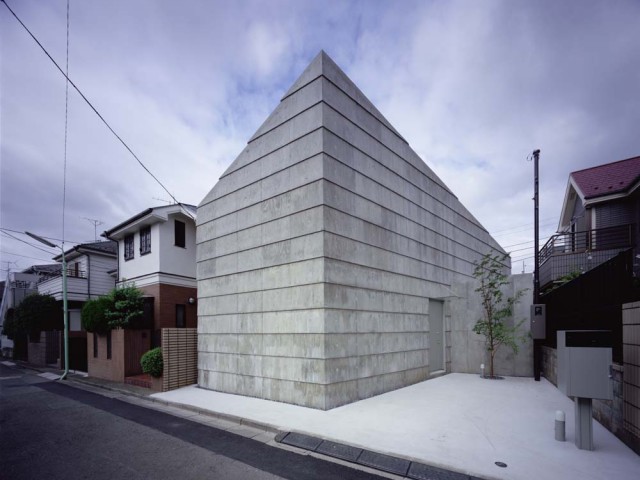 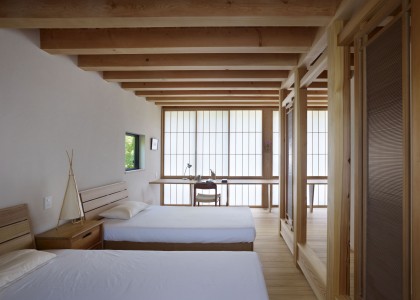 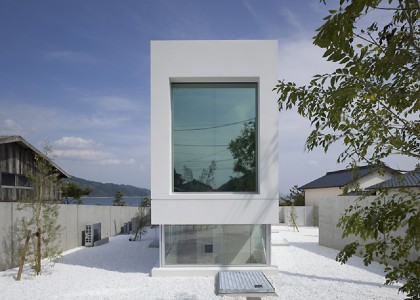 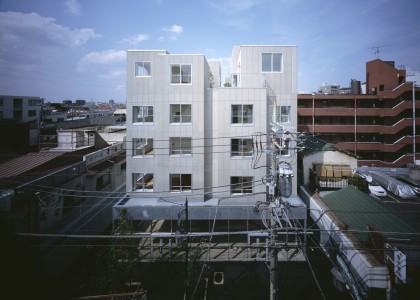 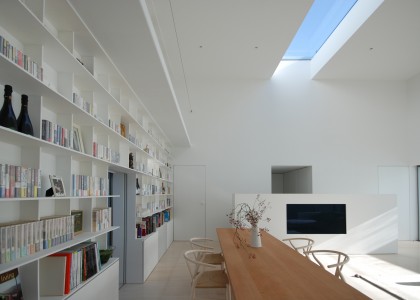 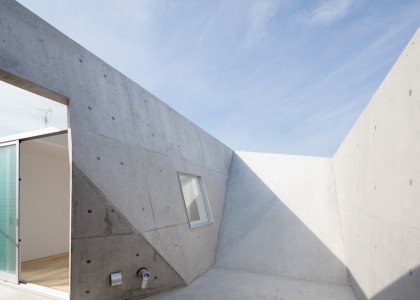 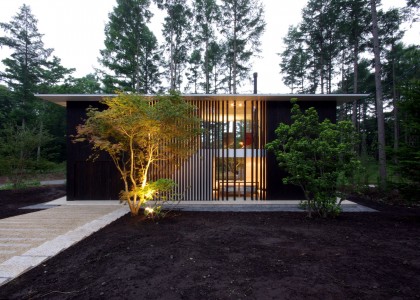 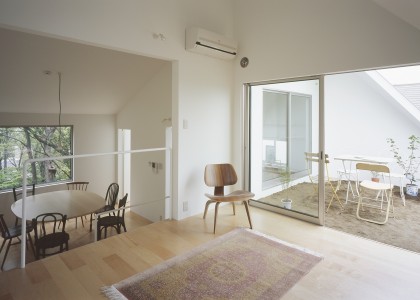 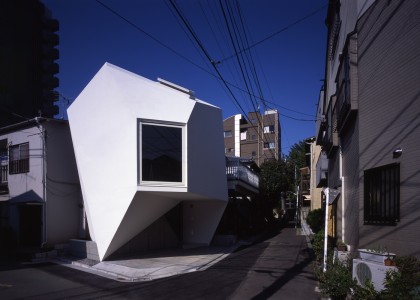