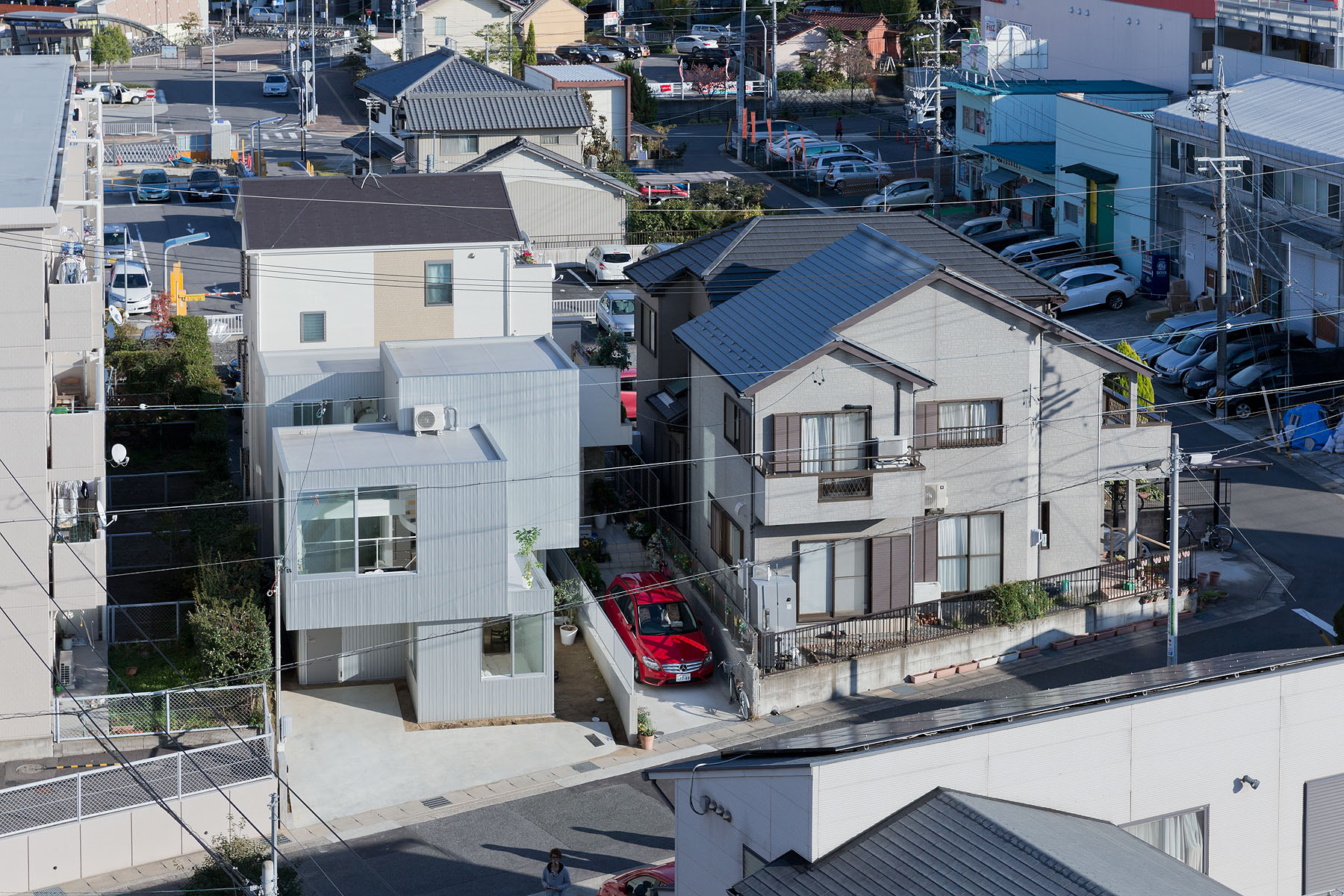 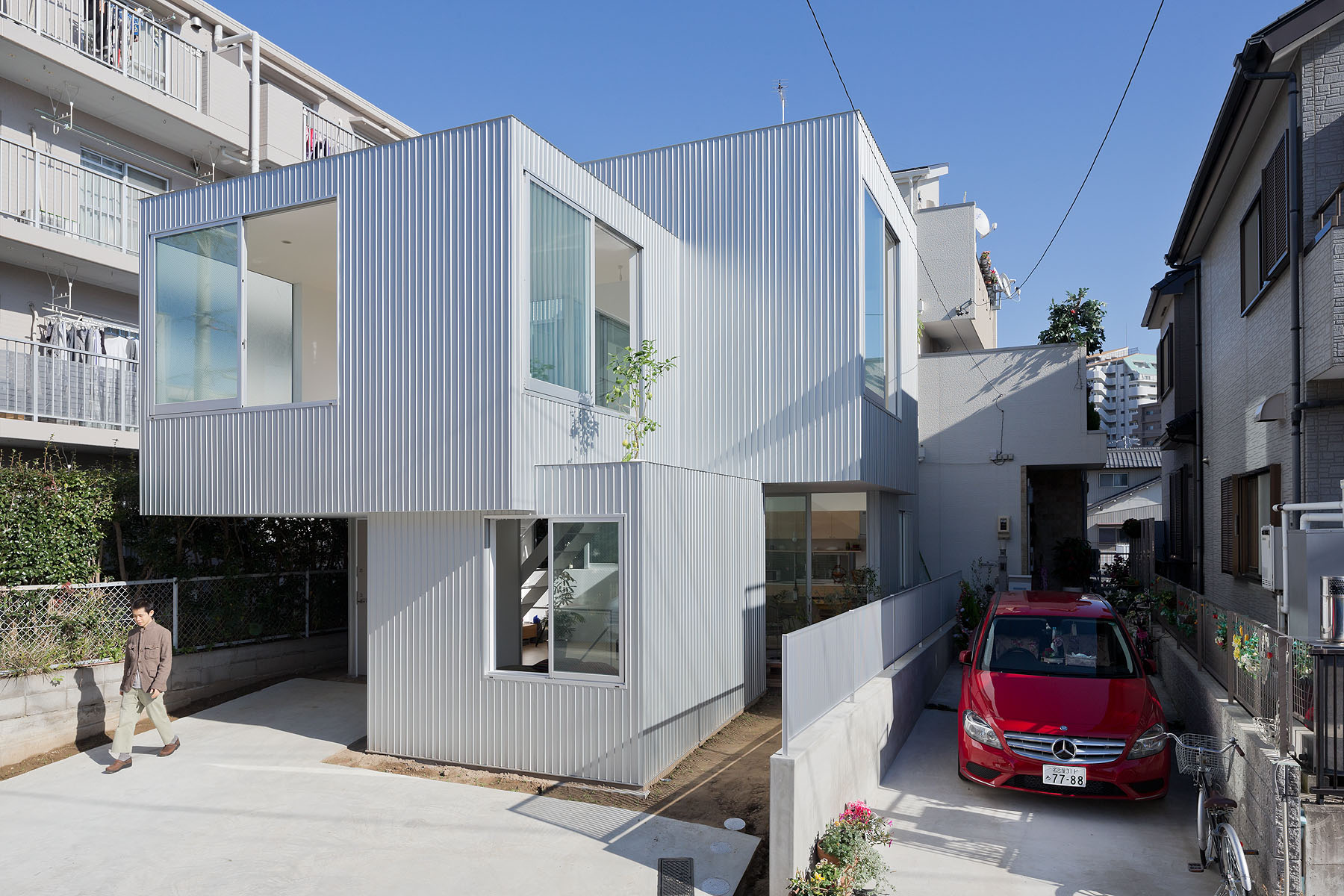 ‘House in Chayagasaka’ is a private residential house for a family of four in Nagoya – a young couple and their two small children. The site is located close to a new metro station, in an area that is developing rapidly. As both of the parents work, they wanted to have as much common areas as possible, in order to spend more time together as a family. So I decided to build a one-room house, with a lot of subtle balance between connected and separated area. 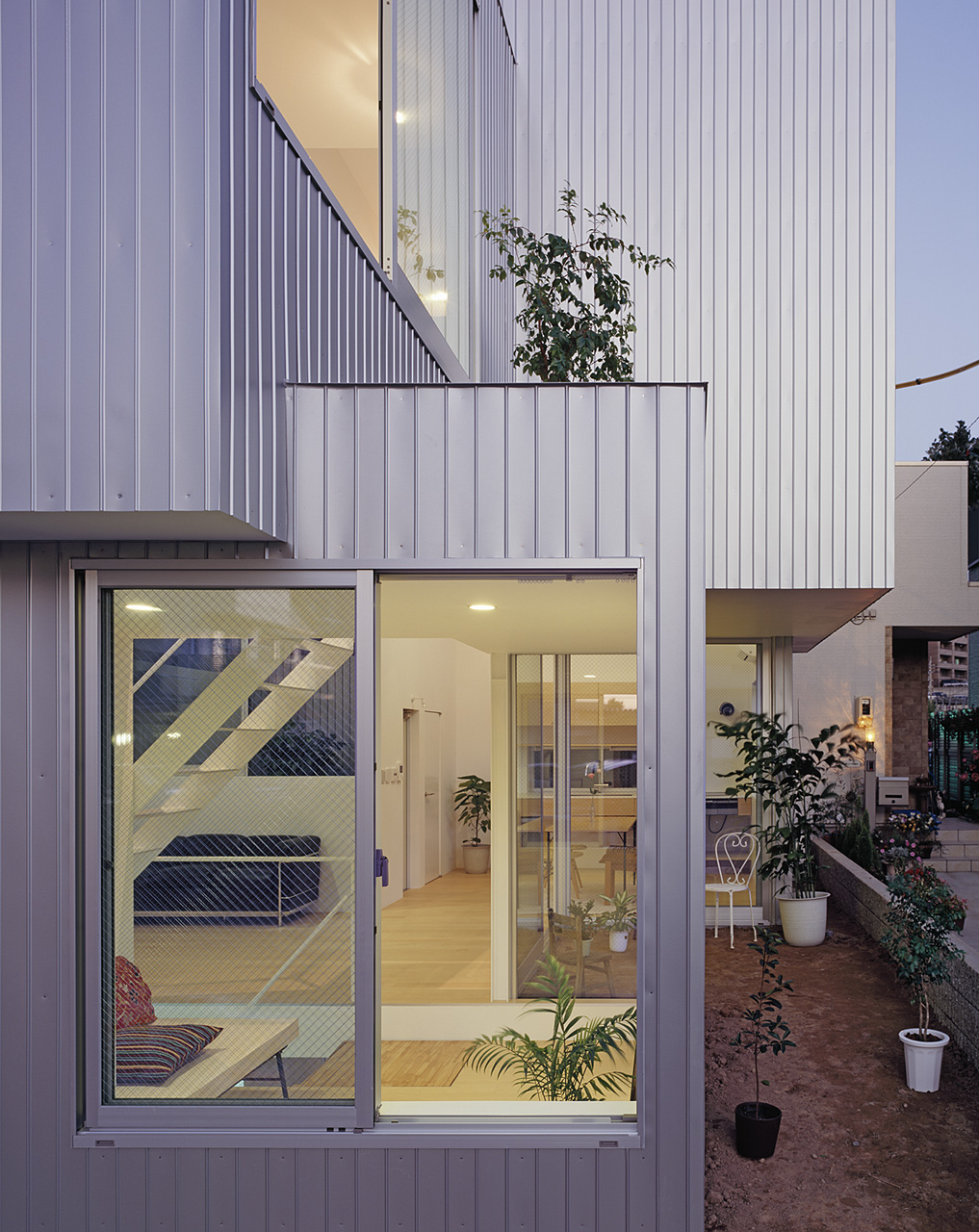 In this project, I tried to achieve architecture that welcomes a large variety of things, in a state where all the parts are mutually interrelated. This architecture is not one dominated by a strong system or built in a well-ordered manner, but rather one that incorporates various meanings and it seems difficult to understand why it was made that way. When making a house for a young family with children that will soon grow up, and the developing area around the house will change fast, it seems to make sense to design a house with very open architecture, one with balance that can accept diversity. 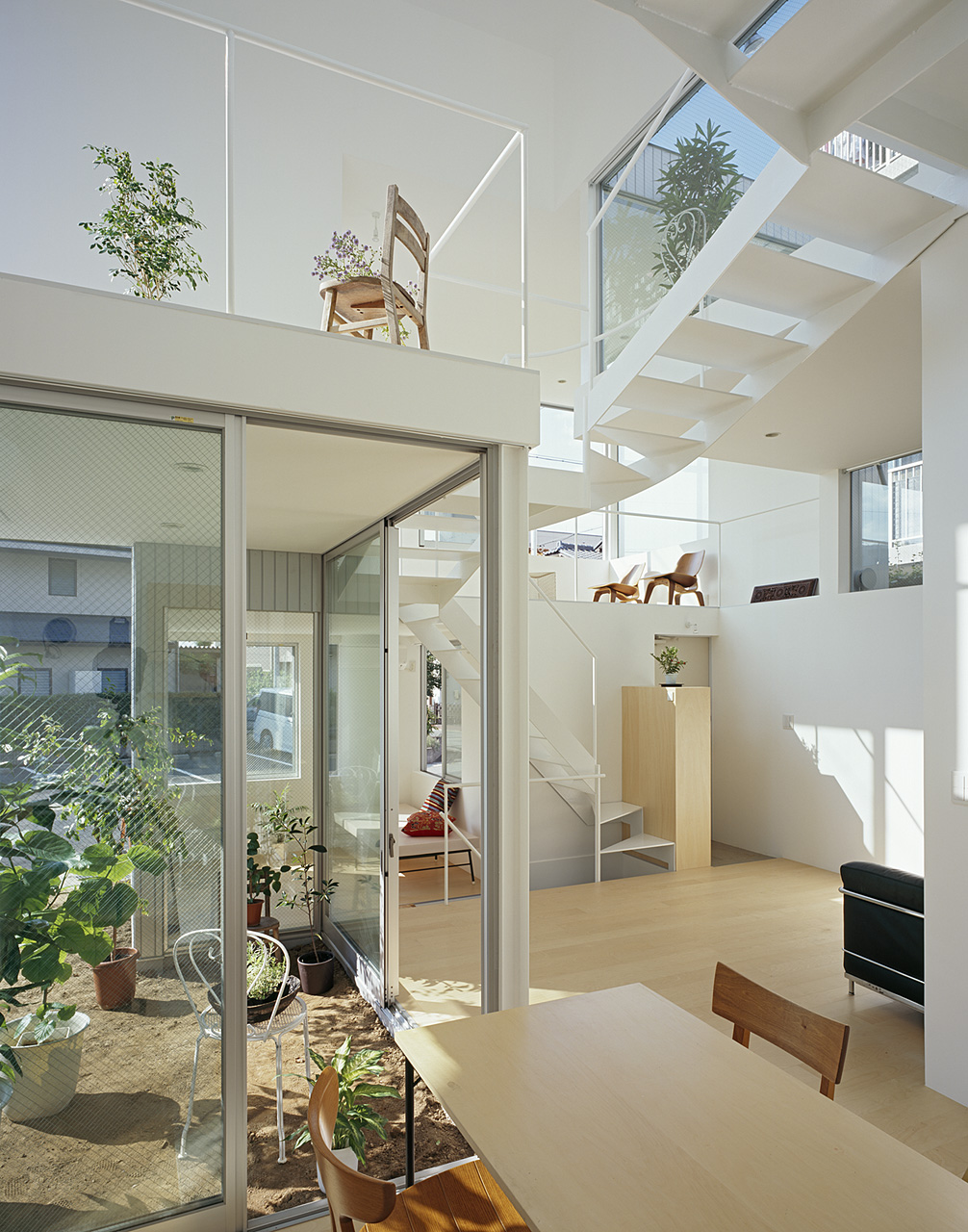 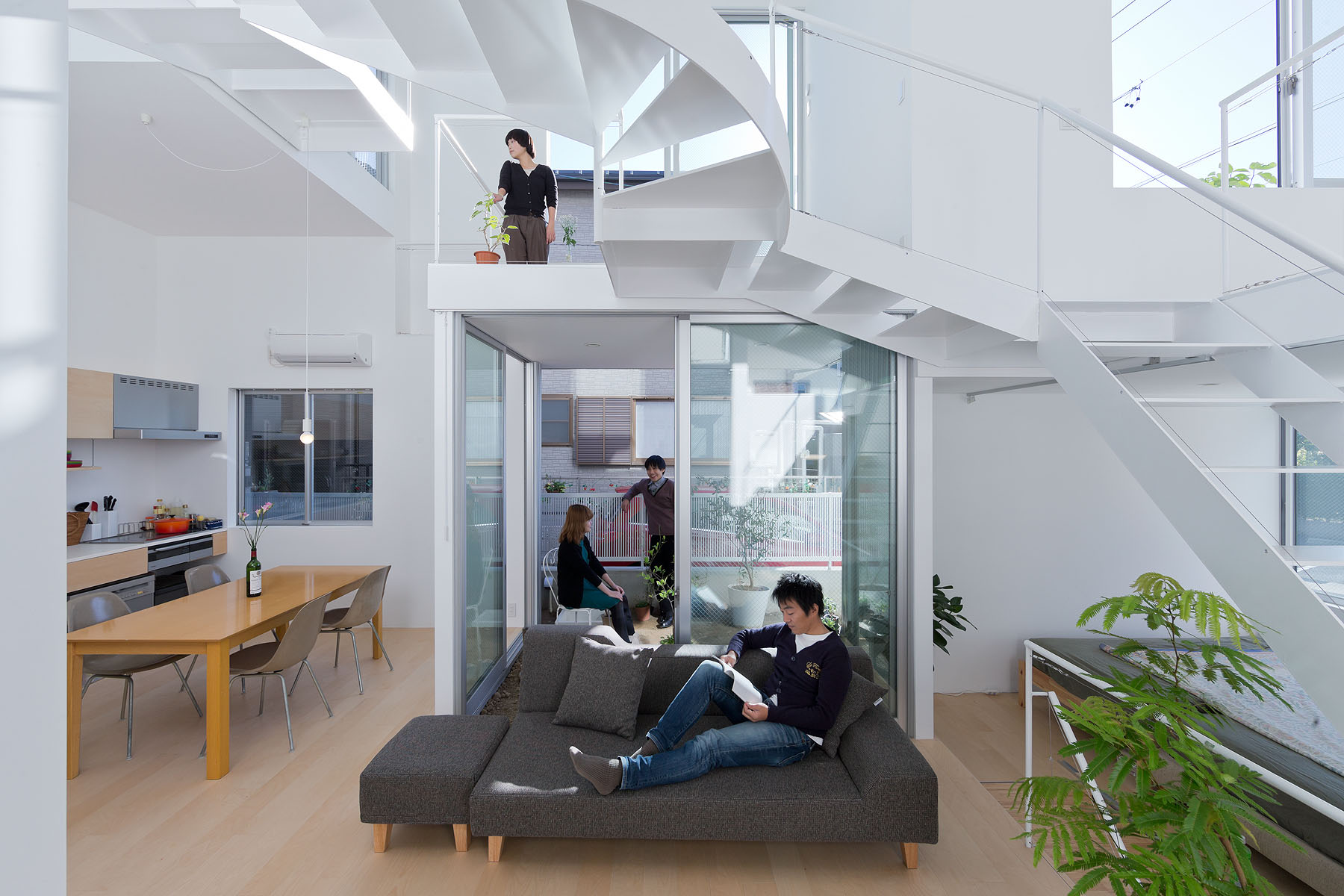 I designed a strange shaped one-room house by placing ordinary room-size boxes of variable shapes. I tried to deal at the same time with components which might normally not be directly related, such as widths, heights, structures, brightness, functions, shape, circulations, terrace etc. The relationships between these things are very complex, and if one part would be changed, it would influence the whole building. However, from the perspective of a whole, it can be absorbed. 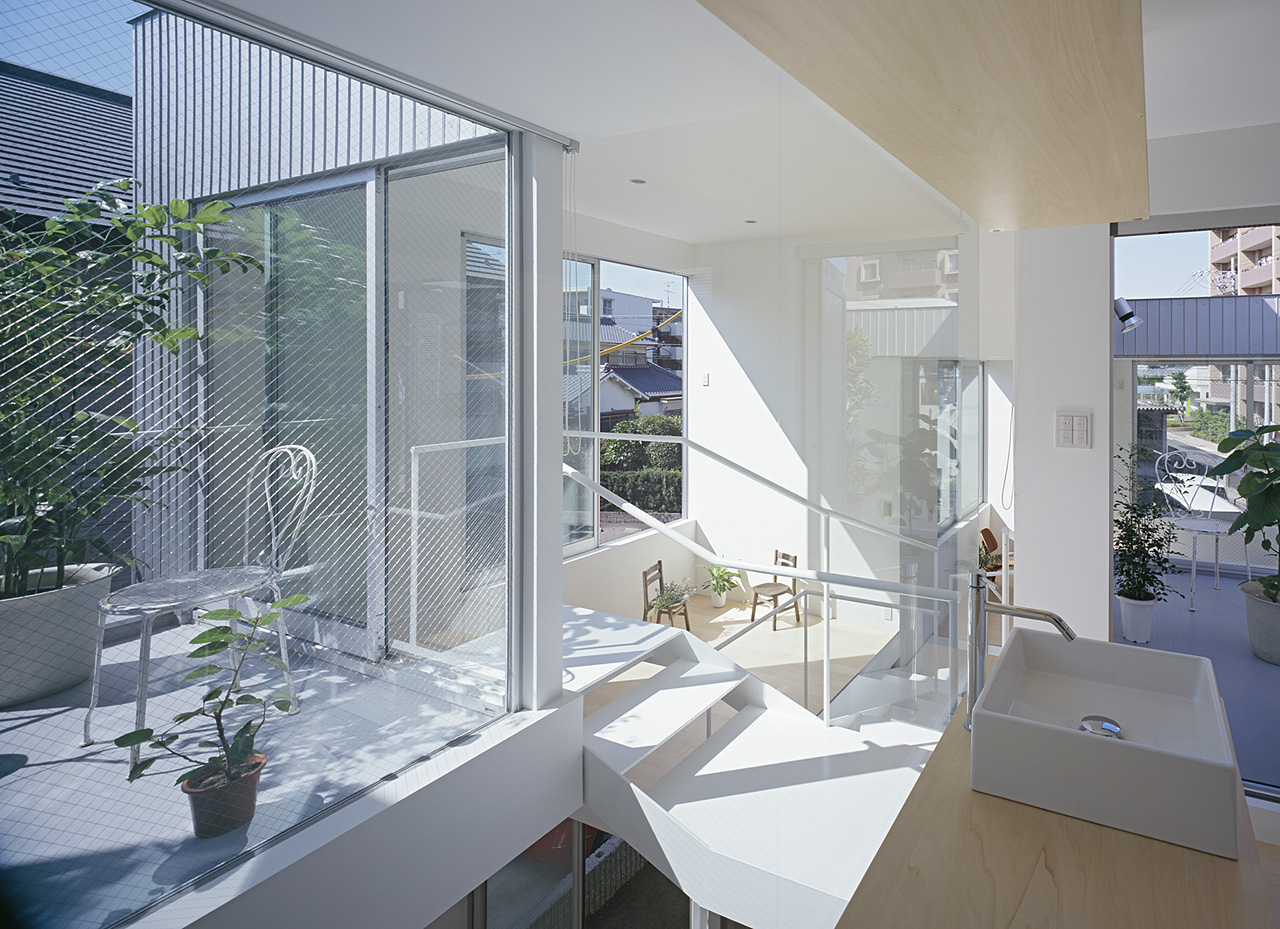 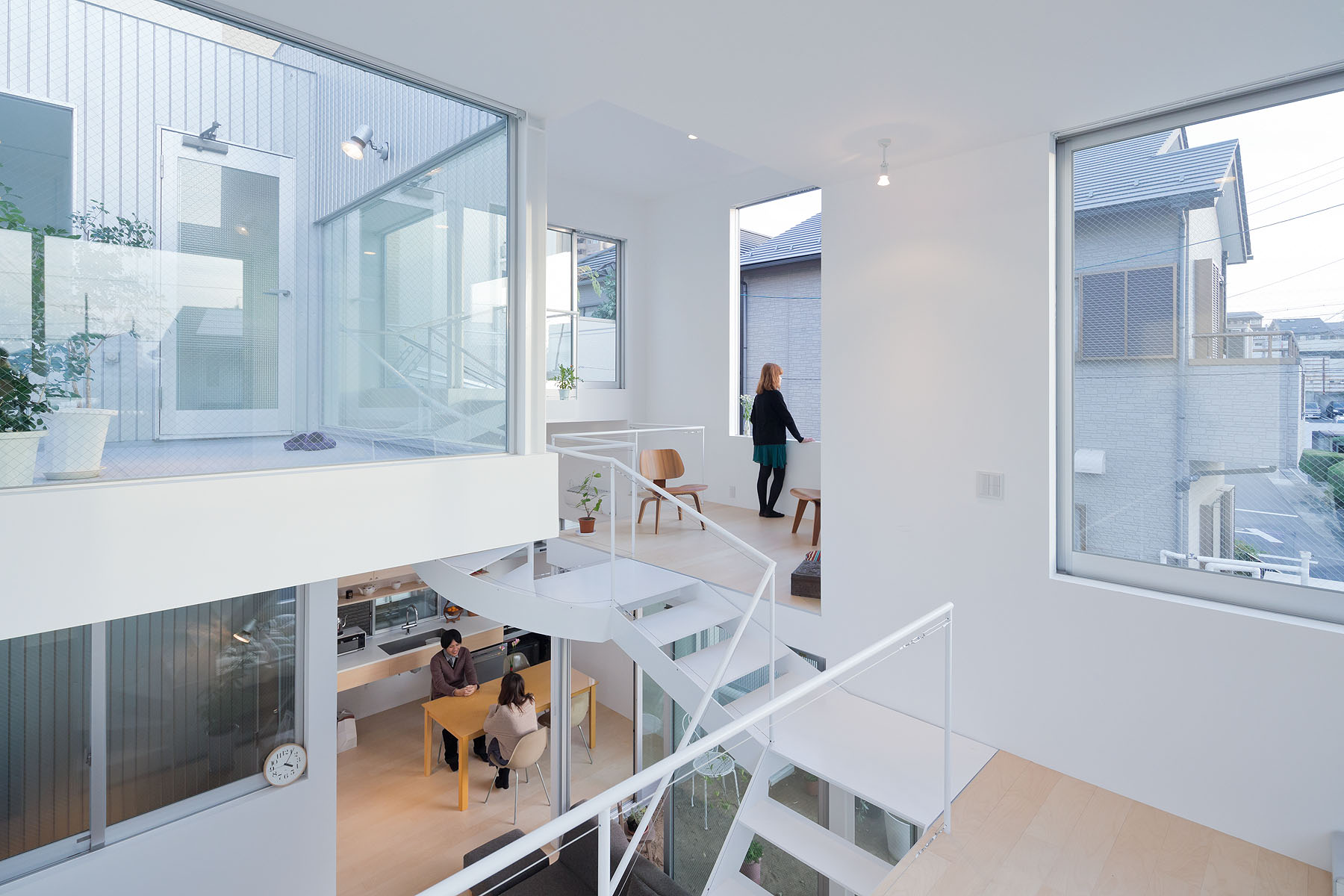 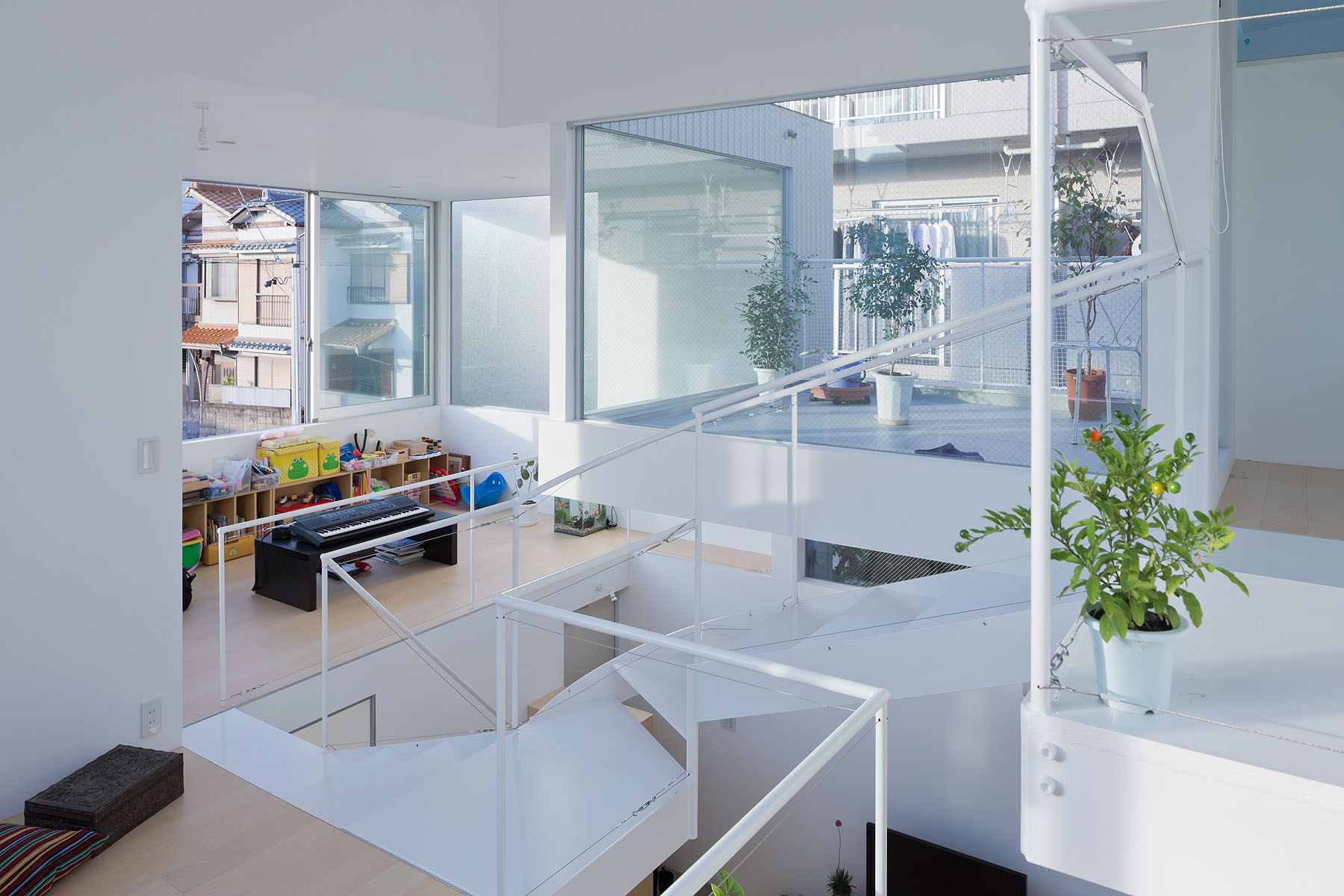 I think this type of architecture can achieve a new kind of residential comfort, by mixing various things including the present and the future course of life, as well as the history and culture of the location. 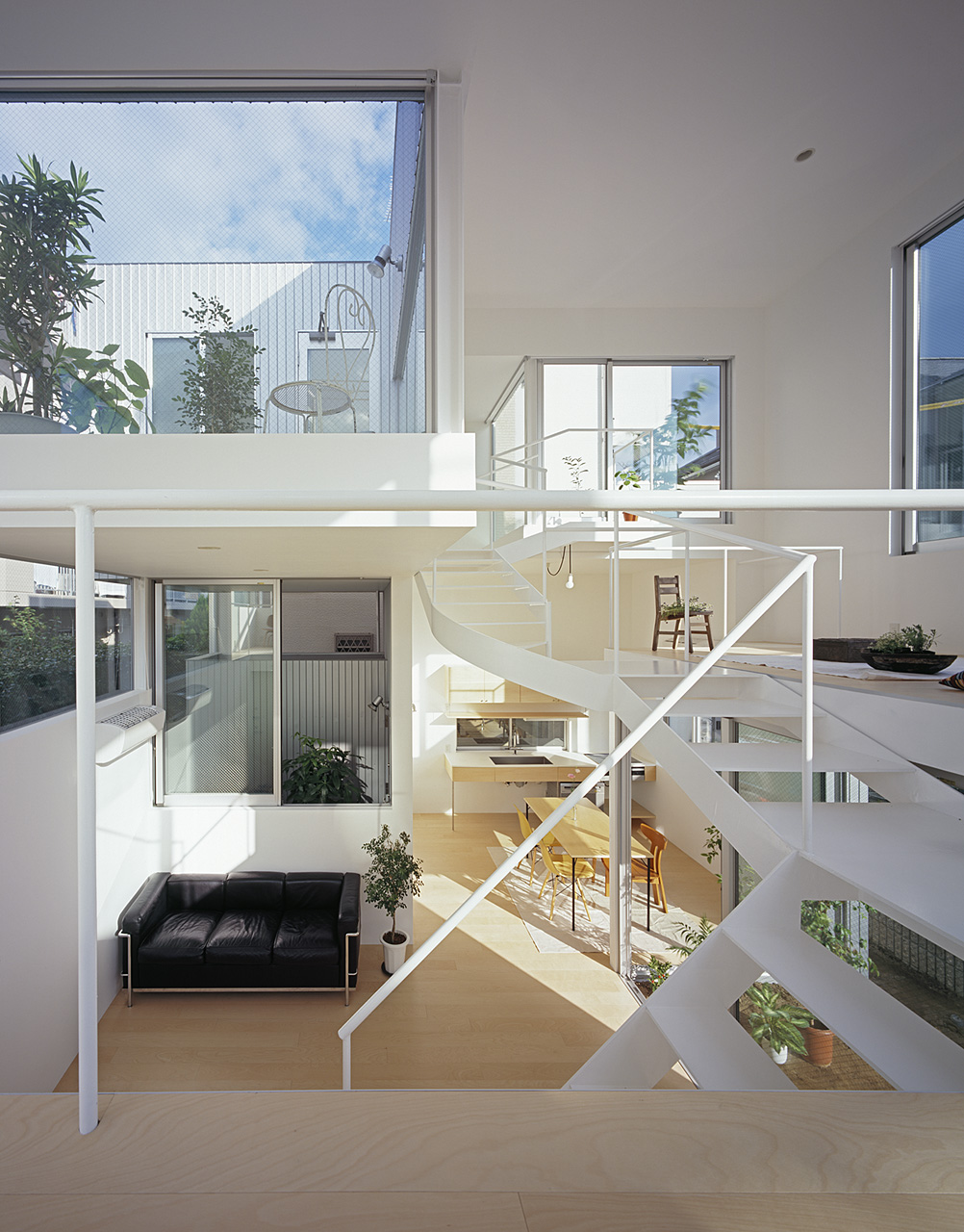 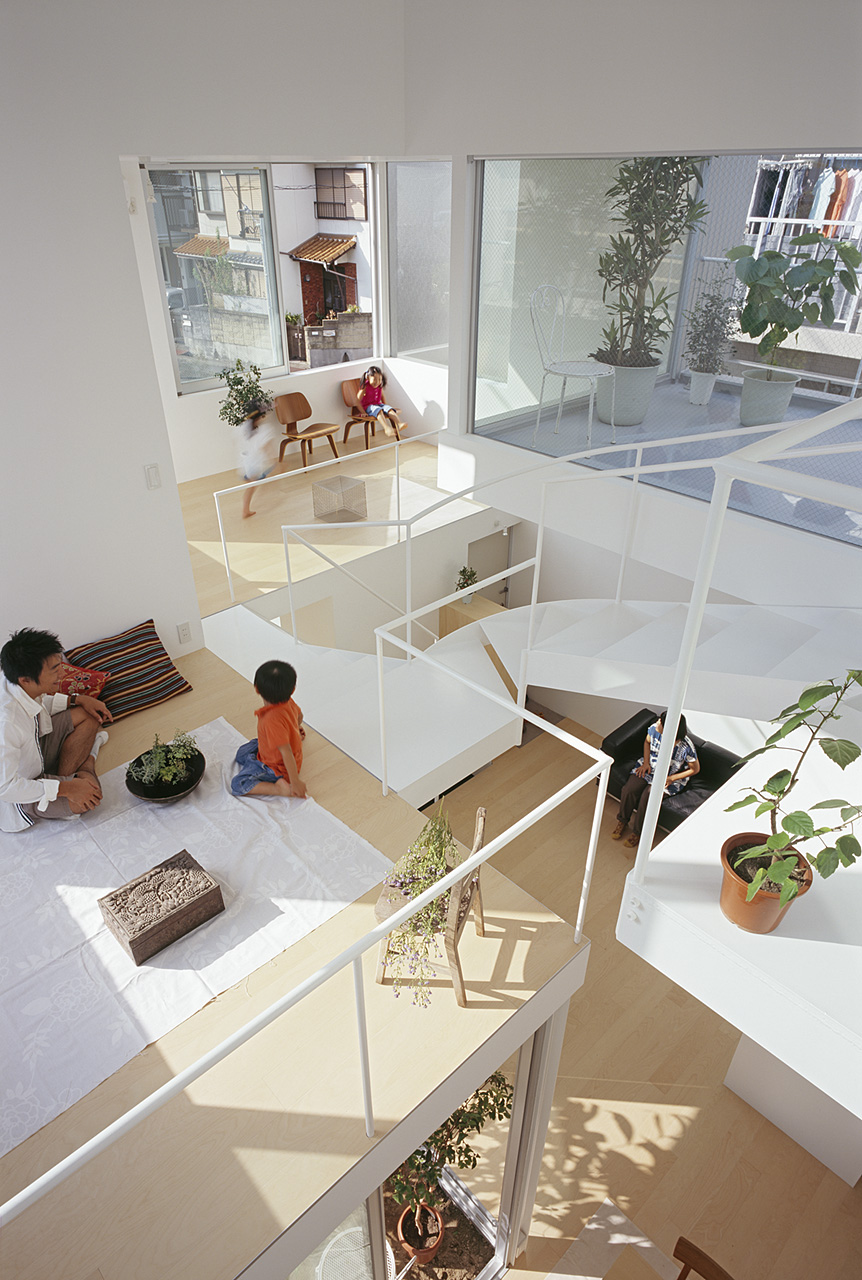 It manages to maintain the diversity of a certain state of equilibrium with order. The order should not constrain the system, but it should rather loosely define its relationship. I aimed to create an architecture in such a soft order. 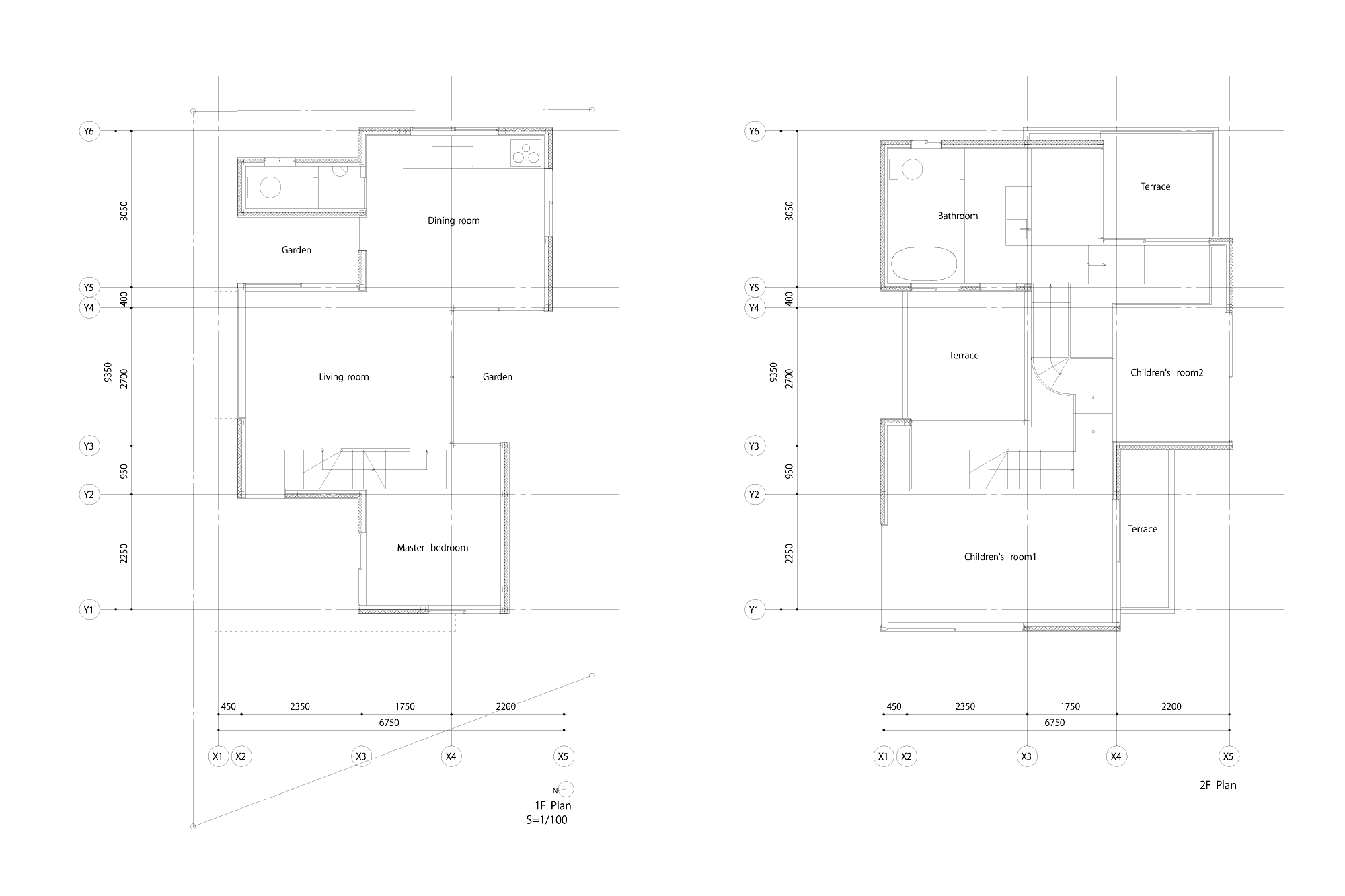 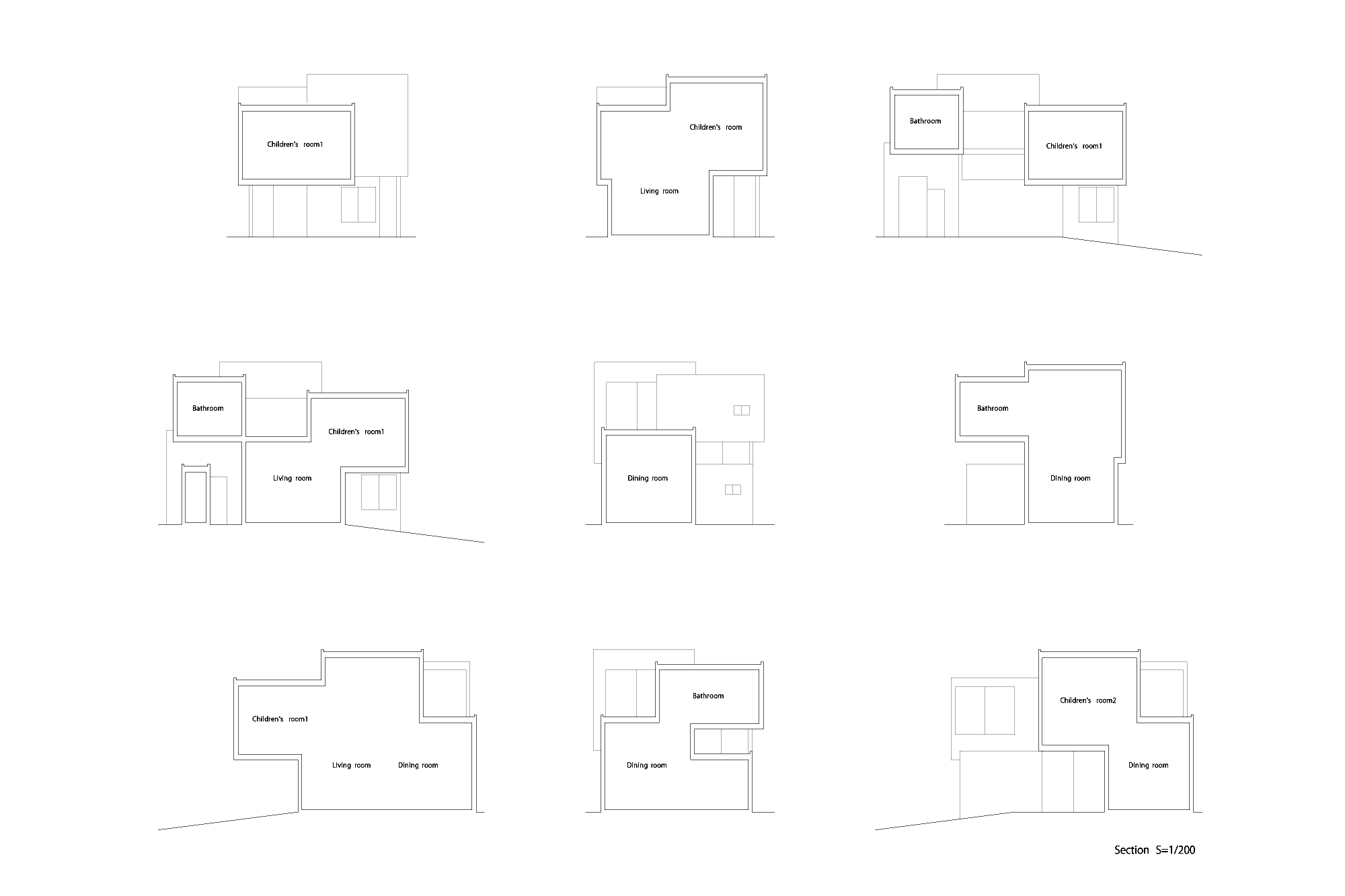