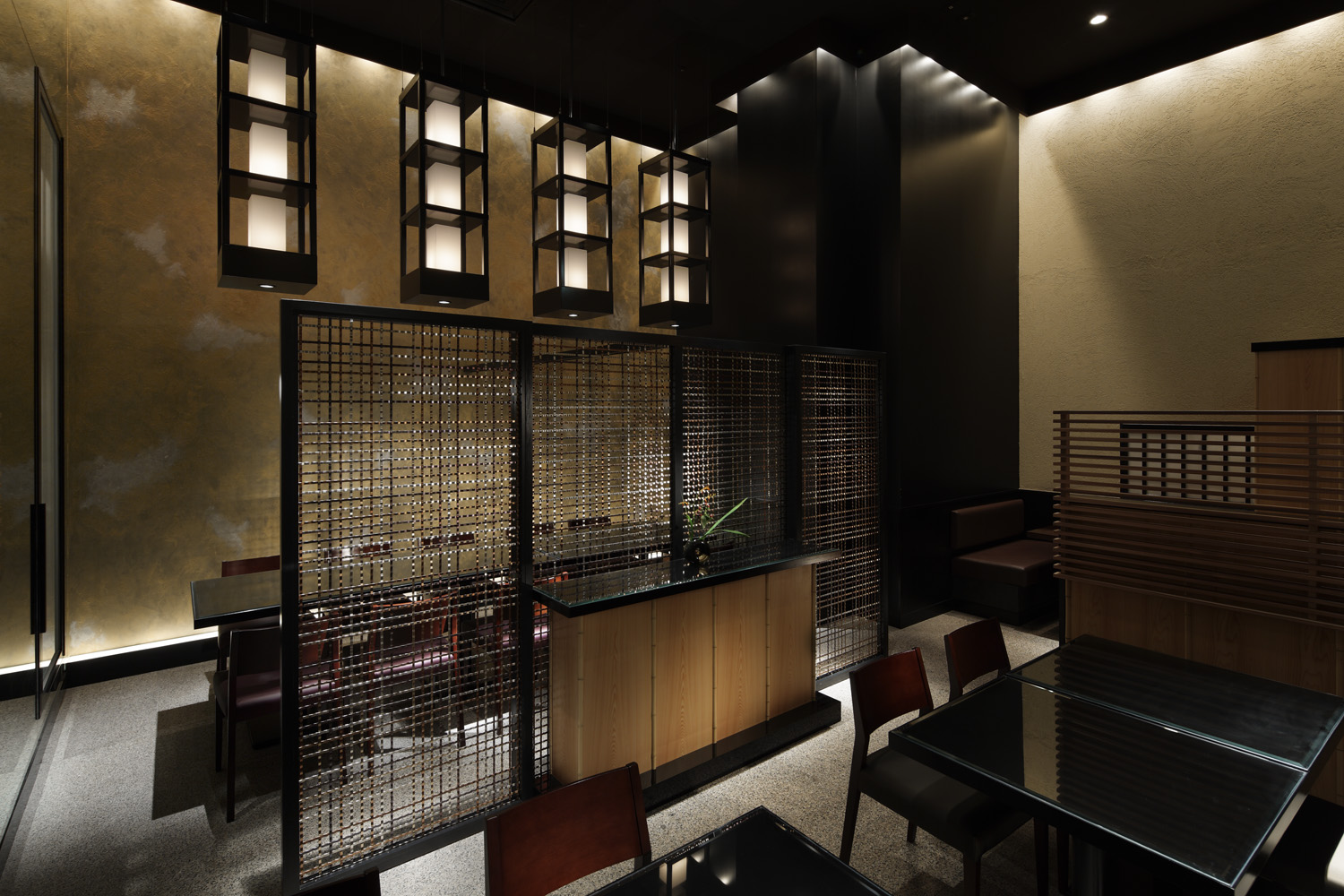 Local production for local consumption is a concept behind this Japanese-style food restaurant which is located on the fifth floor of a business complex with the theater in Osaka, and adhered to foods and alcohol of Kansai region. 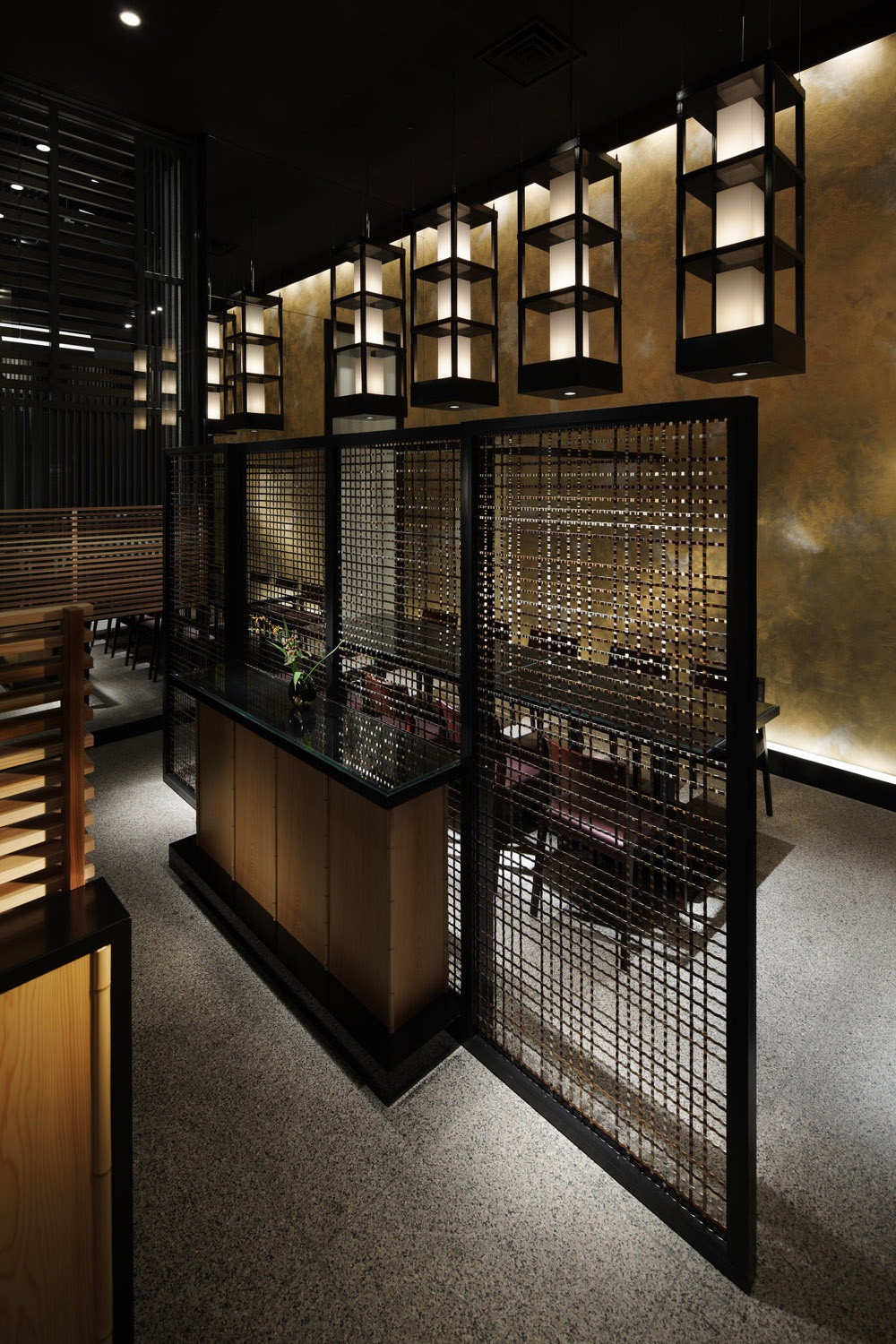 The woman customer in the broad age group from 30 to 50 years old enjoys a slow meal for lunch, and it is used for a dinner in entertainment or an organization from a neighboring office on weekdays. Using existing project, since it was a lending-a-shop-with-stocks-and-all matter, harmonizing with the high-quality image of a Herbis Plaza building, and increasing the calm single room was called for. Then, what of Fushimi Momoyama Era — Taikou Hideyoshi’s gorgeous was imagined and “ZIPANGU” was proposed as a design concept.

The main materials are made into five of 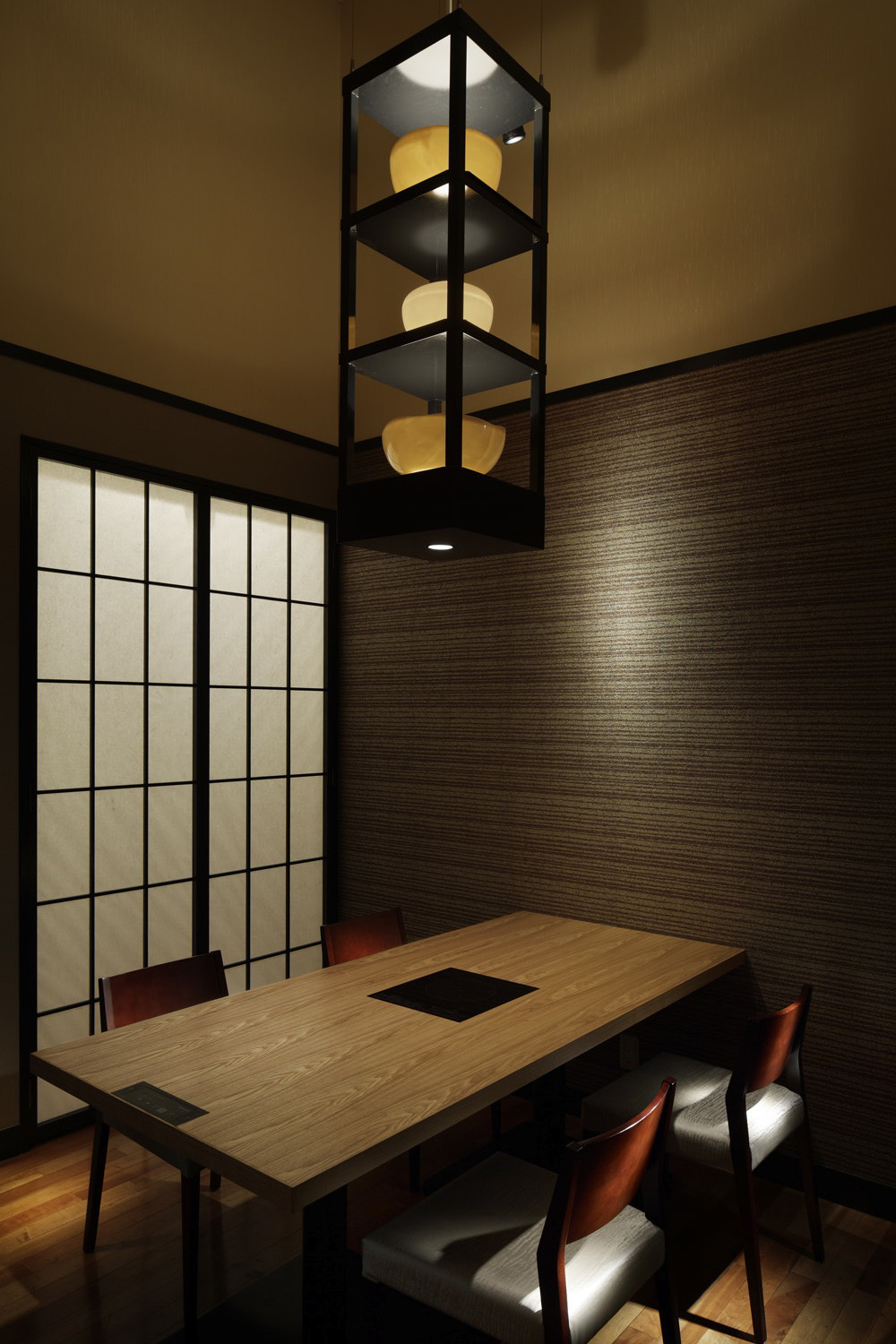 I moved it in the entrance passage front to invite a visitor because the ground plan was the position that the position of the cash register in front was hard to use and divided a seat into the right and the left from there.

The left-hand side seat wall was made into the highlight of the store No. 1, special gold paint has been used as a tribute to Hideyoshi, and silver was re-coated so that like a cloud might be drawn on some places. Installed paper-covered lamp shade lighting with the framework to which black gloss like lacquered is in the high-ceiling upper part, Miller of the surface of a wall was made reflected, and the size of space was made to emphasize. 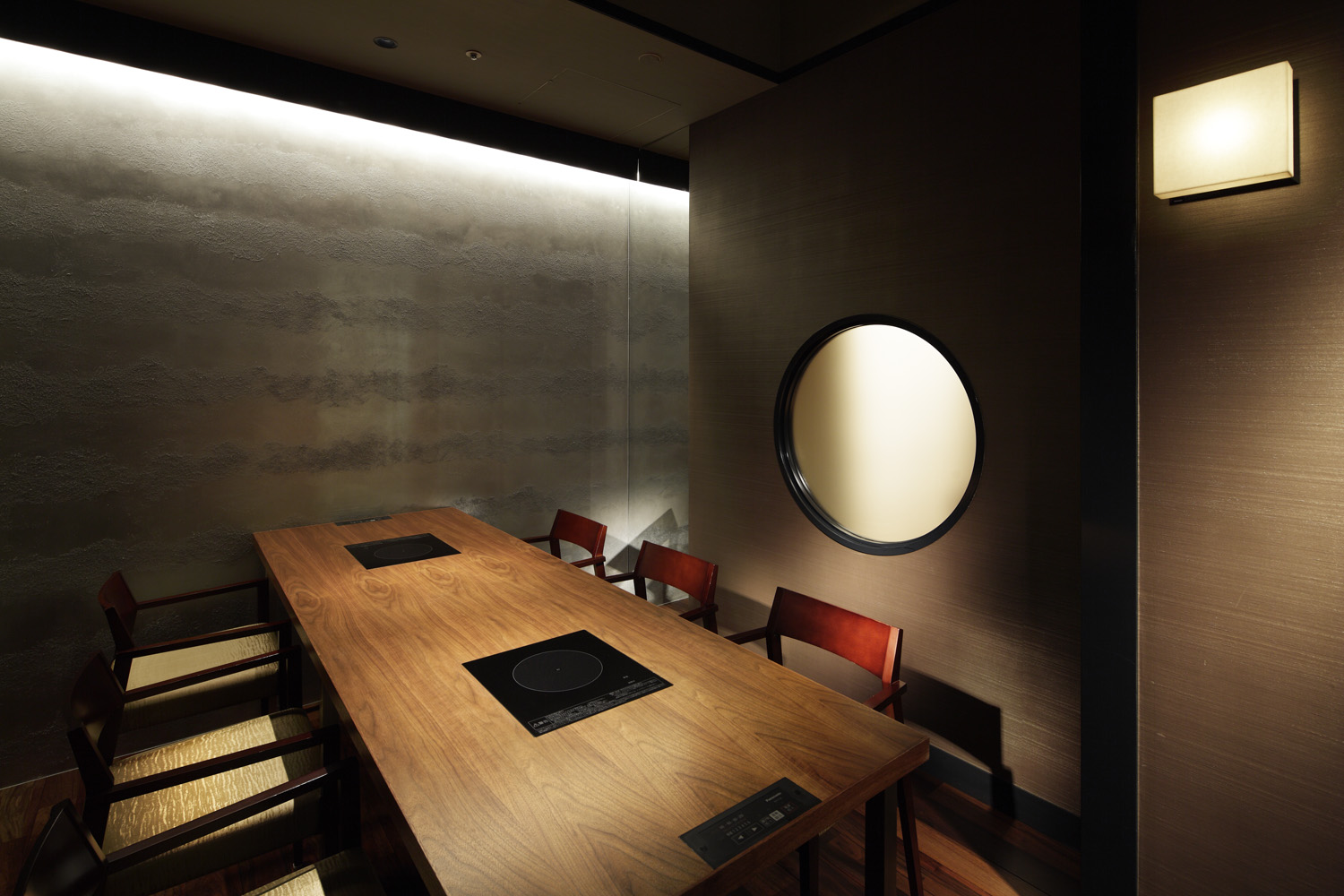 If the wire net which the tension place of the chair chose the material with gloss with effect, and was used for the front partition weaves in gold, silver, and the stainless plate made to color in a bronze color in a random position and light hits — a small sum — glitteringly — it shines.

The material composition which was conscious of gloss expressed present-day “Naniwa”, and it has directed the place in Halle which brews high-quality appearance. 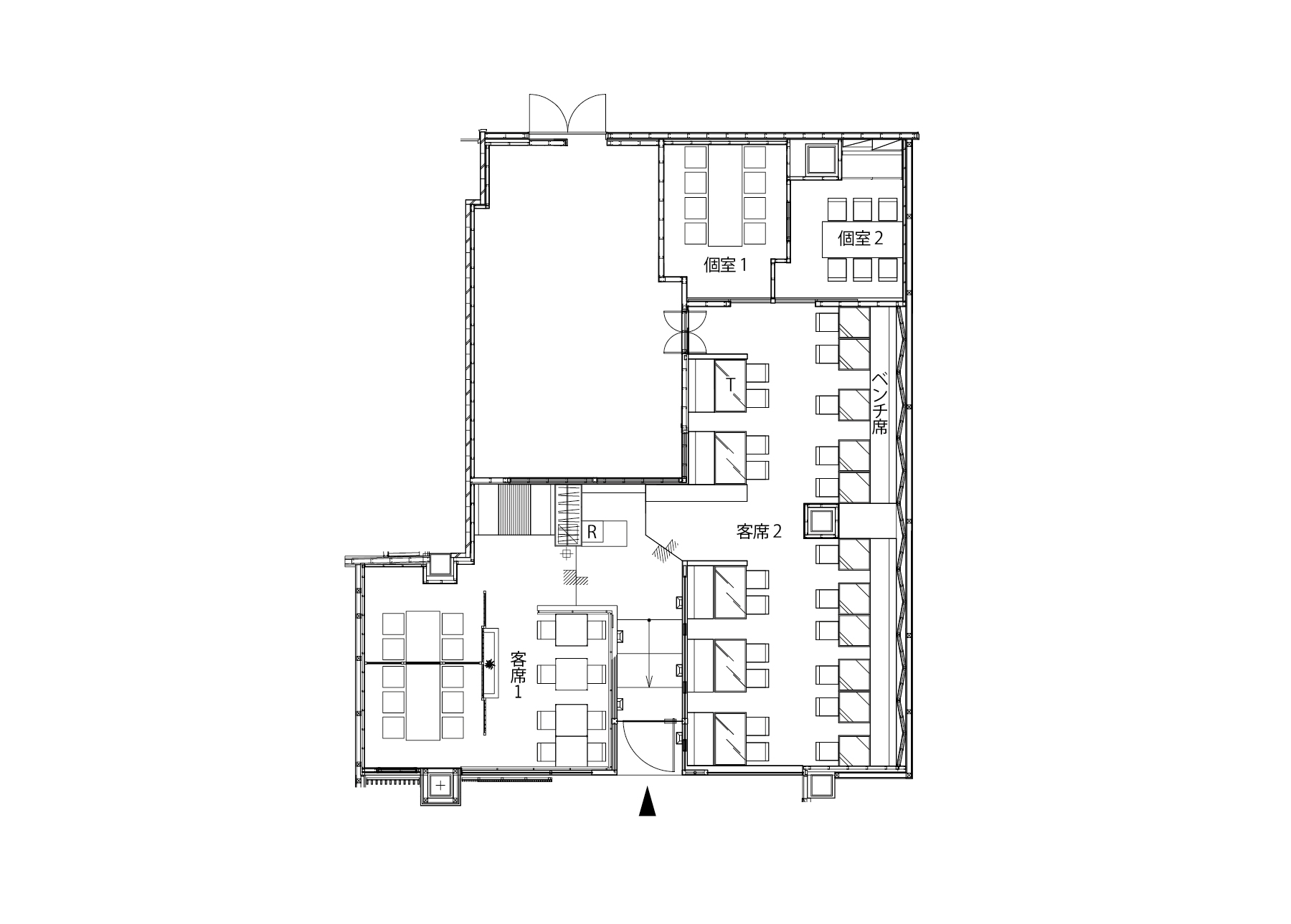 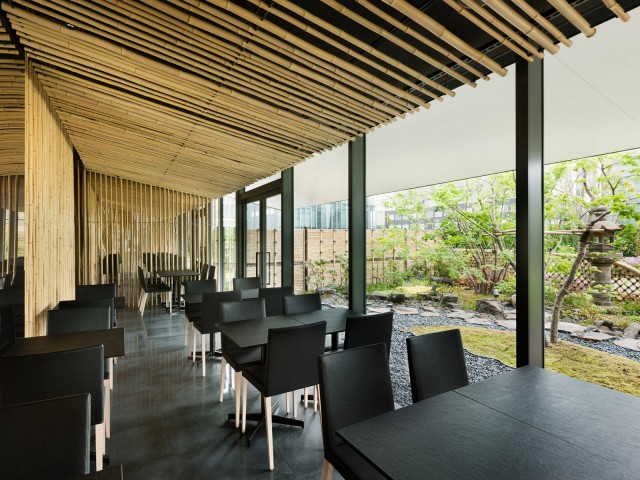 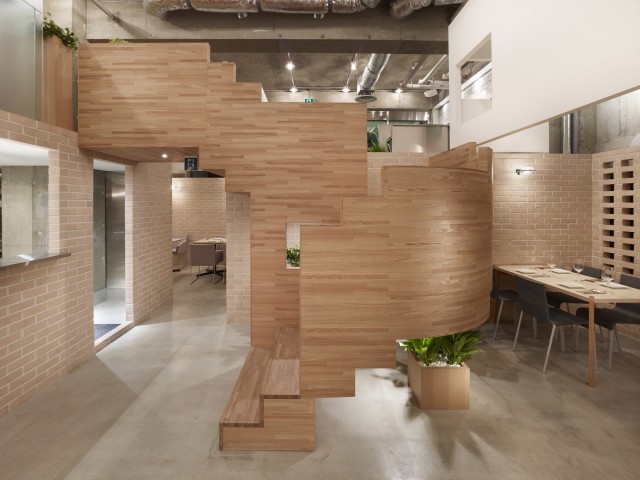 On the corner | EASTERN design office