June 22, 2013 · by darko svilar · in hotels and restaurants, Japanese architecture 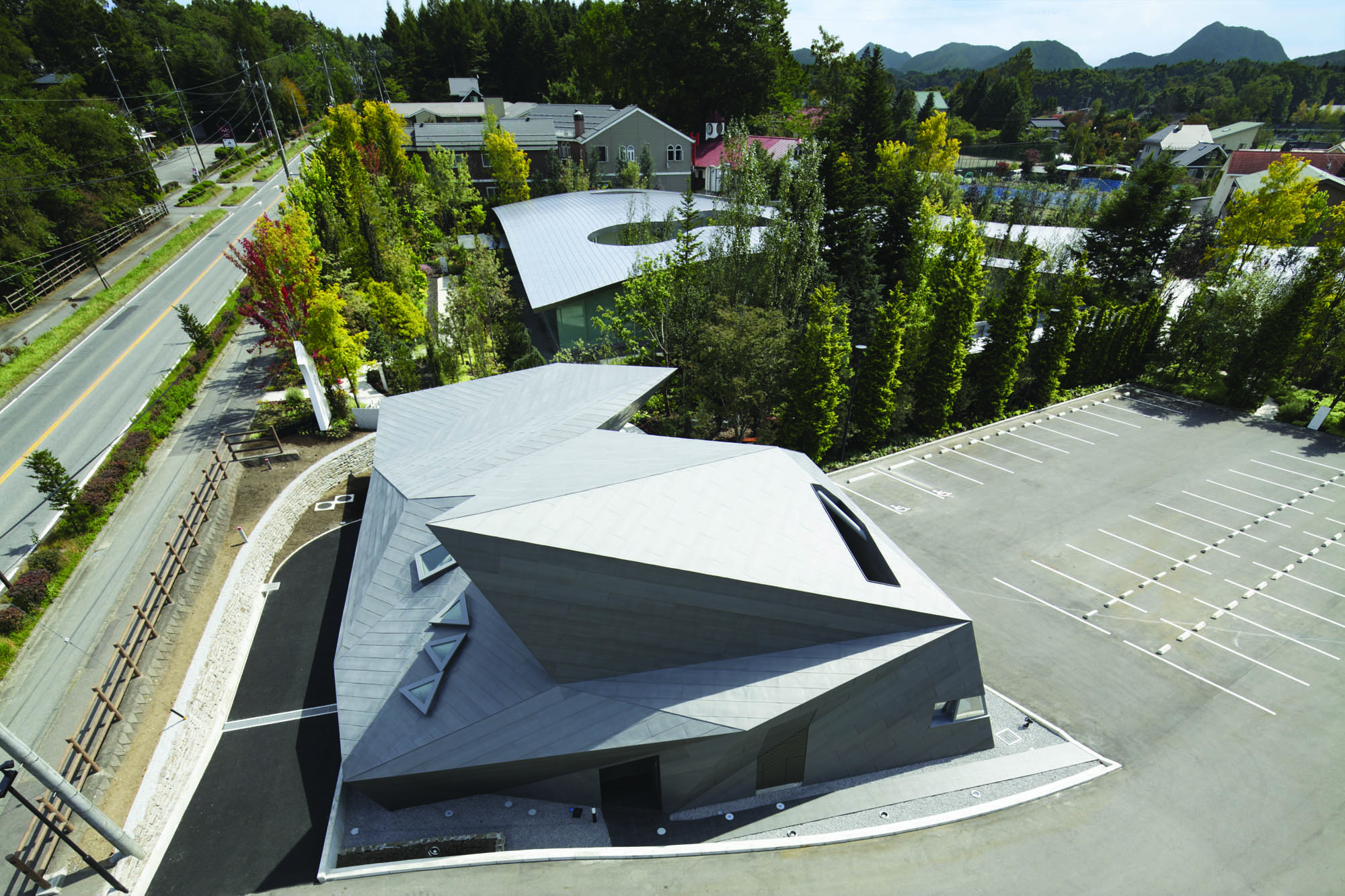 I was requested, after winning through the competition, to design a facility accompanied to the museum of Hiroshi SENJU, a world-famous Japanese painter/artist.

Before I started the actual planning, I prioritized building my conceptual work first (i.e. geometrical shape containing both traditional and modern forms) in order to make my design coexist on the same site with the museum that had a curved form interpreting Karuizawa’s nature in an elegant way. 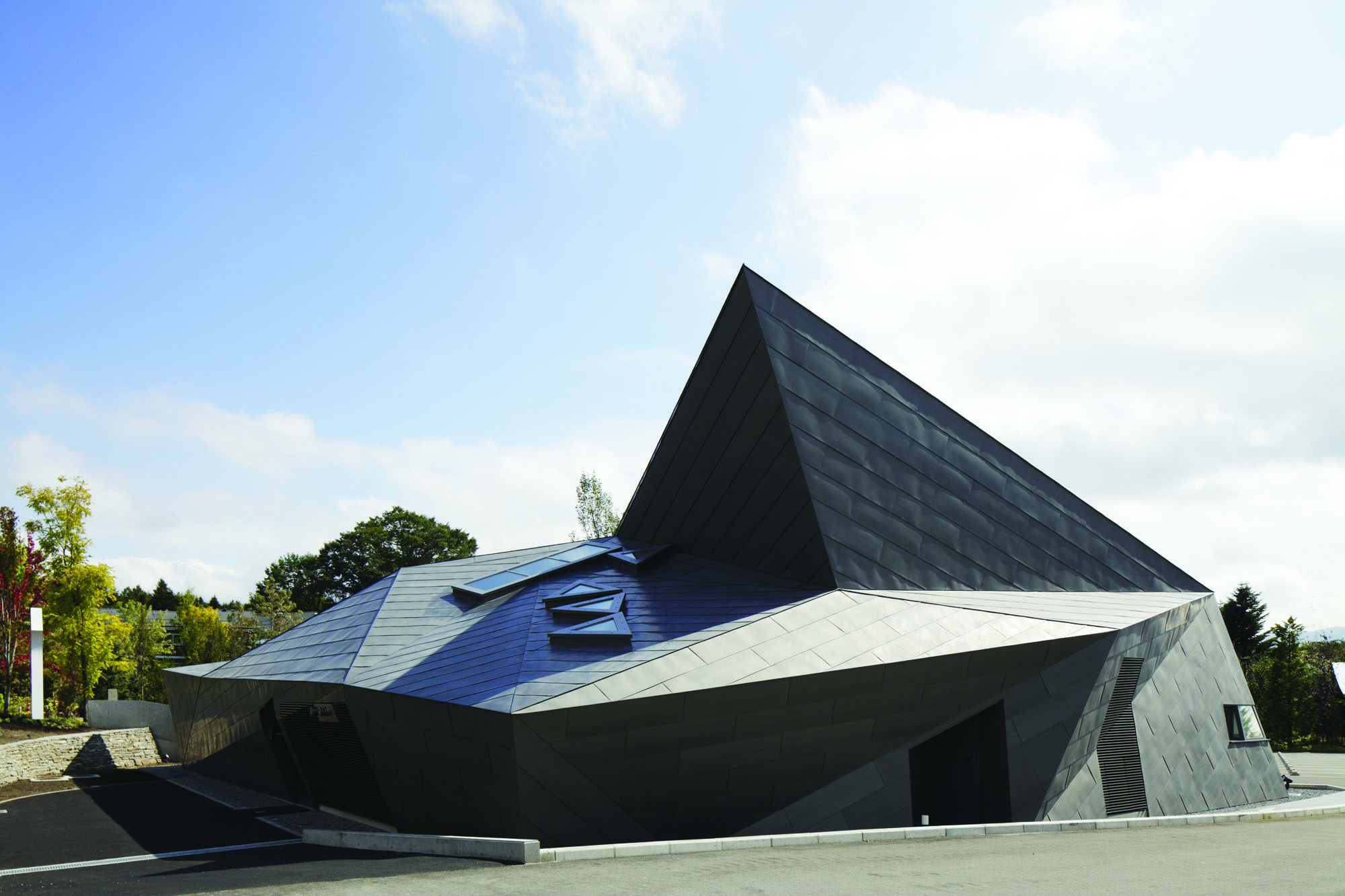 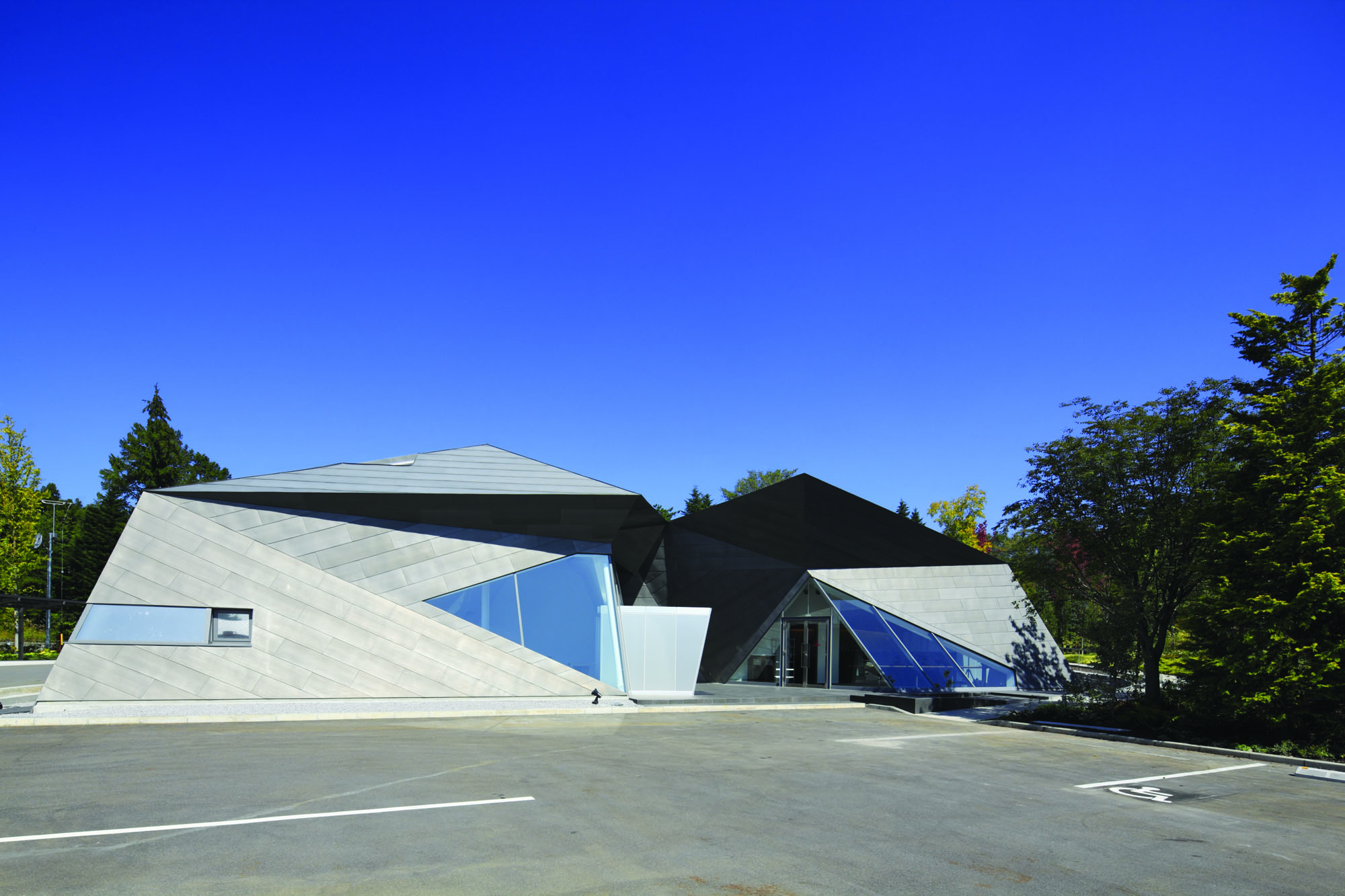 I built the design concept form Japanese art culture in order to create an architecture suited to the museum having art pieces appraised internationally. 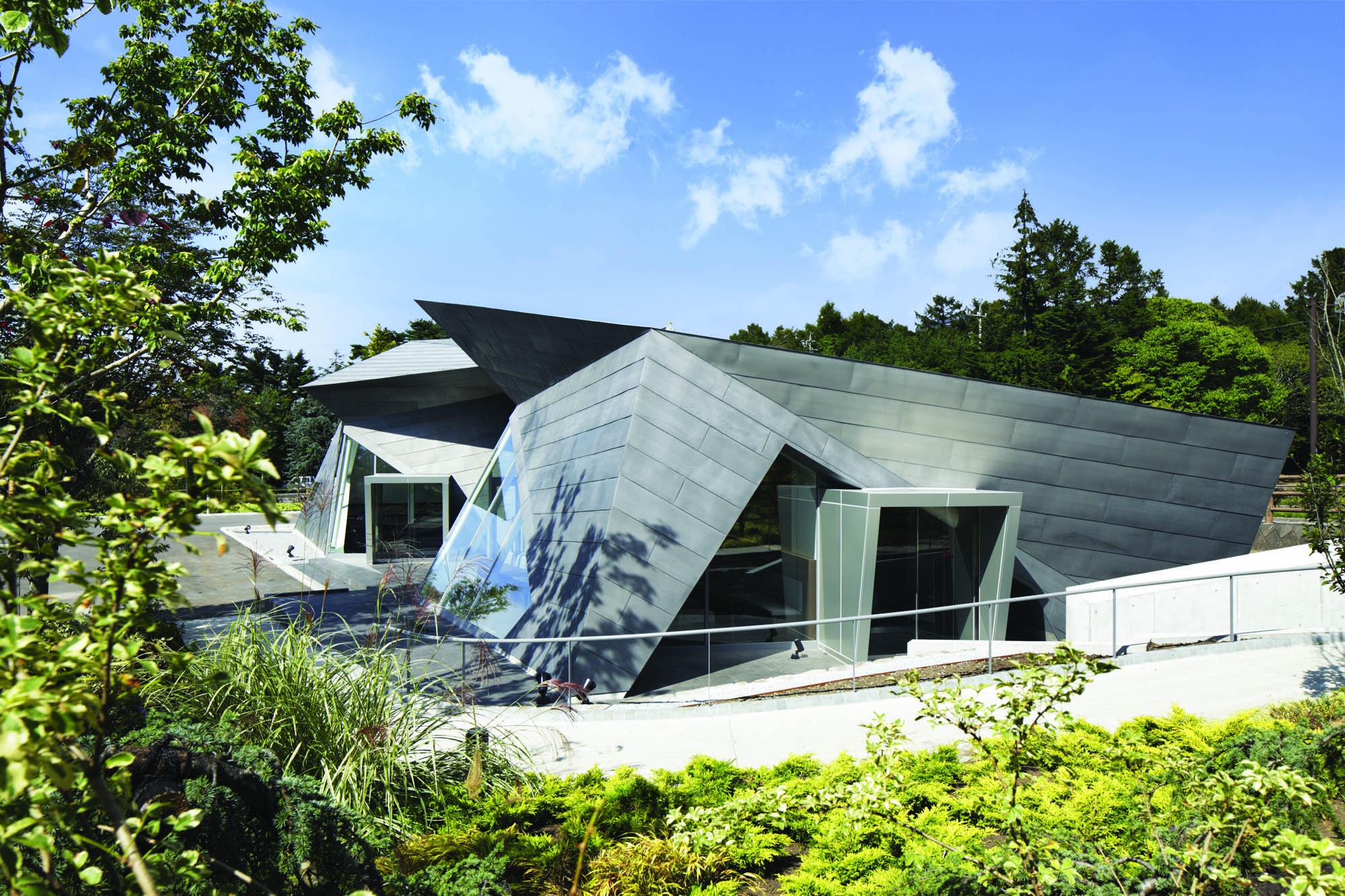 Such Japanese craft as ‘Origami’, ‘Sensu fan‘, or ‘Byobu screen‘ are created from just one piece of paper, having an infinite possibility to be shaped in various forms. They also have similarity to western geometric design, which are even led to modern art with their originality and beauty. 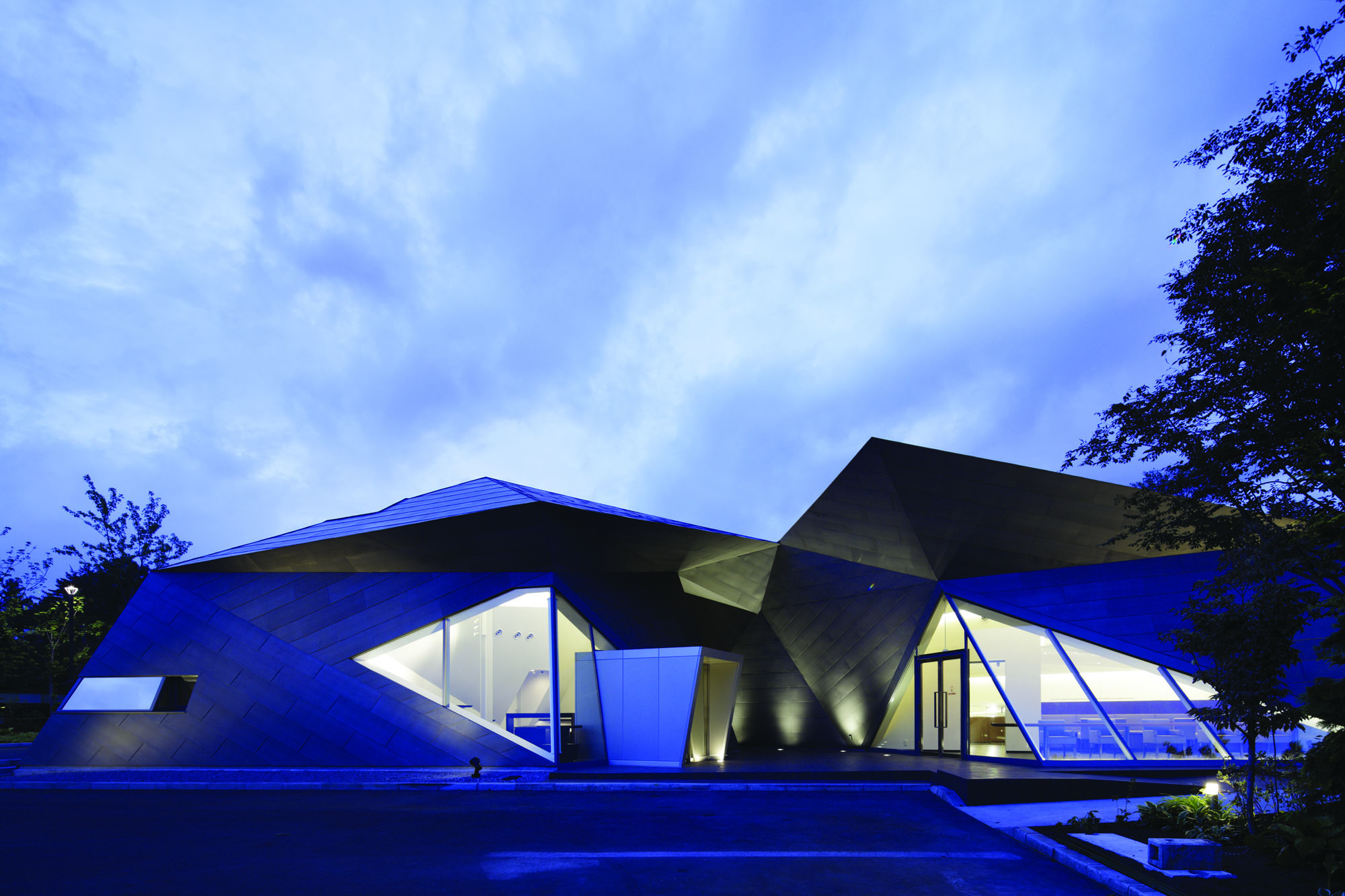 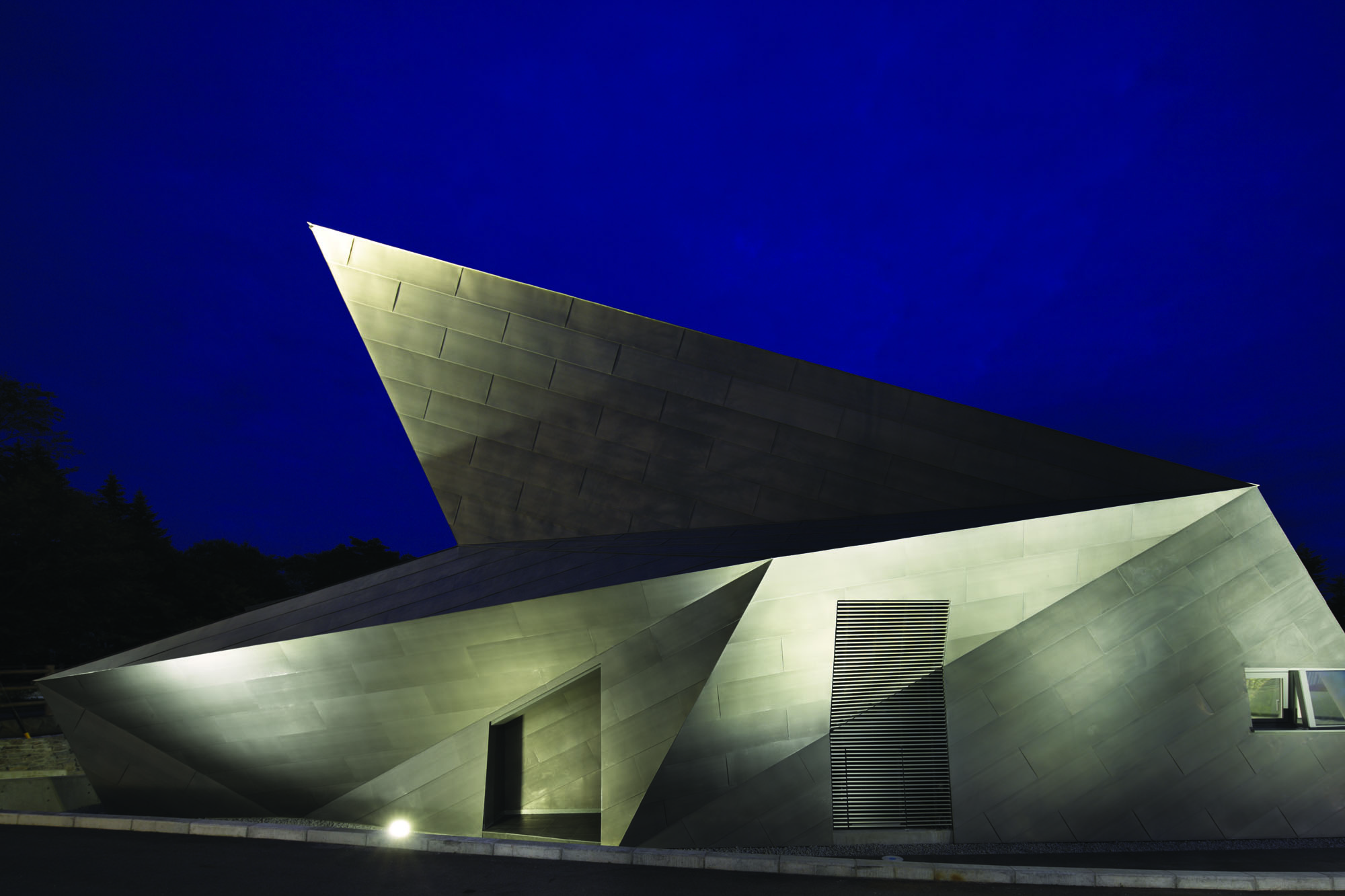 I, at the same time, thought my design coexist with sharp lines of mountainous scenery seen in this area such as Yatsugatake or Asamayama mountains, which is totally contrastive with the curved lines of the museum. 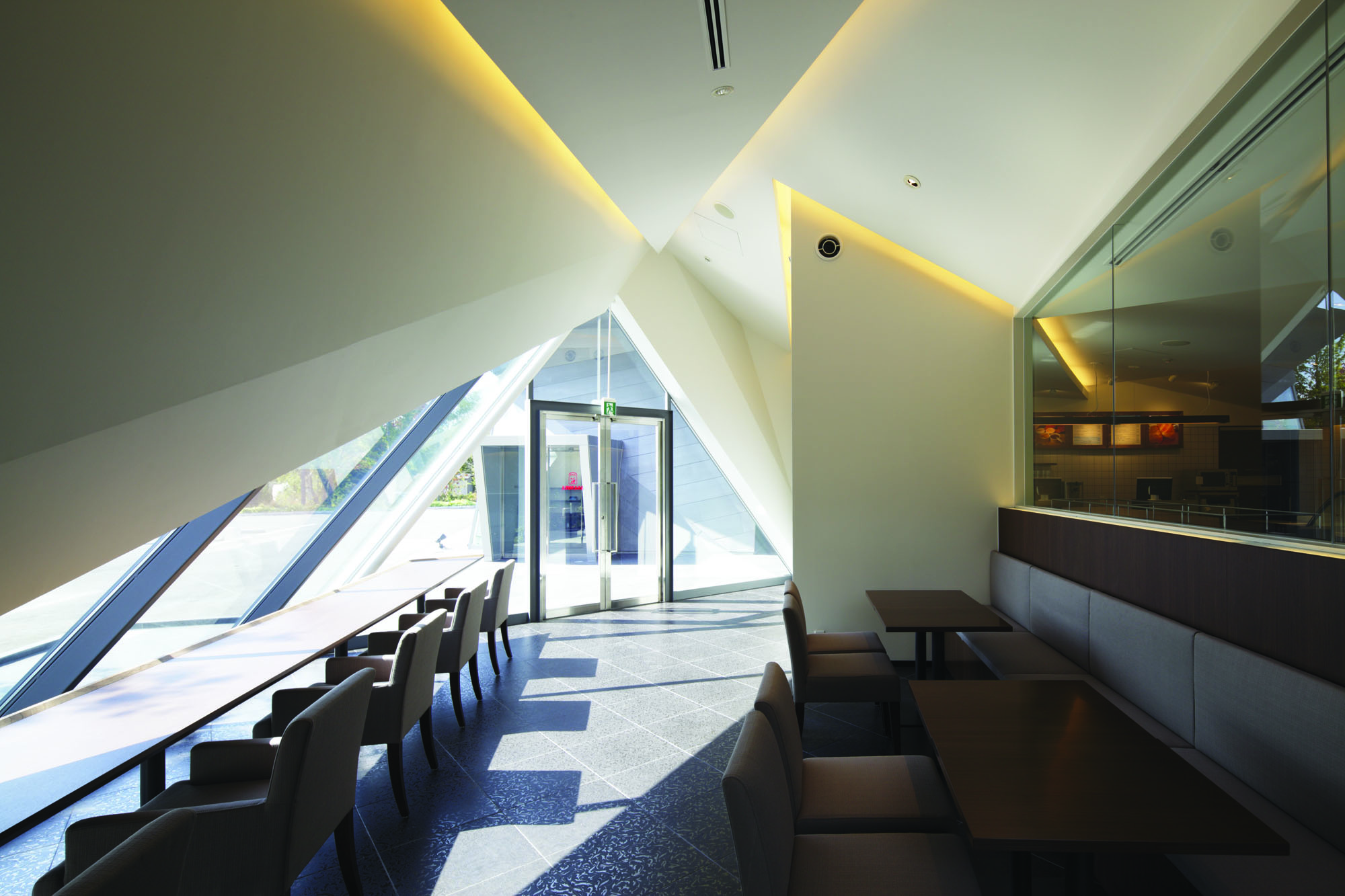 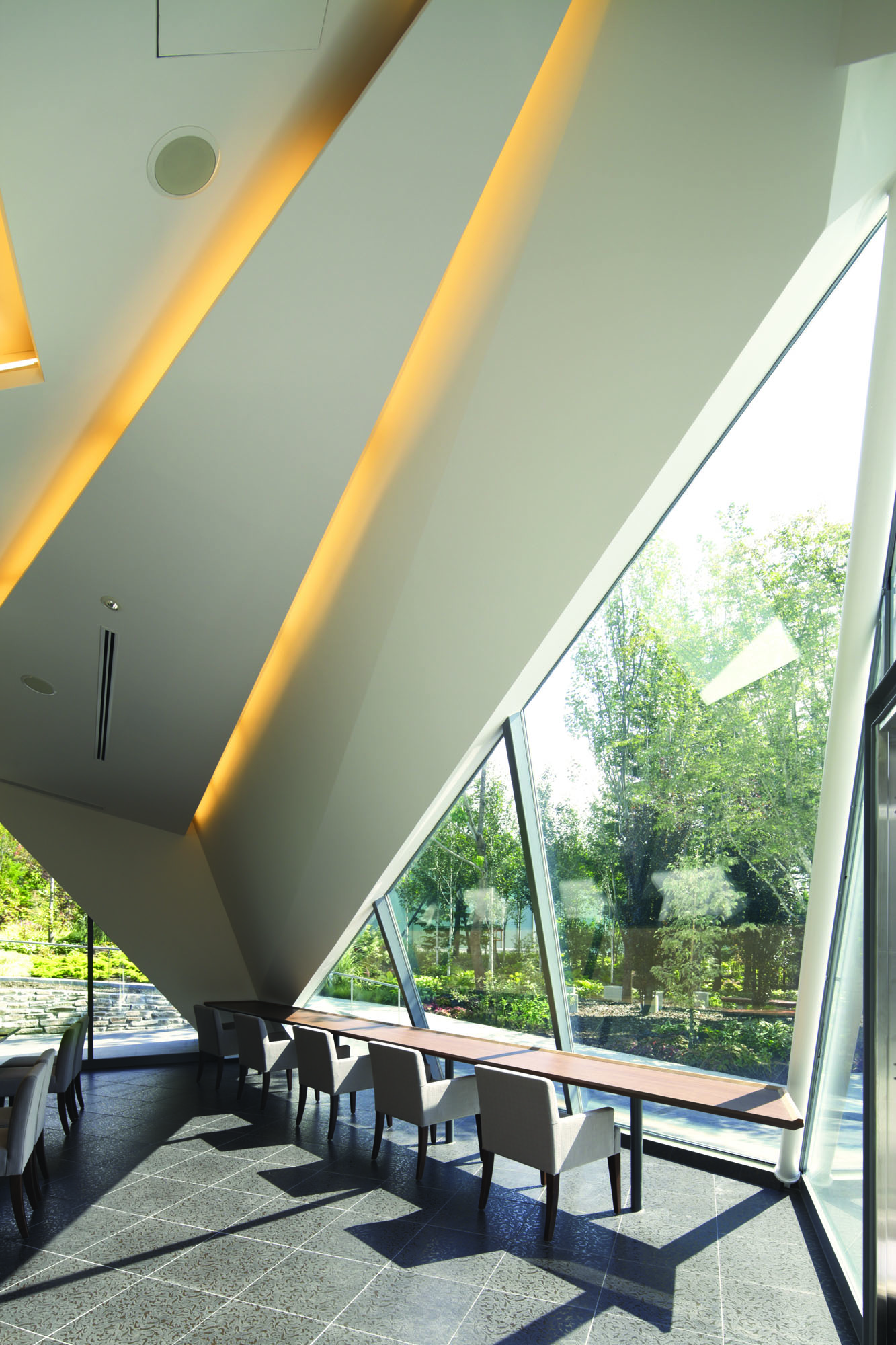 Another important factor I kept in mind as a theme was that my architecture had to work as a landmark where people might encounter artworks, not only as a facility next to the museum. 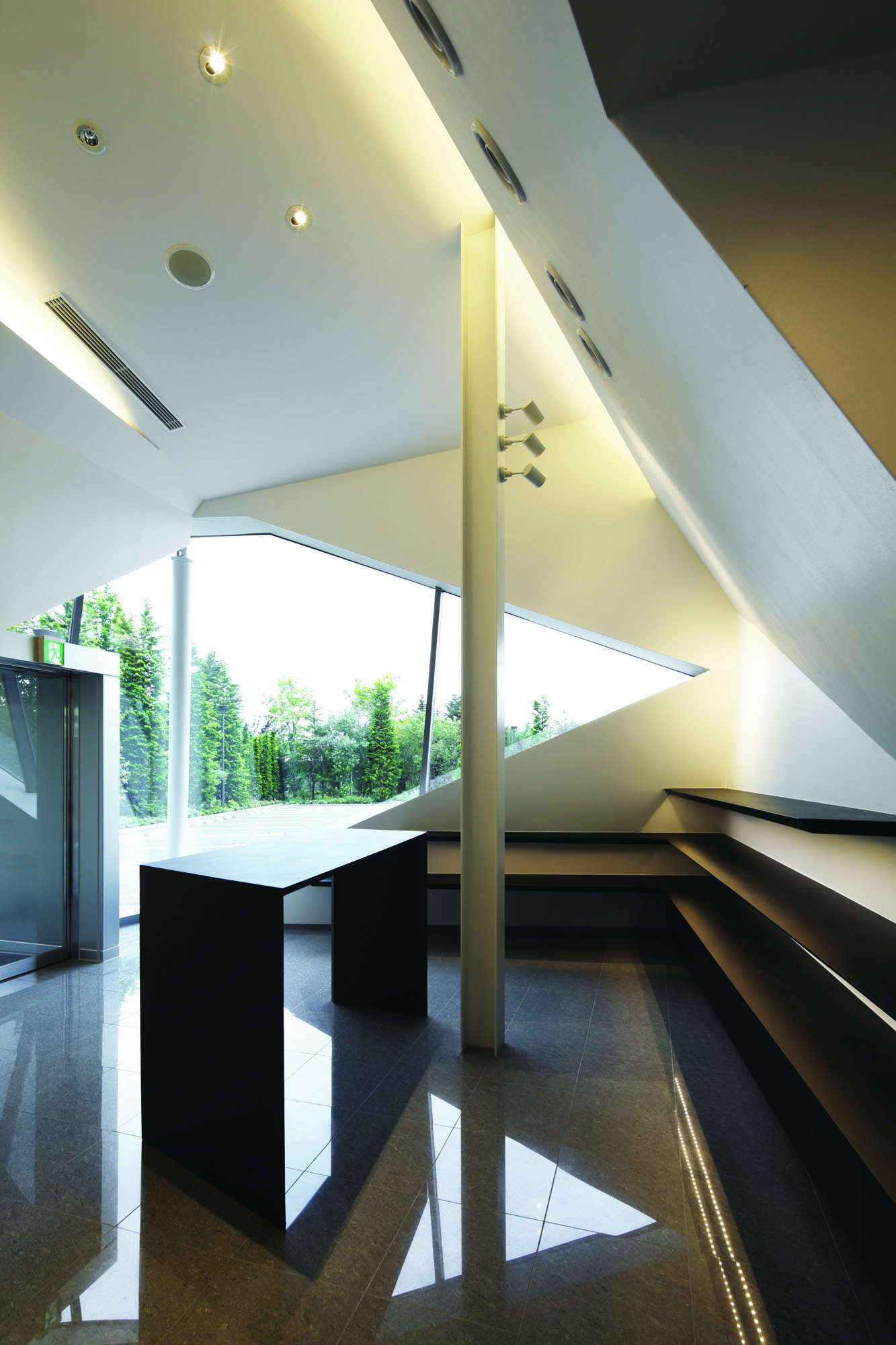 I aimed my design to born infinite possibility with the museum that have totally different elements from my design, just as one piece of paper could be shaped to any possible forms by human hands. 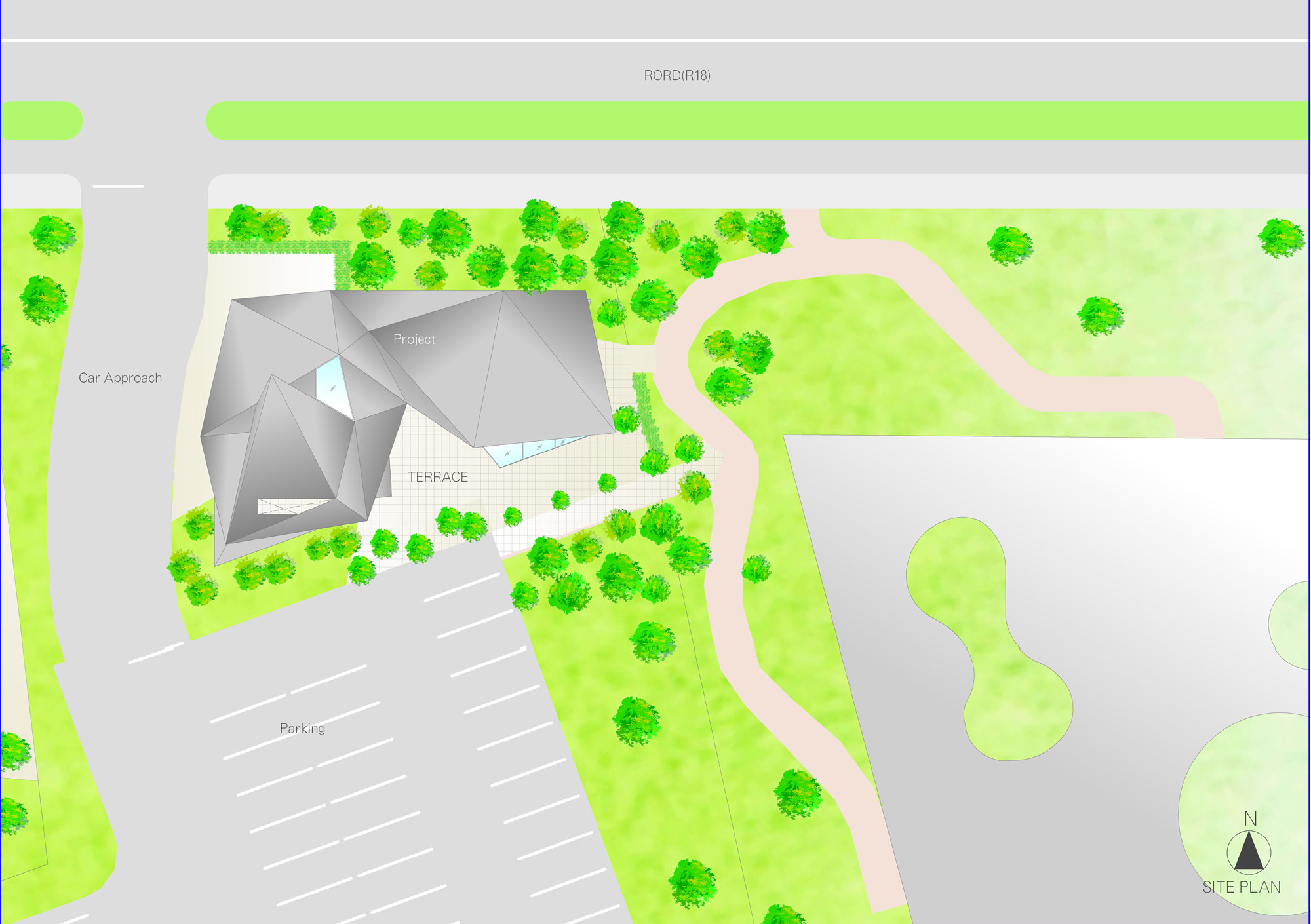 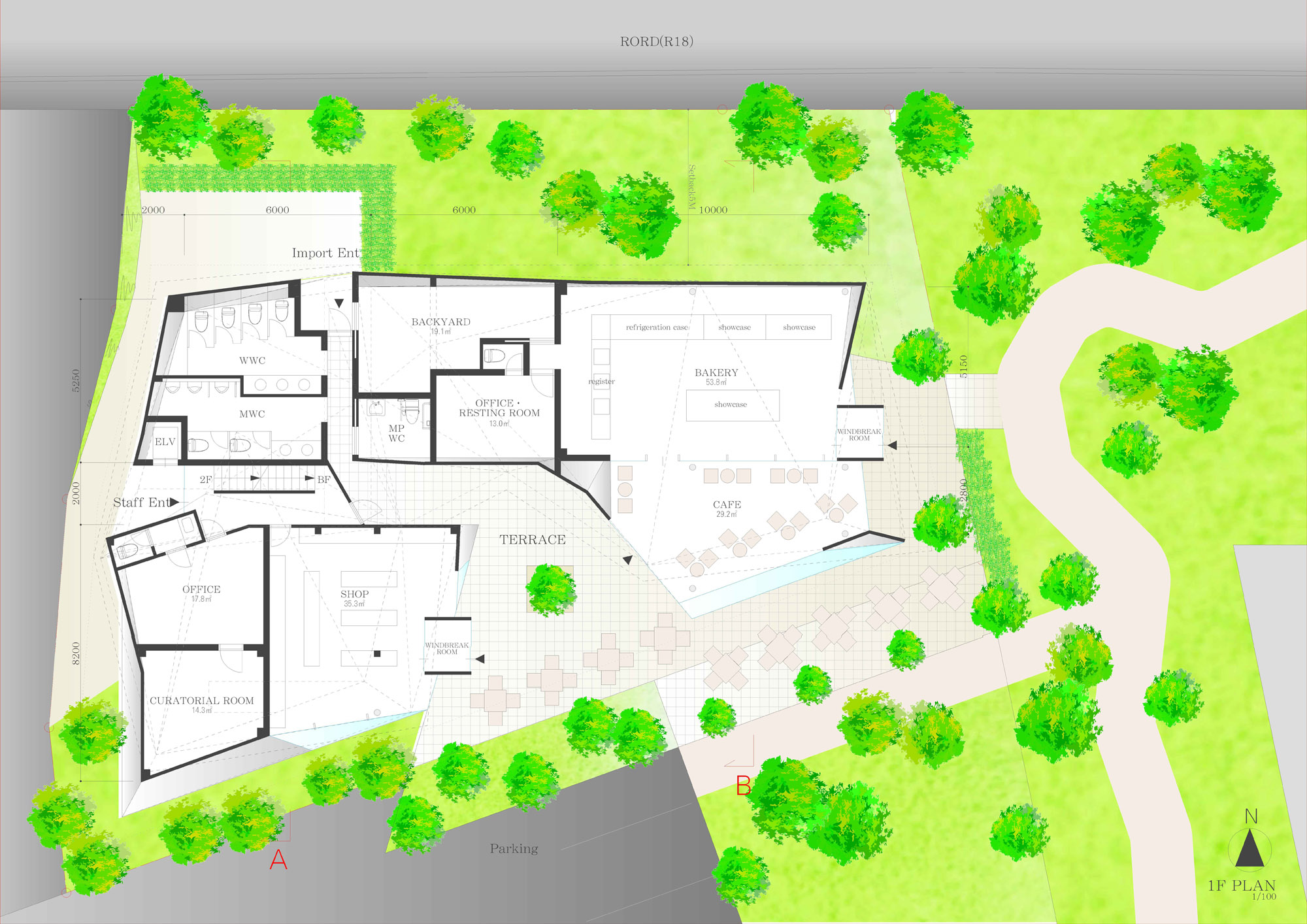 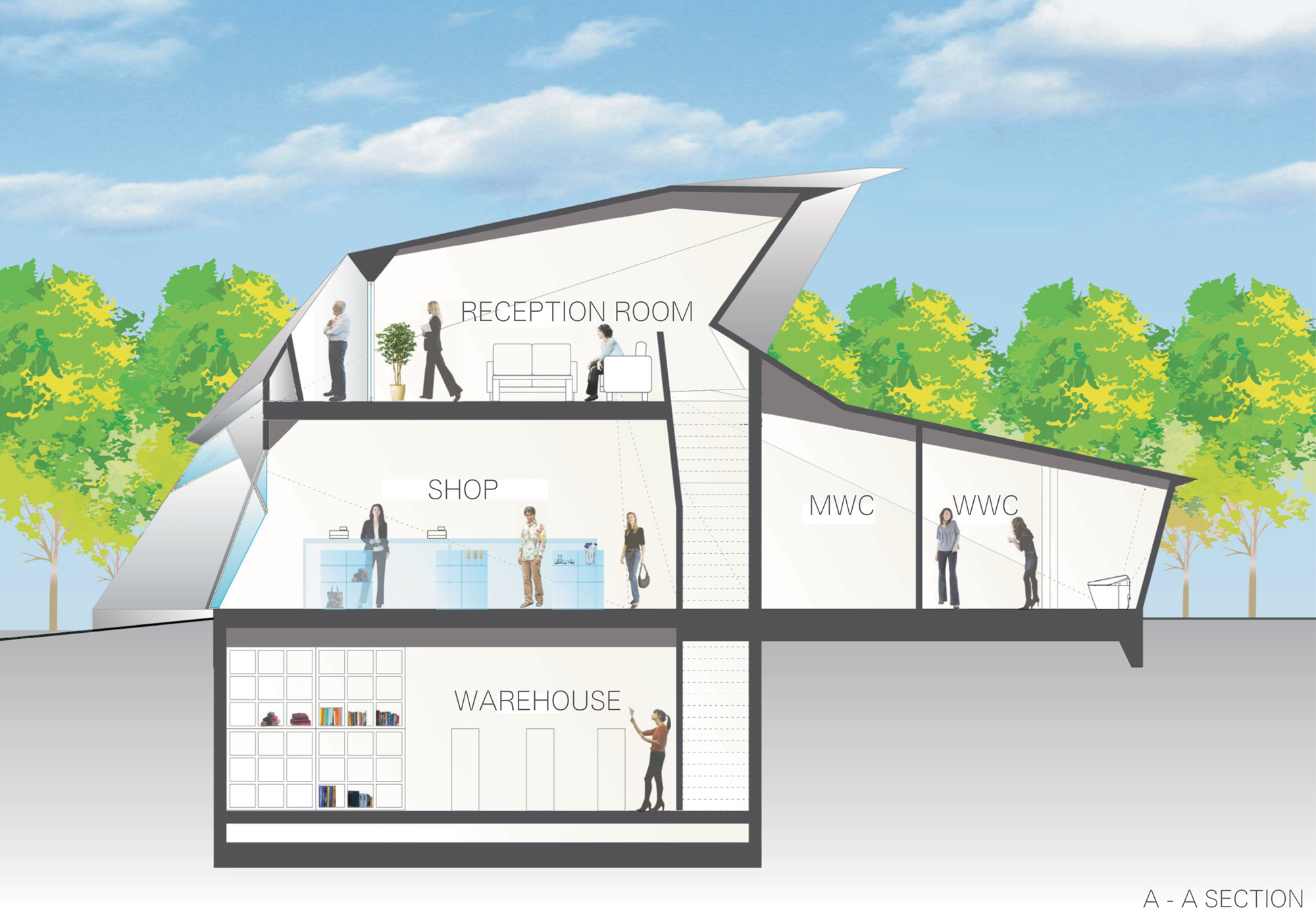 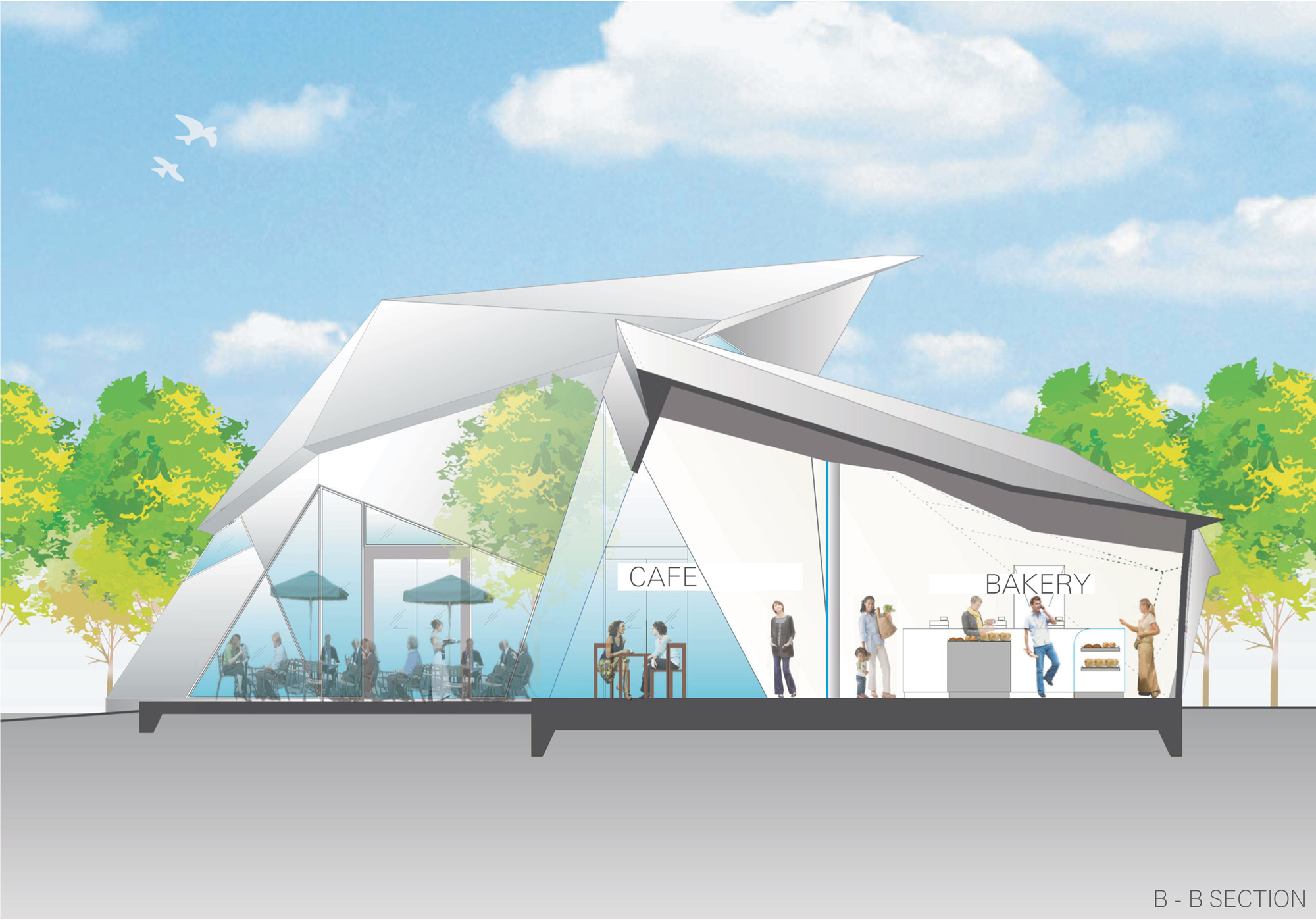 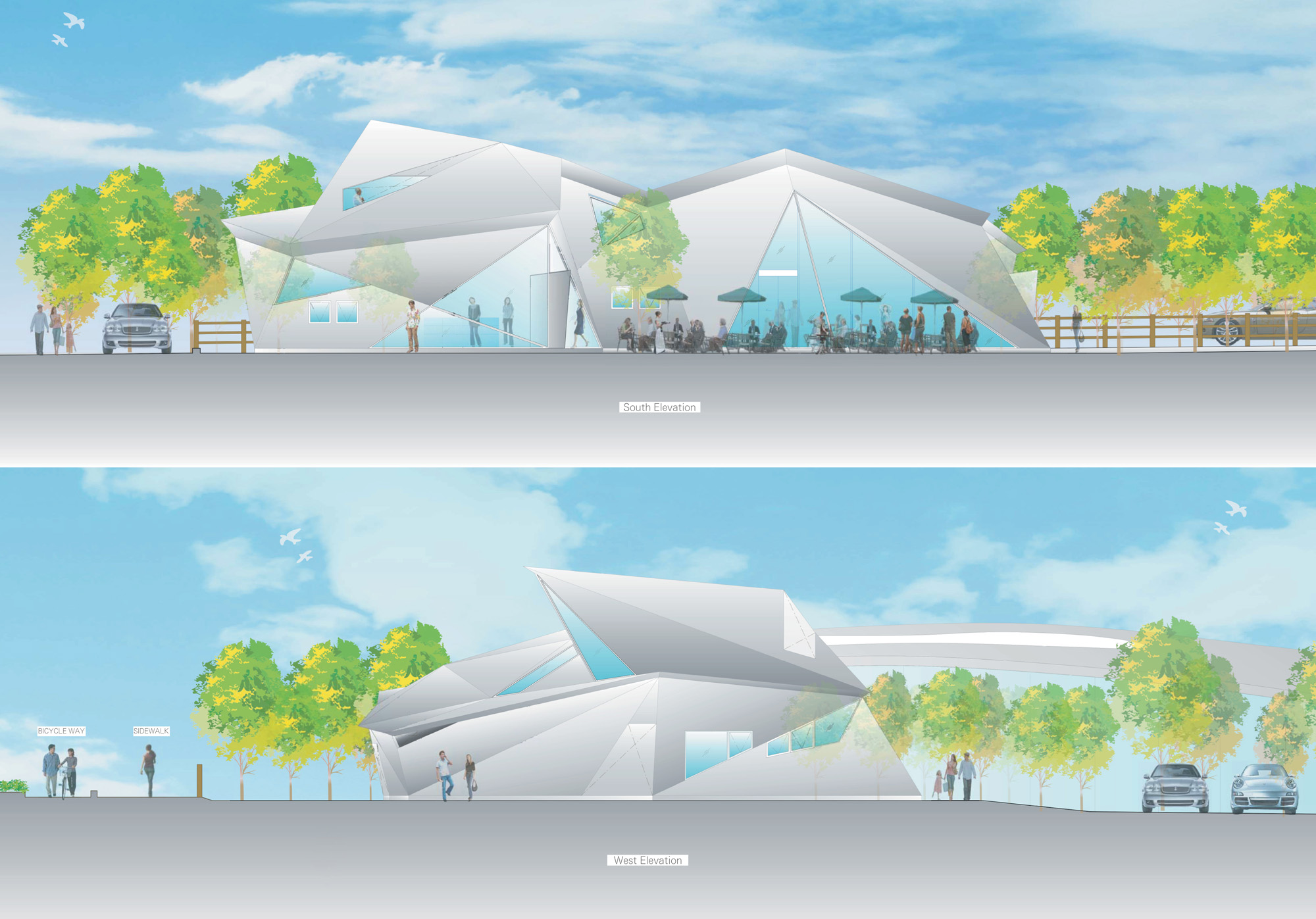