A playful modular drawer system which can be opened from four sides. Each compartment requires a consideration of “what to store”. 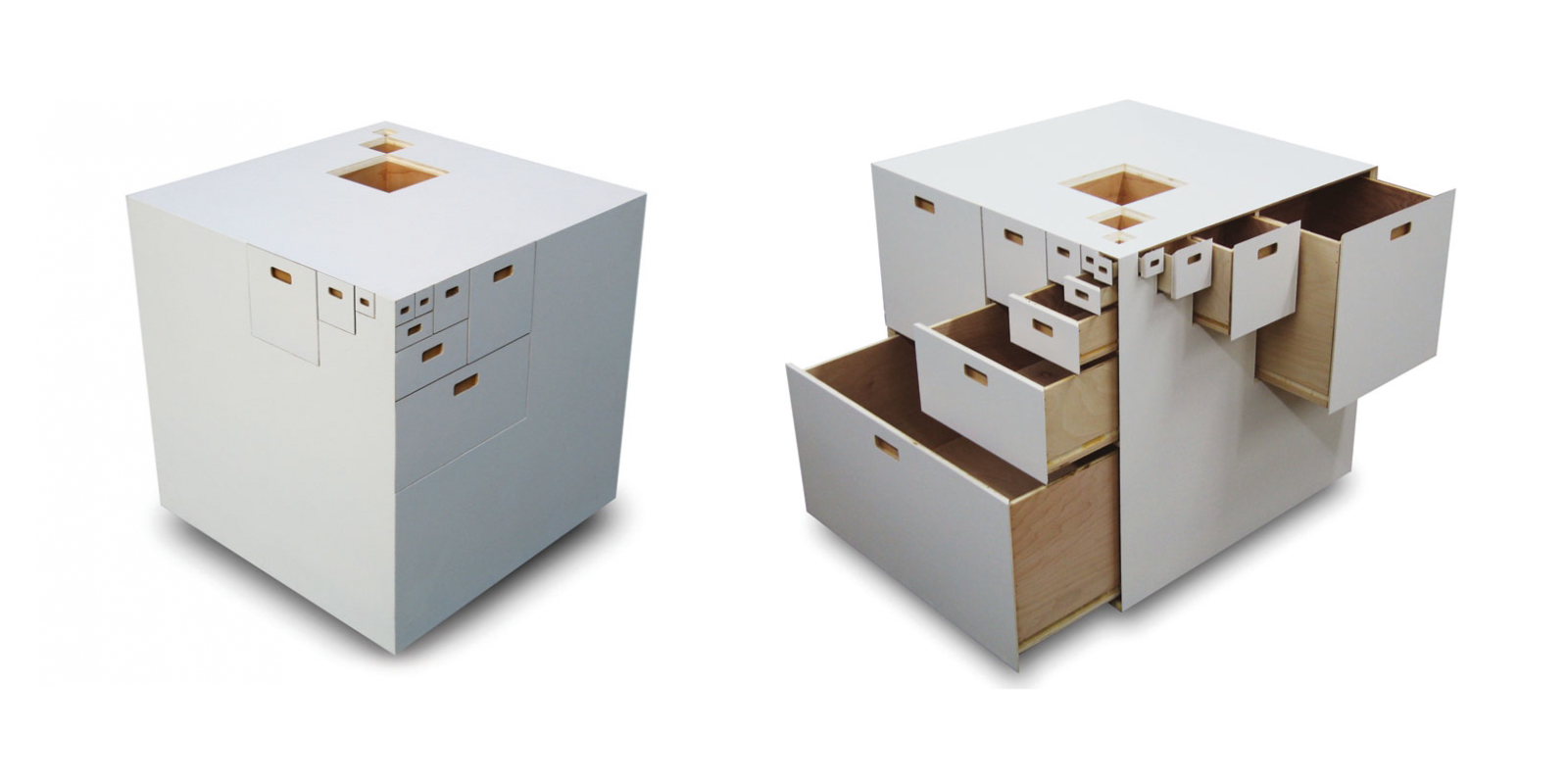 fractal 23 has drawers on all four sides

The original idea for ‘fractal 23’ came after a series of cubical study sketches in which I experimented utilizing front & back (positive & negative) spaces in a cube. 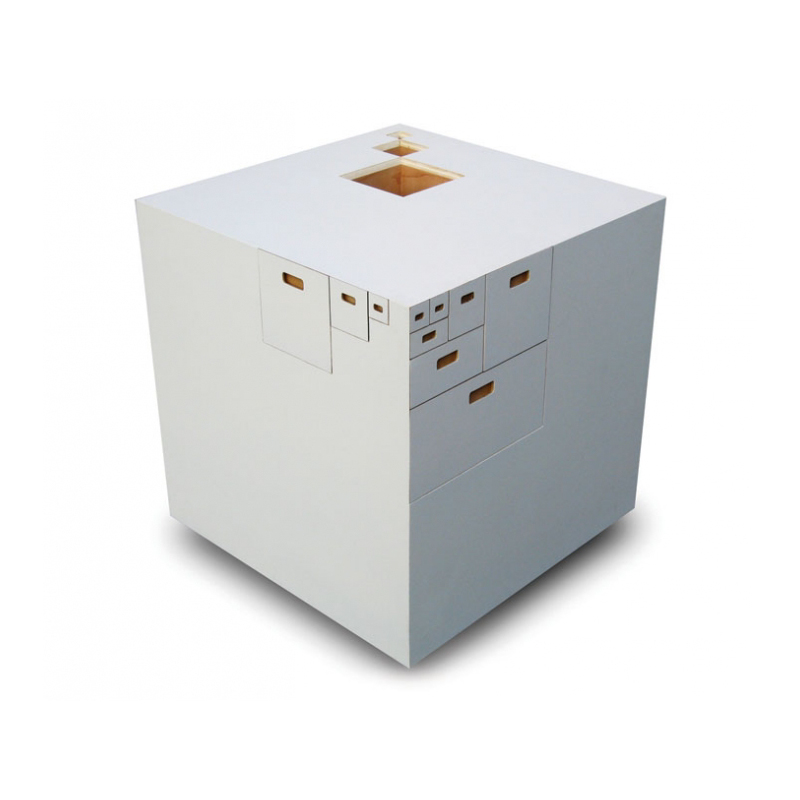 In other words, when I design the front of the cube depending on how I divide the the space inside, there were left over spaces that could only be reached from the back. I was really fascinated by this simple but essential discovery. Then I realized that when I used fractal geometry, I had to open all four sides to complete the occupation. 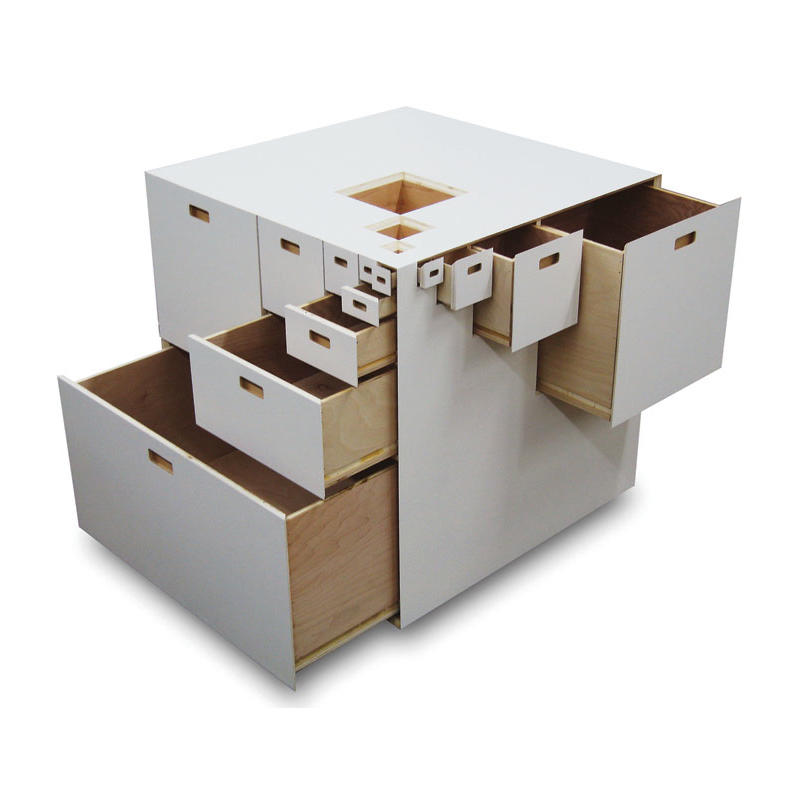 smallest drawers are big as a thumb

Even though ‘fractal 23’ is graphically strong and in that sense “eye catching”, it still has a strong concept behind it. 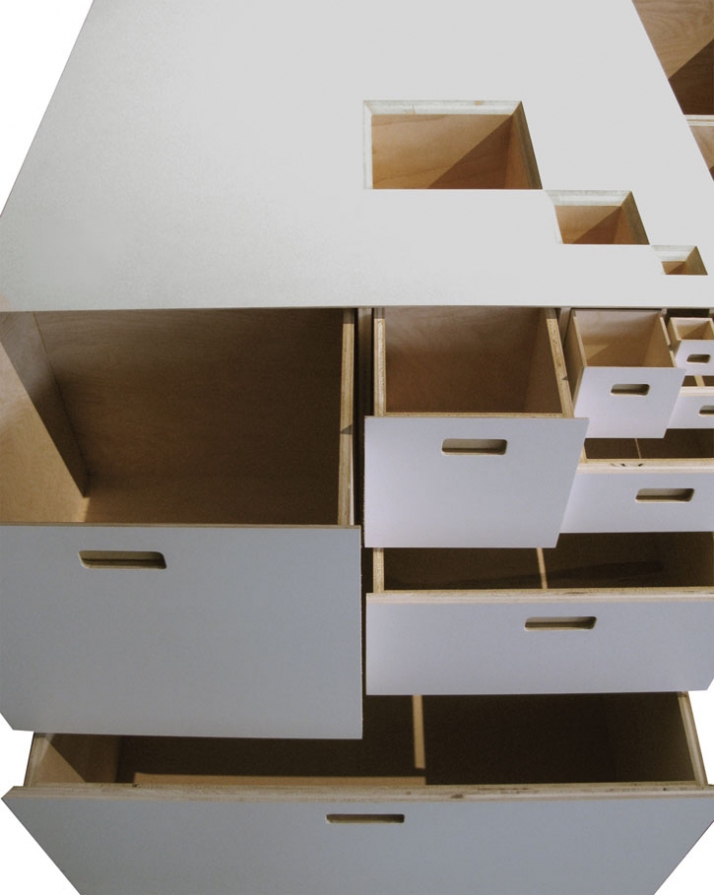 It is a Rubik’s cube of a piece fitted with 23 drawers, some as small as a thumb.

This piece was originally priced at $20,000 – a designer’s strategy intended to discourage buyers. “It was such a pain in the neck to make,” he said in an interview in 2008. “I don’t want to really make too many of them.” 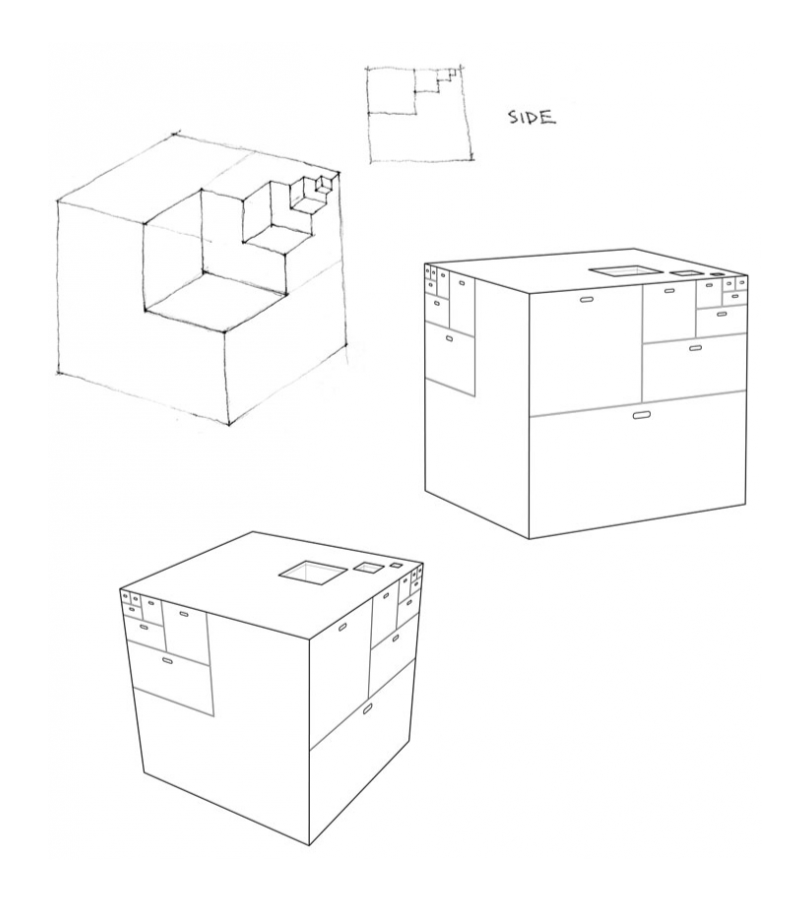 After finishing his architectural degree at the “Tokyo Science University”, he worked as a construction supervisor for four years. During this period he was exposed to highly skilled craftsmen and learned various construction processes.

In 1989, he went to New York City. One year later, he started working with Stephan Rohner and Haruo Sato at “Rohner Funiture”. “It was an extremely rewarding experience in which they taught me many of their skills in a very short amount of time”. Sadly, In 1992 “Rohner Funiture” closed due to the recession in the economy.

Soon after, he found a job at Rafael Viñoly Architects as a model maker. Since Mr. Vinoly knows the importance of a physical model as a design tool, he was often in the model shop developing and revising schemes and he started to work with Mr. Vinoly closely. “To me model making in the shop is not just to fabricate a miniature version of a building, but rather an abstract expression of architecture. Working with Mr. Vinoly was precisely that kind of experience that enabled me to both explore different modes of fabrication as well as expression through model making.”

After 8 years of intensive and ceaseless work as a model maker, he founded takeshi miyakawa design in 2001.