He was born in 1974 in Tokyo and graduated from Keio University Faculty of Environment and Information Studies in 1999. From 2001-2002, he worked as a researcher at the same university, and from 2002-2003, he participated in Dispatched Artist Overseas Training Program as an architect at MVRDV in the Netherlands. Before establishing his practice, Yuusuke worked at Shigeru Ban Architects in Tokyo.

Yuusuke Karasawa is fascinated by the “complicated network space,” and the way walls, ceilings, and floors are connected.

The practice has won many awards, such as Received the Excellence Award at the Media Arts Festival of the Cultural Agency, the New Architecture Housing Design Competition, etc. Their works have also been published in a number of magazines. 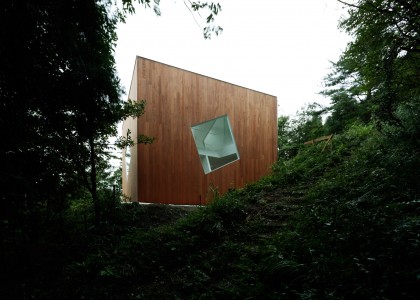 villa kanousan is a weekend cottage situated within the deep mountains area of the midland of Bousou Peninsula. The site...