Takuro Yamamoto Architects is an architectural studio established and led by Takuro Yamamoto. Takuro Yamamoto was born in 1973 in Yamamoto Prefecture. In 1996, he graduated from the Department of Mechanical Engineering, Kyoto University. From 2003-2005 he worked at the Atelier Bow-Wow.

Their policy is designing and building housing that can stand the test of time without deteriorating.

F-WHITE is an independent one-storied residence with a courtyard for a single family. As this site could not be subdivided... 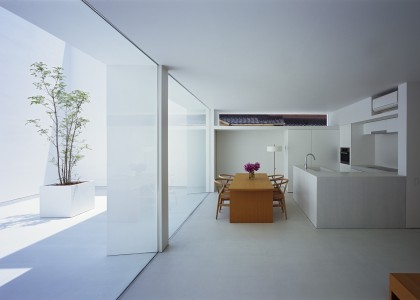 White Cave House is a massive lump engraved by a series of voids interconnected in the shape of a kinked...