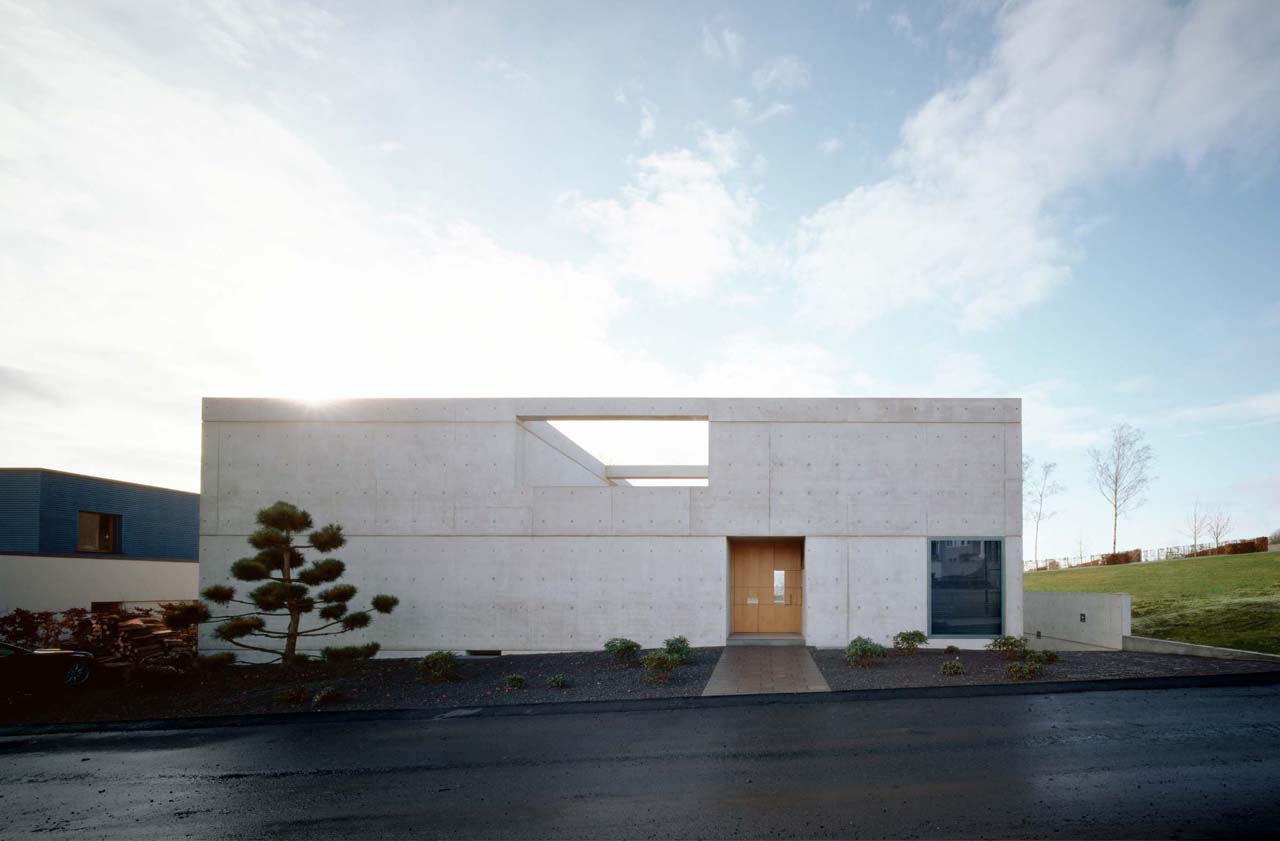 road side facade is uninterrupted, to protect the occupants against inquisitive passers-by

The building is located in a new developing area, exclusively situated on a hillside, just above the city center of Trier. The aim of this new developing area is to create examples of good buildings in an attractive landscape which is integrated in its surrounding. 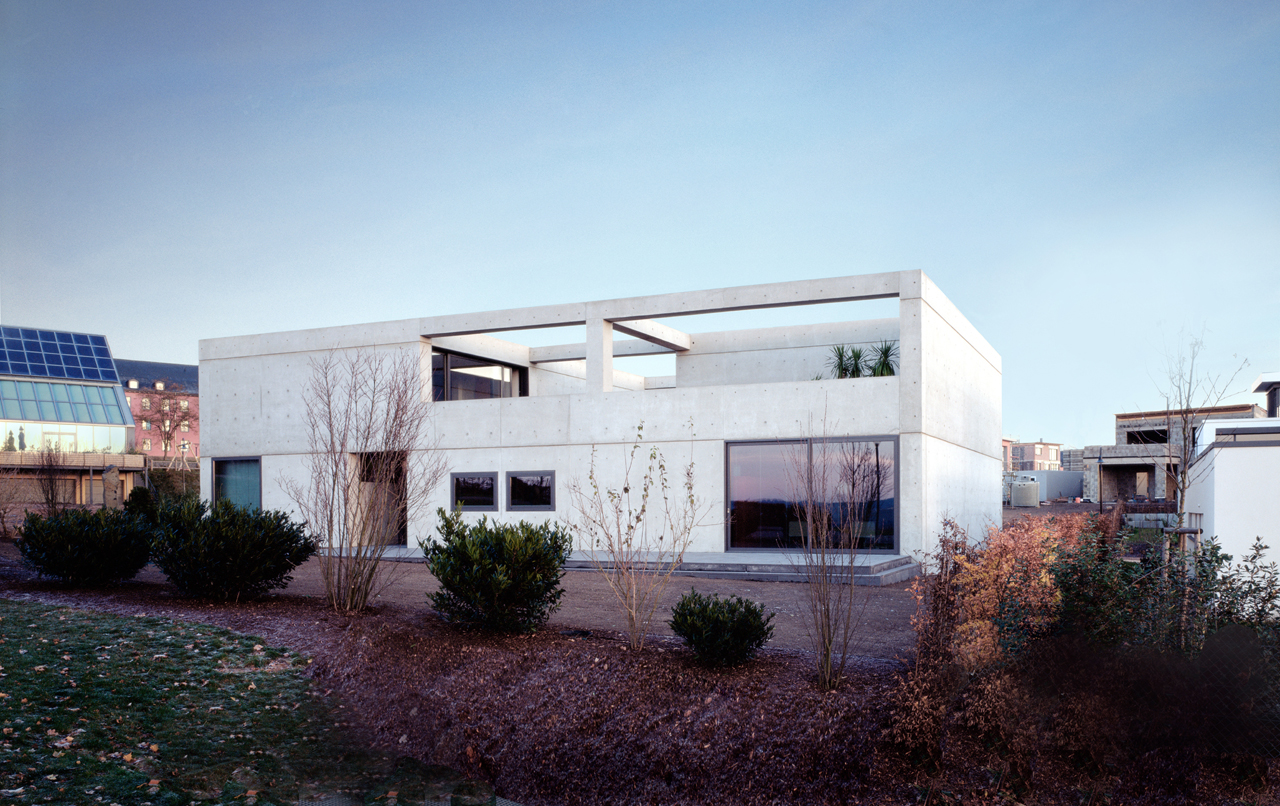 while closed and open wall surfaces alternate on the garden side

Located in Trier, one of the old German cities founded by the Romans, ‘Absalon’ project connects to the old roman building culture, which is still omnipresent in Trier. The house is divided in three different volumes with an atrium in its middle. 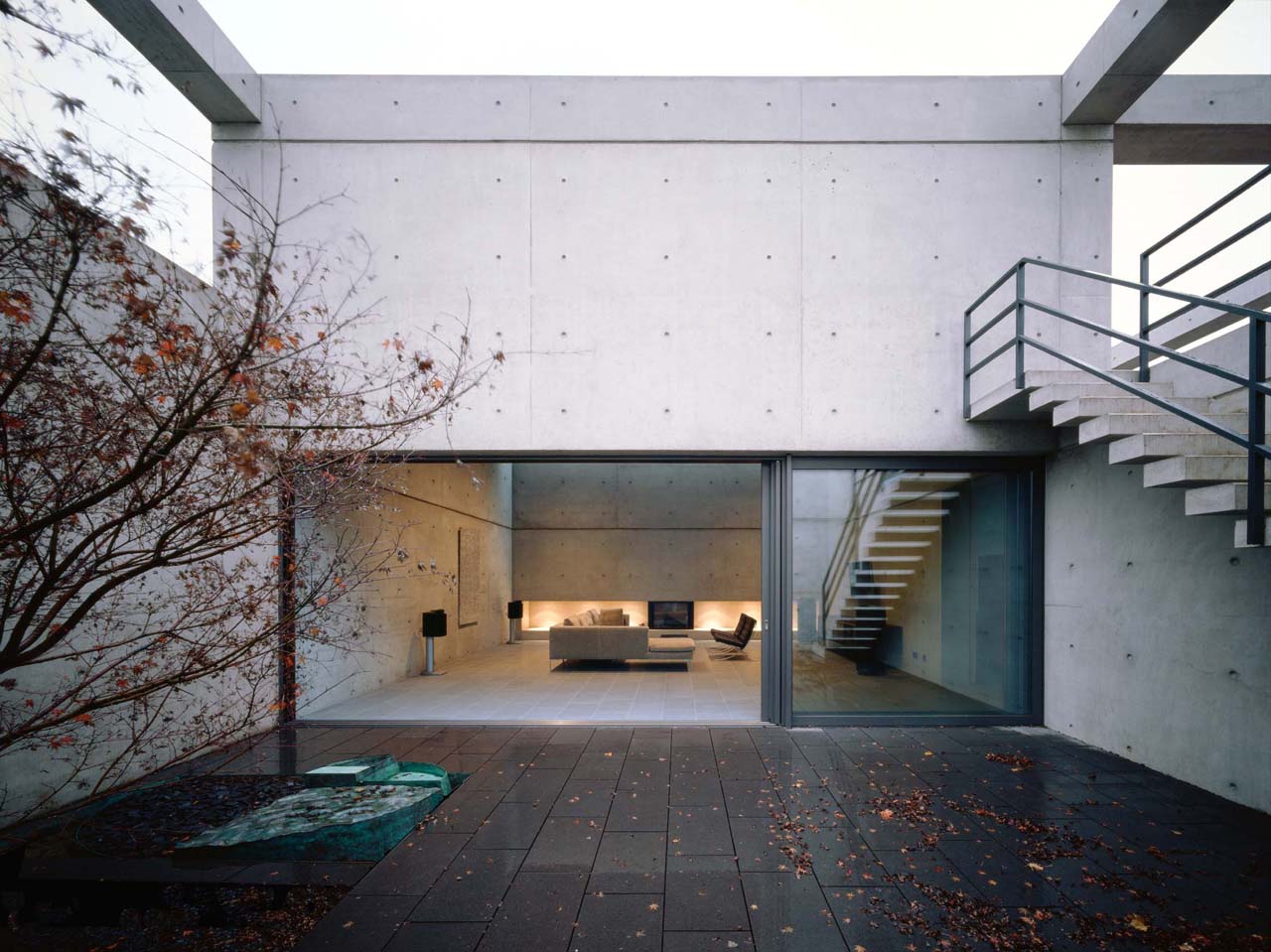 if the large sliding door is opened, one can effectively dine in the open if the weather permits 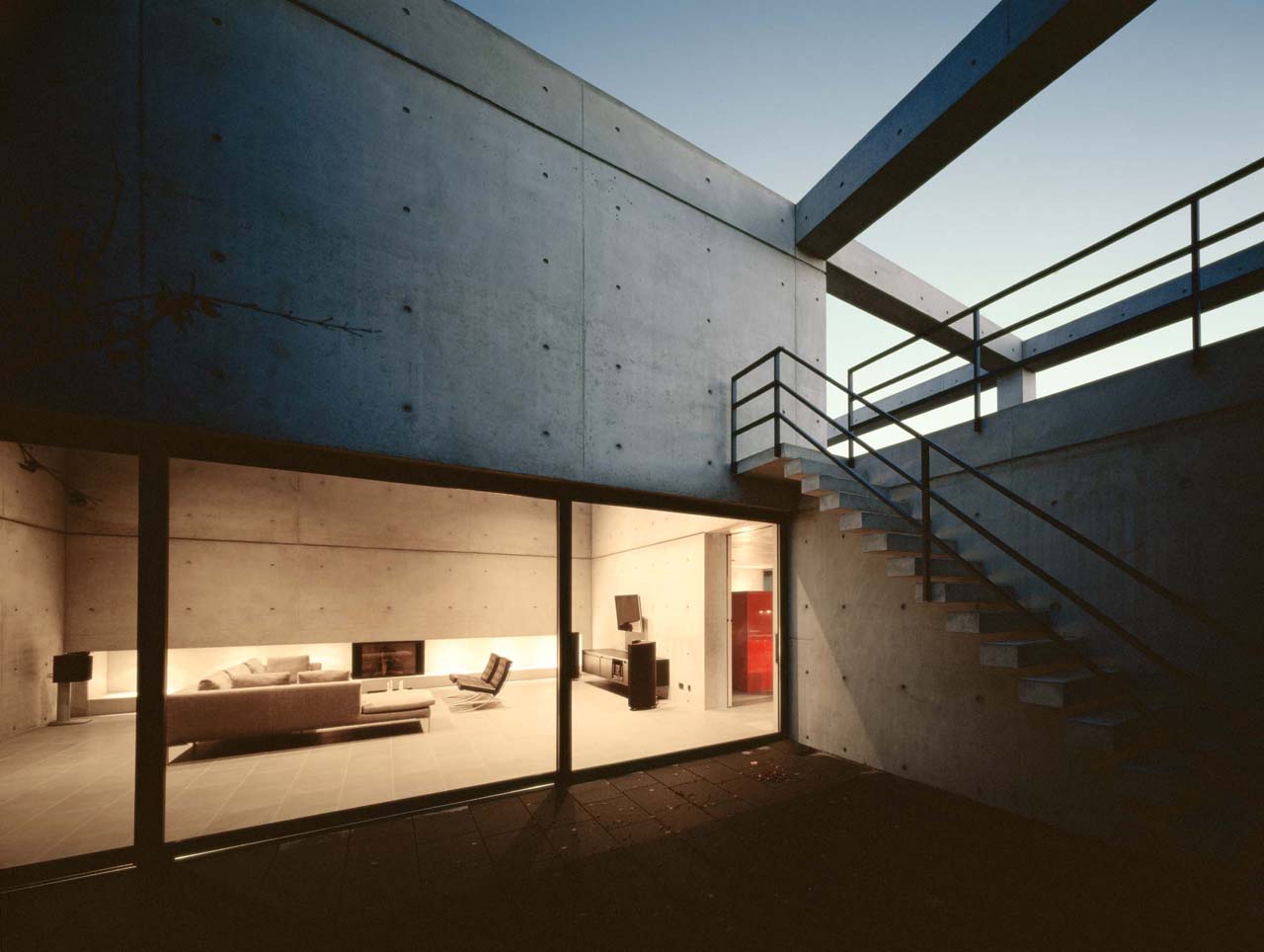 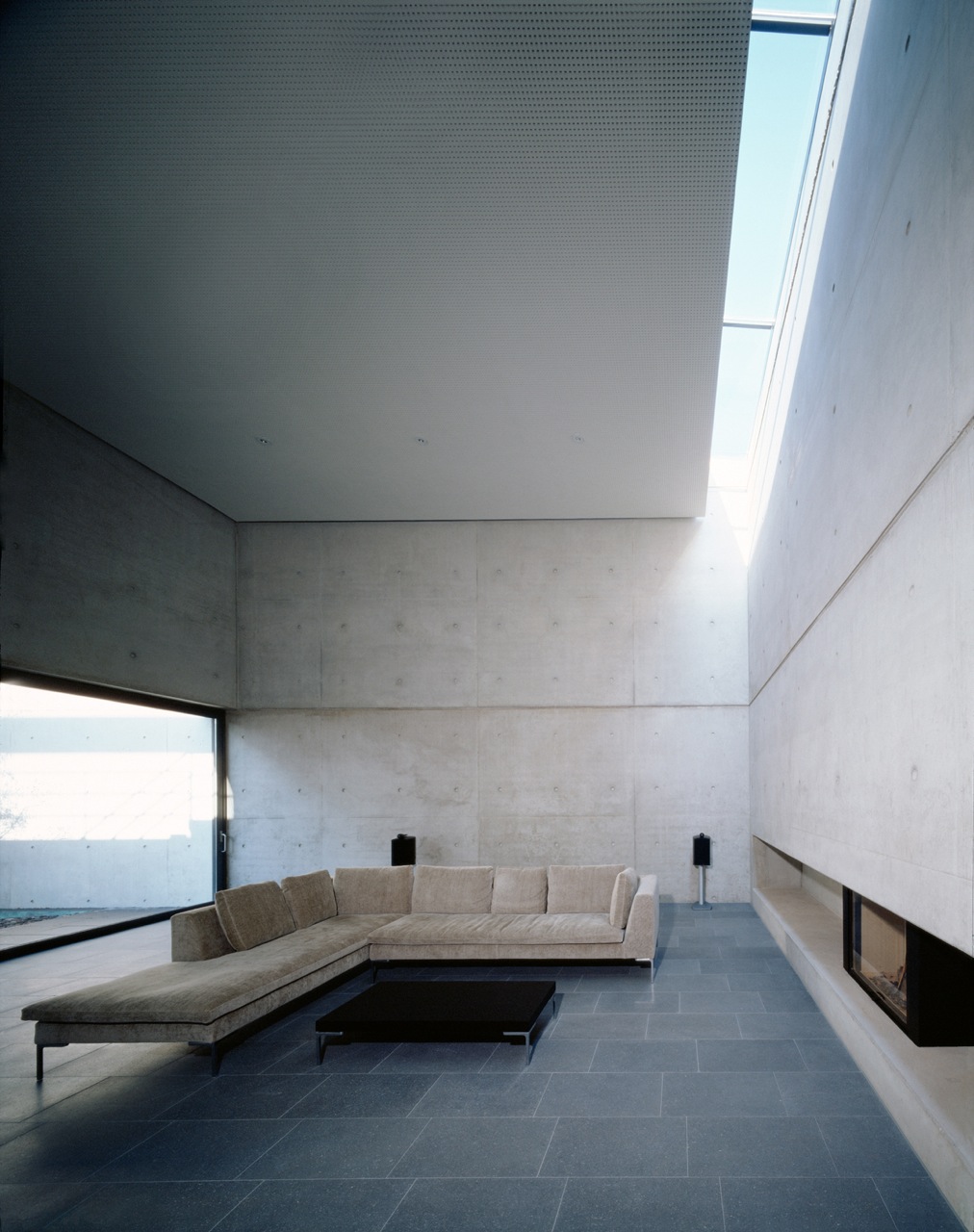 Developed in the “grand arts” of “ars magna”, all rooms with the façade and the interior elements are developed in the proportion of the golden ratio. The entrance which is pushed in to the volume, underlines the “path” from the outside into the building, and leads the visitor in a different world. A world with paths, courts, passages and outside spaces, linked together with a high variety of natural lighting. 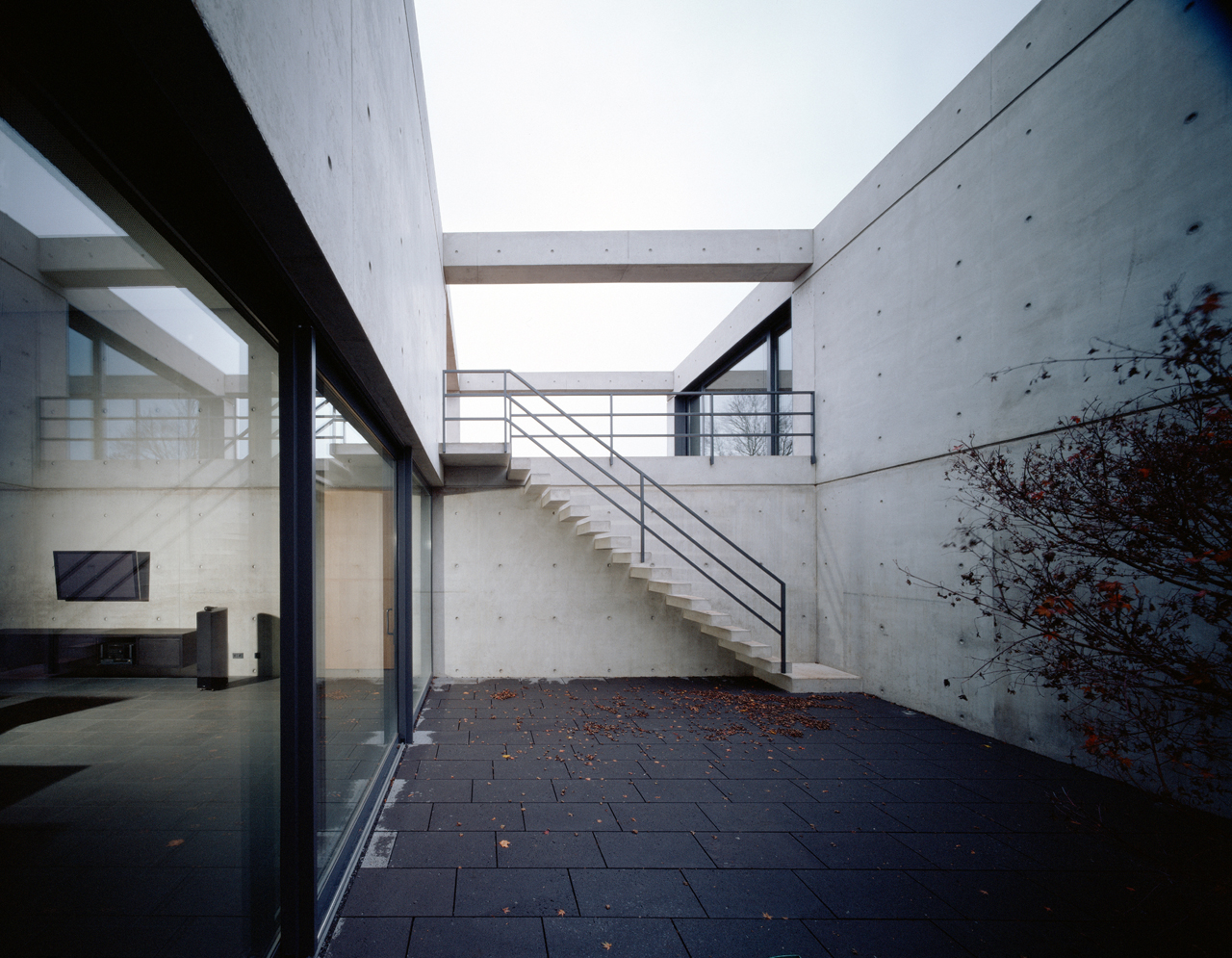 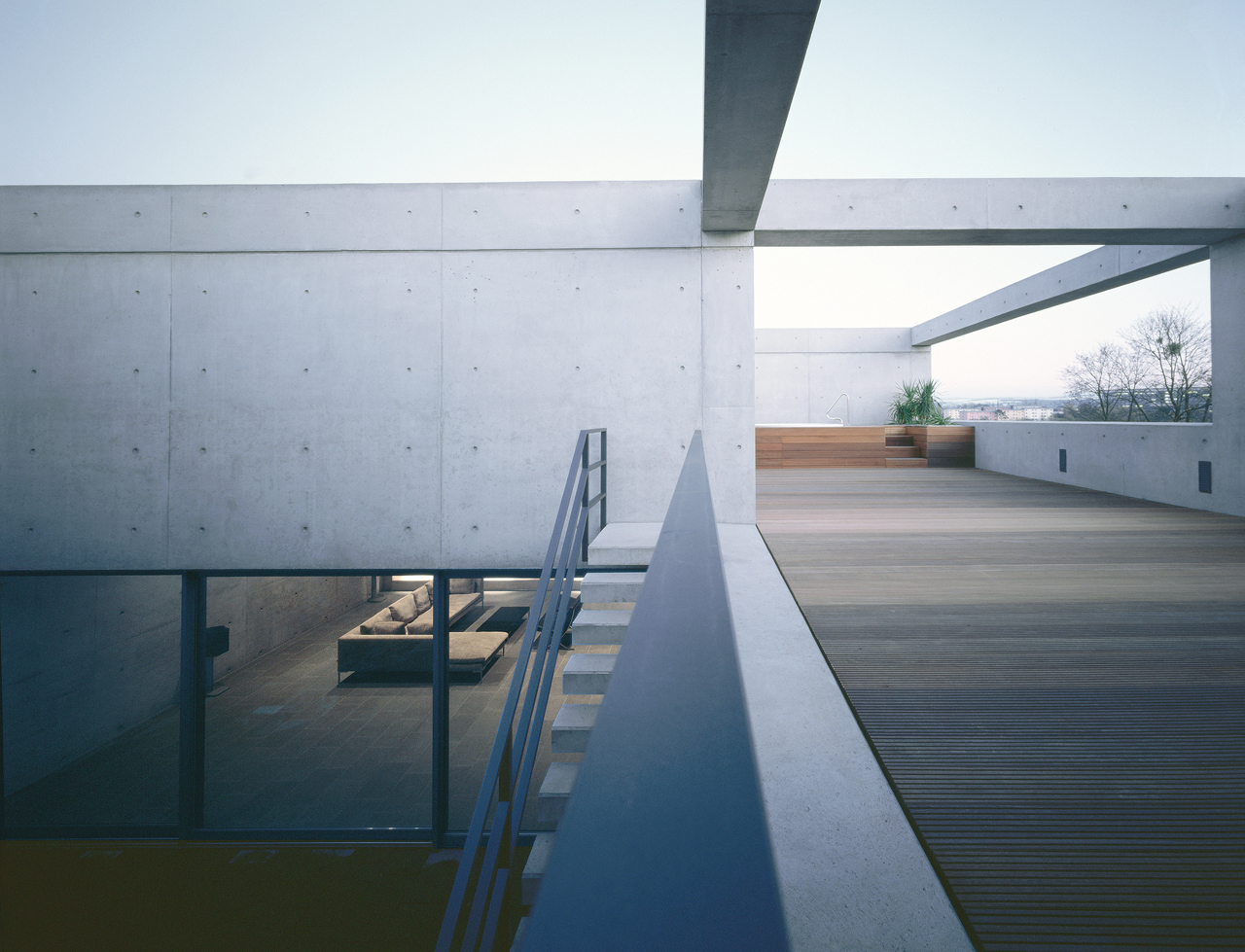 from the roof terrace there is a view of meadows and woods, with no intervening buildings

The inner organisation of the house is divided in two areas, a public and a private part. The public area includes The Kitchen, dining and living room and opens towards the Atrium. Protected against views from the outside, the atrium works as an expansion to the living room. There is a water basin and a tree in the atrium to create a silent space of peace. From the atrium leads a staircase to a roof terrace, with a great view over Trier an its surrounding. 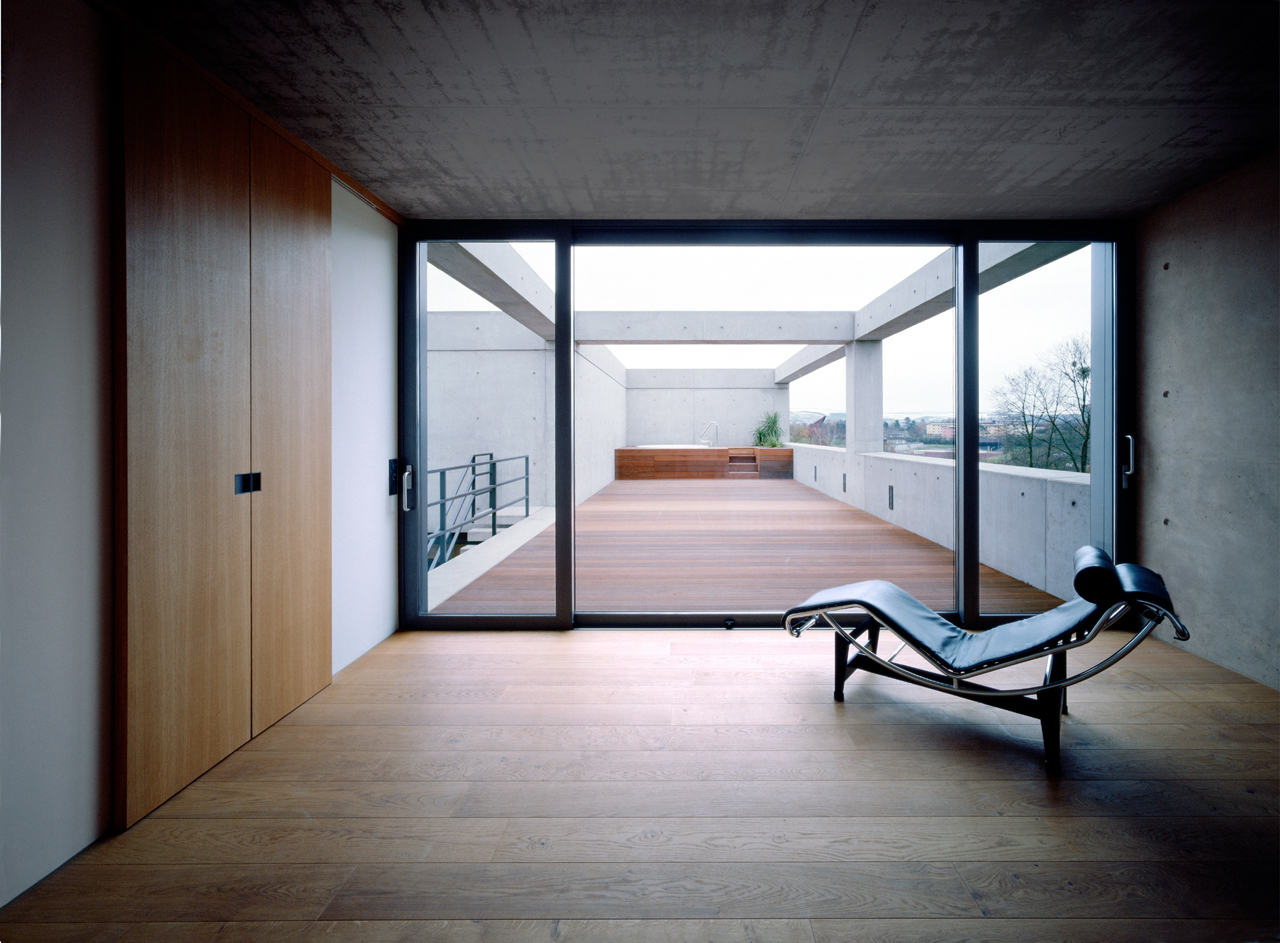 looking from the bedroom toward the roof terrace: a flowing space continuum 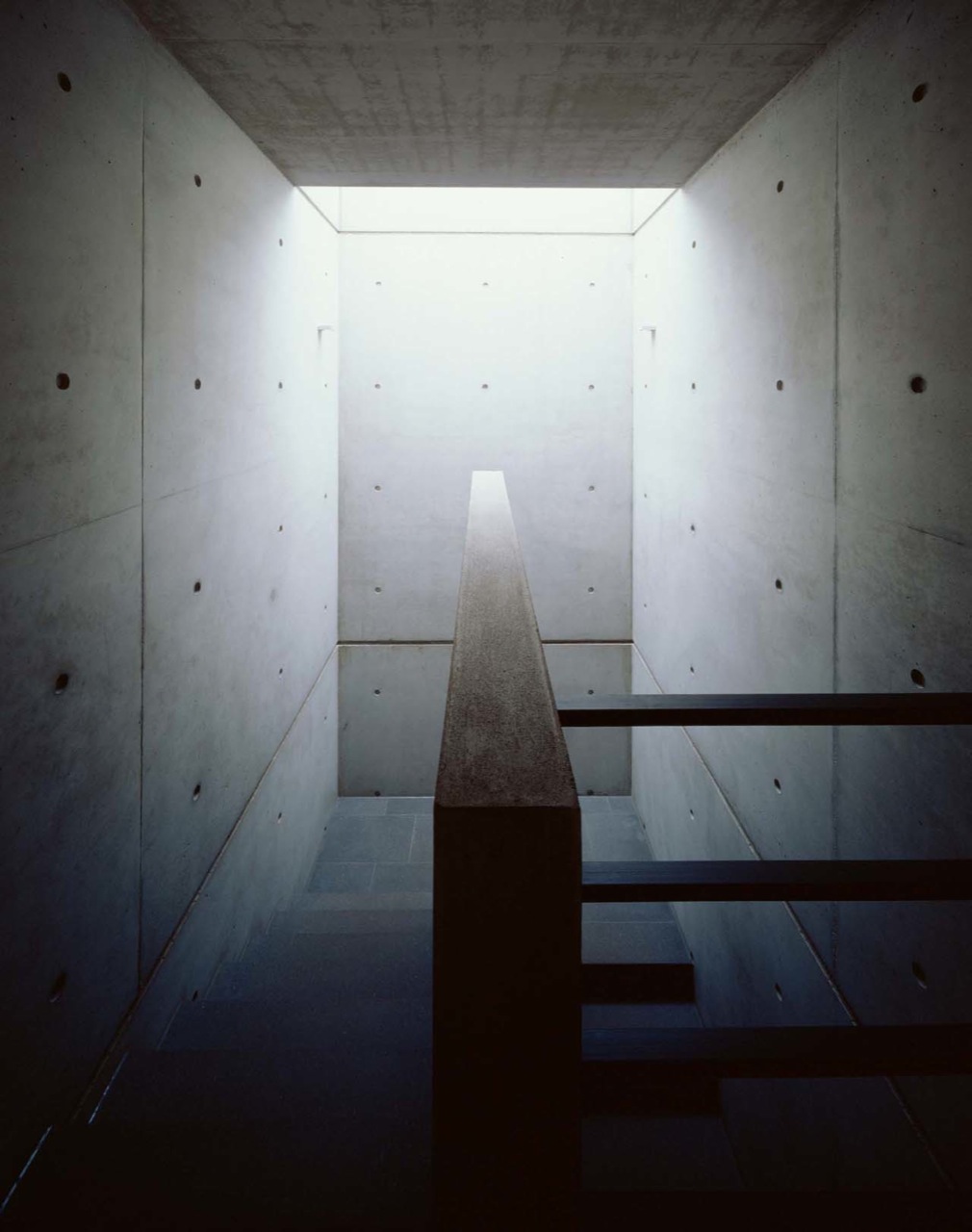 The private part of the building contains the sleeping rooms. Each of them expanded with a little terrace, which protects the sleeping rooms against views from the outside. The house resembles a clearly structured organism, containing streets, courts, passages, and open and enclosed spaces. The house as an image of a city. 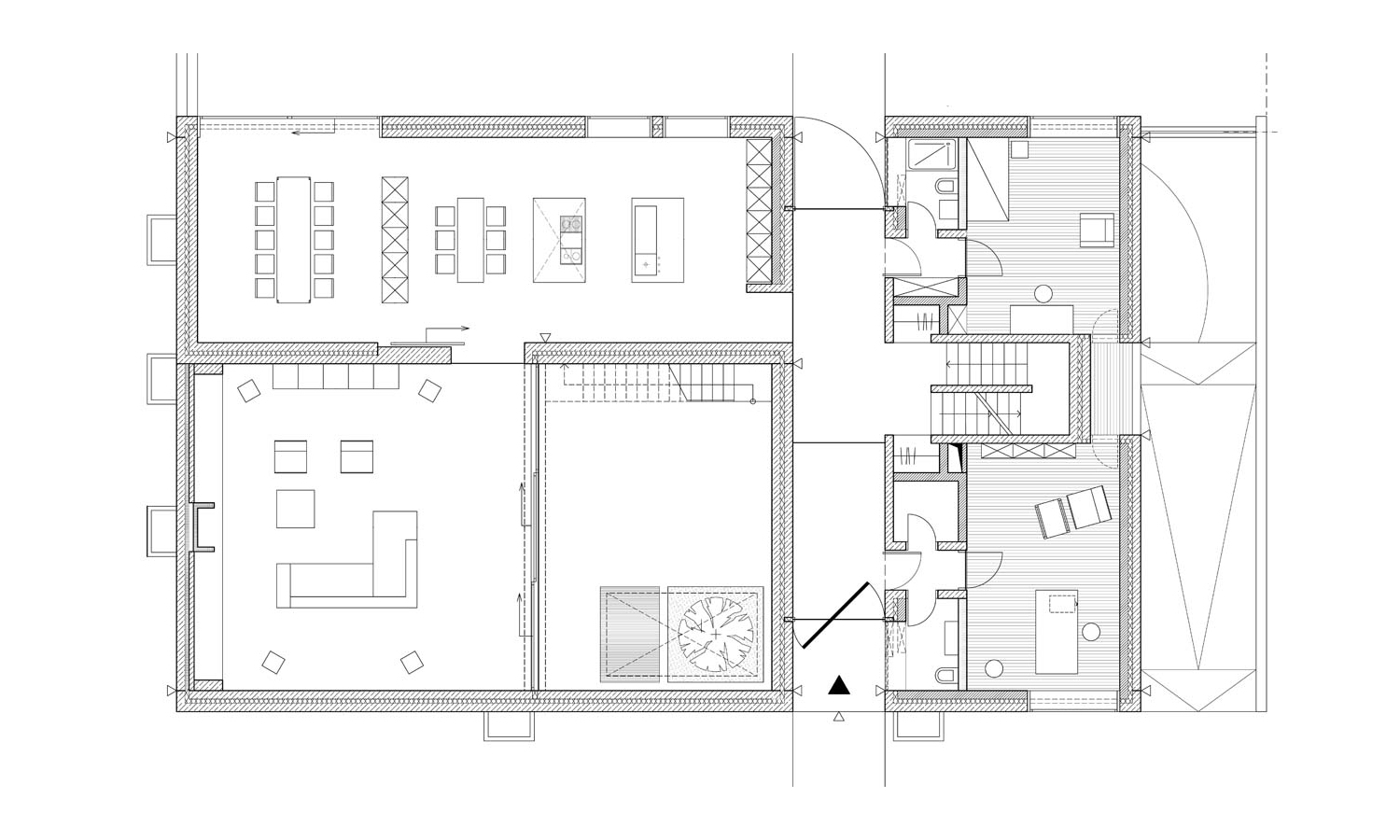 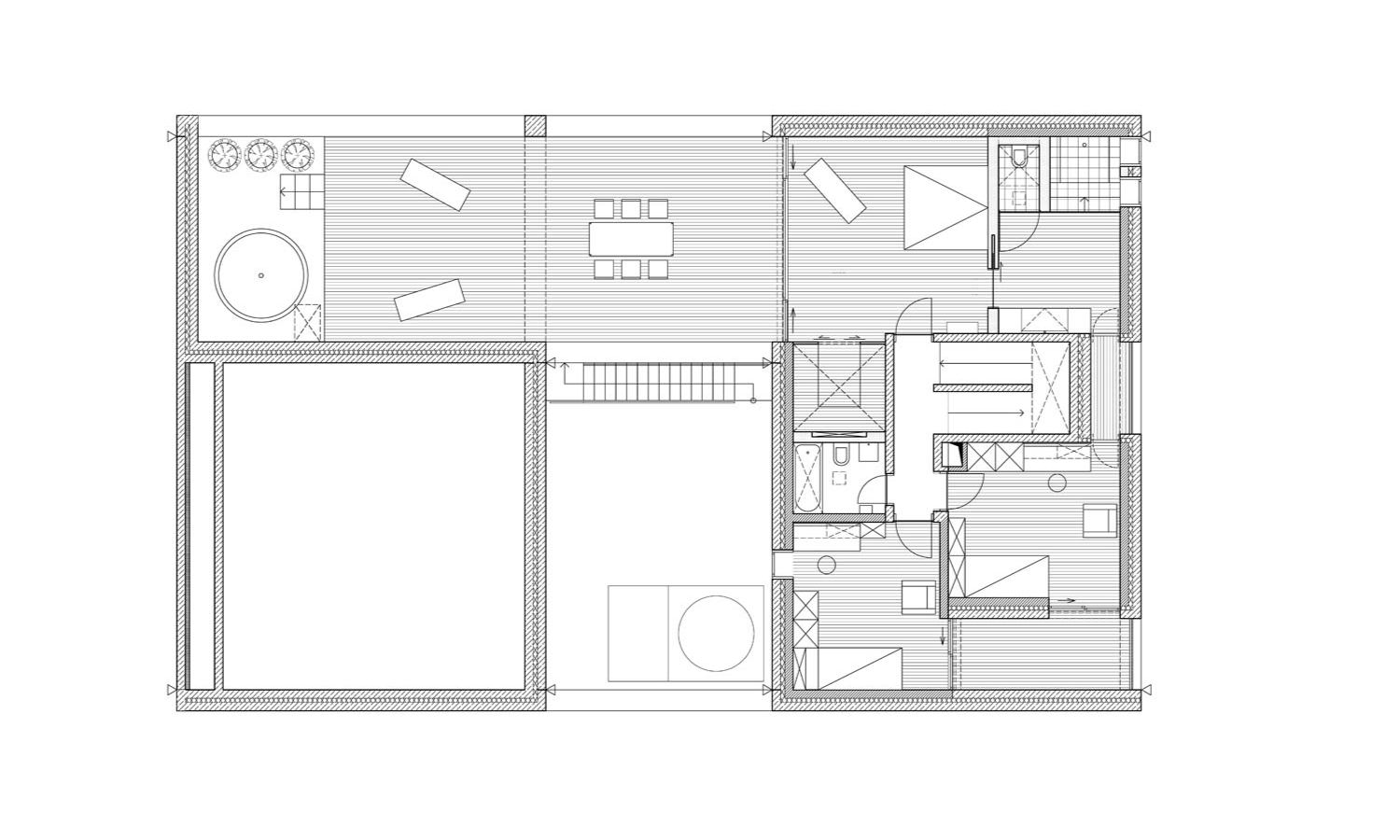 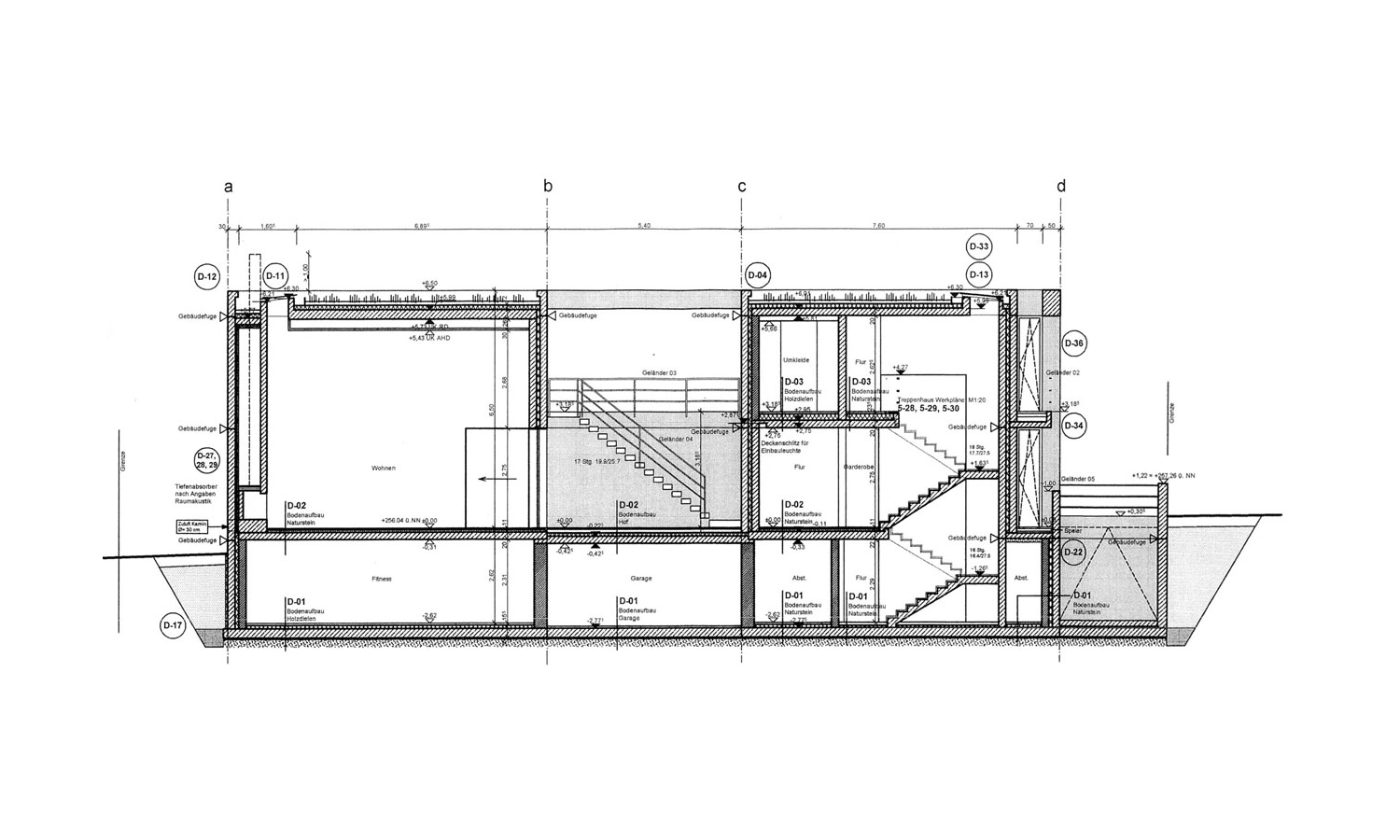 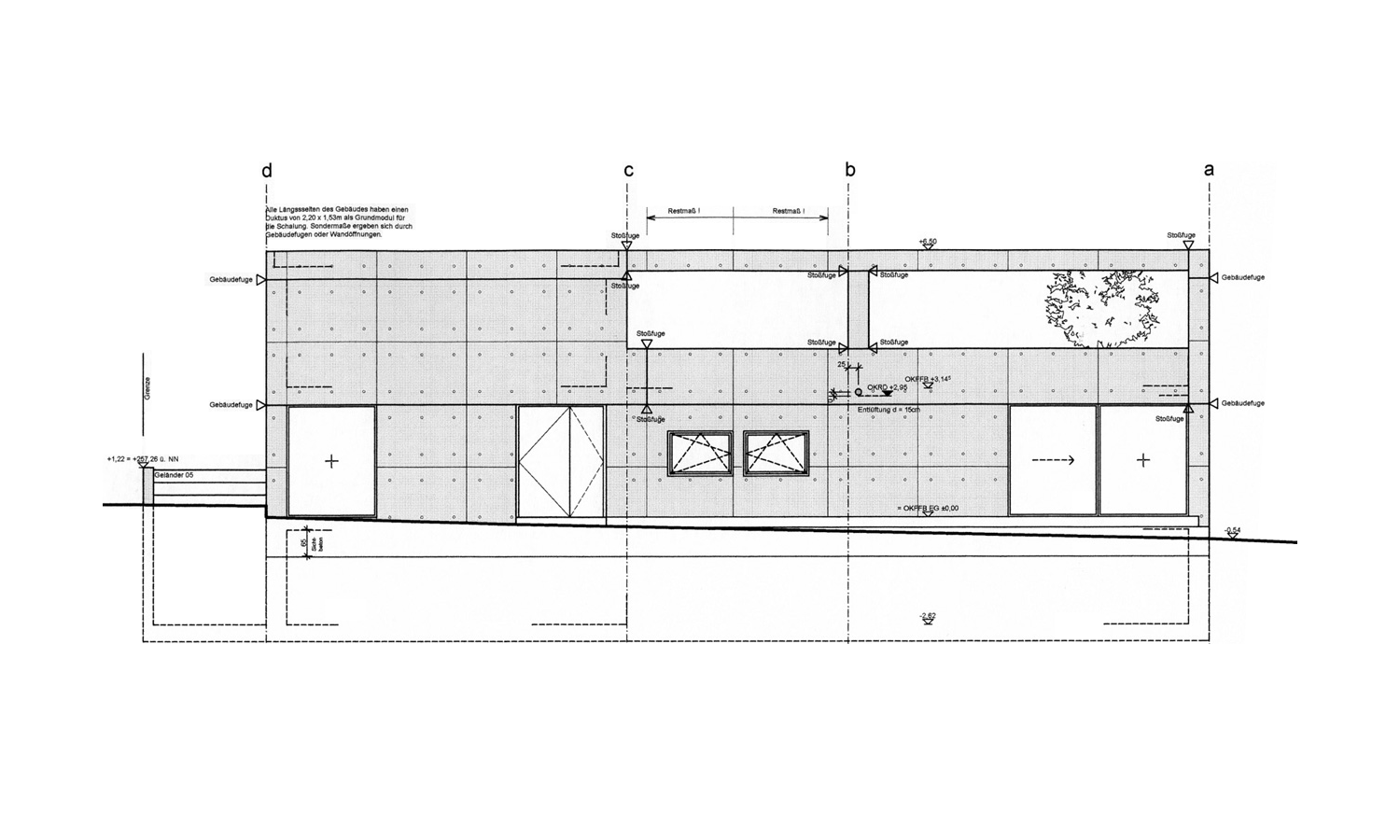 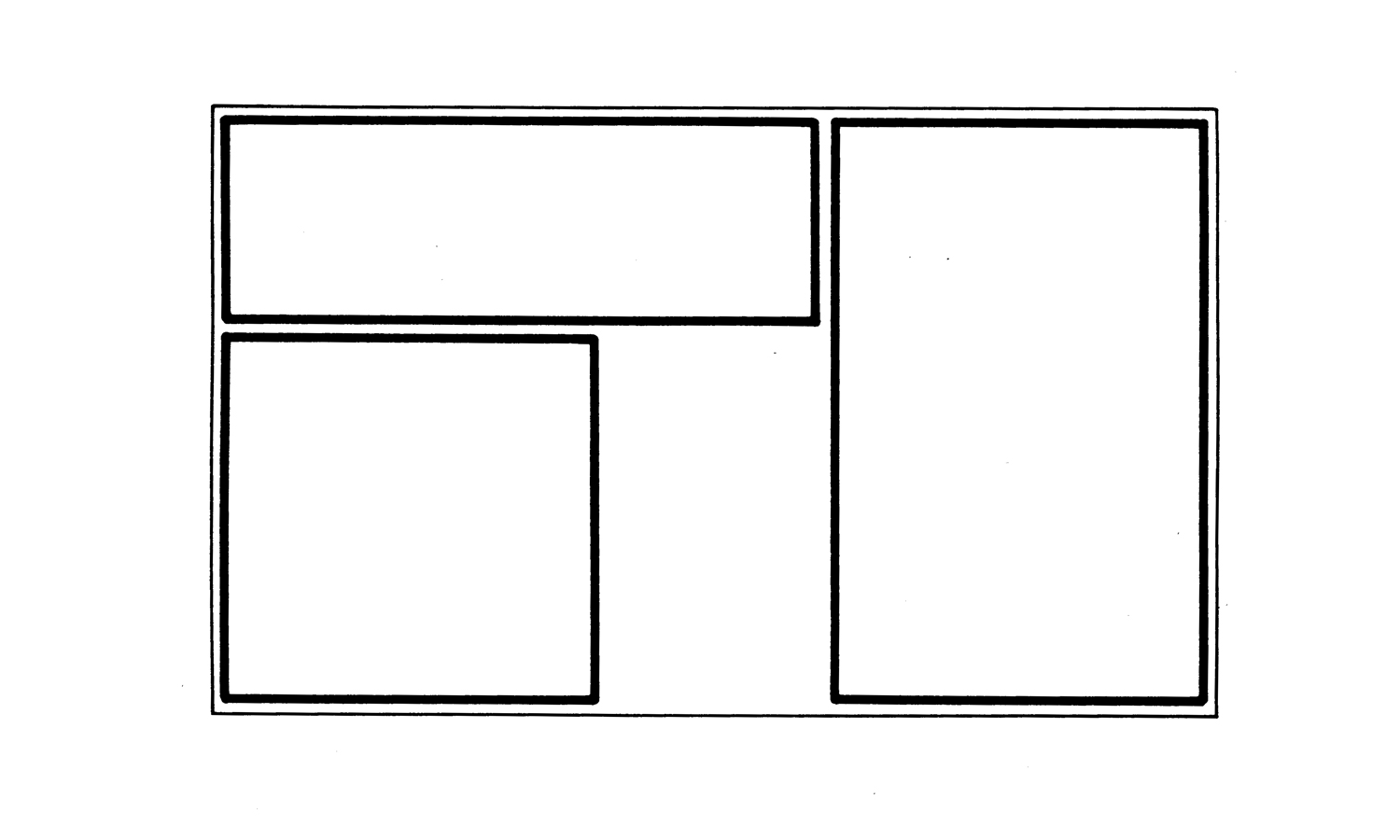 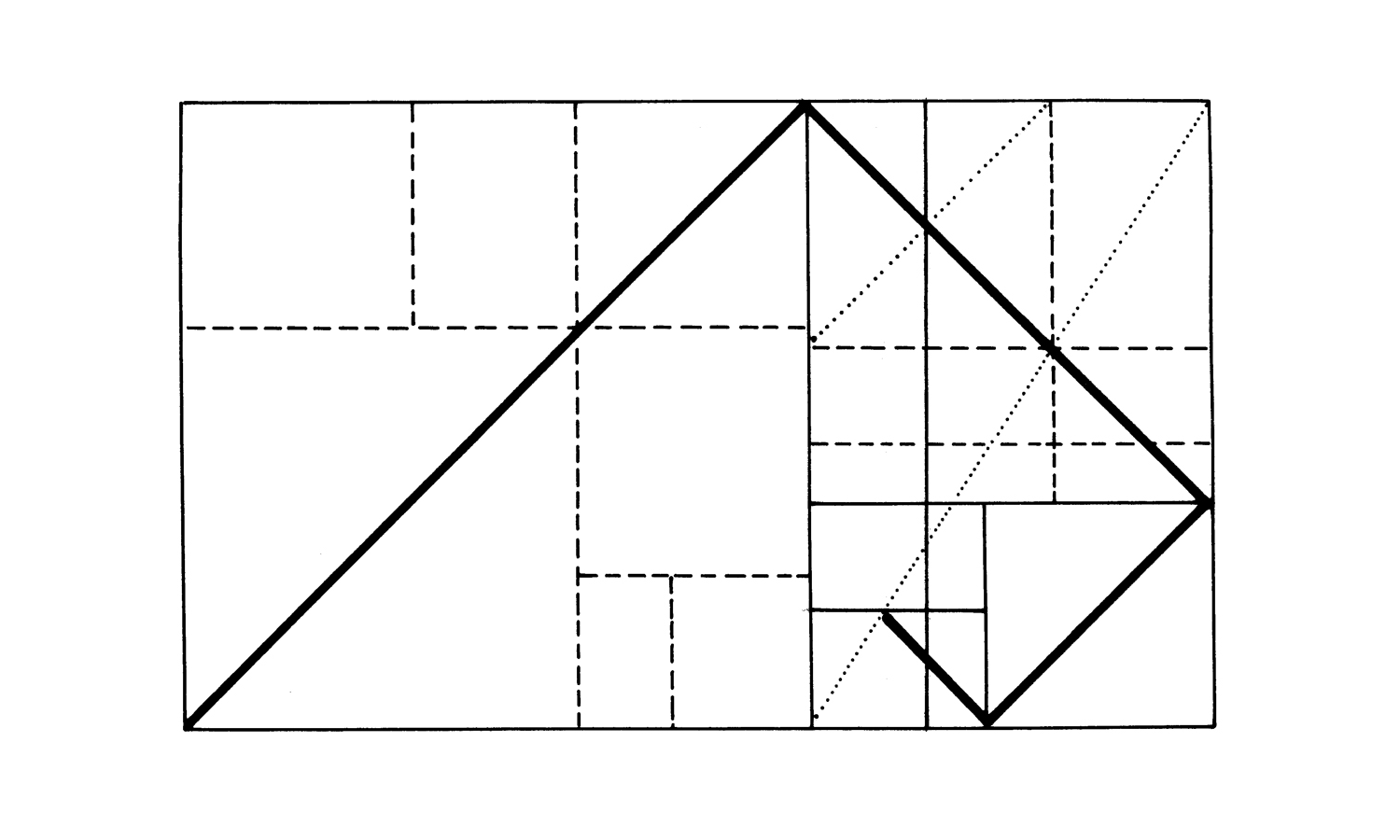 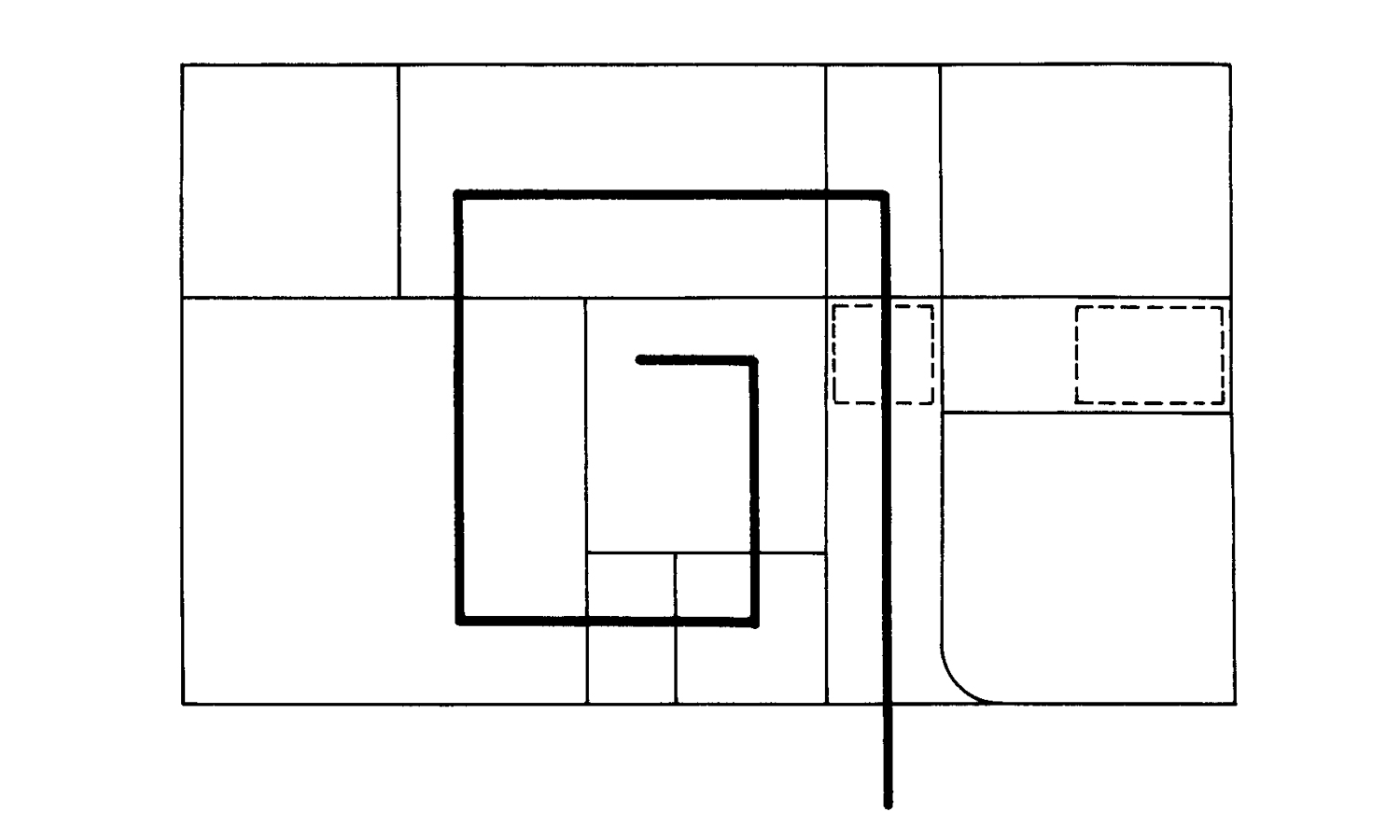