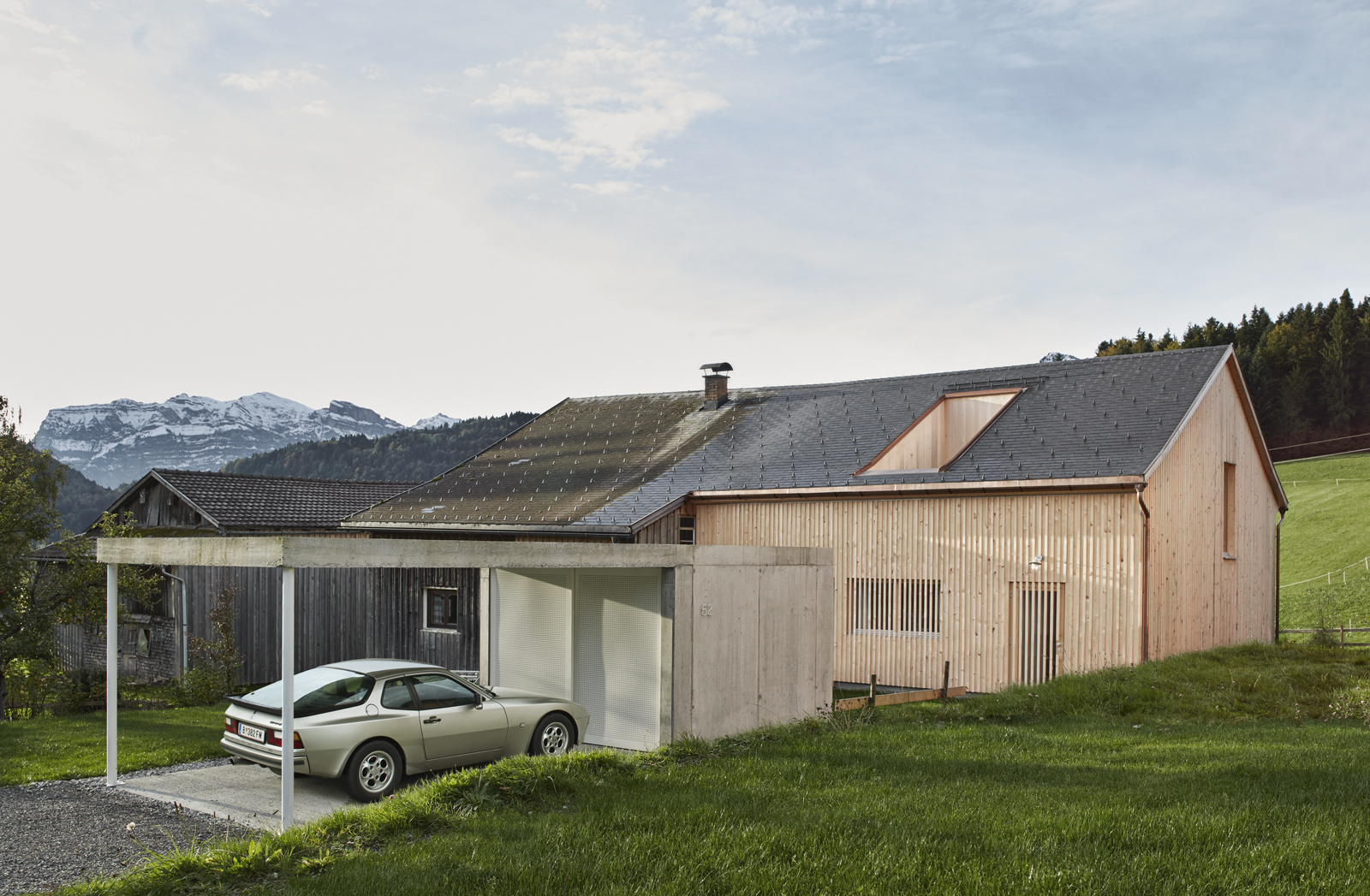 ‘House Feurstein’ is situated in a small, placid hamlet in the municipality of Schwarzenberg in the midst of the gorgeous scenery of the Bregenz forest landscape. 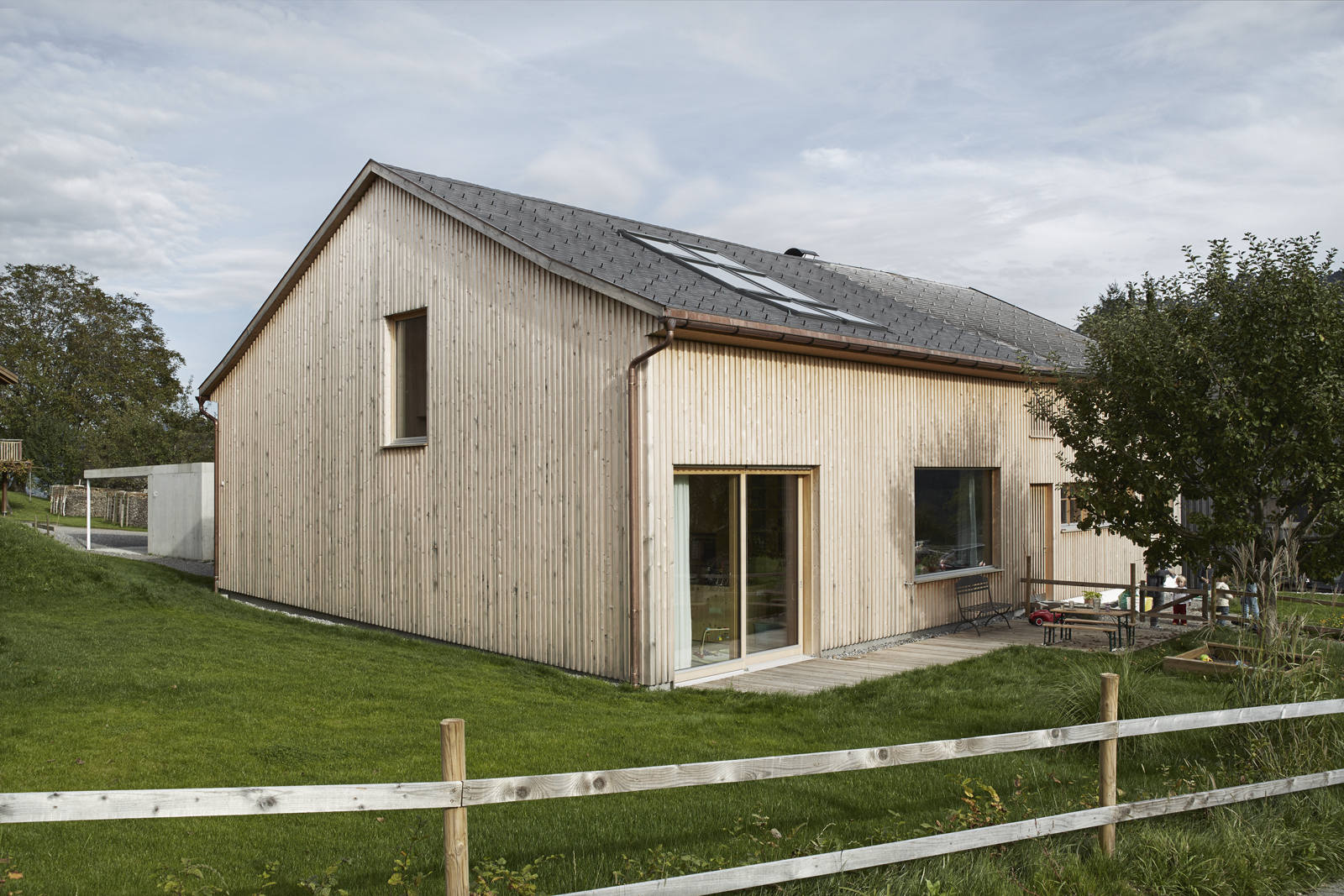 backside of the house 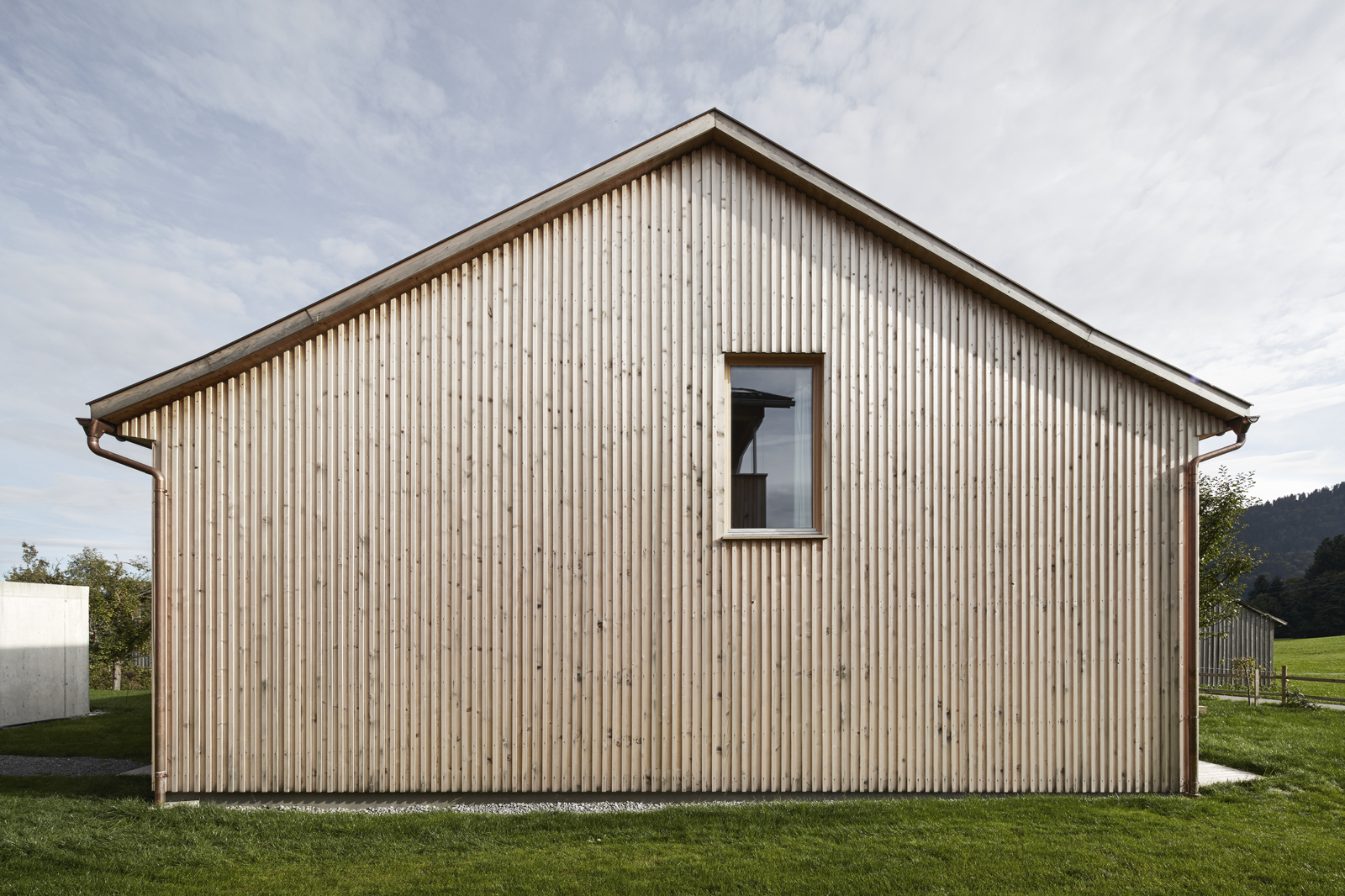 The goal was to place a house into the sensitive ensemble that is inconspicuous at first glance and to preserve the existing green area. The addition replaces an older building, the service areas of the previous house, which after having given up farming half a century ago were used partially as a flat and were now not sufficient any more. 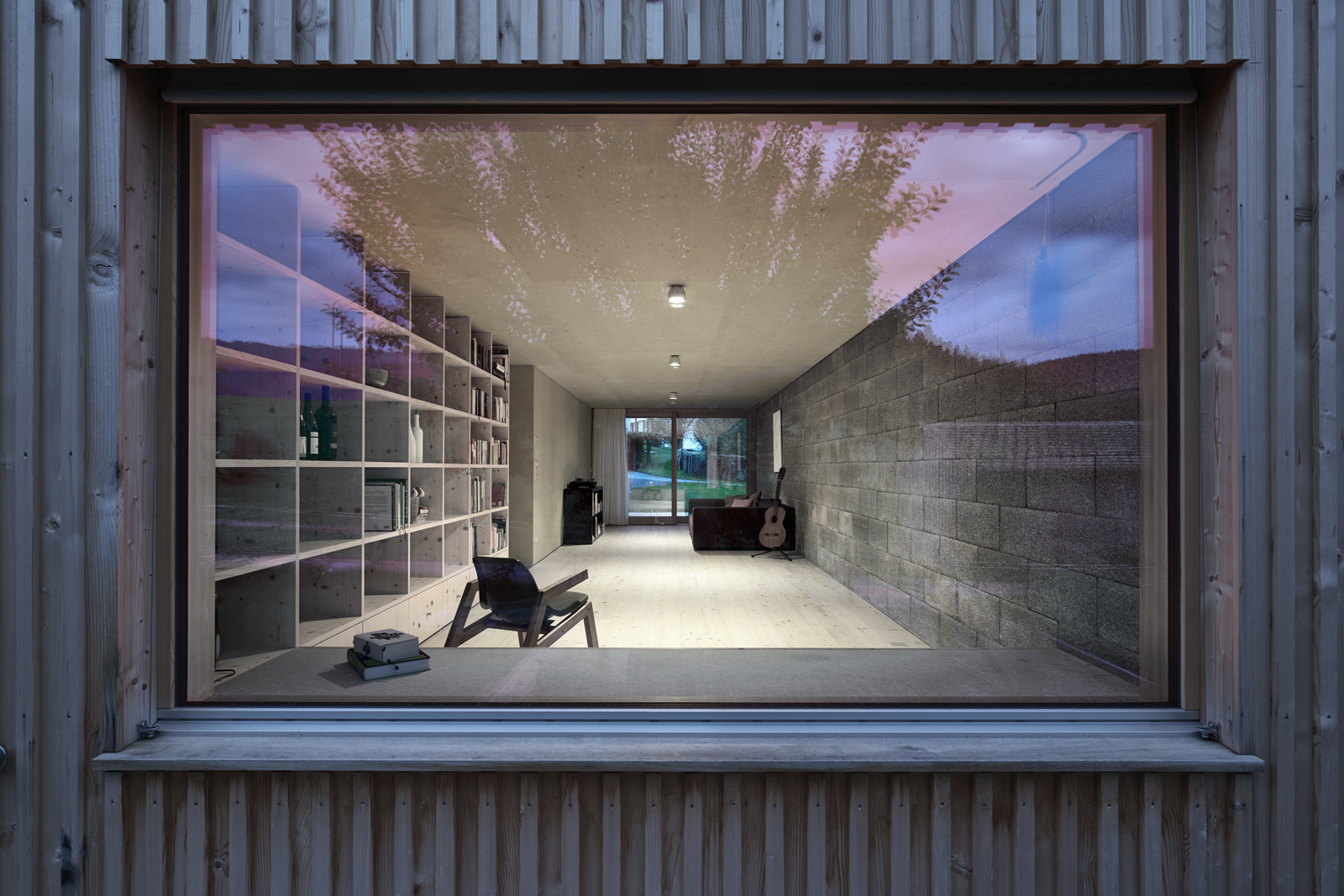 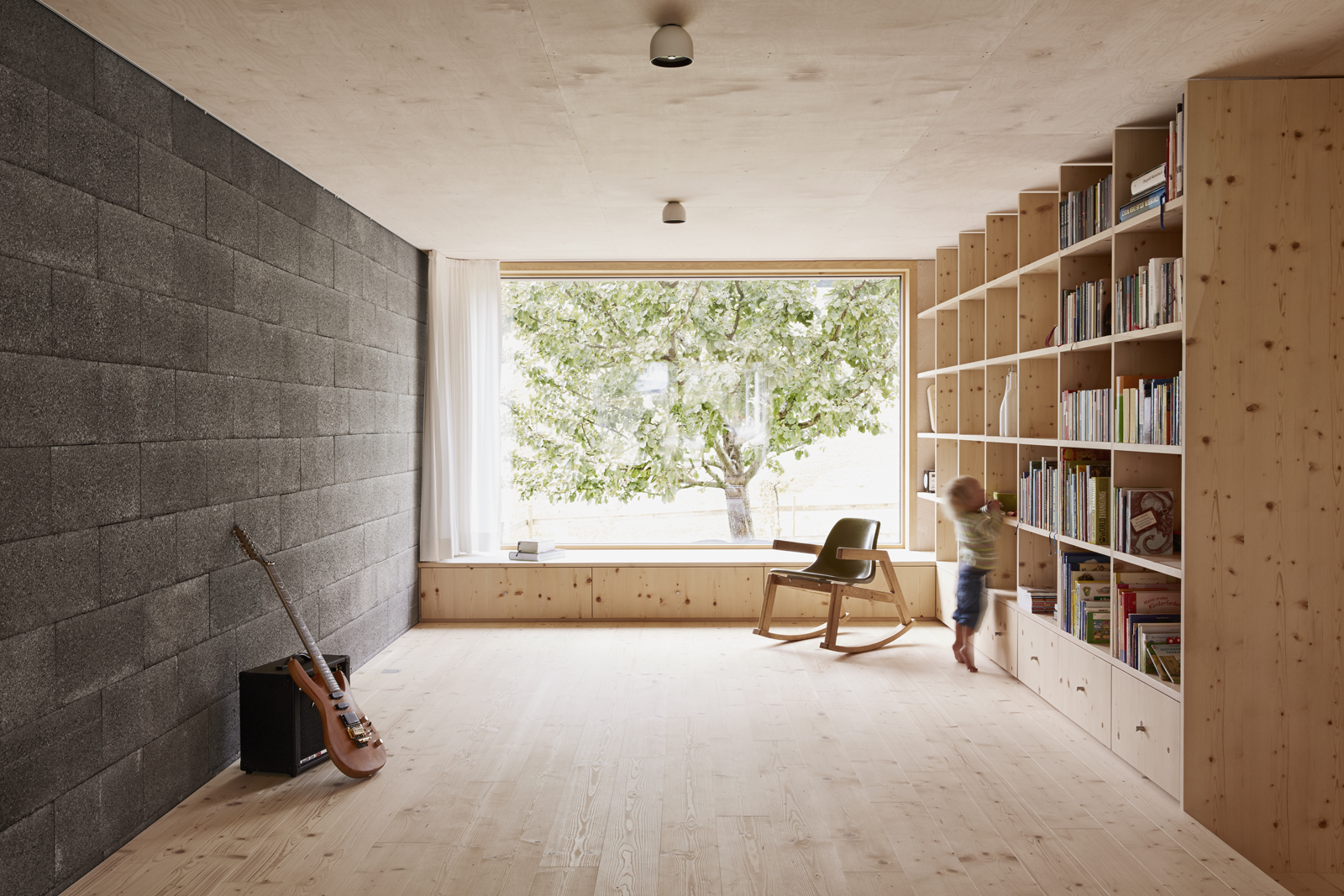 floor of the living room is also covered with spruce

The challenges were to create a volume that needed to fit inside of the outlines of the preceding building and the location, which ruled out an orientation towards the South. Nevertheless value was placed on achieving a spatially interesting concept of the interior. 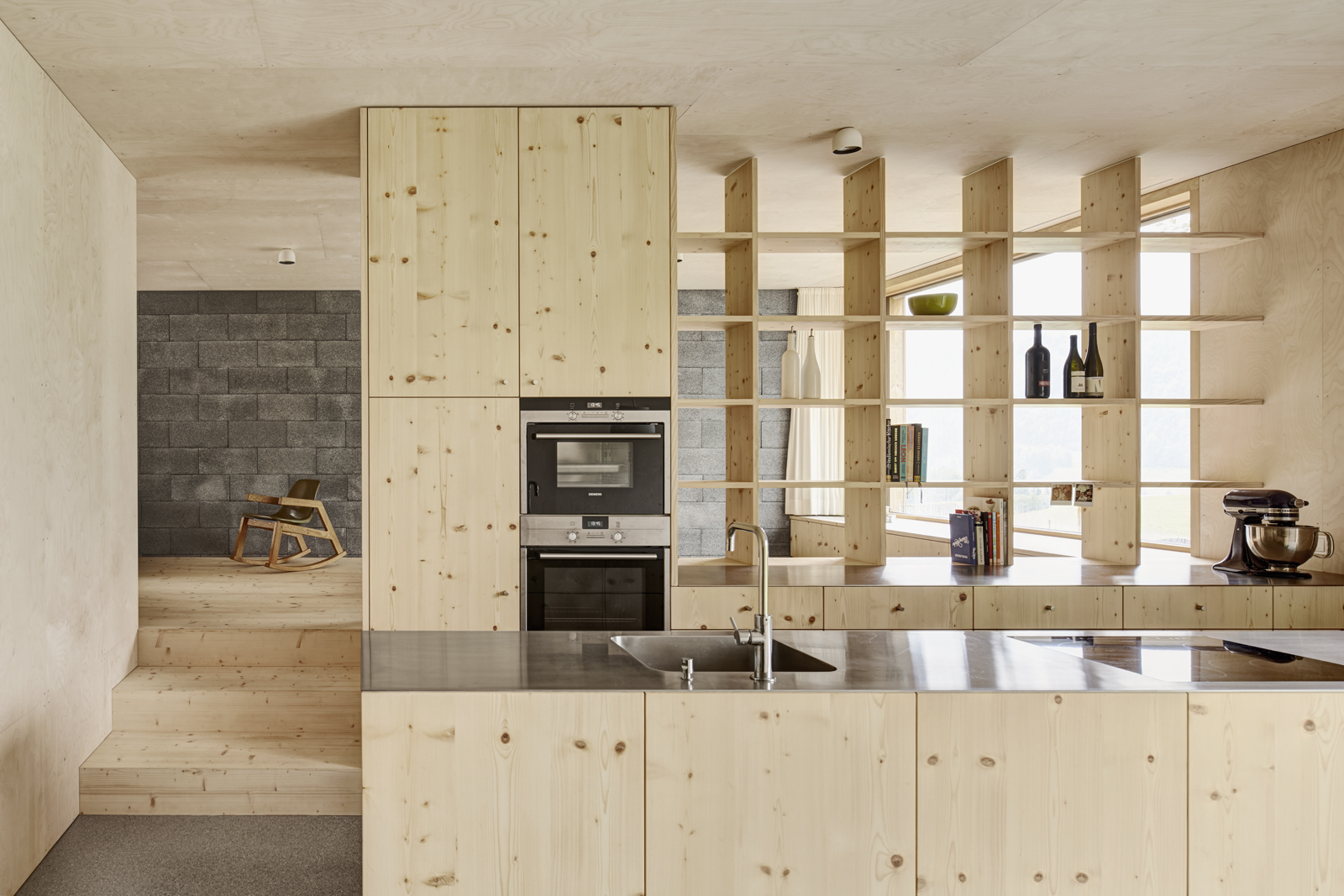 built-in kitchen fittings integrate with a grid of bookshelves that extend up to the ceiling, creating a partition between the two rooms. both were built using sheets of spruce 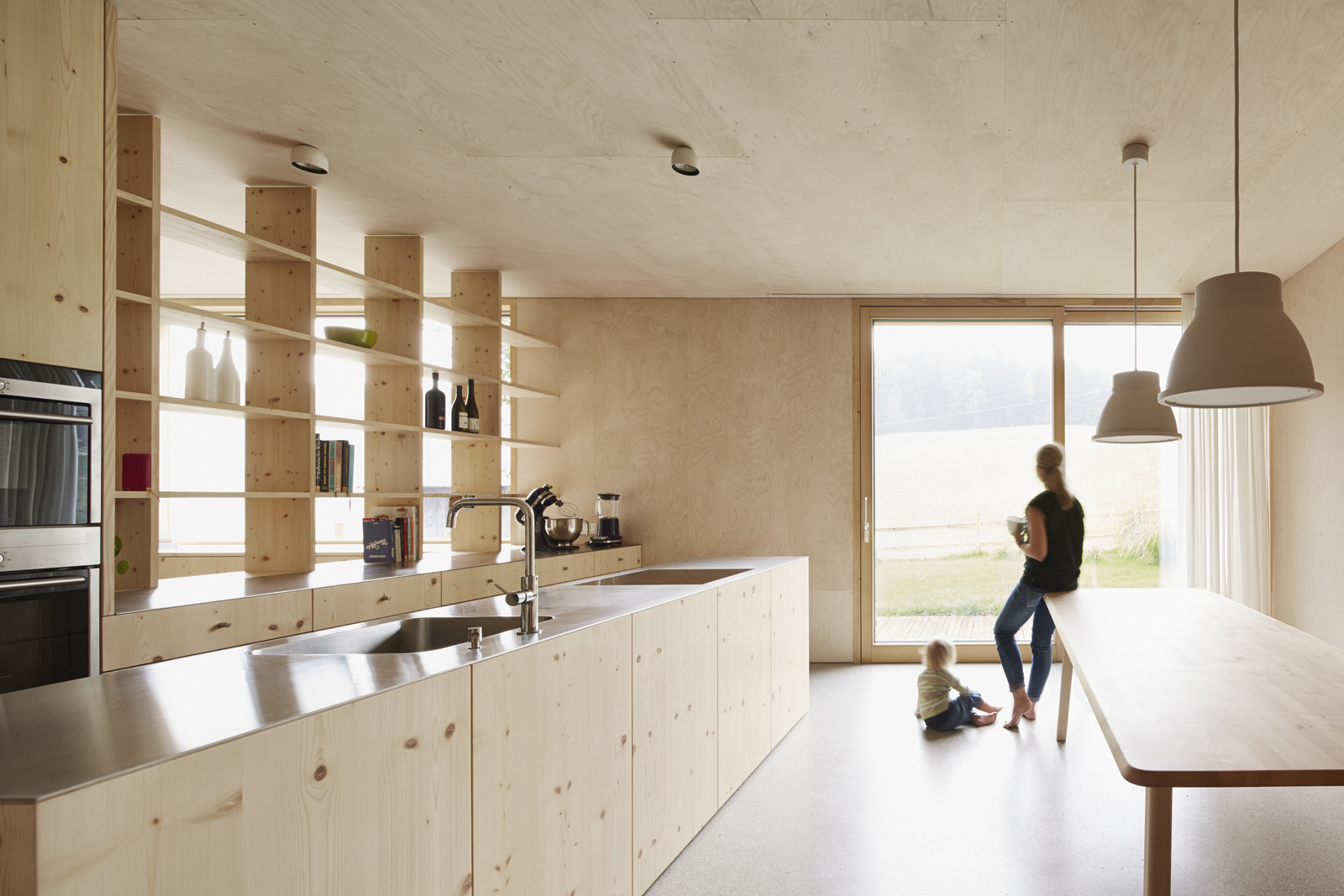 kitchen and dining area are also dominated by wooden materials, plywood and spruce

The kitchen with the adjacent living room constitutes the core of the house. These two rooms not only distinguish themselves by their completely different room layouts but also by their different ceiling heights. The change of heights at the steps as well as the open kitchen shelf are connecting and separating elements at the same time. 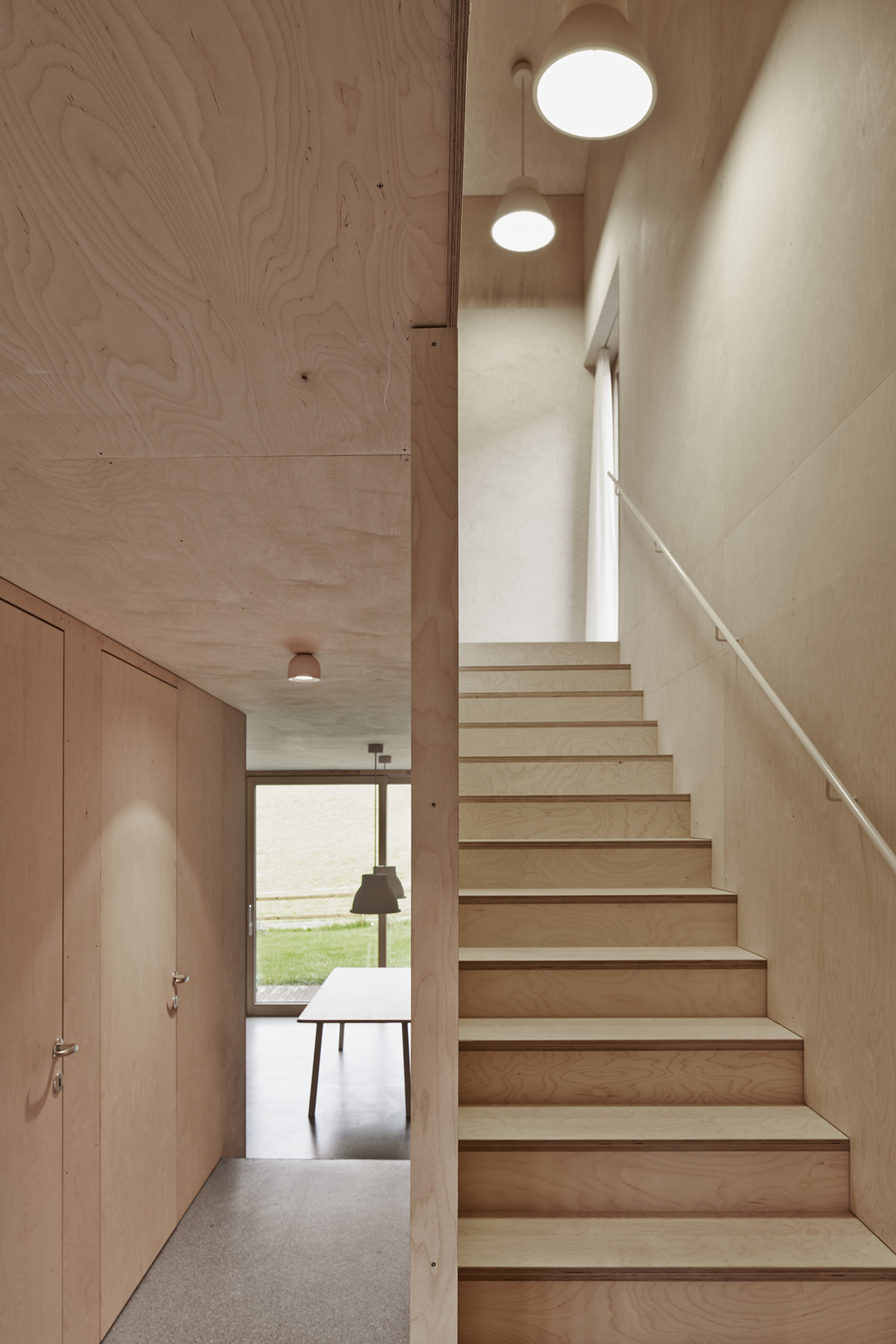 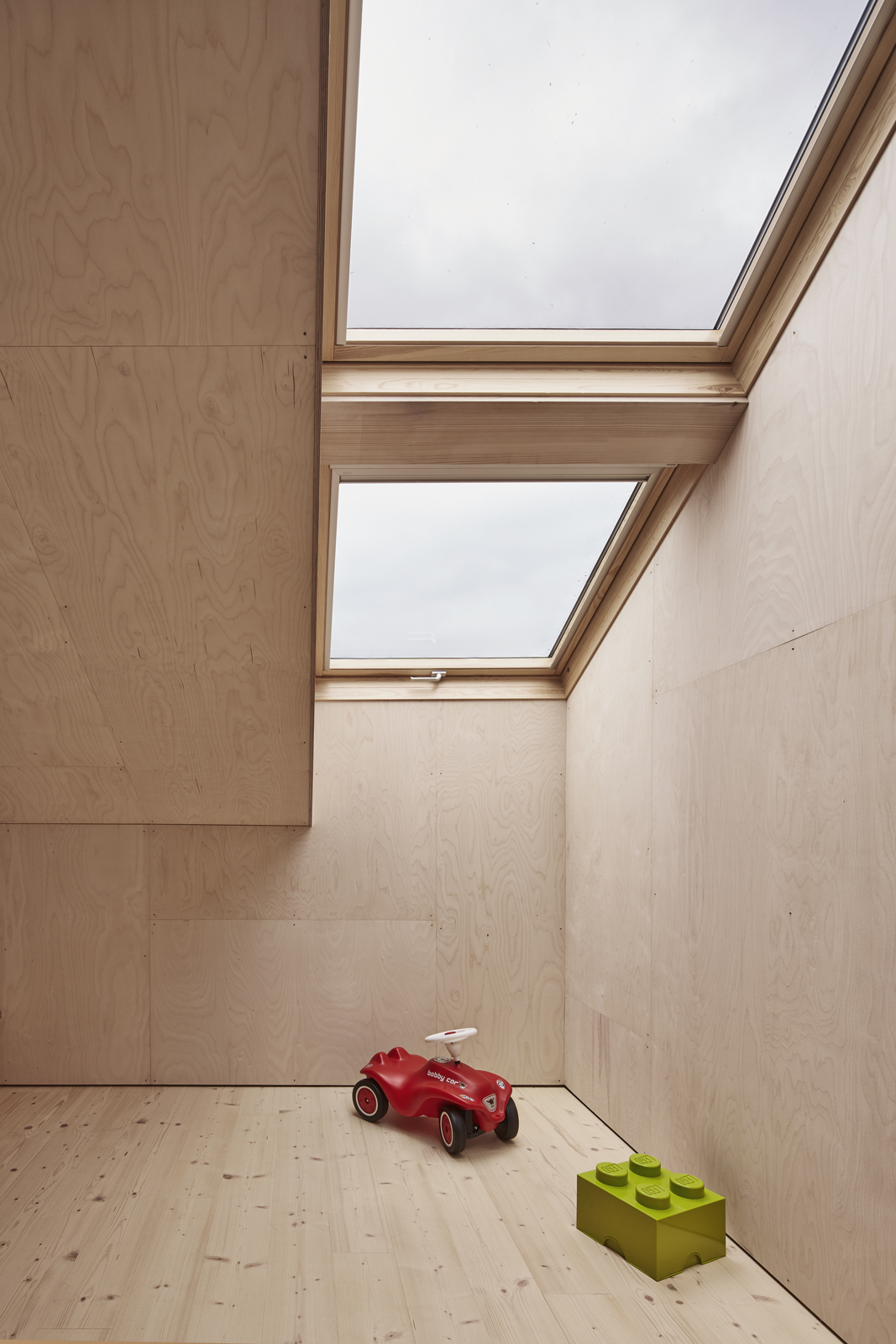 The façade is a refined but traditional and in this area often common spruce cladding. Also the materials of the interior are simple but carried through consequently. There is a play of industrial plywood, concrete and concrete stone as well as knotty spruce wood. 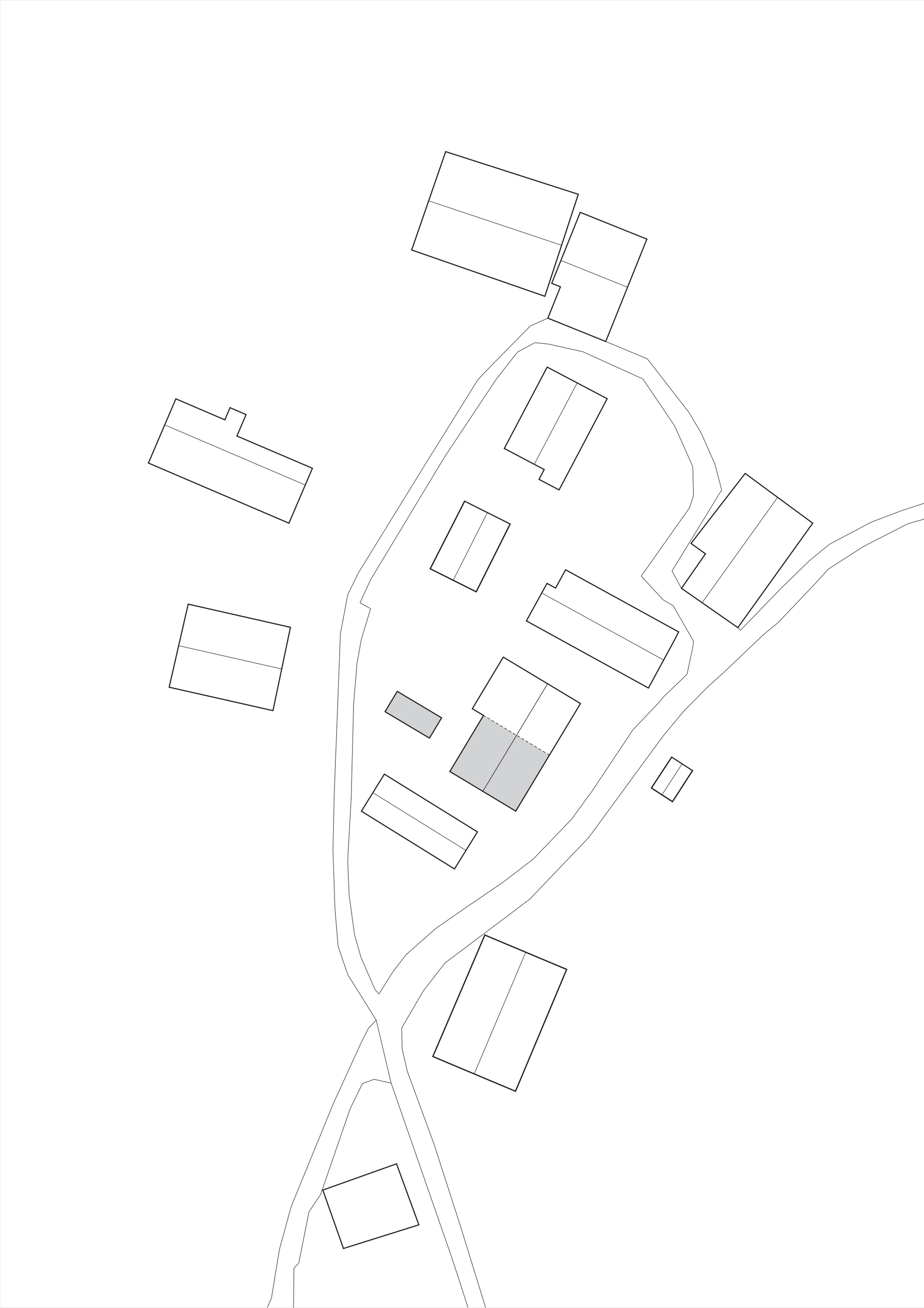 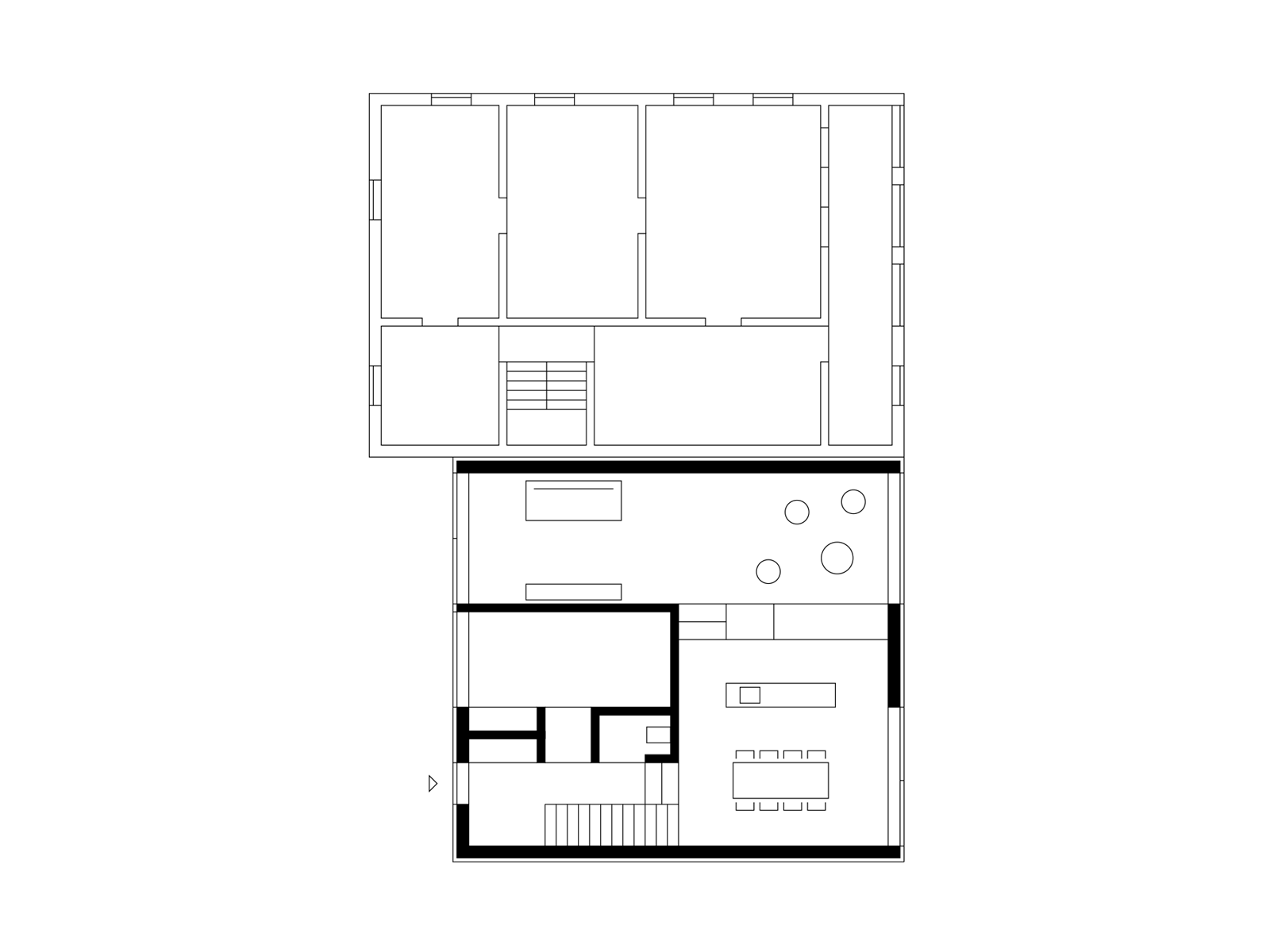 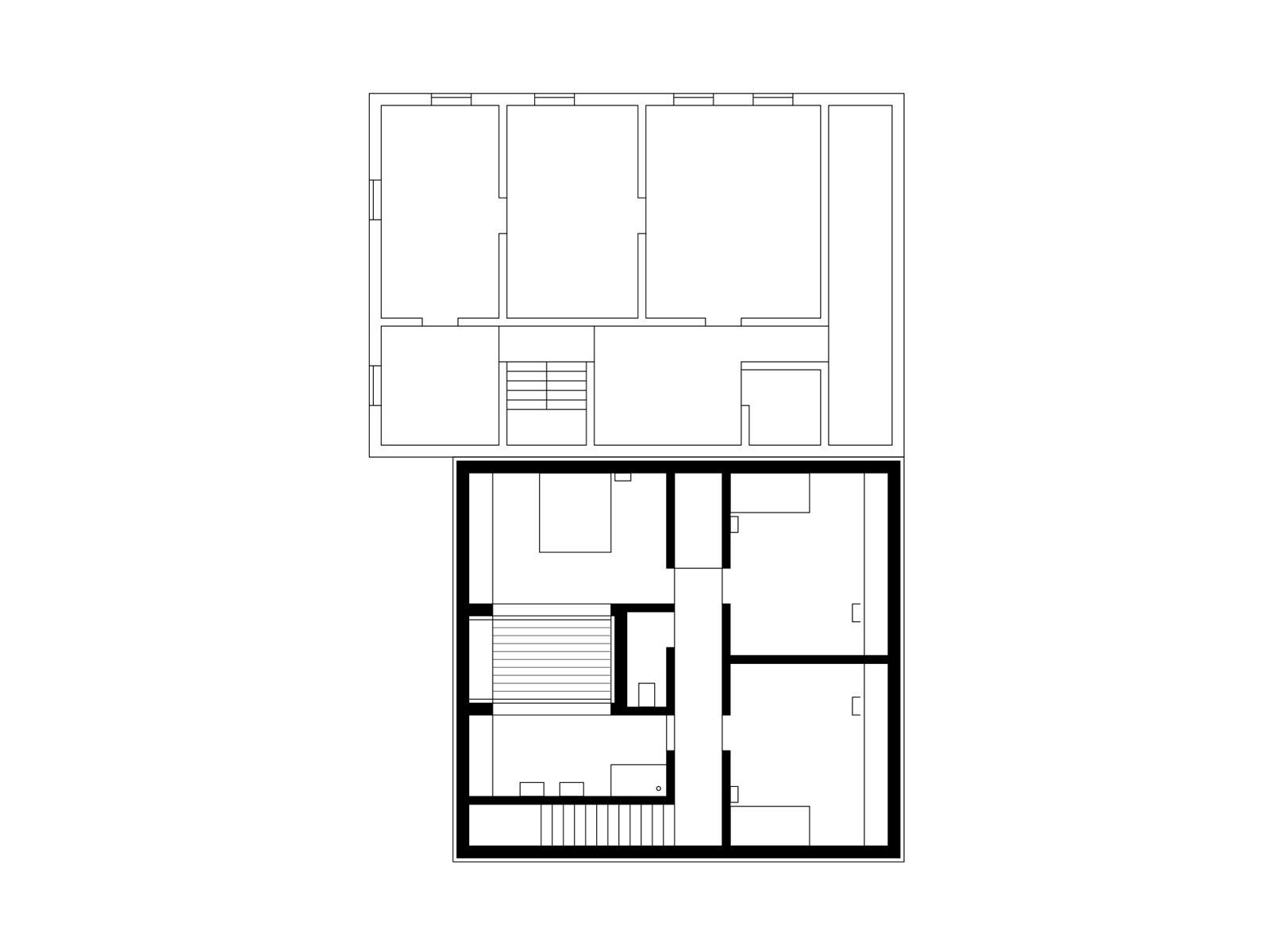 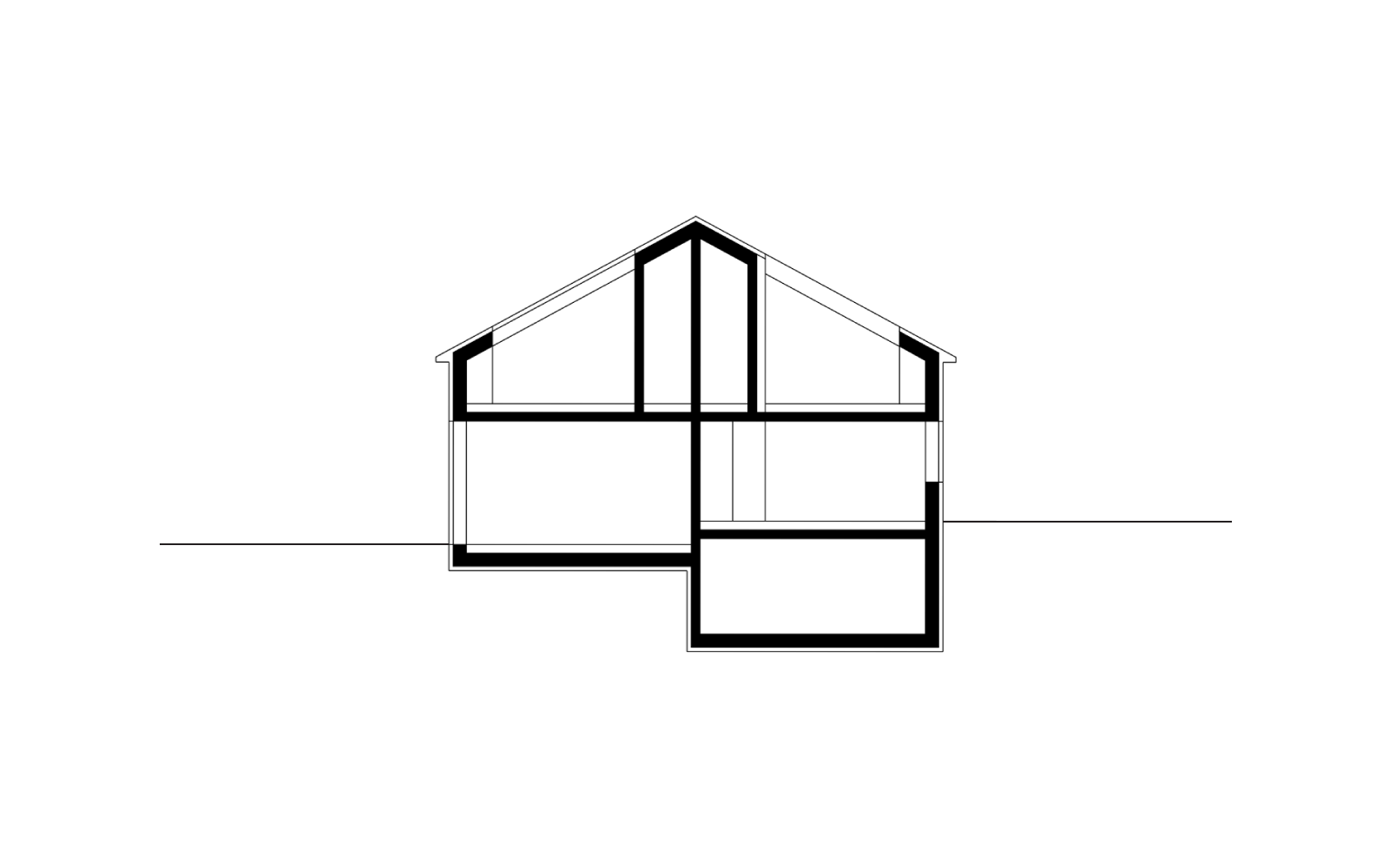