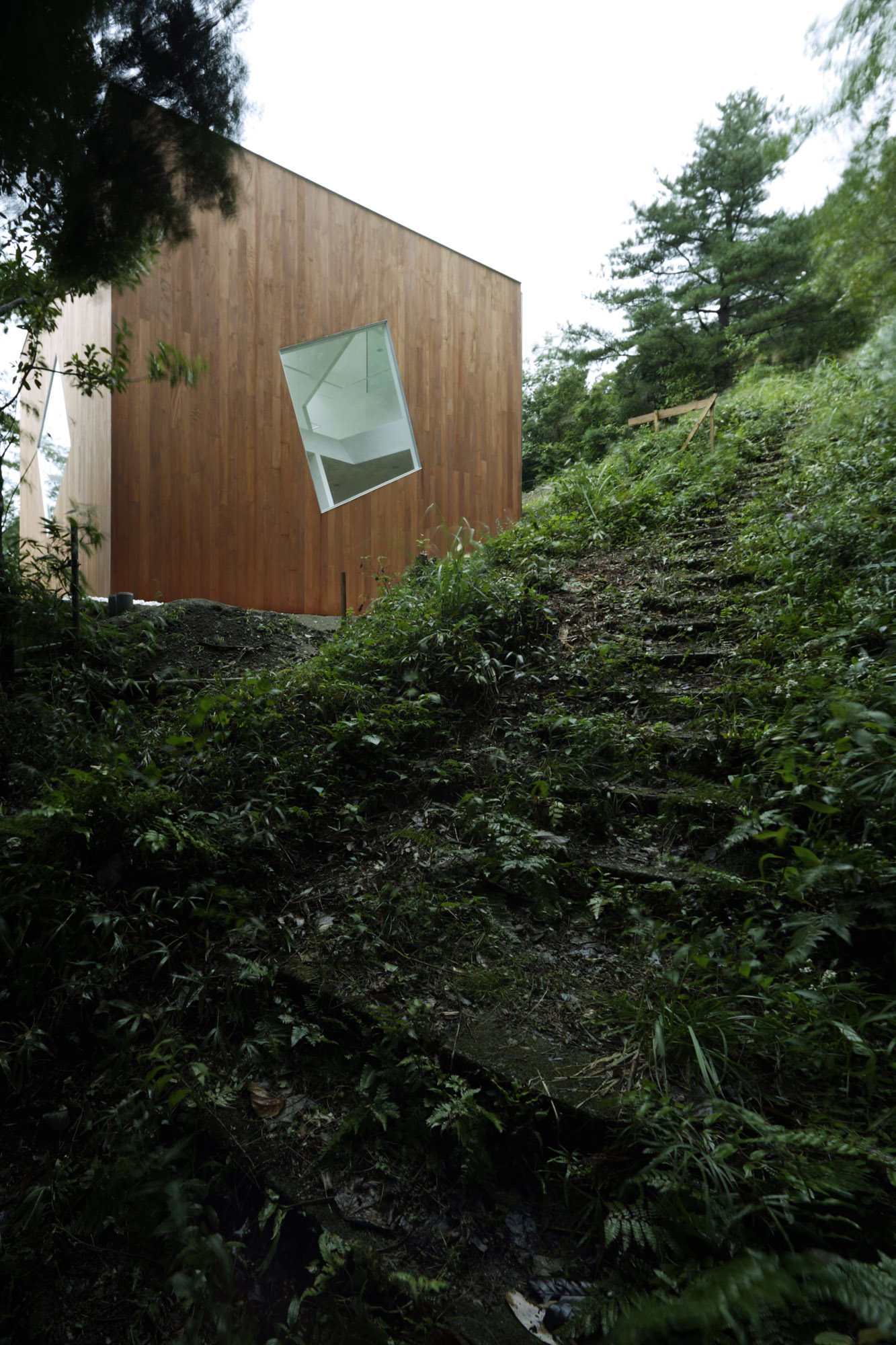 ‘villa kanousan’ is a weekend cottage situated within the deep mountains area of midland of Bousou Peninsula. The site is located on Kanou Mountain, Kimitsu City. Traditional Japanese painting artist, Kaii Higashiyama (1909-99) once mentioned that he was awakened to a landscape painting by the majestic ravine scenery of this site – this cottage is sitting on the slope looking down this ravine. 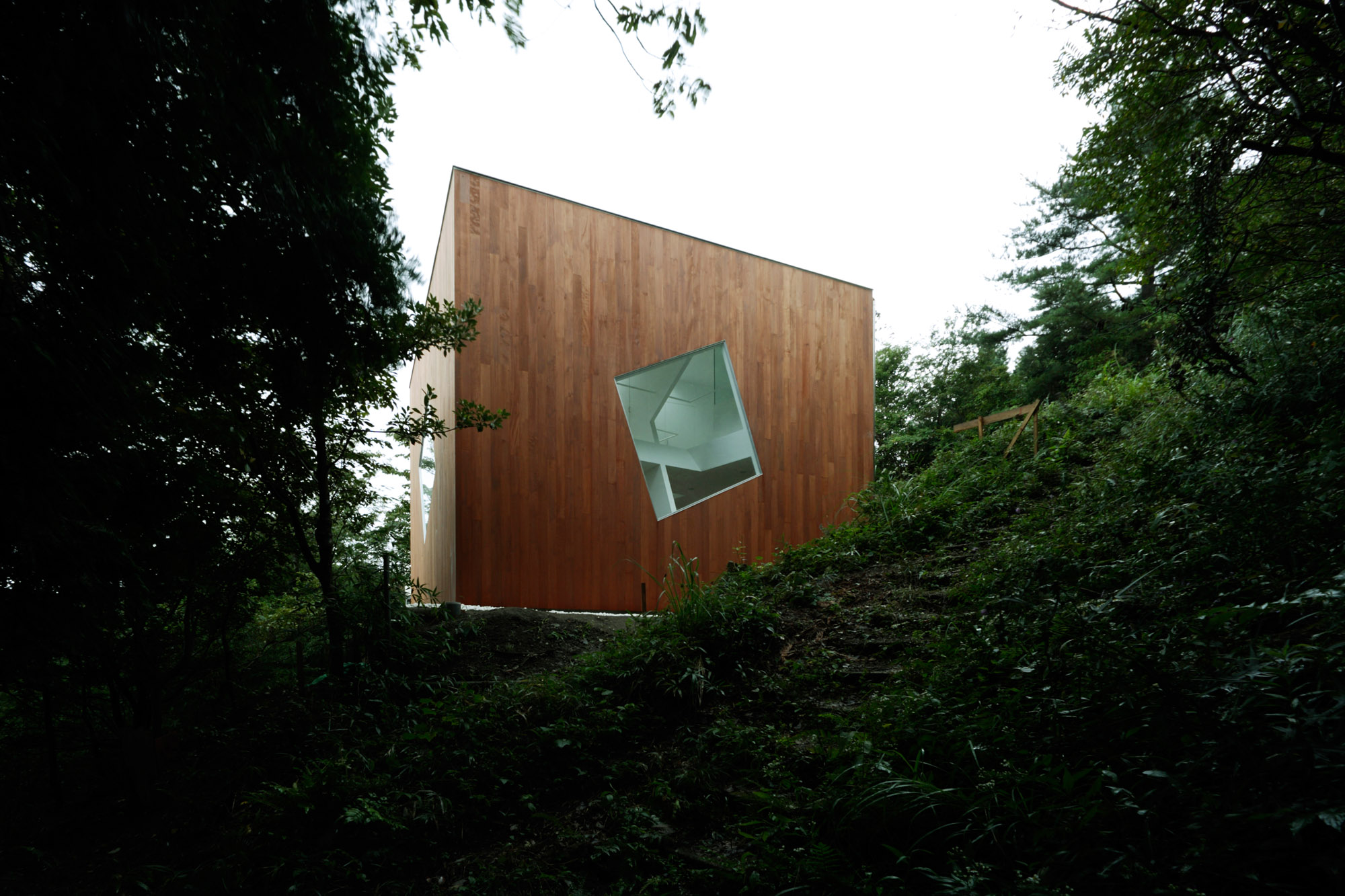 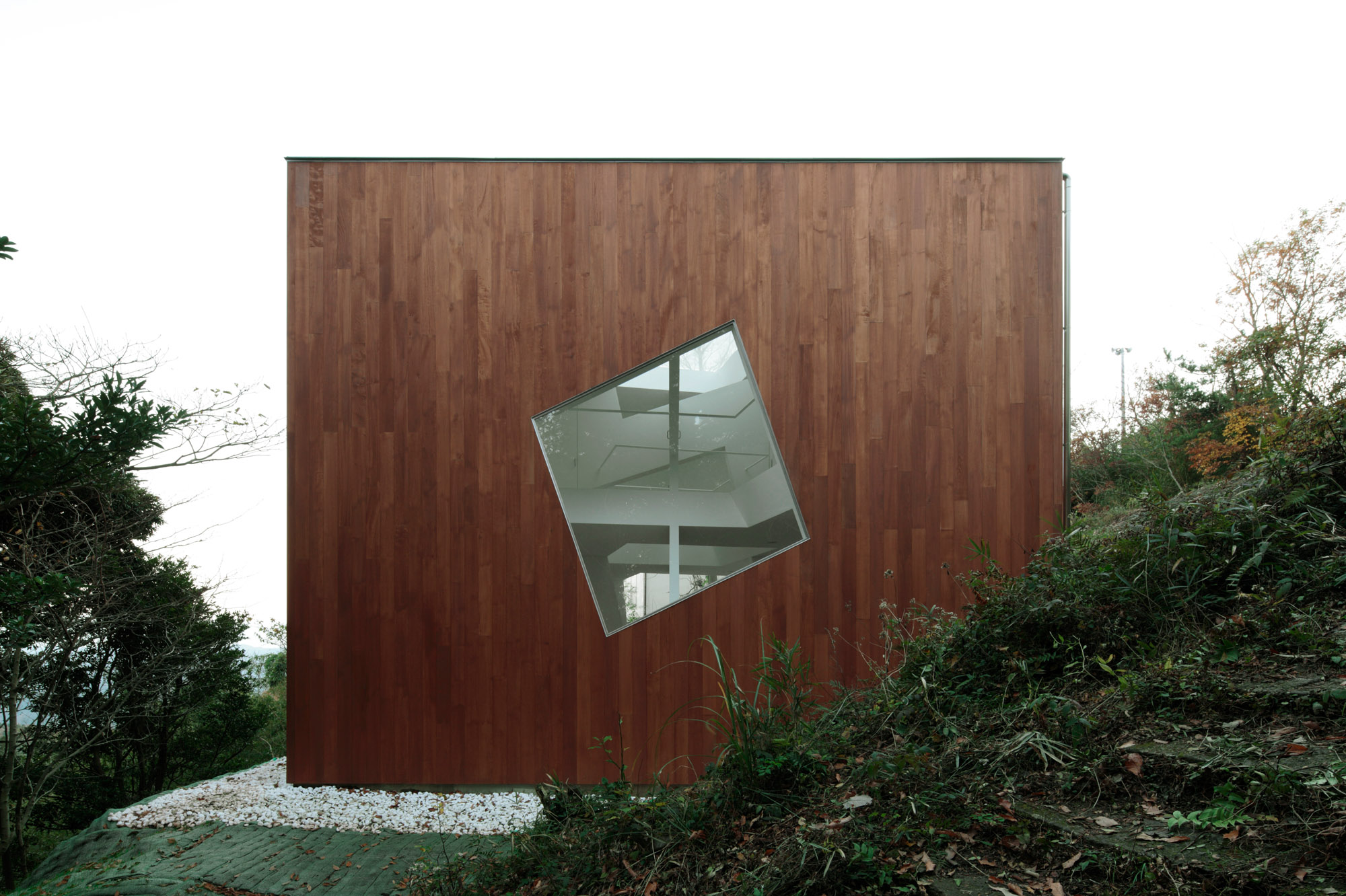 cubical cutouts are rotated according to an algorithm

The exterior shape of this building appears to be a simple cube. However, the interior consists of two layers of the traditional square plan, while a cubic volume is inserted to the points of intersection produced by the wall surfaces, the floor surfaces and the ceiling  that divide the space. The intersecting angle of each cube is defined by the rule of an algorithm, producing the most prominent character of this project——that adjacent cubes are tilted in a definite angle against each other. The rotation angle of the cubes defined by algorithmic rule dissects the interior volume into various spaces according to the header forms of the cutting plane, providing diverse spatial conditions as each individual room. 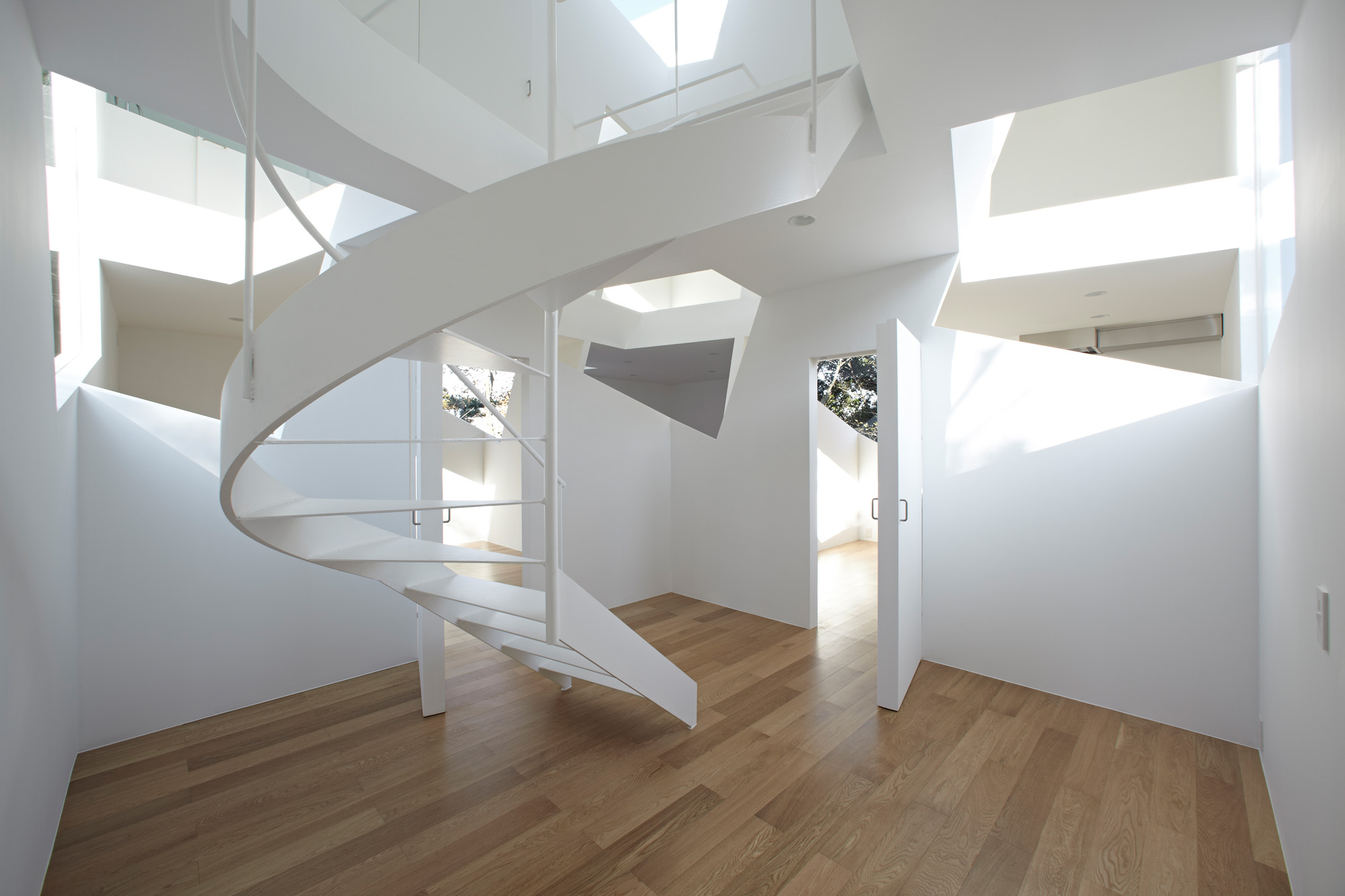 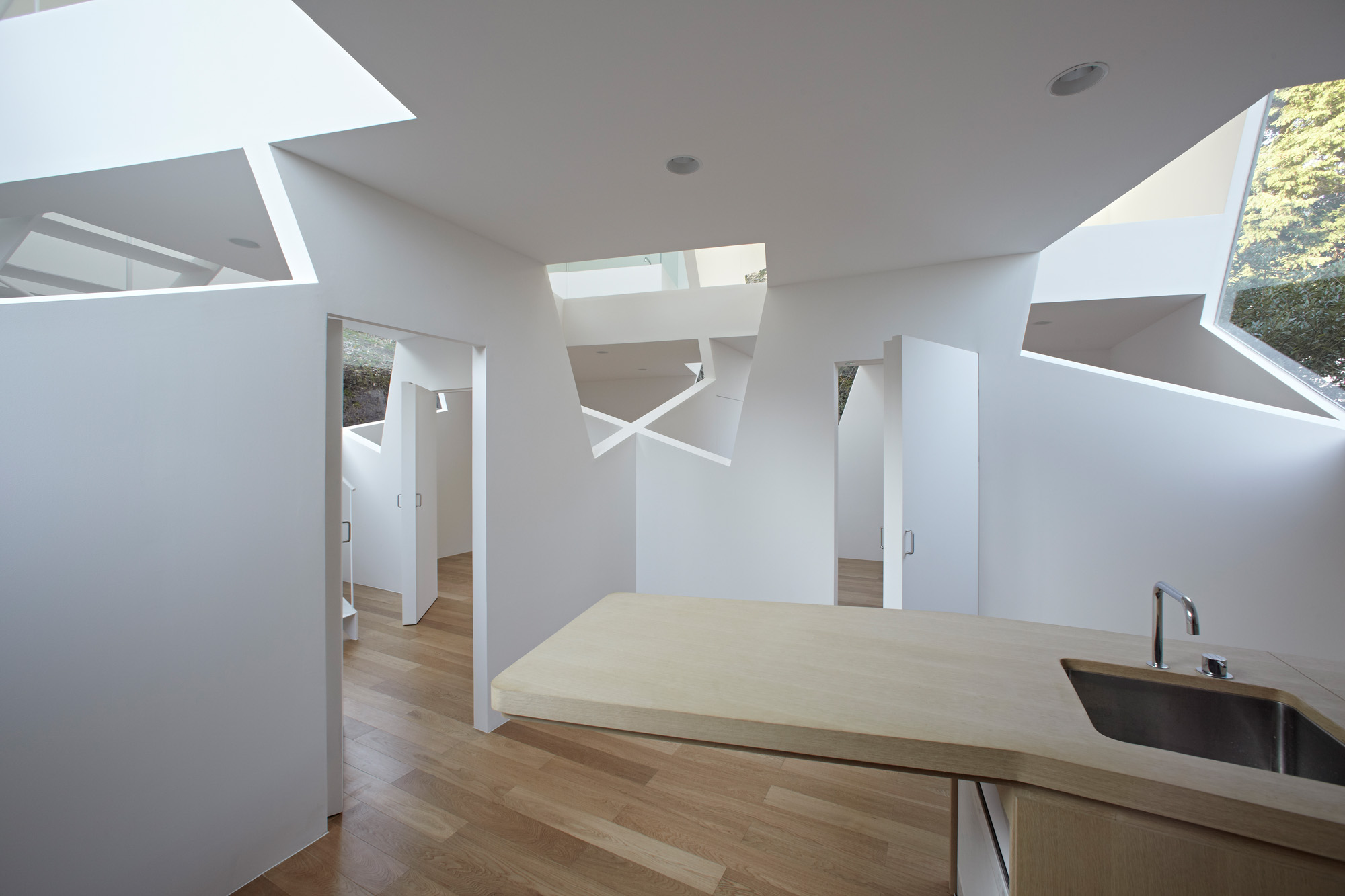 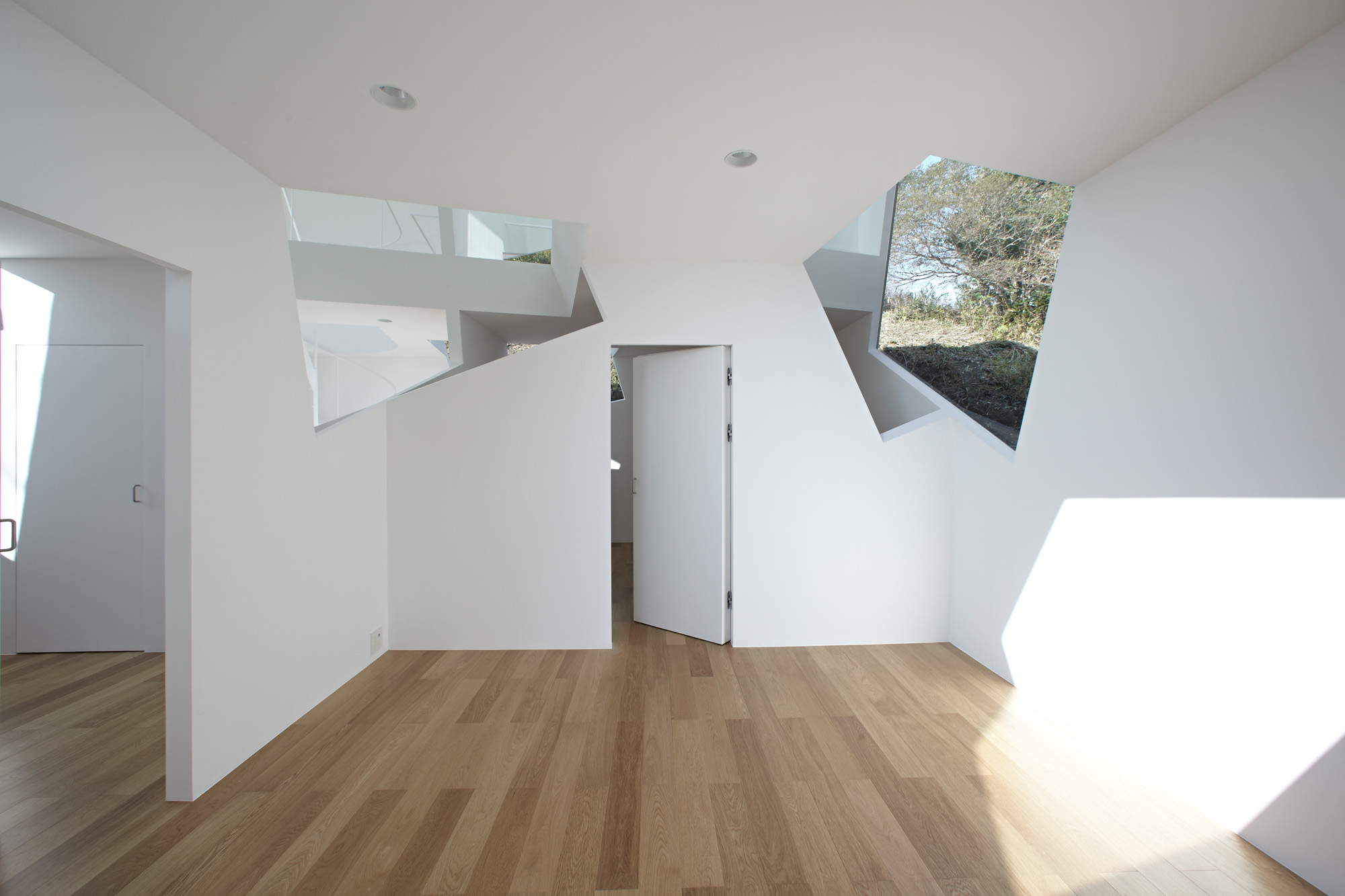 views of the outside penetrate the home

The interior produced by this method have diverse characteristics for each space although the certain sense of order is given to the whole building since the setting of the cube angle is not random. This condition allows to experience the coexistence of the order and the diversity as antinomy based on the physical sensation of the space. It can be said that such coexistence of order and diversity is the most significant characteristic of the architectural space produced by an algorithmic rule. 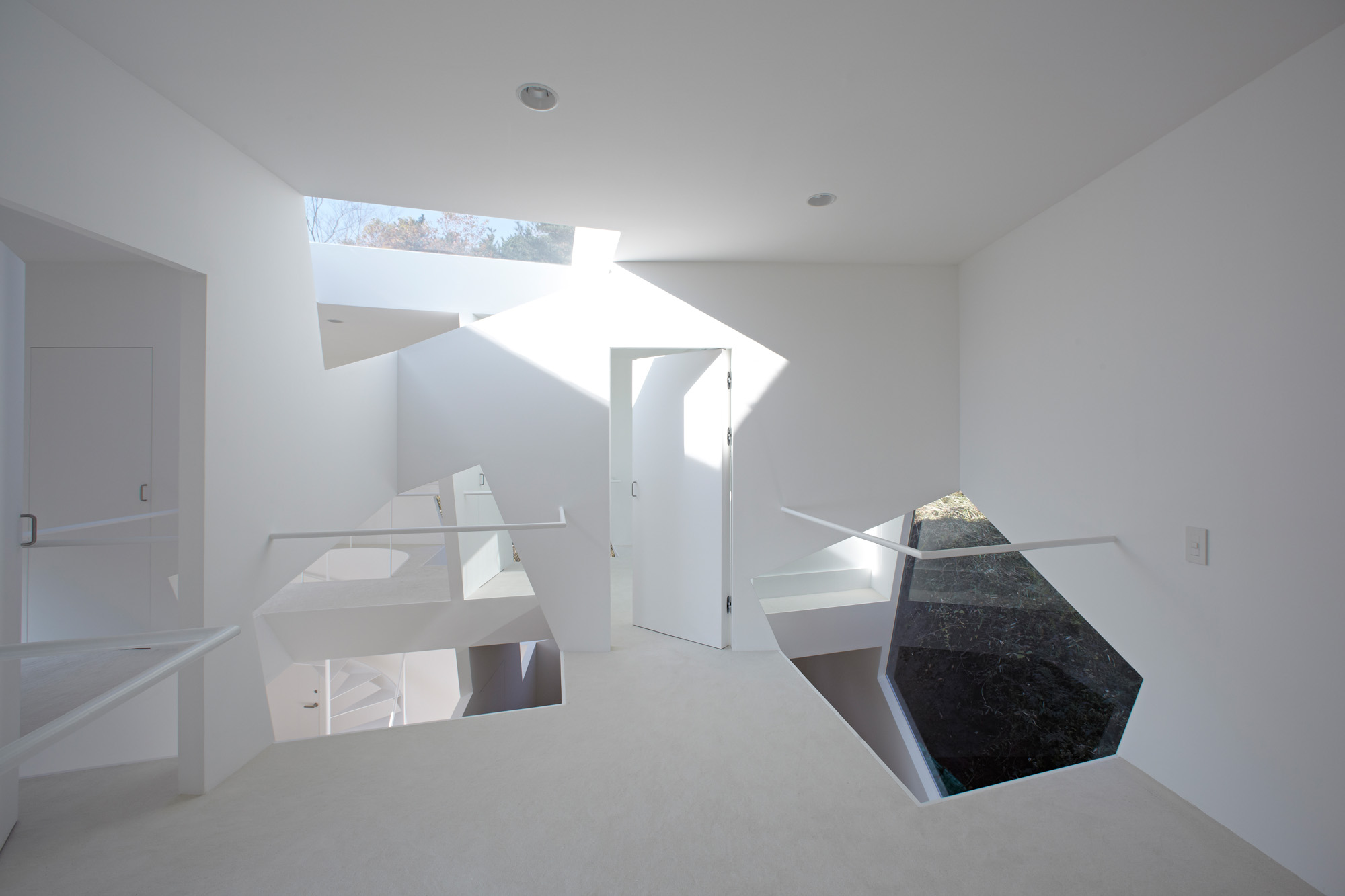 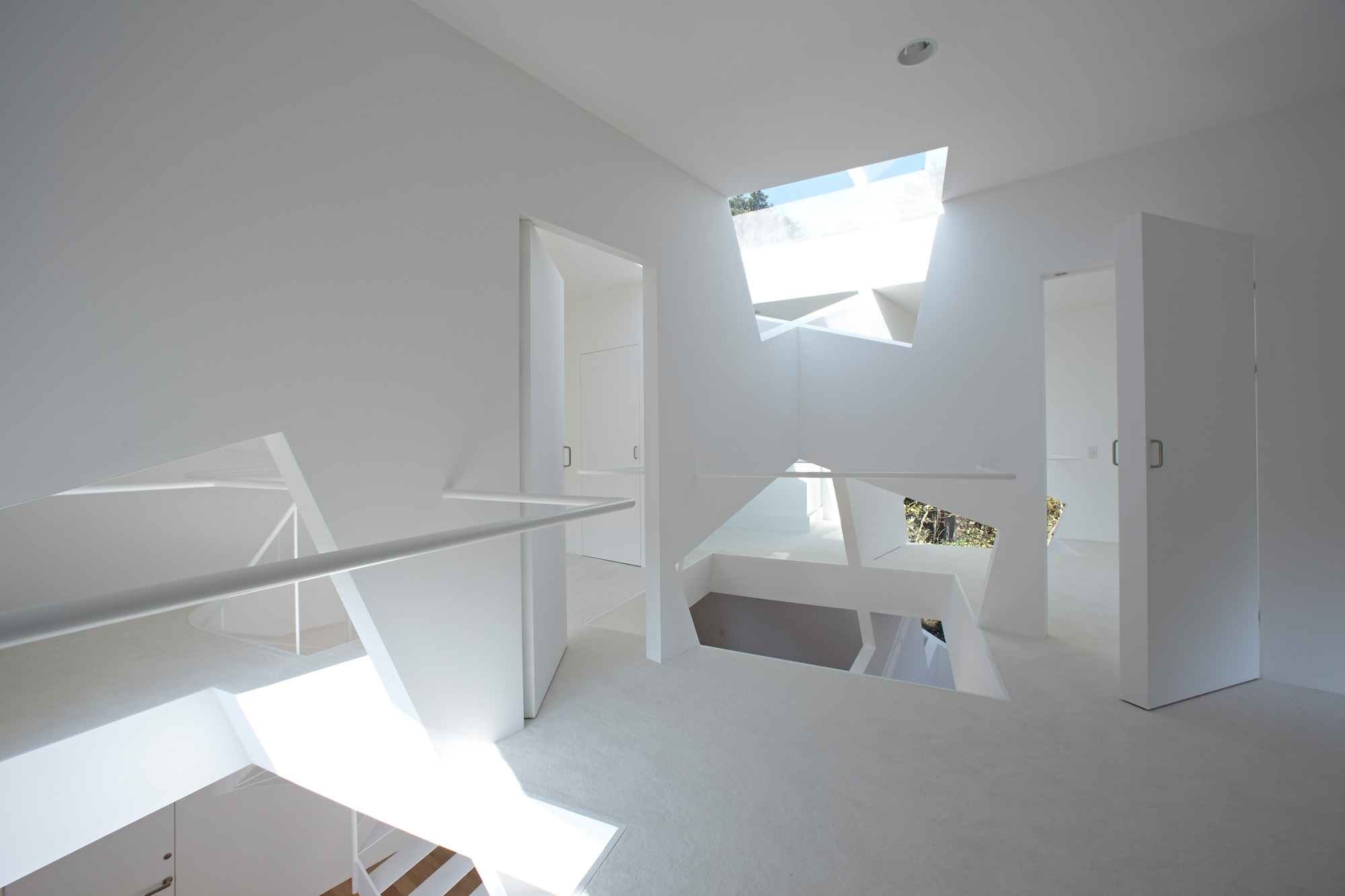 light plays in prismatic forms throughout this weekend hideout 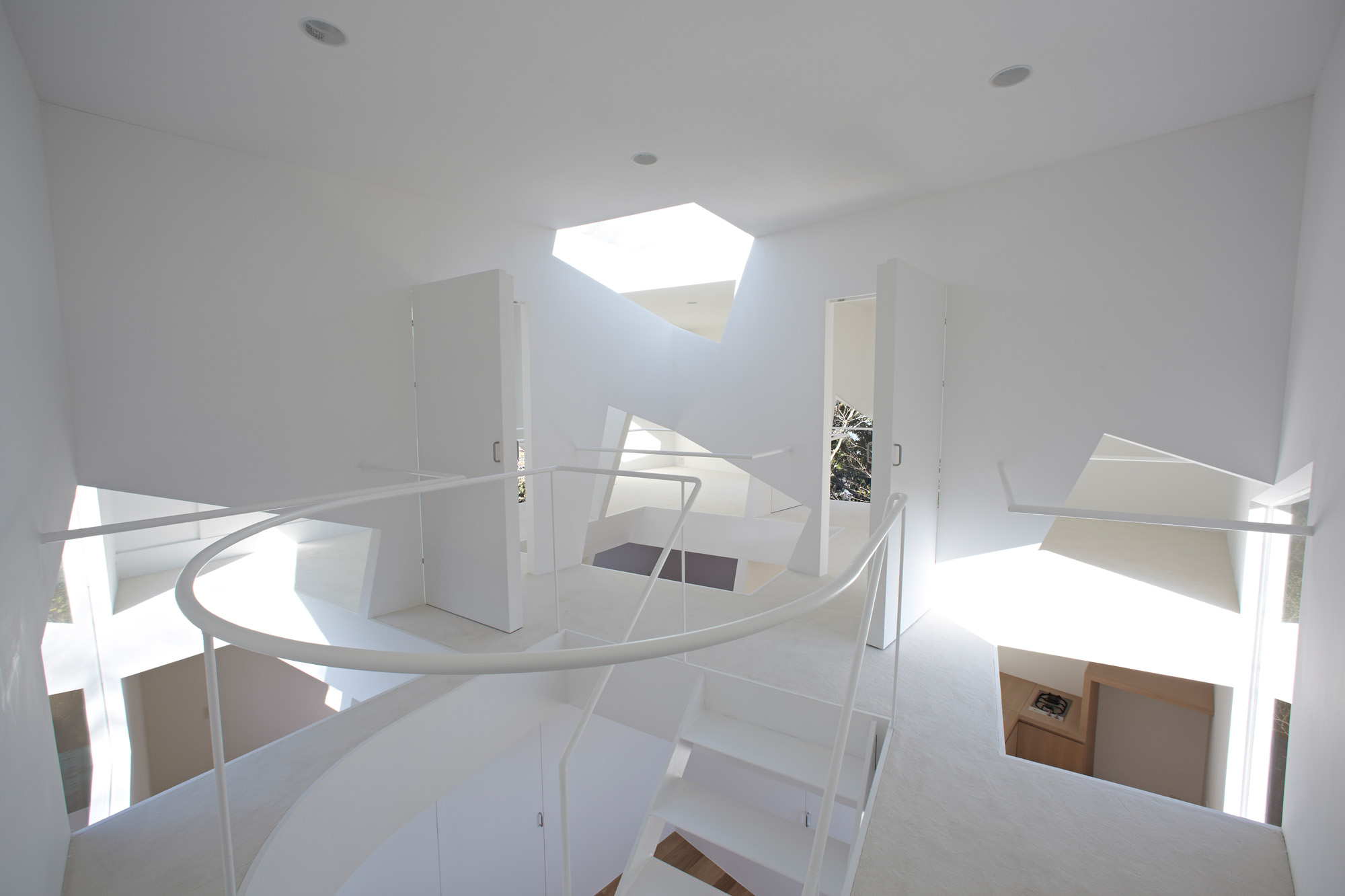 four rotated cubes are carved out of the main volume

The toplight on the ceiling brings in the sunlight and filled up the room during the daytime. Beams of the sunlight come from unexpected direction and crisscrosses within the interior, bringing out more layers of complexity to the already diverse interior condition. The initial rotation angle of the cube is fixed according to the slope angle of the site, therefore the magnificent natural scenery is reflected and articulated to the spatial conditions of the interior space. The occupants of the space can feel the sense of unity to the scenery visible outside of the windows. 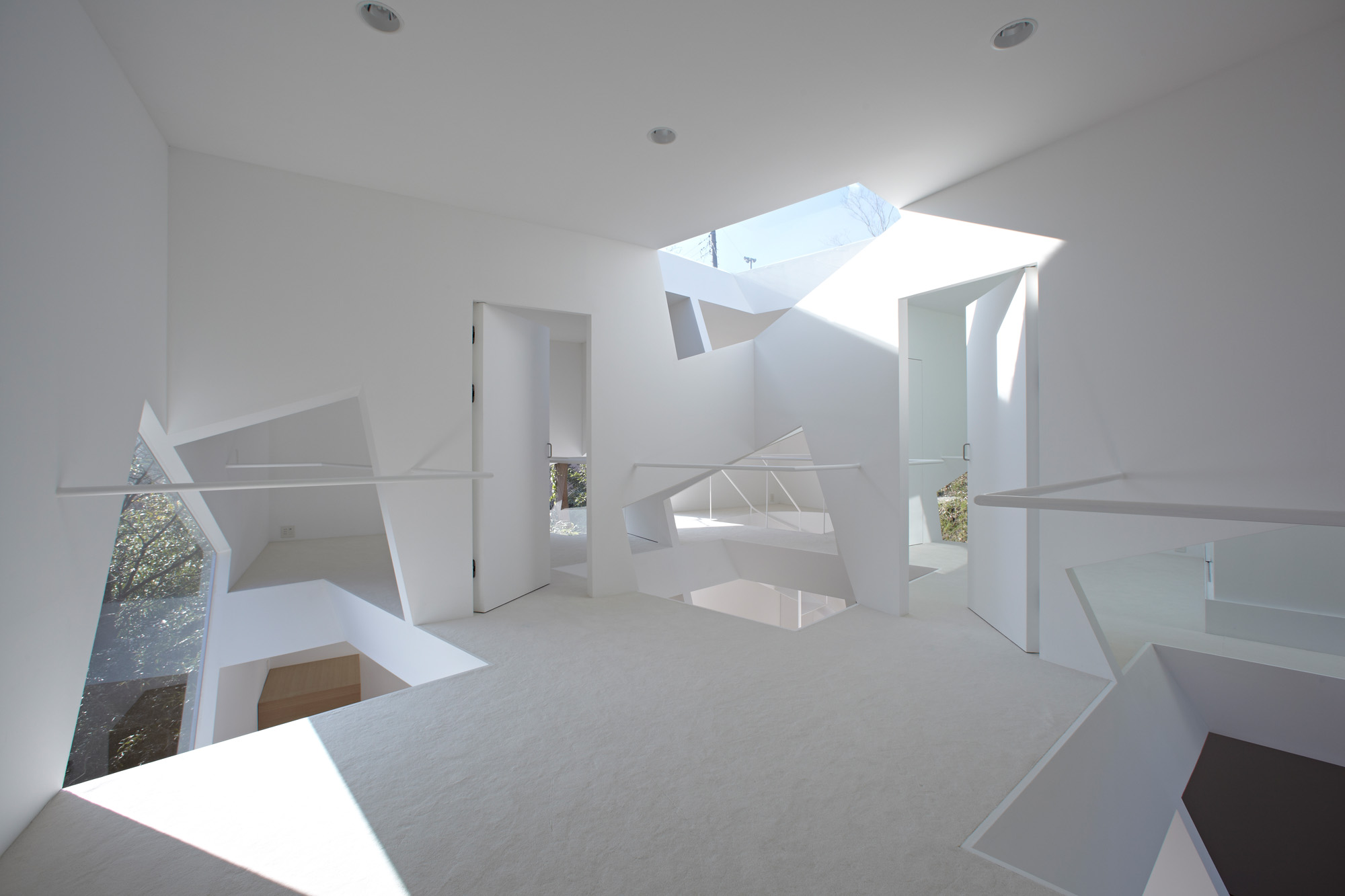 the voids create visually engaging spaces, while the thresholds between rooms are constantly open 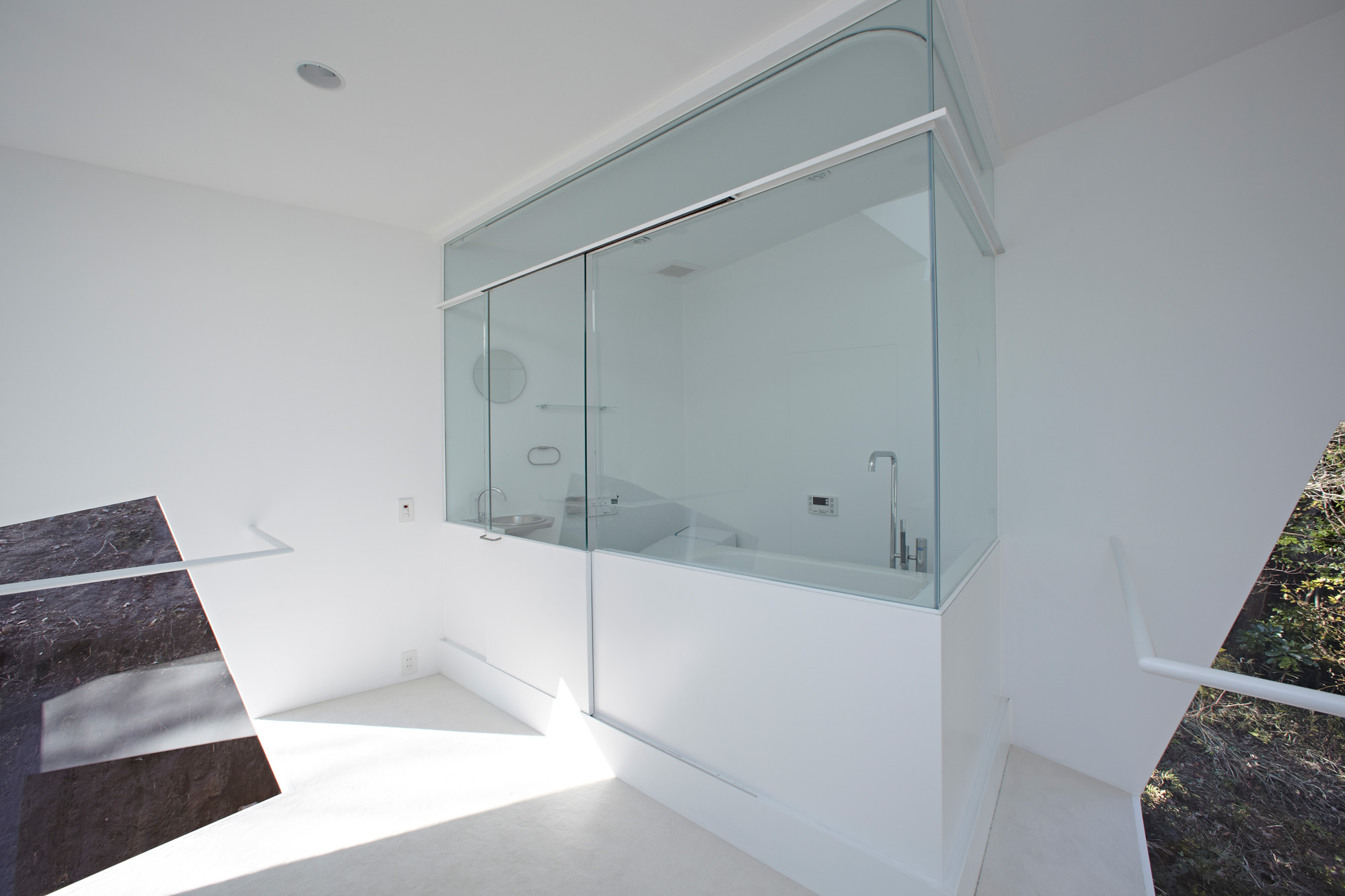 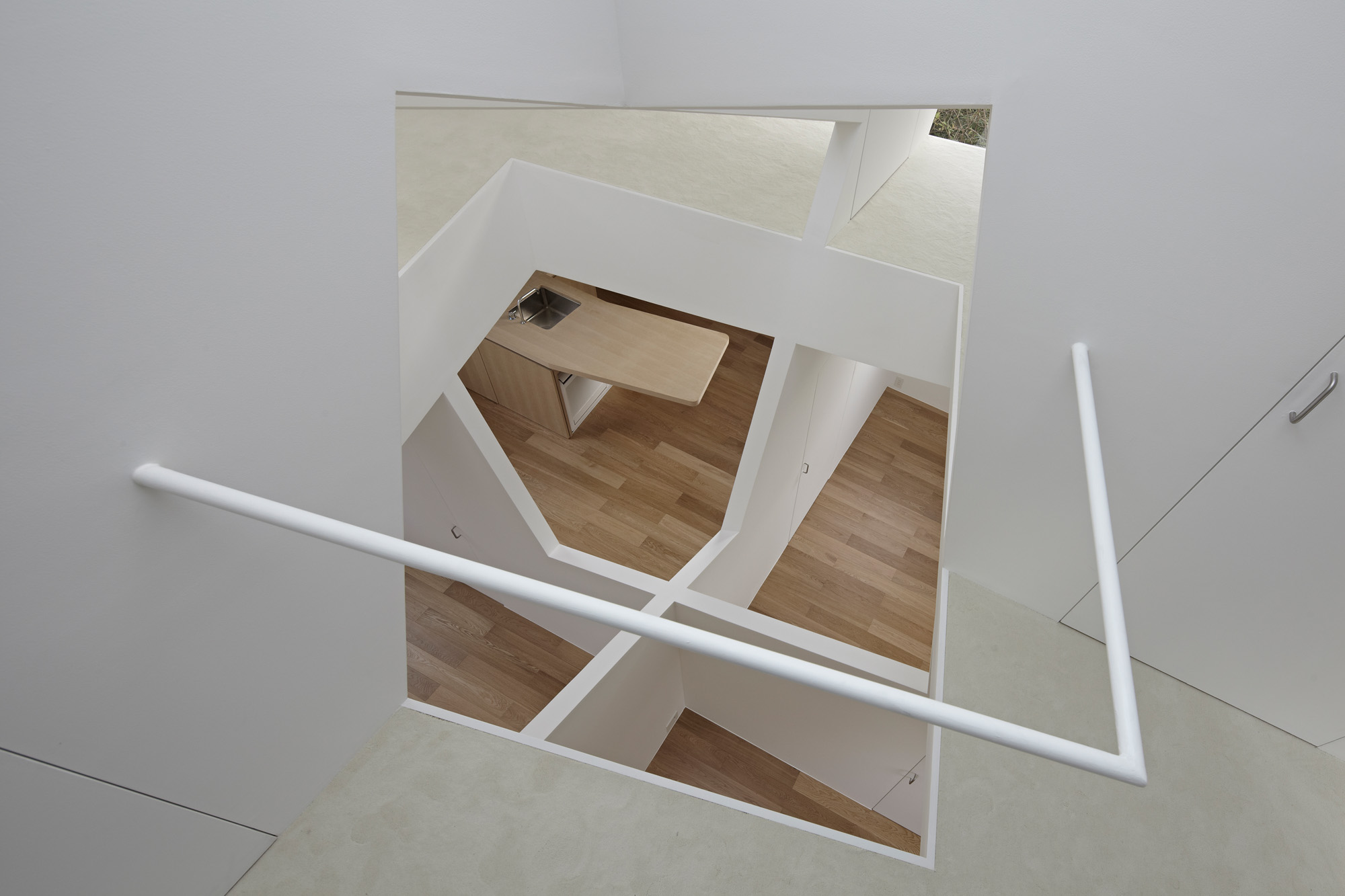 one of the voids connects all the rooms at once

This weekend cottage was completed under the unique methodology of configuring the spaces—while it exists within the grand nature, and its surrounding scenery is taken into the space. The result would be the new and original physical sensation and experience of the space. 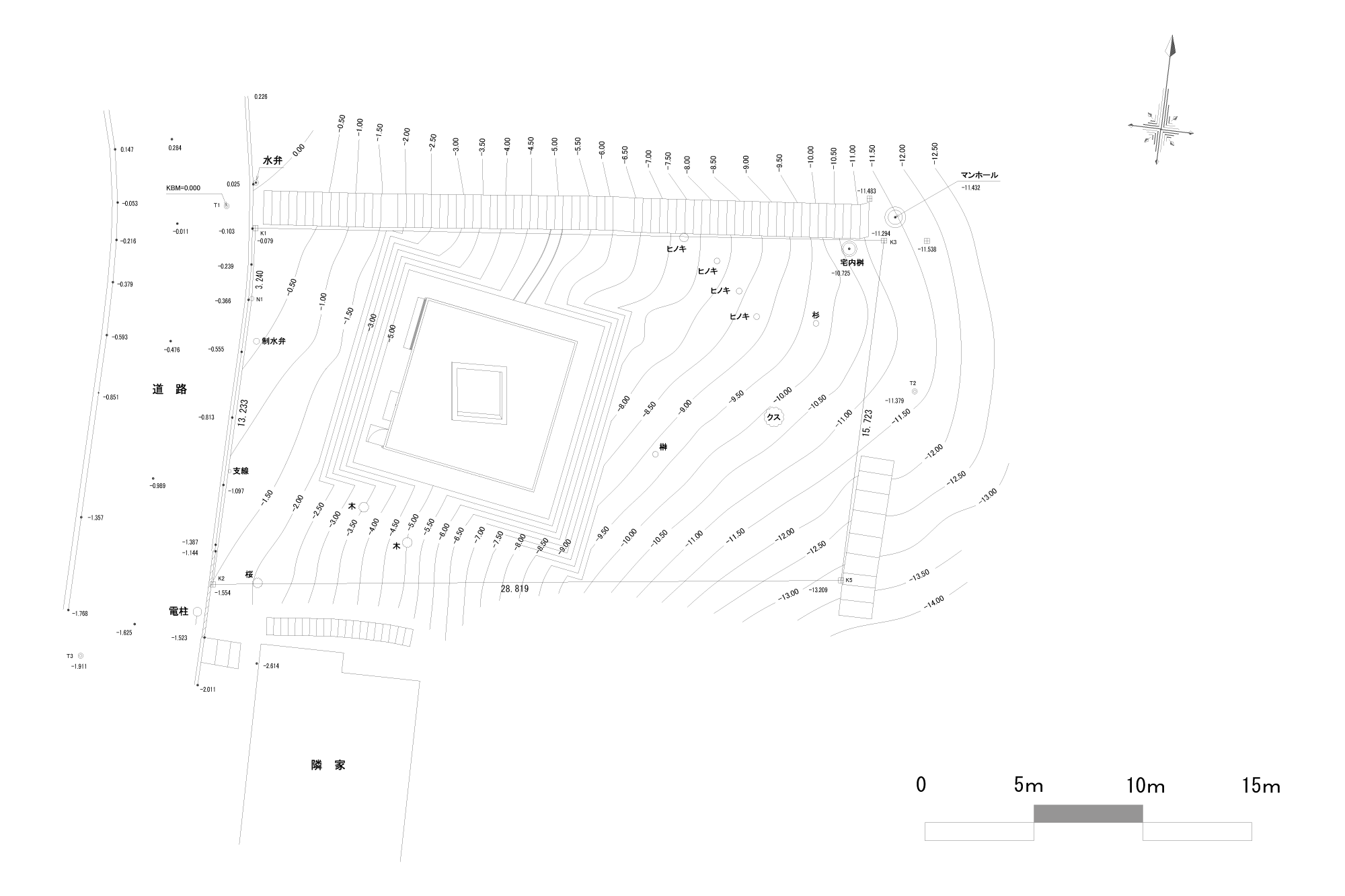 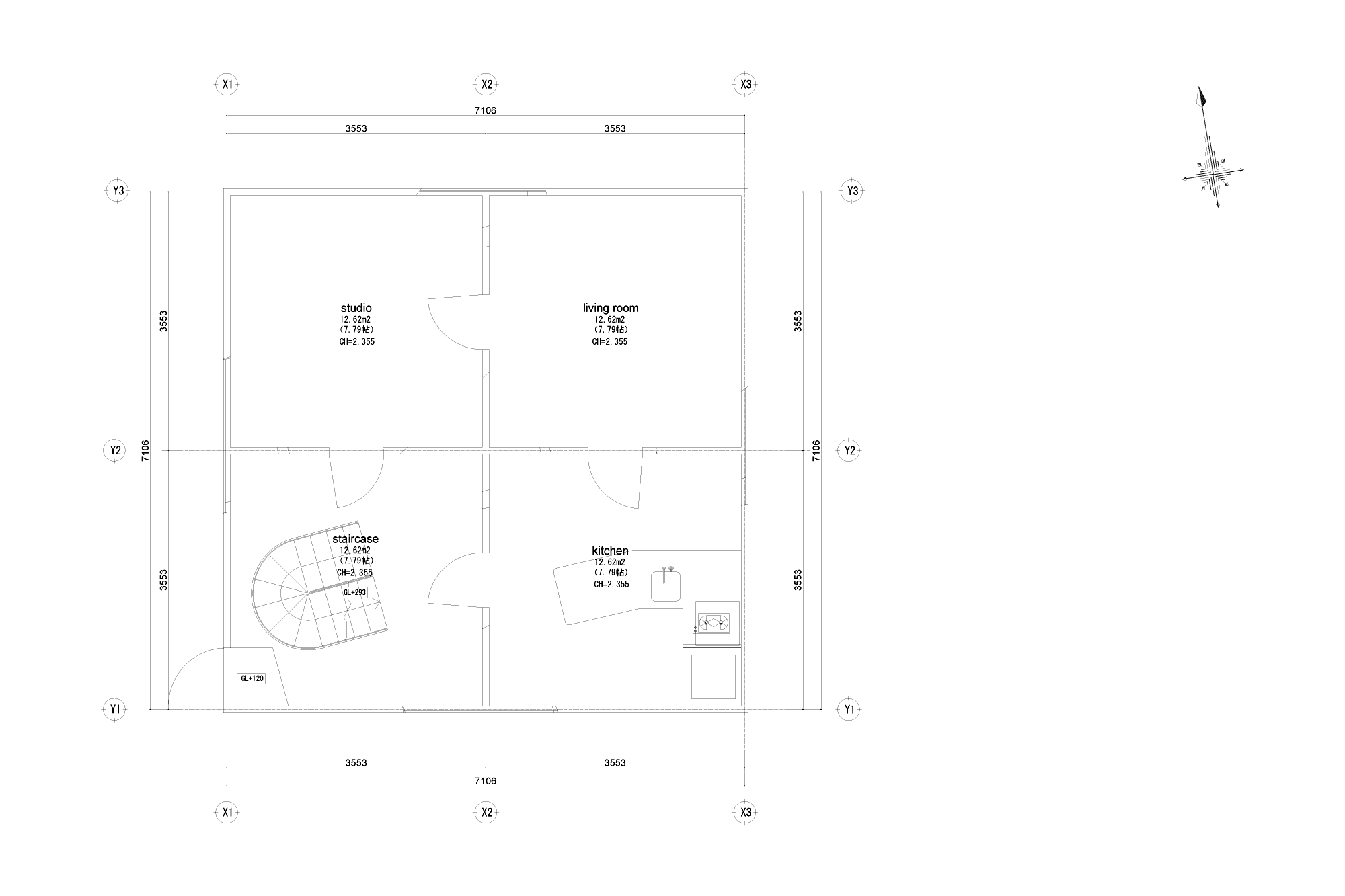 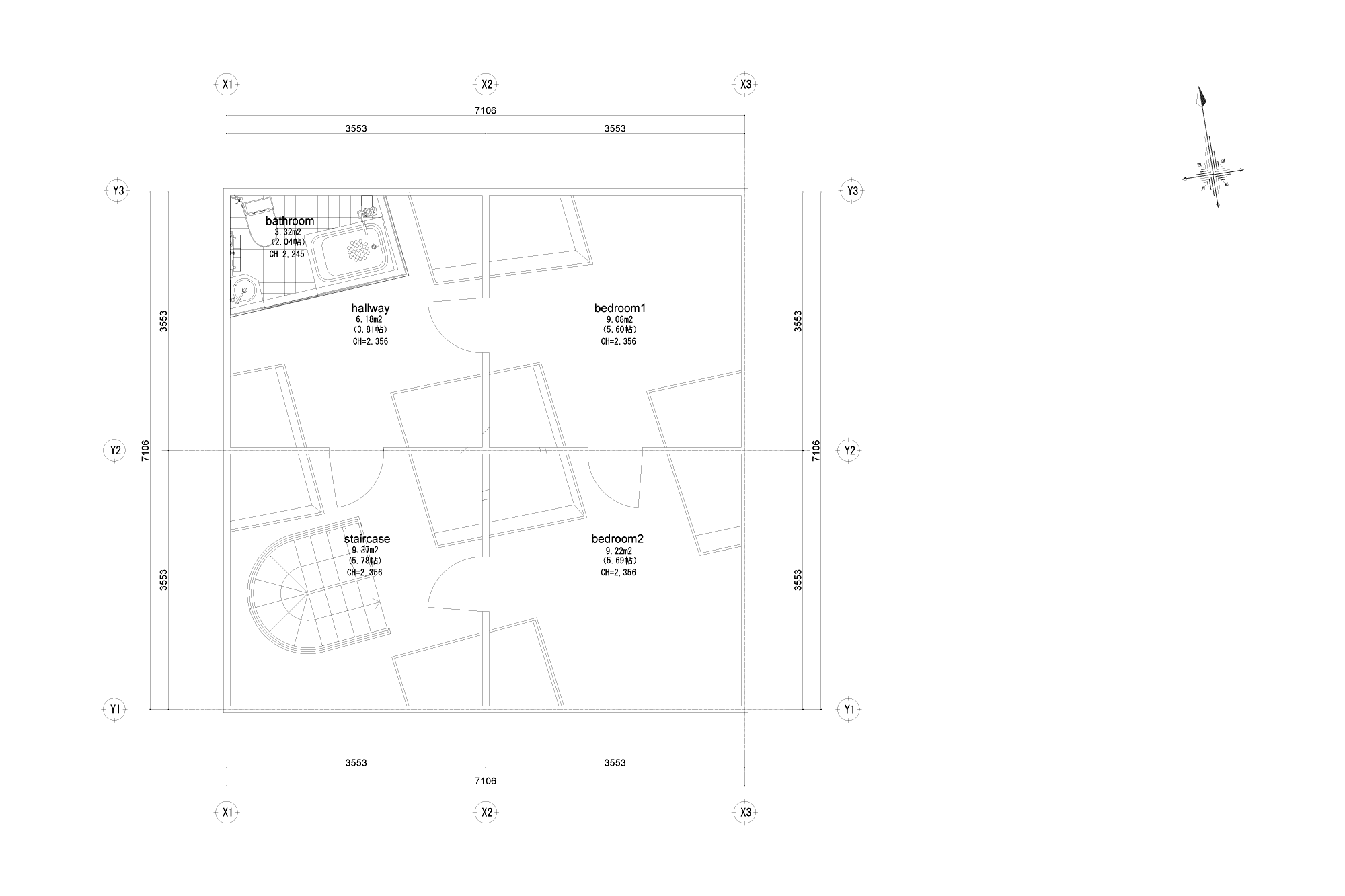 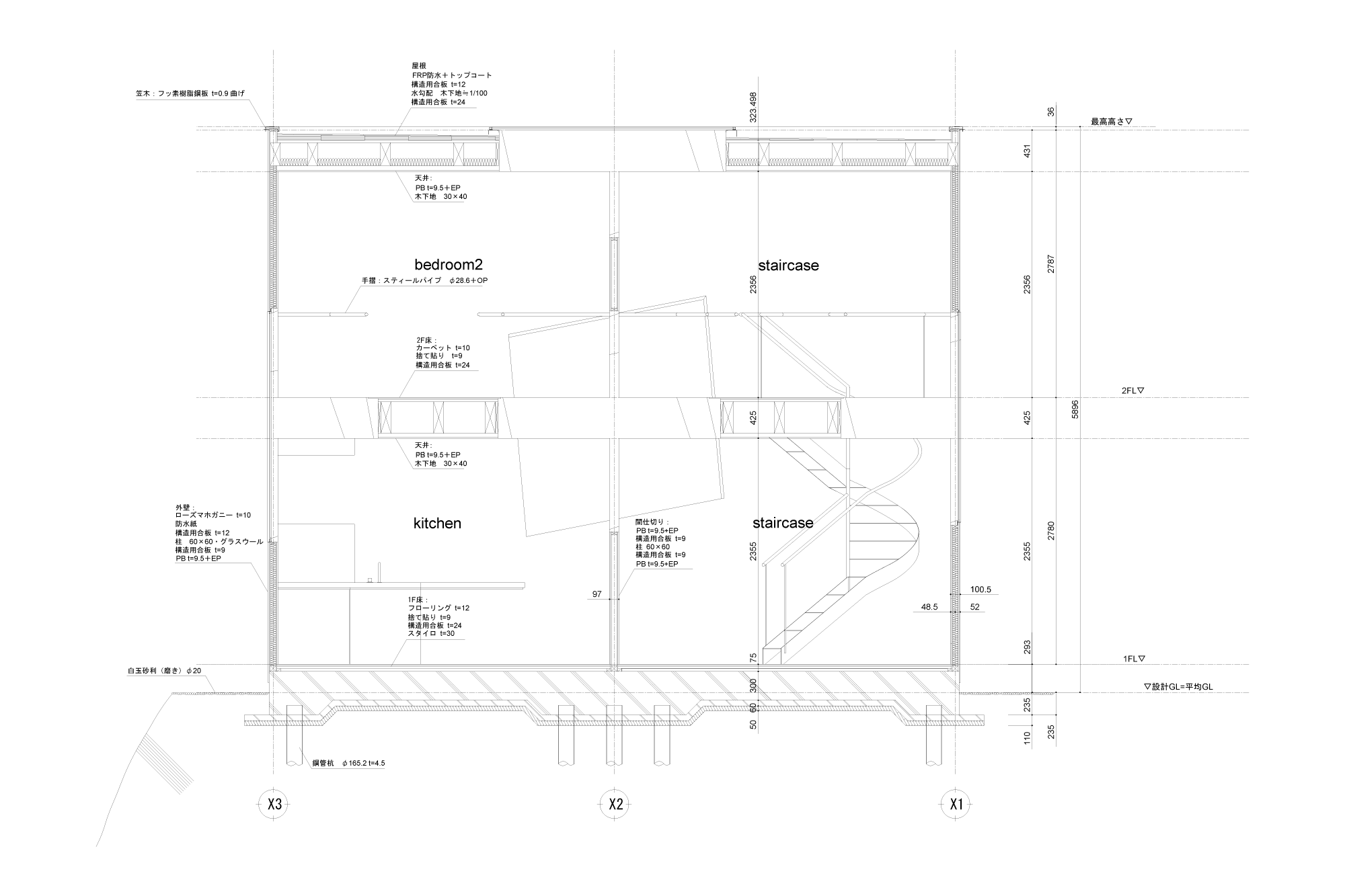 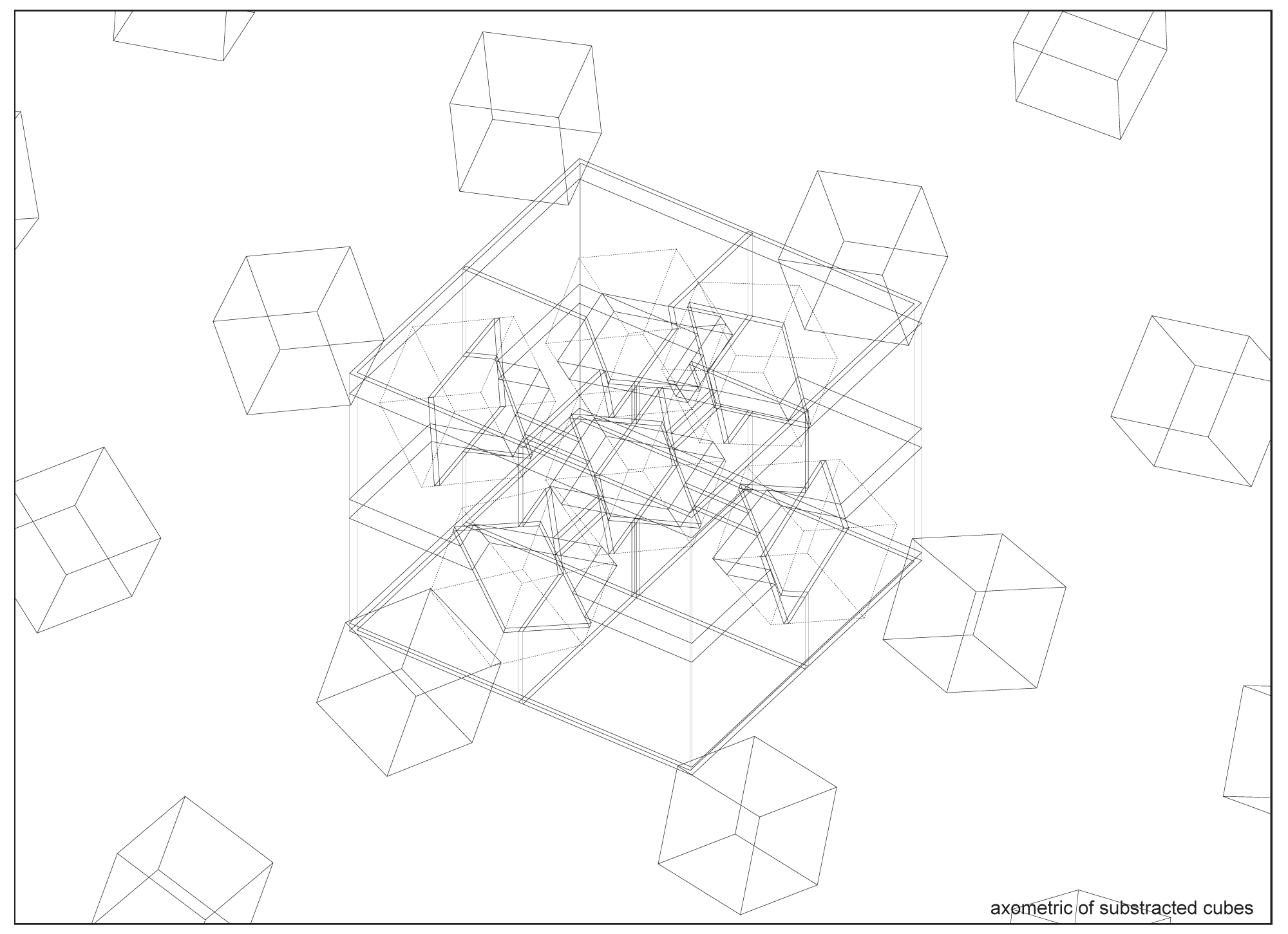