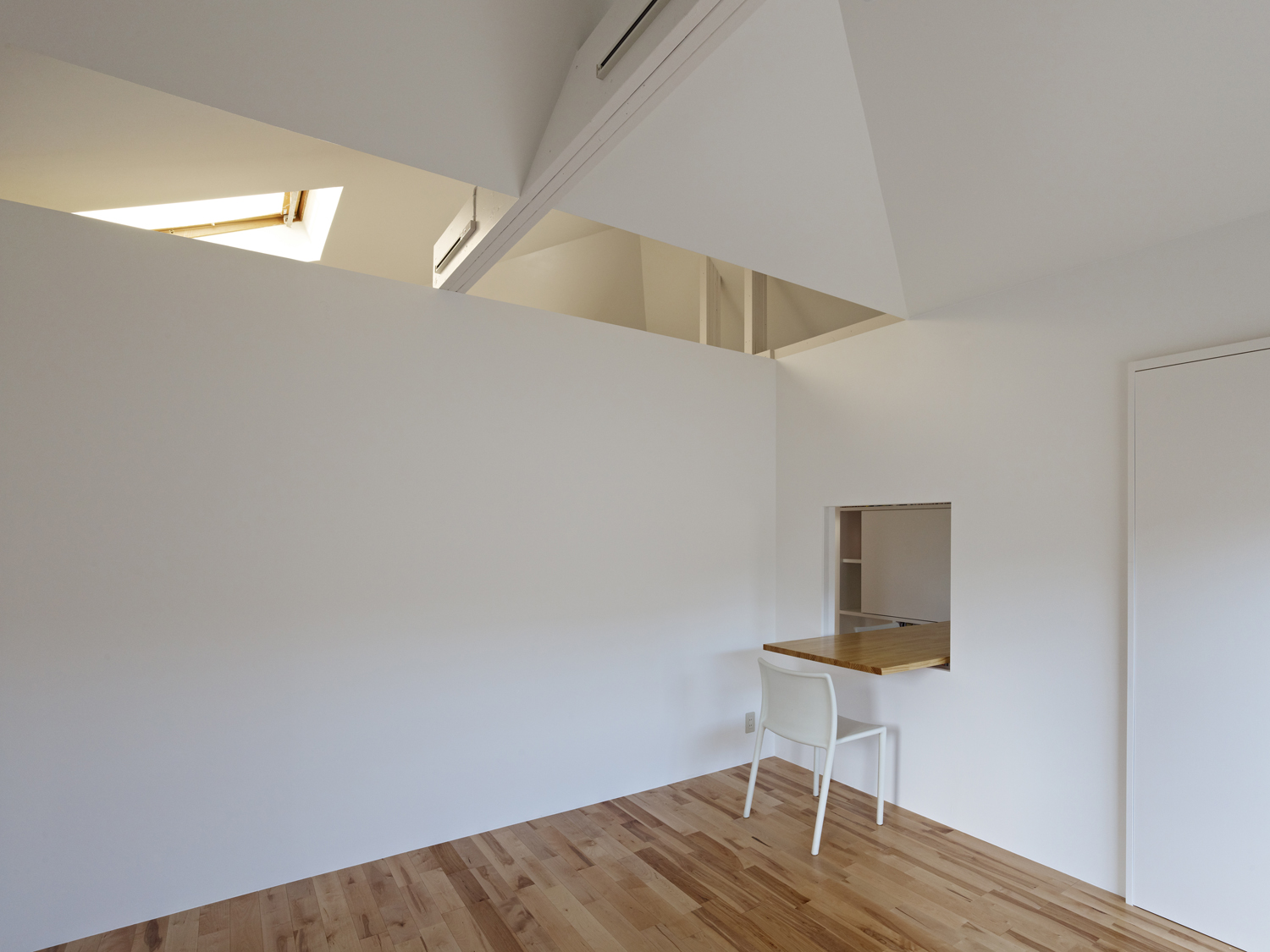 A house renovation in Takanodai

‘Suspensions of space’ is renovation project of a second-hand house that was made by the two by four method. We designed only second floor in which young couple wanted to live with daughter. Their original demand was living in large one-room without walls, but there was limit to remove walls because of structural restriction of the two by four method. 2×4 houses have been spread on account of speed and easiness of construction. However, it’s difficult to change plan in terms of house renovation. 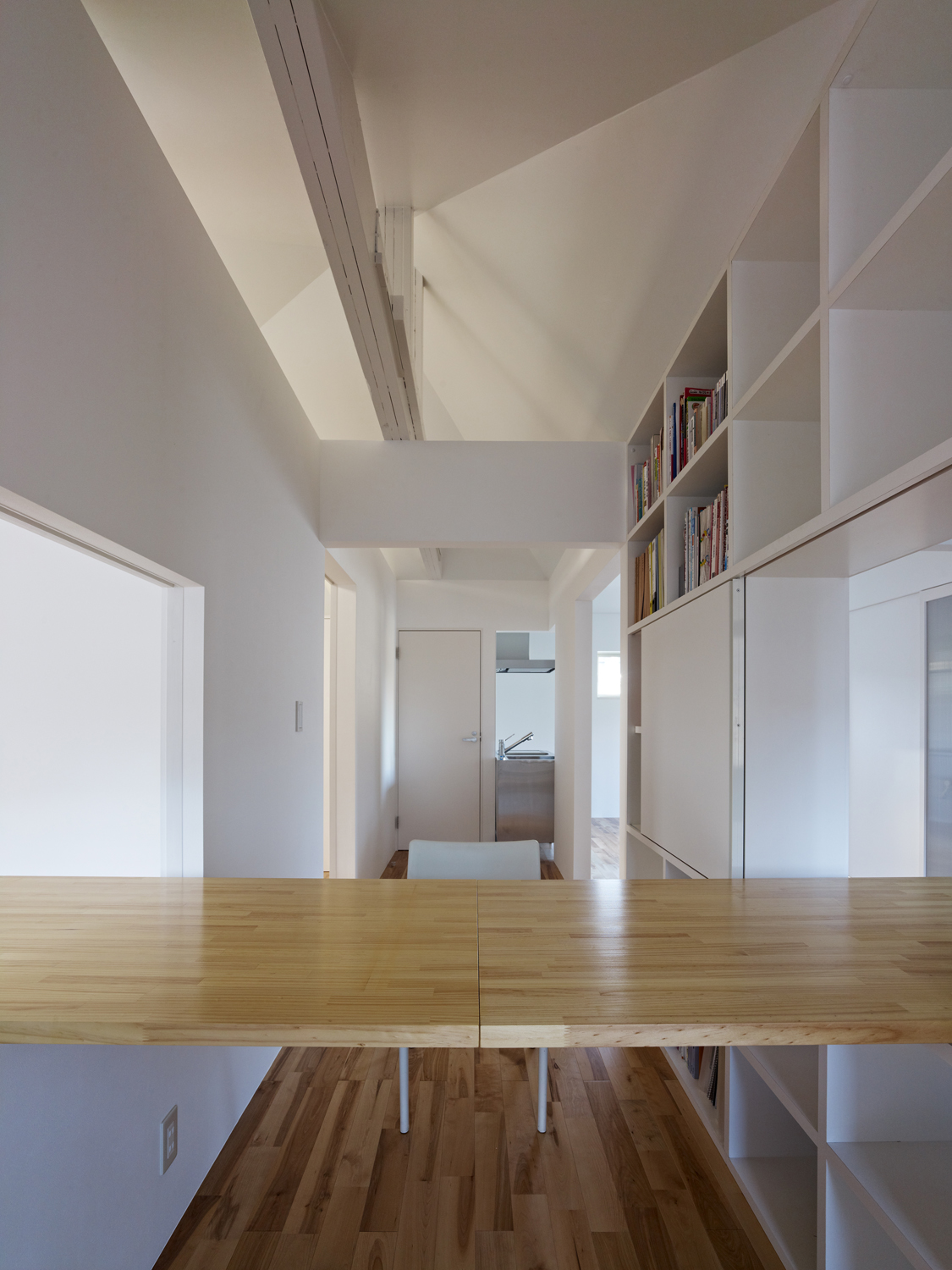 We made not only wall but also the ceiling of the design target, and aimed to make the space that stiffened by the existing walls open. To be concrete, we remove the existing ceiling, and we built new ceilings (form like broach roof) crossing above the five rooms, and made gaps between walls and new ceilings. As a result, the connection between a room and a next room was made above the space. We determined the height and an incline of ceilings, after considering the diffusion of light and a scene to the next room. 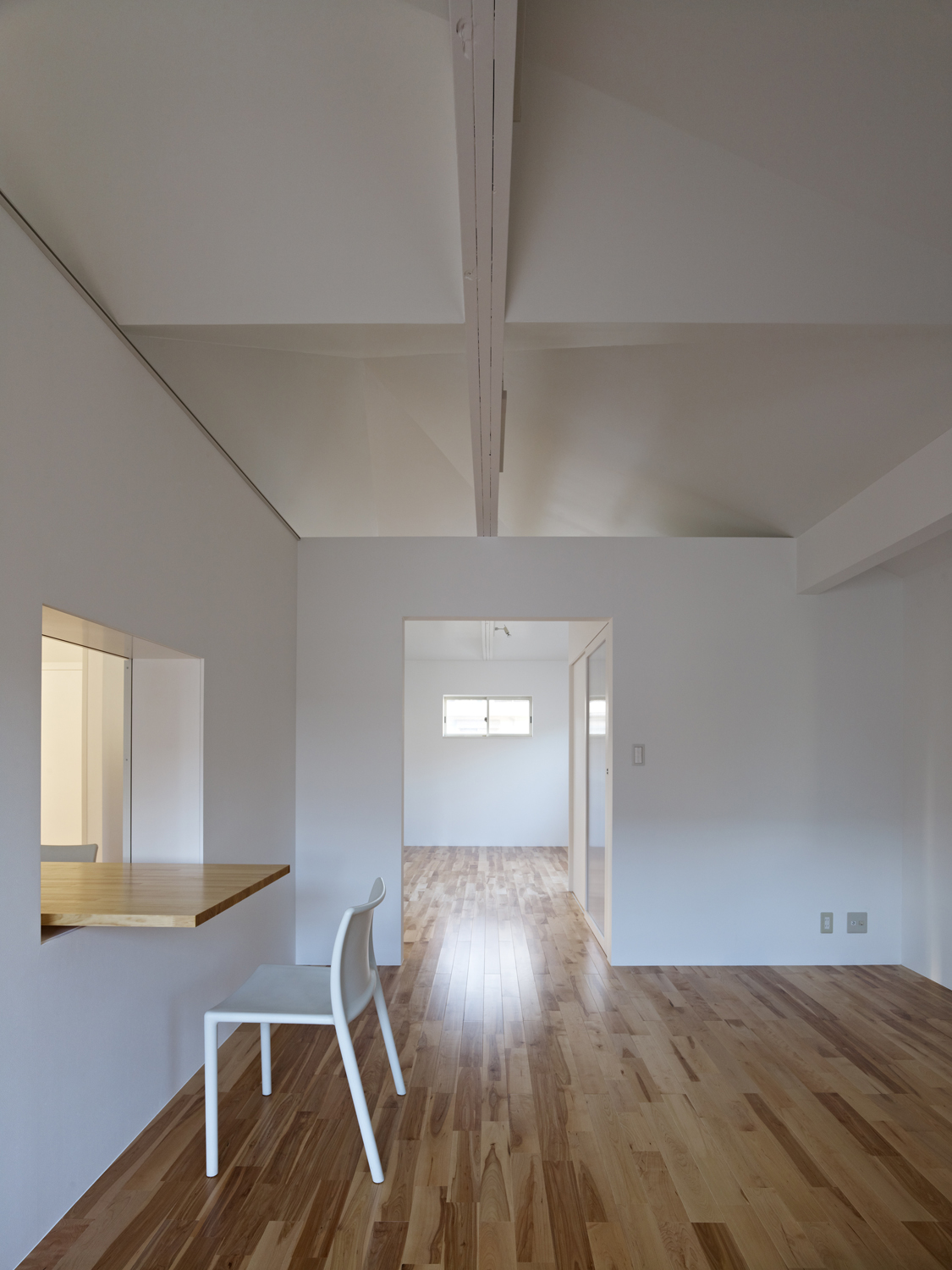 We also made the opening on an inner wall, and installed there the long desk that pierces through three rooms, a living room, a study room and a bedroom. We had a loose sense of togetherness caused by long desk and kitchen counter crossed the border of each room. And, the installation method of the desk is easy to change. Although a long and slender study room is in the center of a house at present, when the type of usage changes, it functions also as a passage. 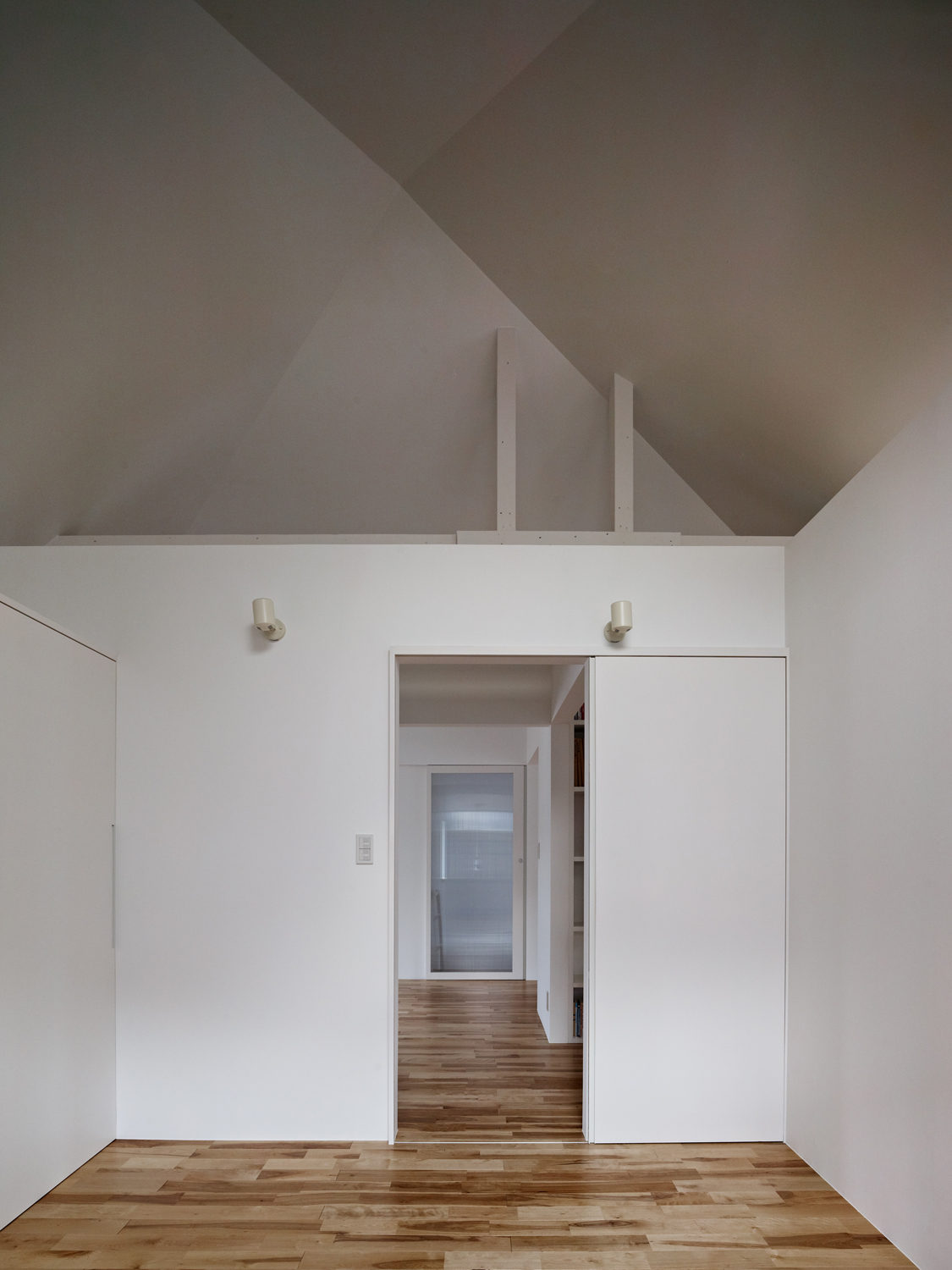 The color of the room that was based on white change through a day because of reflection of shiny painted ceiling. We can see rooms that are colored warm color or chill color at the same time through the gap and the opening. 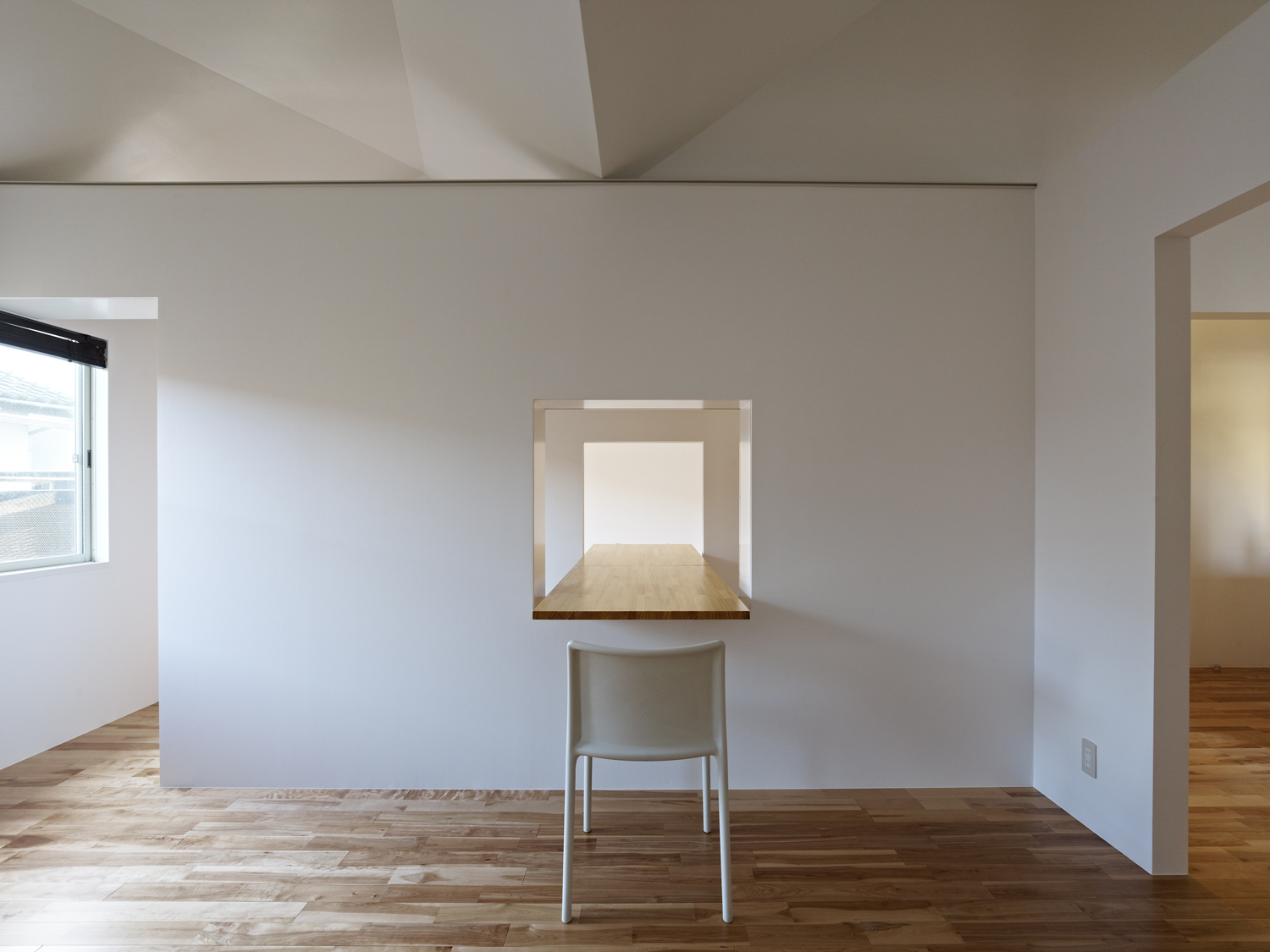 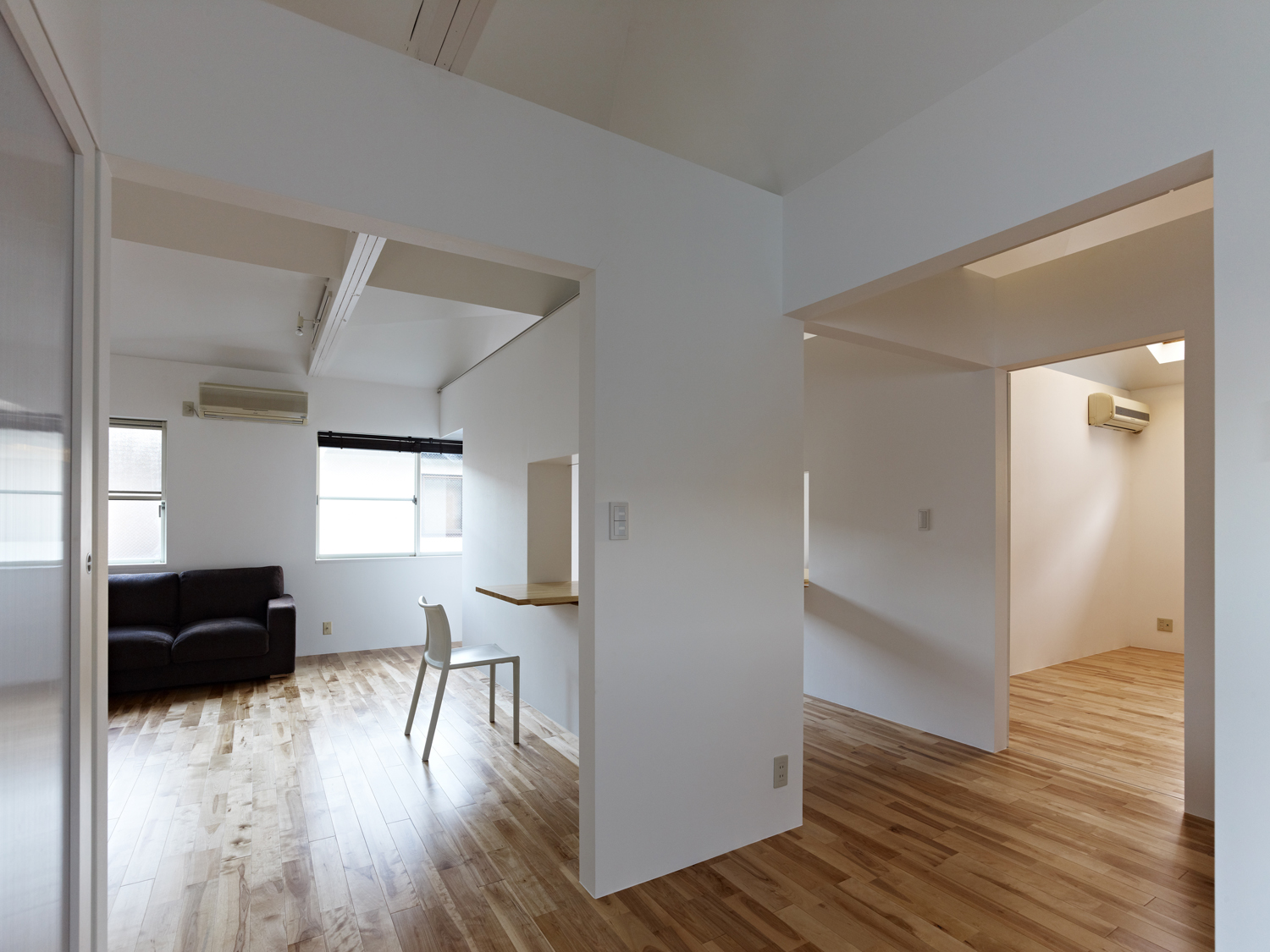 We tried to reconstruct space components, such as a wall and a ceiling. The gap and the connection make boundary of rooms blurred. A sense of a territory that rises to the surroundings of one is expanded and contracted on one’s consciousness. We call it suspensions of space. 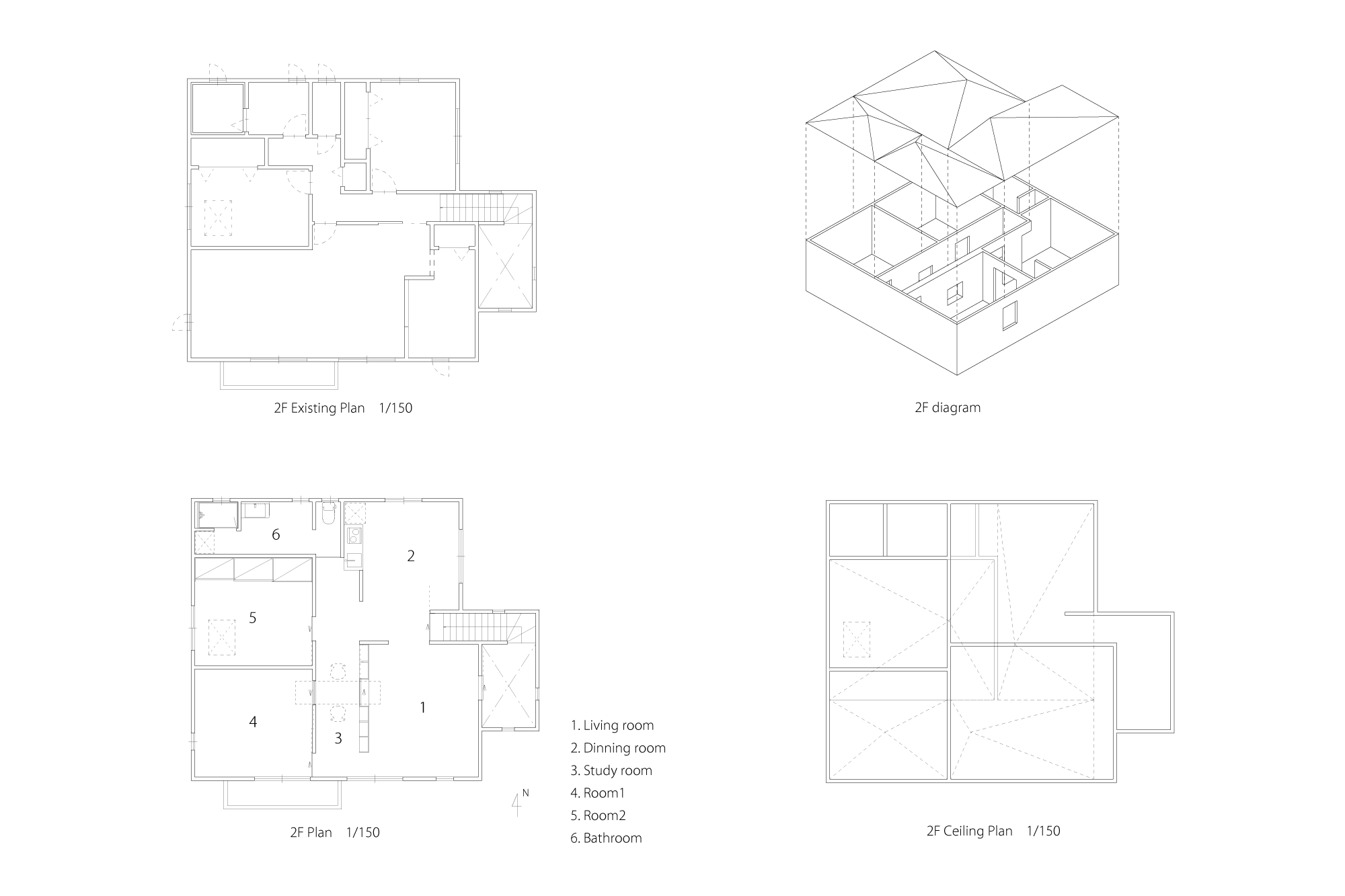