May 14, 2012 · by darko svilar · in Editor's Picks, Japanese architecture, residential

The neighbor is one of the environments, too

I intended to make a building like the small city.

Originally, a human being is a creature living in the crowd. Nevertheless it is said that most family types are single life households in present Japan. The person keeps the balance while going back and forth in a personal domain like the house and the state of the crowd like the society. Can the apartment ―there is society in the immediate neighbor of a personal domain― become city life in microcosm?

In the tenement house where 8 households live in, a lot of holes become vacant like a stone pit. In the floor space that include to the roof terrace, the outside is larger than the room, and the inside and the outside are complicated in a dwelling unit. The innumerable outside is personal exclusive possession space and do not have a clear function. The outside is filled with the private lives like furniture and a light or plants, It is in a condition that various presence clung to a lump of quiet concrete.

I provided the courtyard where the window of each dwelling unit faced as a place like the sanctuary. Putting the space that is nobody’s thing in the center of the building, presence of distance is born of dwelling units. The waterfall of the rainy day, the whisper of the leaves to shake for wind, an upheaval of the gravel, a natural change, these shall be dynamic by internal and external relations, and there is not only humans but the weather and a season in the same scenery. The neighbor is nature and an environmental part such as the town not one of a kind.

There are various people, designed gardener, a dyeing man, a building designer. In a living to go back and forth in a lump and the cavity, I hope they enjoy each others presence like a natural phenomenon. And, from the gap of the RC wall, I want presence to melt around.

A lot of lumps of concrete are dug out. Because there is a hole with the right and left same position of the courtyard, and eyes penetrate it, a state of the inside can be seen from the neighborhood. A void possesses electricity and running water in the exclusive possession space of each dwelling unit. It is possible to park a car here, and the car expands the function of the house in the days of a future Smart-Grid. I chose wall-type RC because of a sound and interception of the vibration and hit a pitch difference to a floor slab and avoided the mixture of eyes between the dwelling units. I chose the white strong beat in the inside and outside to become a natural phenomenon and the background of the signs of life. 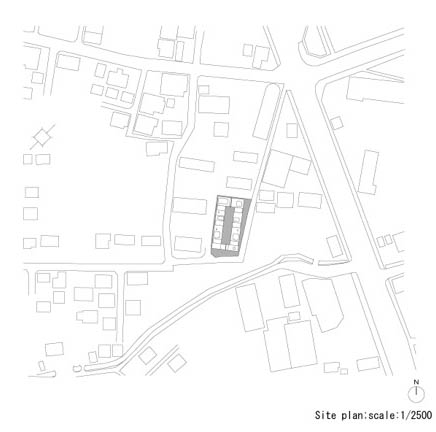 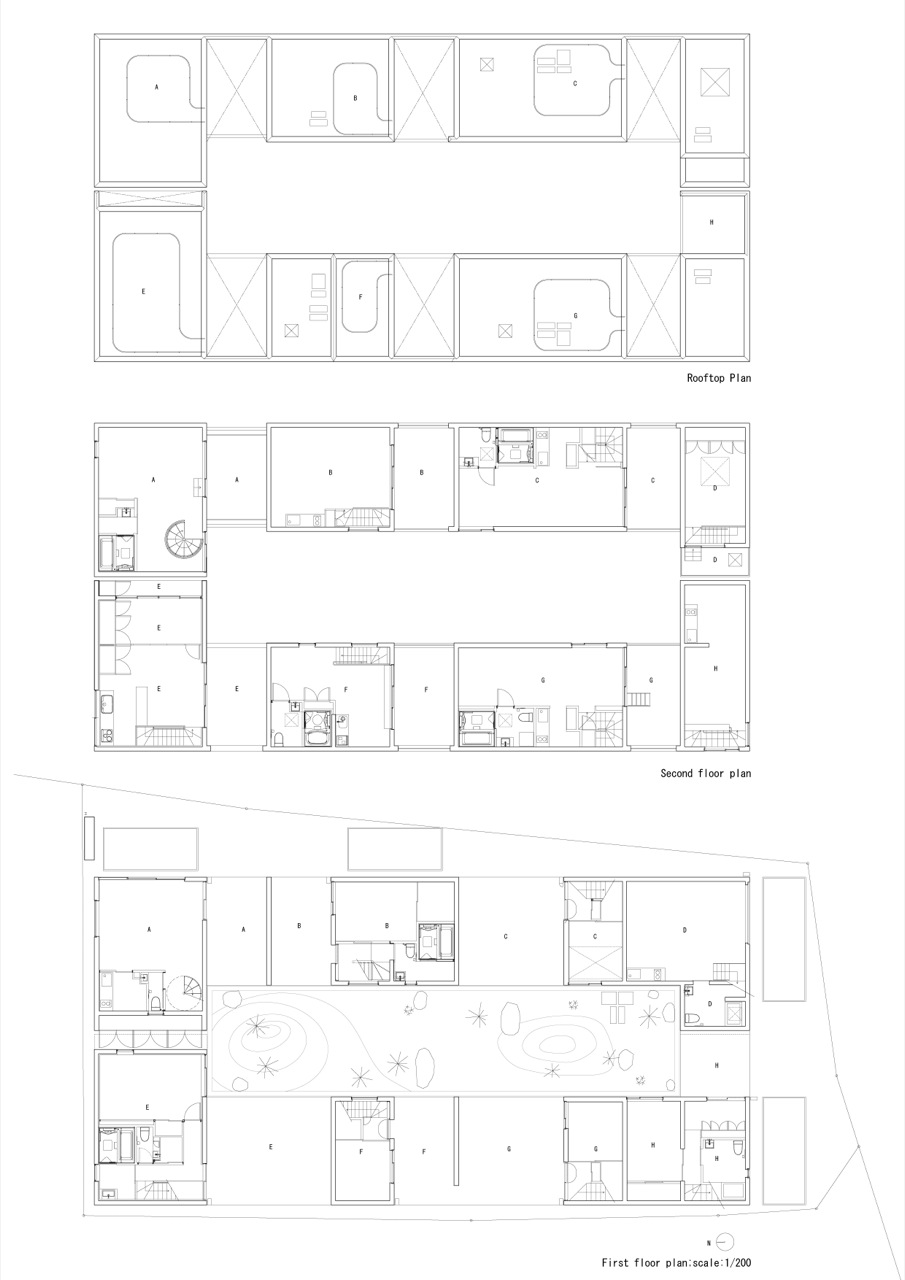 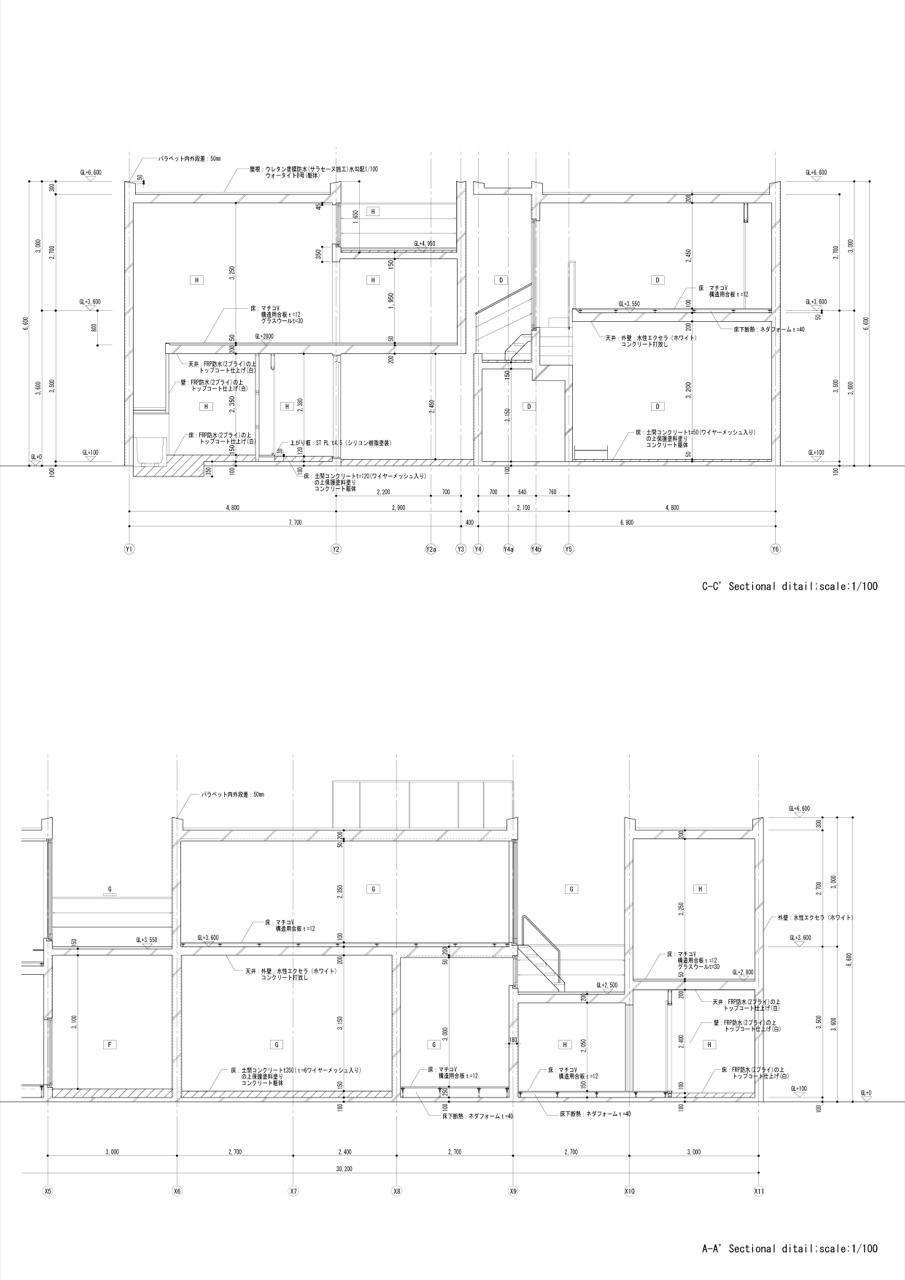 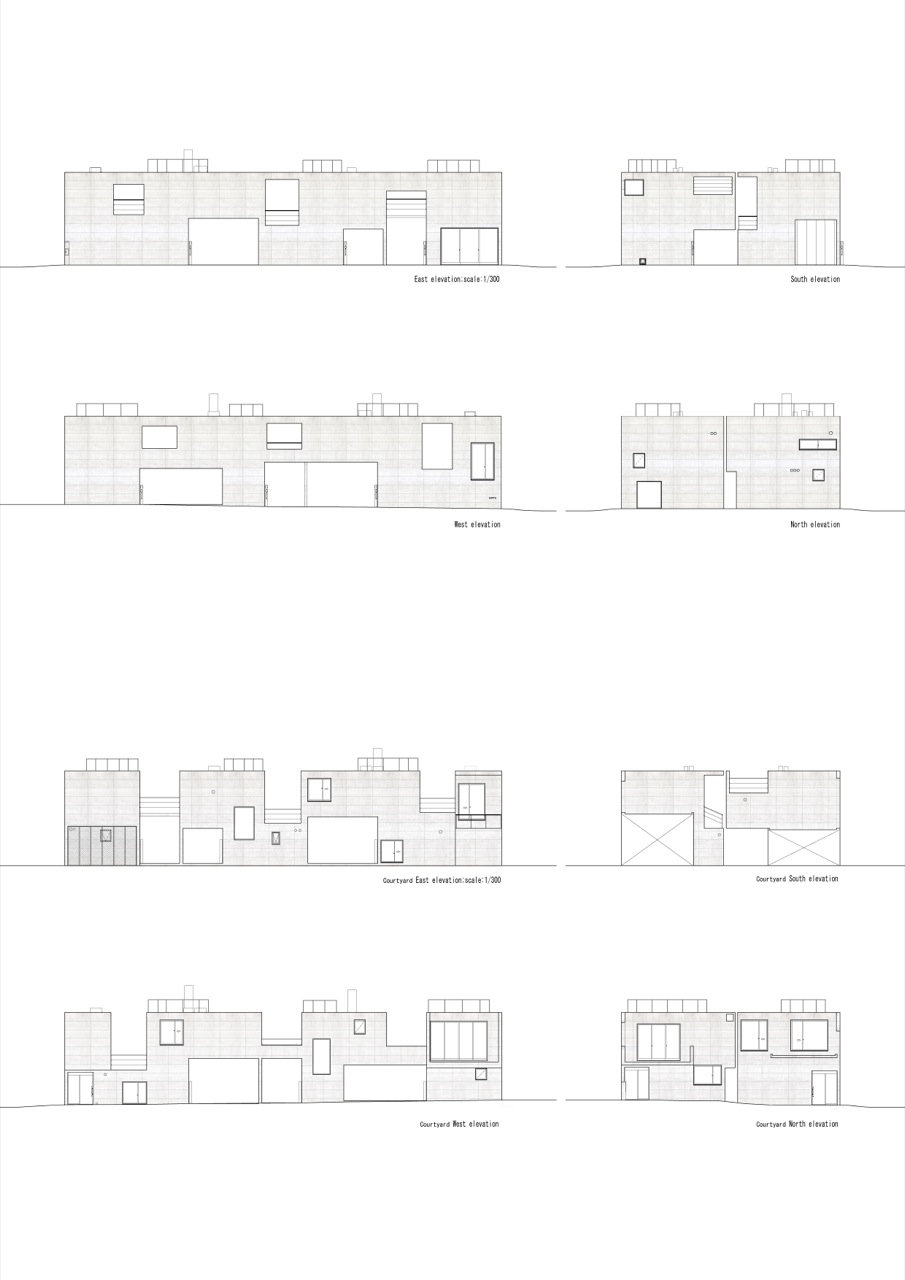