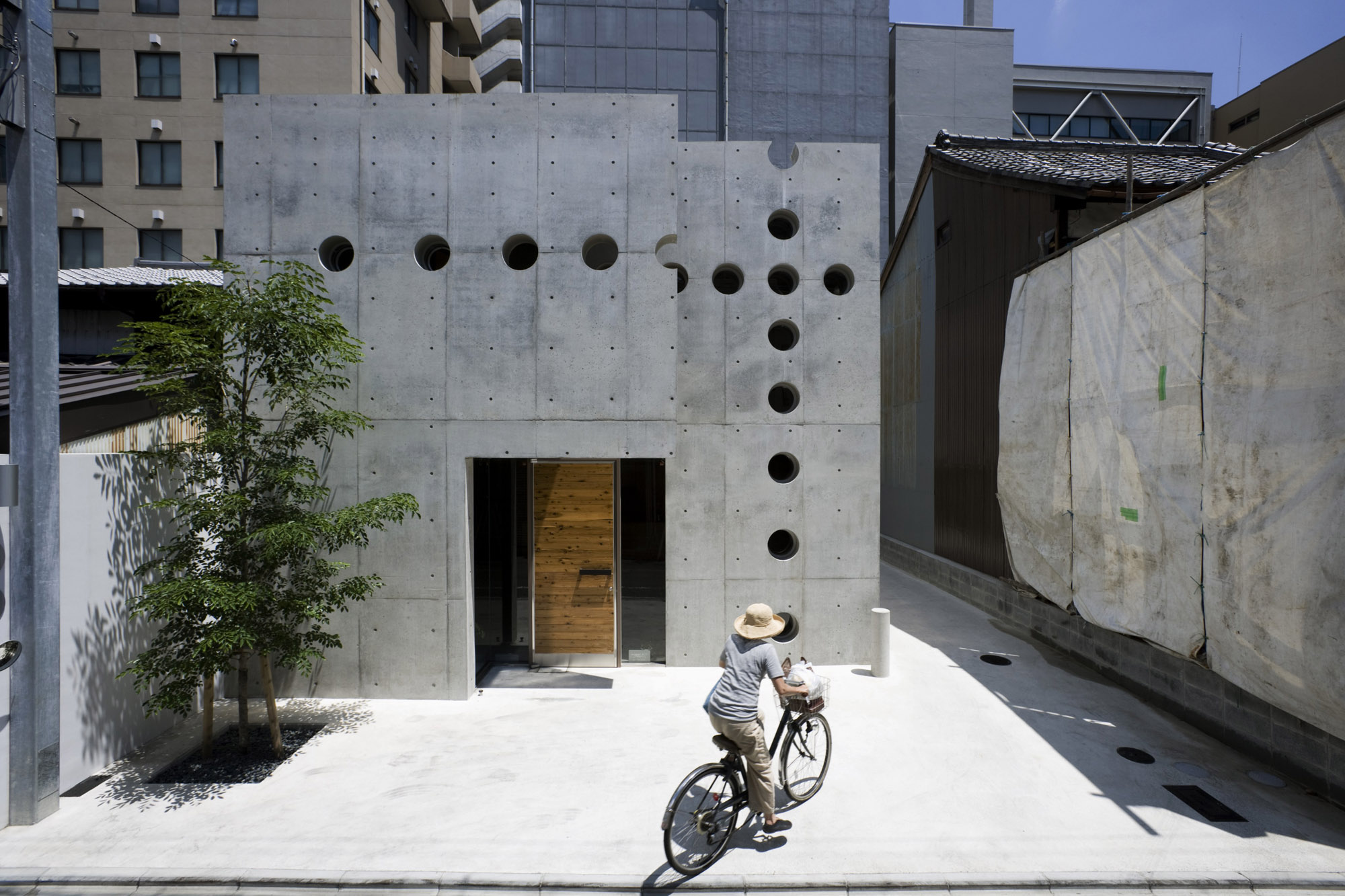 The holes are lined up on a cross shape. The hole is made on the architecture like the perforated line. This architecture is “House with Crest”. 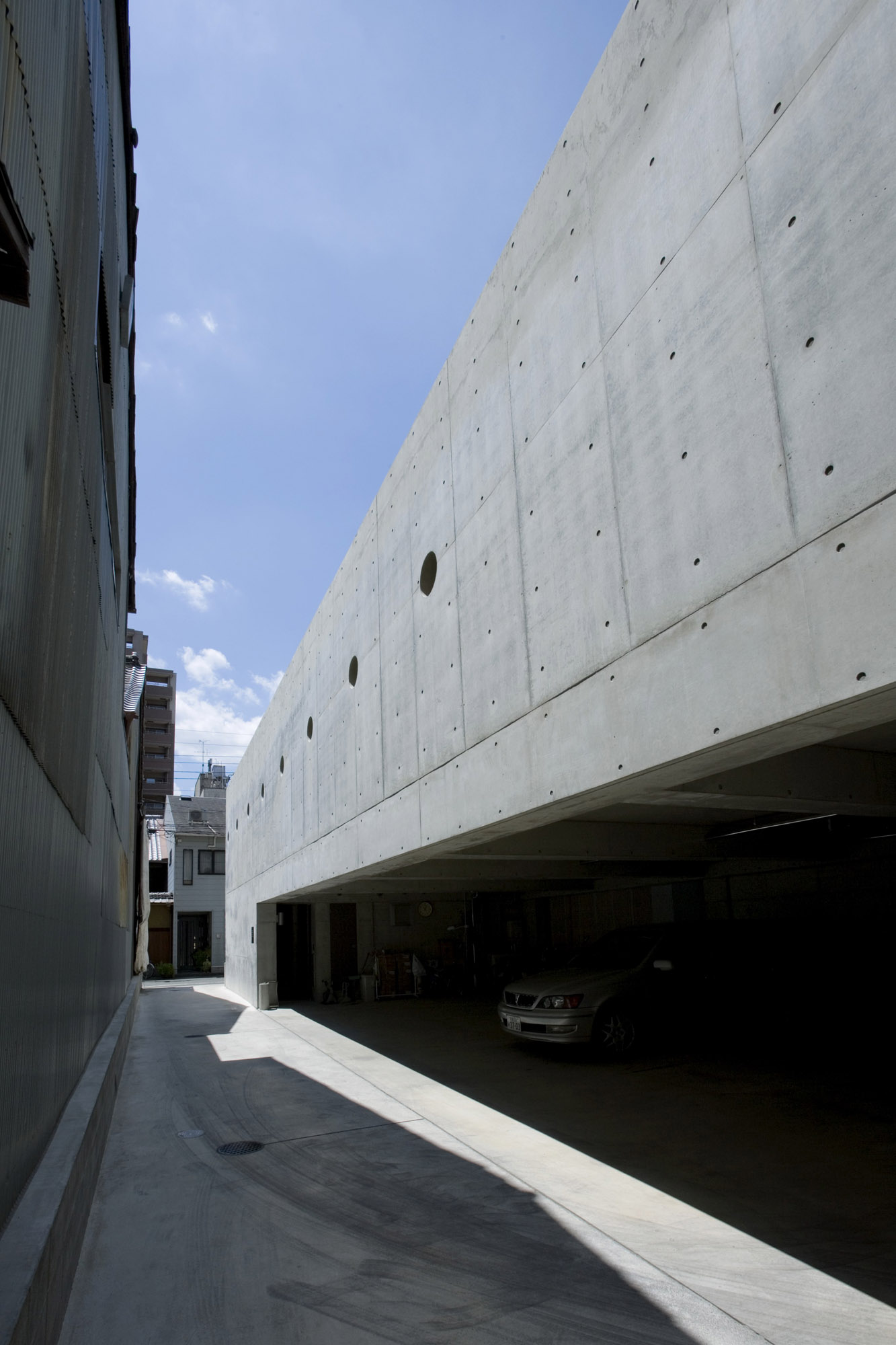 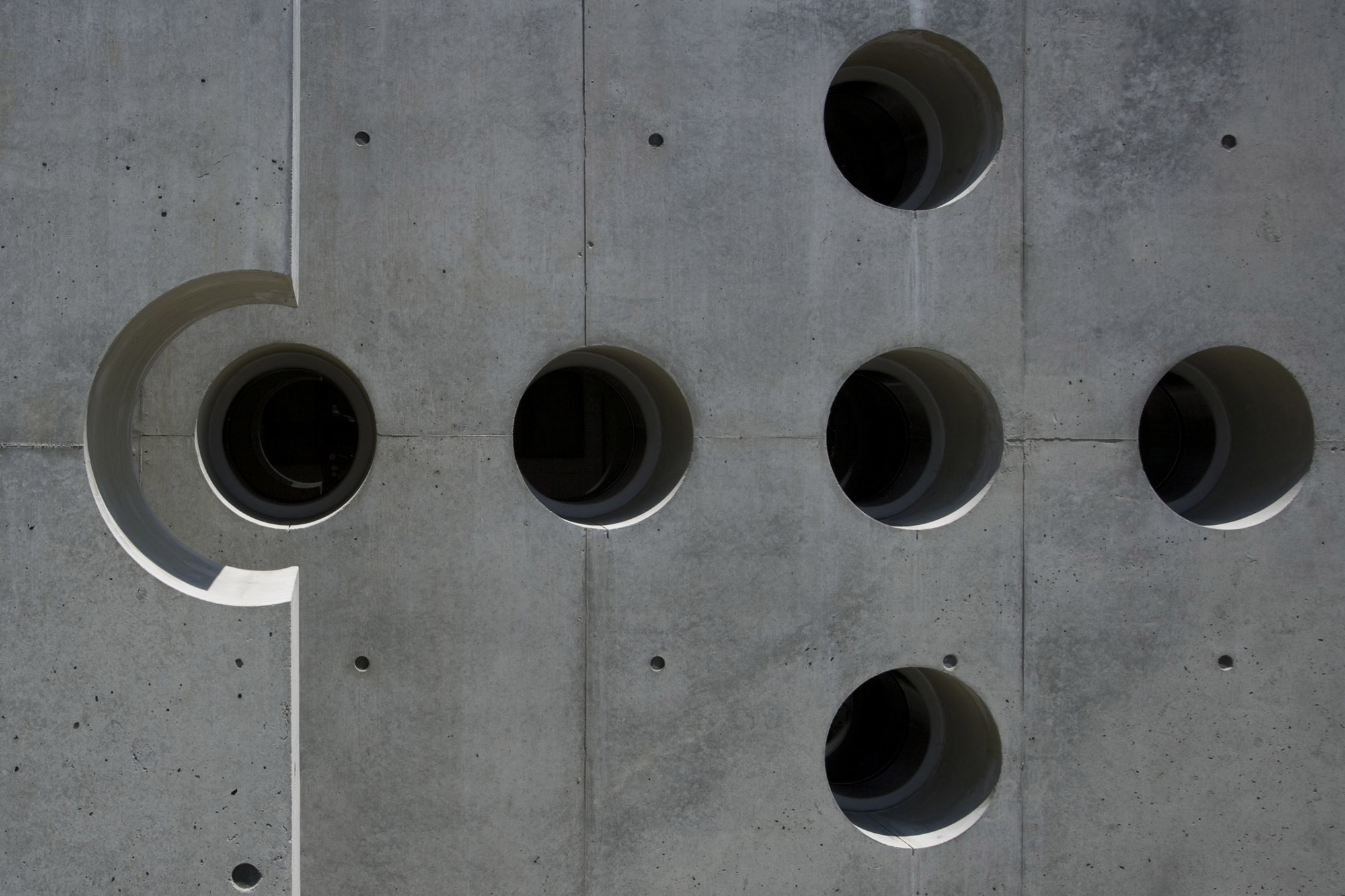 The site is located in Gojo, Kyoto. It is in a block of the typical division of a traditional residential area in Kyoto. The site faces the busy street of 4m in width on the west side.  The backside of the high-rise buildings of 45m line up on the east side of the site. The neighbor houses are closely built in the south and the north of the site.

We “lift the one-storied house to the sky” to create calm interior space. It is lifted to 3m in the sky. The space under that is lent as a parking lot. 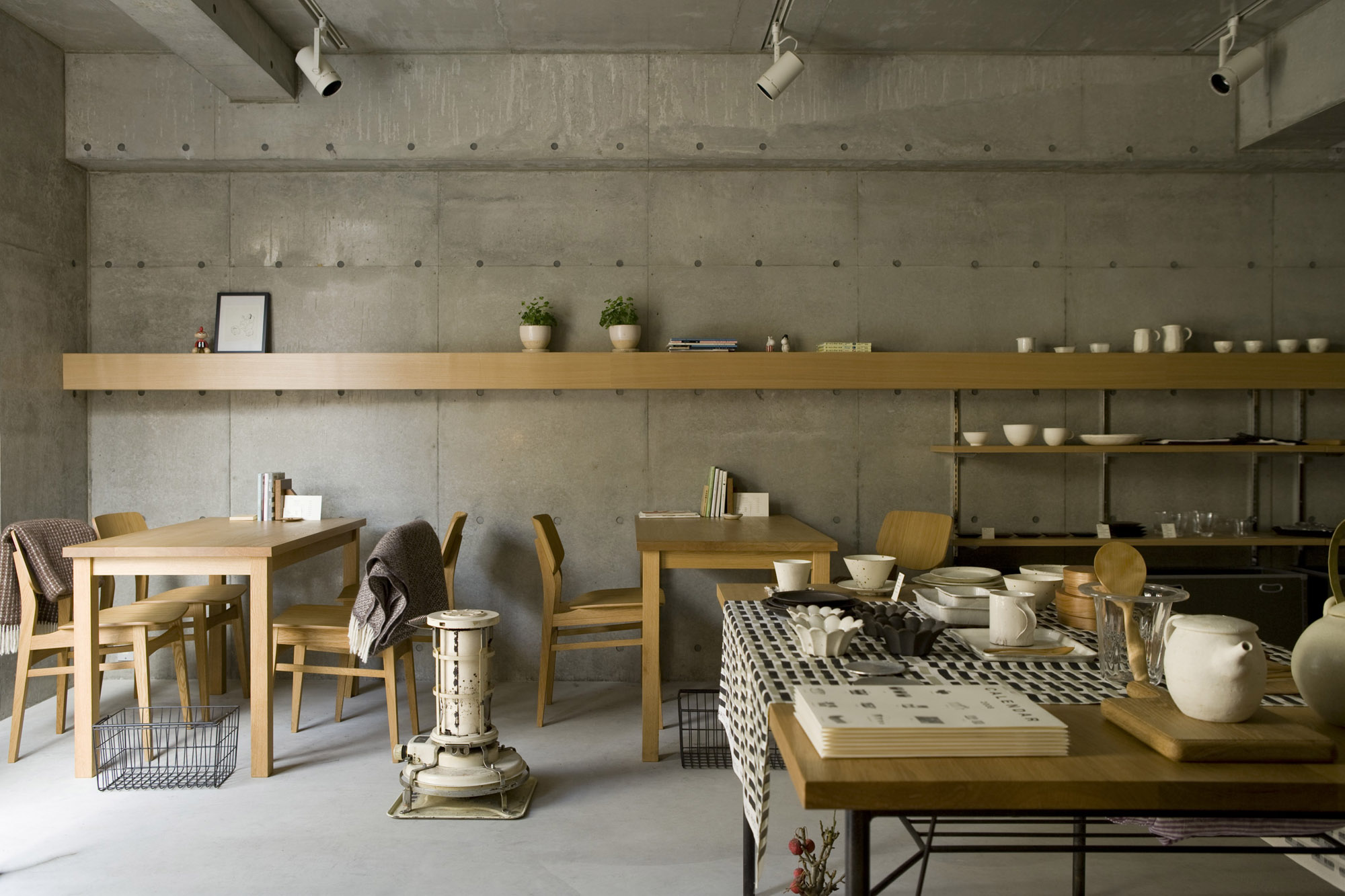 workshop on the ground floor

The street front space is the workshop for the crest making. The middle space is the living room. And the backspace is the bedroom. The gaps between those three spaces are designed as “void”. 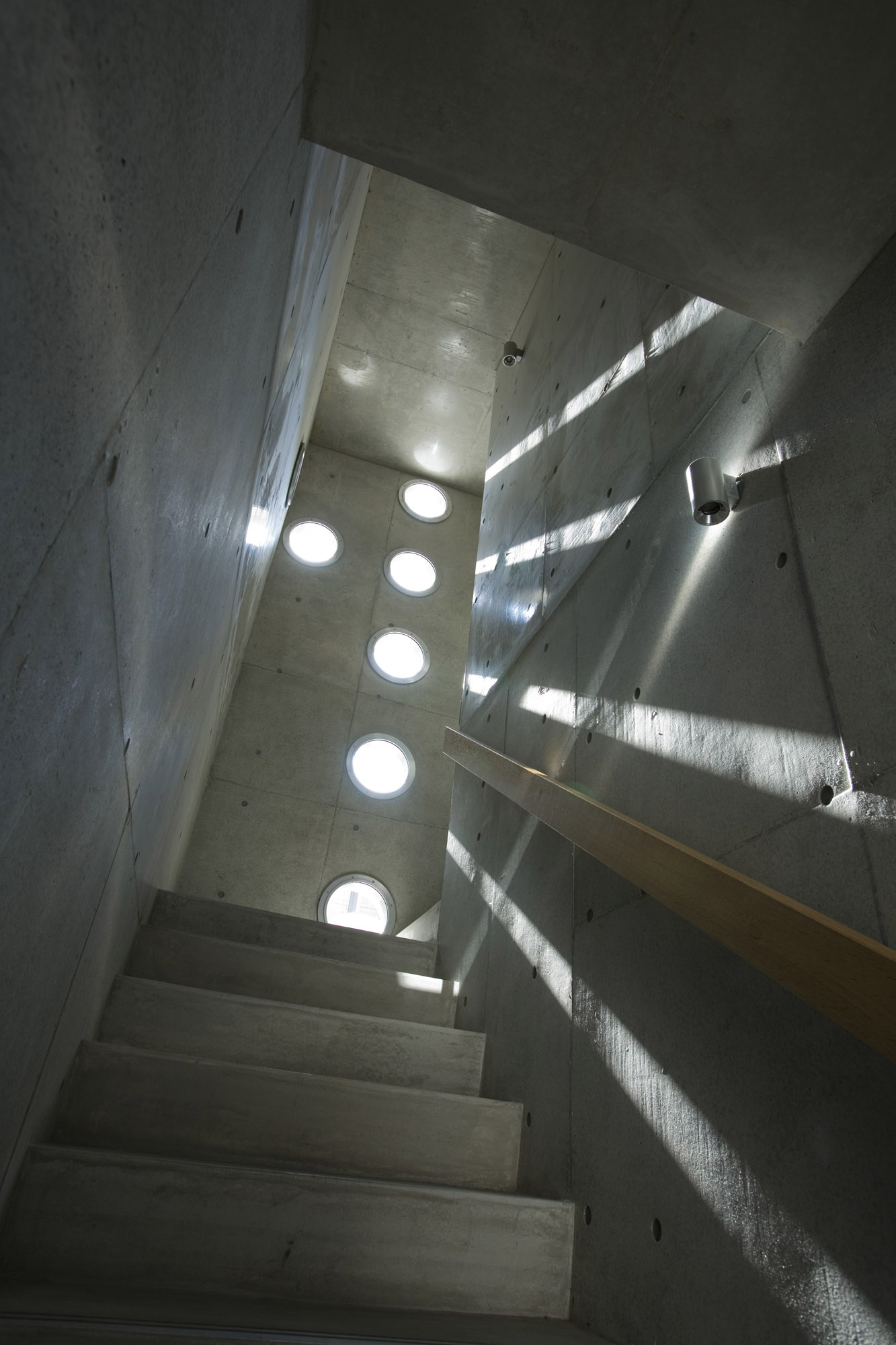 People circulate around those two voids. Many circular holes are made for the place where people wander. The light passes through 26 holes which are lined up on a cross shape. We can see various scene of light and its sequence. People move beautifully with the movement of dramatic light. 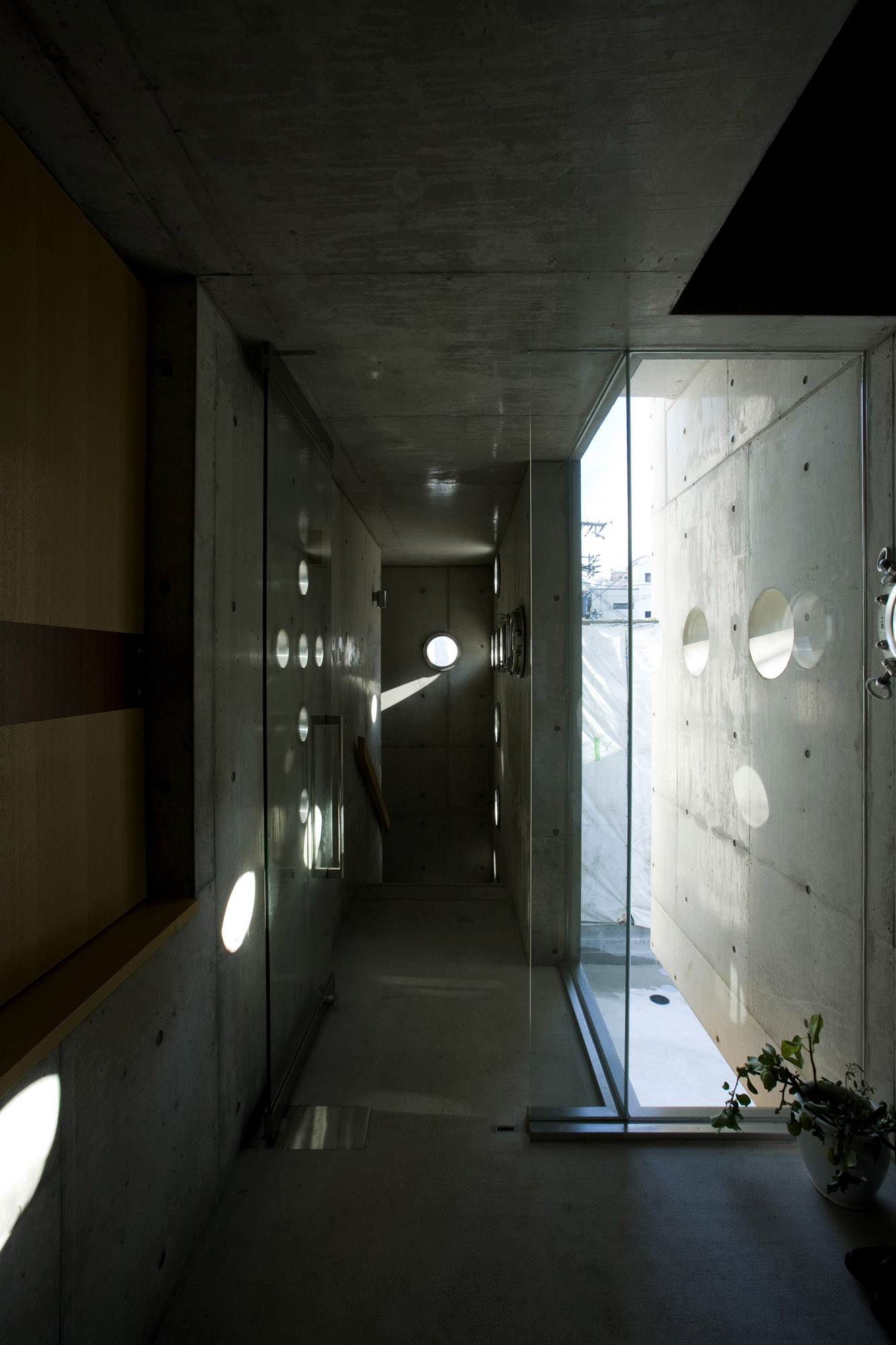 The client is a traditional craftsman who puts the crest on Japanese traditional clothes. The merchant in the wholesale store brings here a lot of Japanese clothes to ask for the crest work. He goes up the staircase that has the wall with perforated cross line. The client puts the crest on the clothes and gives those back to him. He dashingly goes out to the town in the Kyoto to go back with those. The client’s daughter circulates with the light to prepare the crest work. The movement of the circular light brings a happiness of this house in. 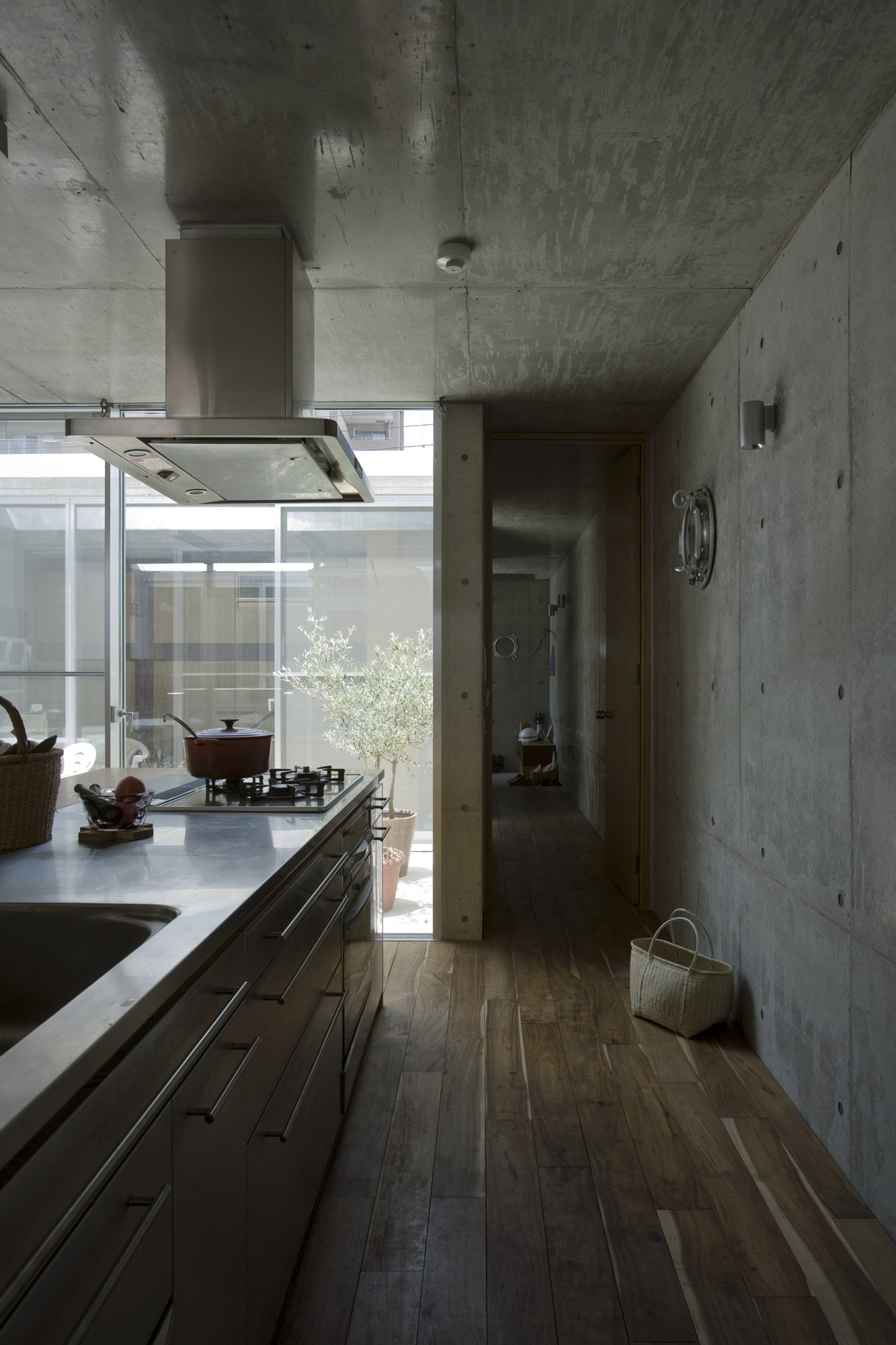 The workshop area and the living area are separated and also connected. The client and his daughter have such living style. The crest making is a delicate work and also a business work. It is quiet, and also busy. 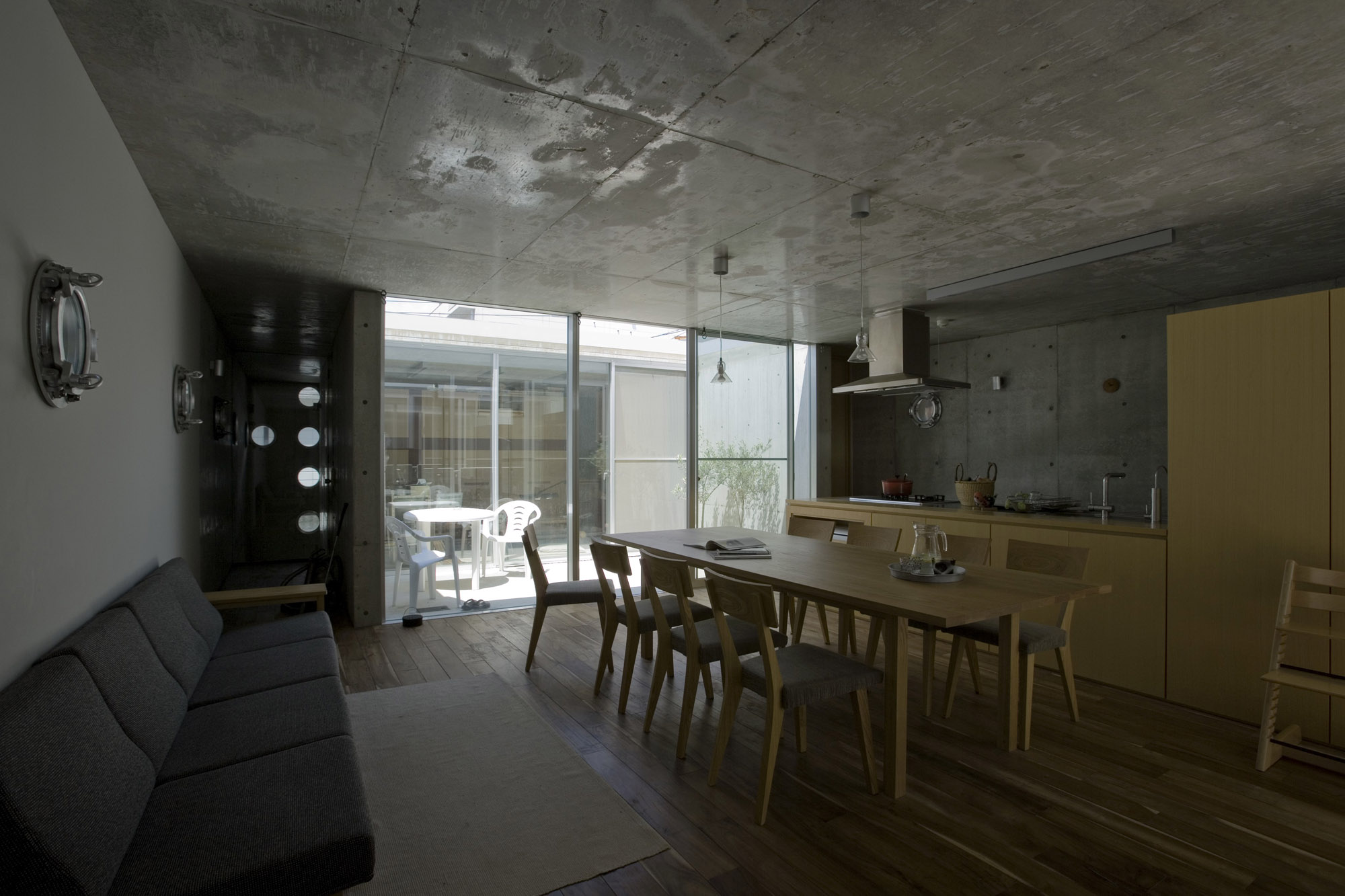 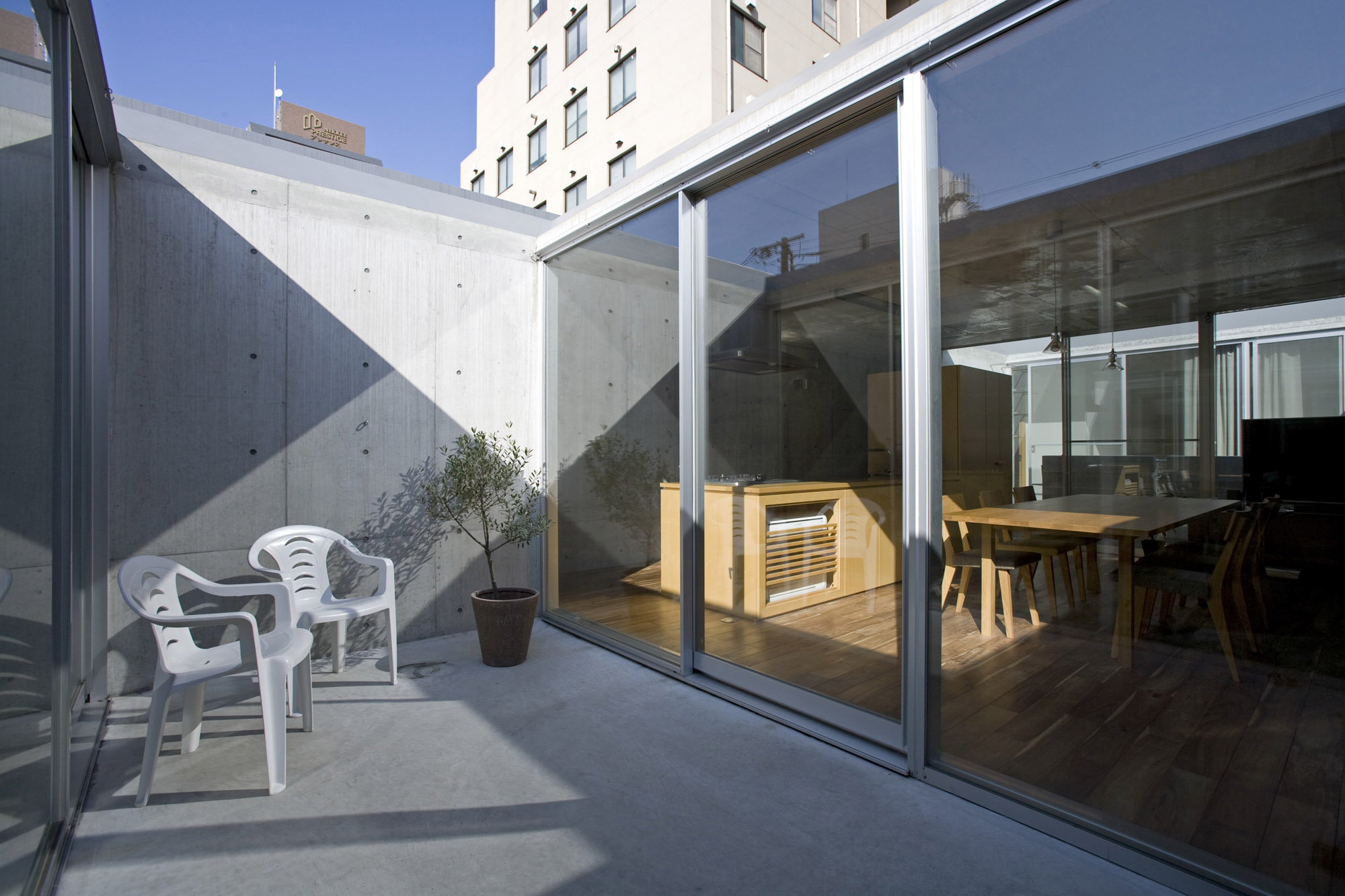 The drifting cloud is seen, and they finish working, and relax in the living room at the middle space. The reflected light becomes an infinite line of light and extends into the darkness of twilight on both side window of the living room. And the dark becomes deeper. In this one-storied house lifted to the sky a night goes on like that. 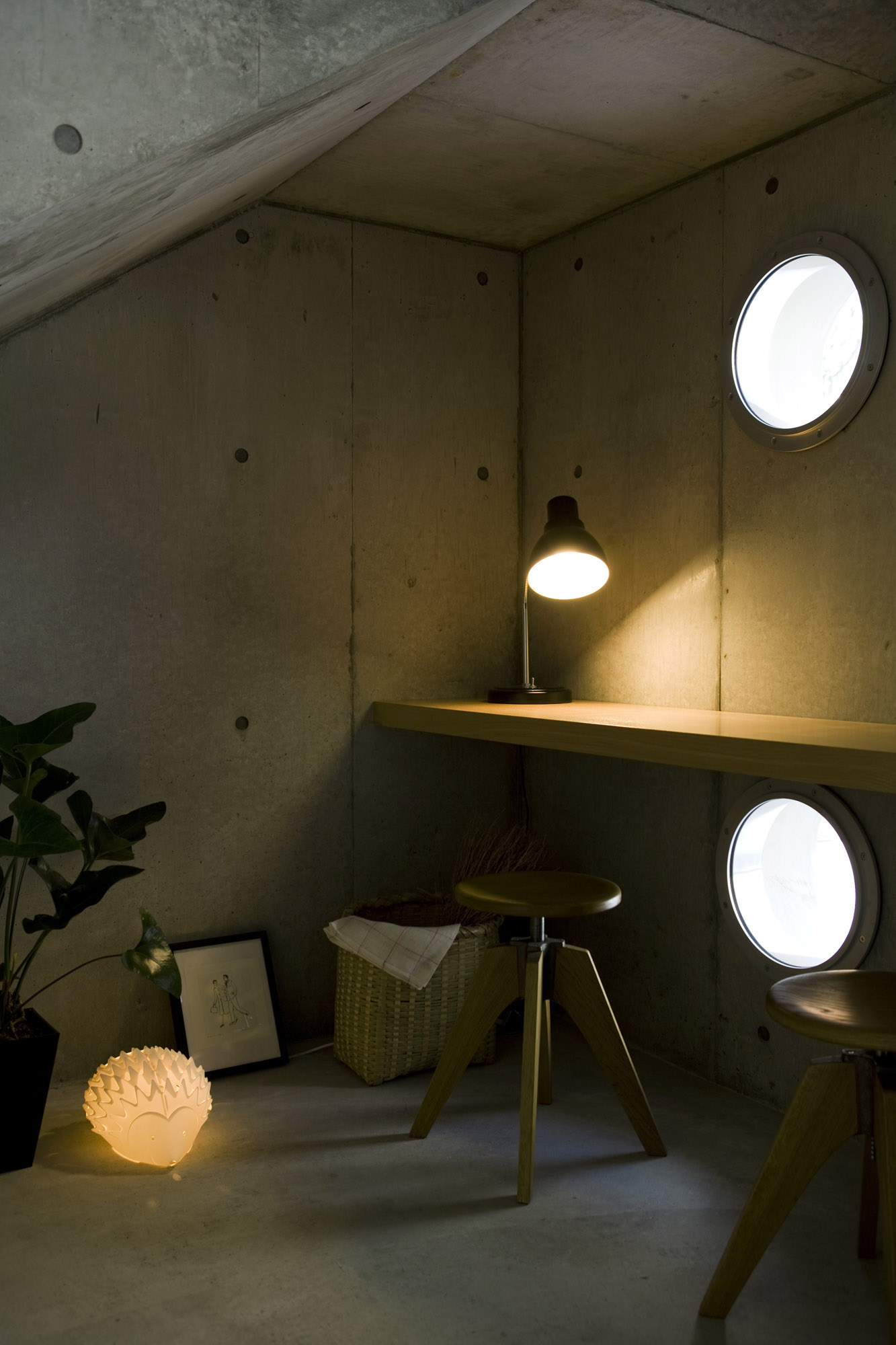 Two street side walls overlap on “Mise (show/shop)” space from right and left as like the breast of the Kimono. The “breast” interior becomes the shop space. The circular holes made for a cross shape becomes a pattern that decorates the wall as a crest. The kind of the crest reaches 7000. Any complicated crest pattern is formed from circle. 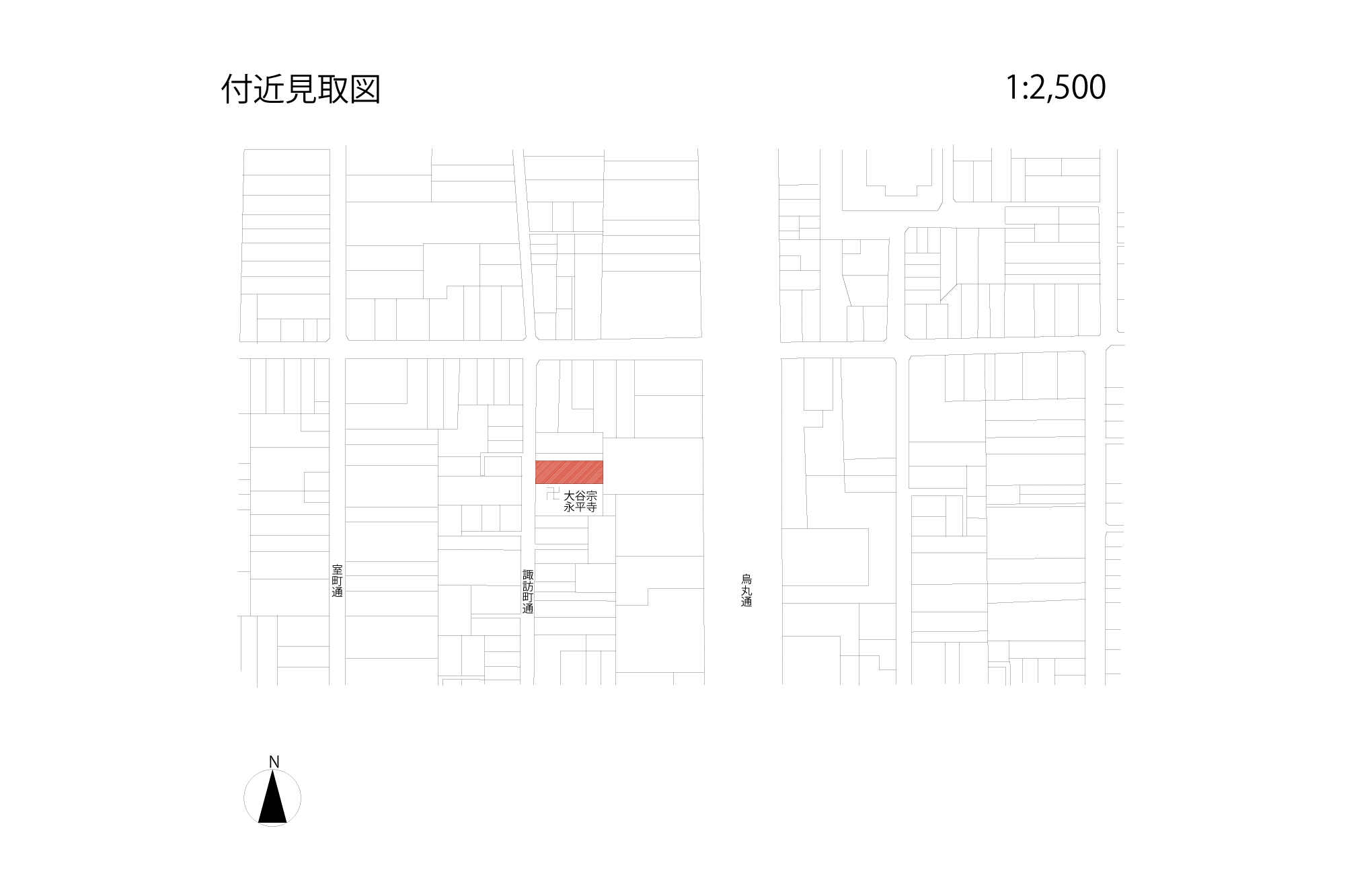 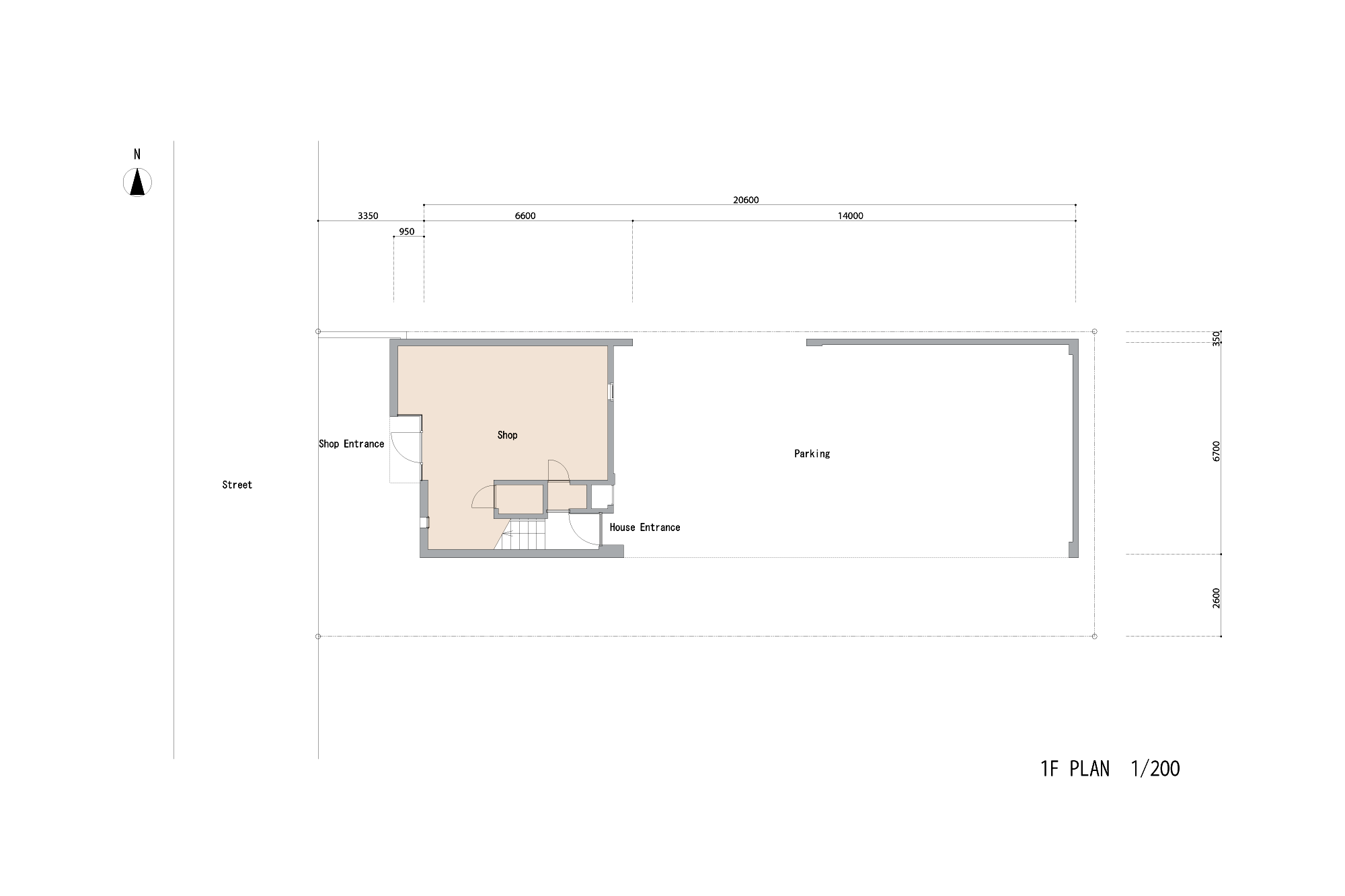 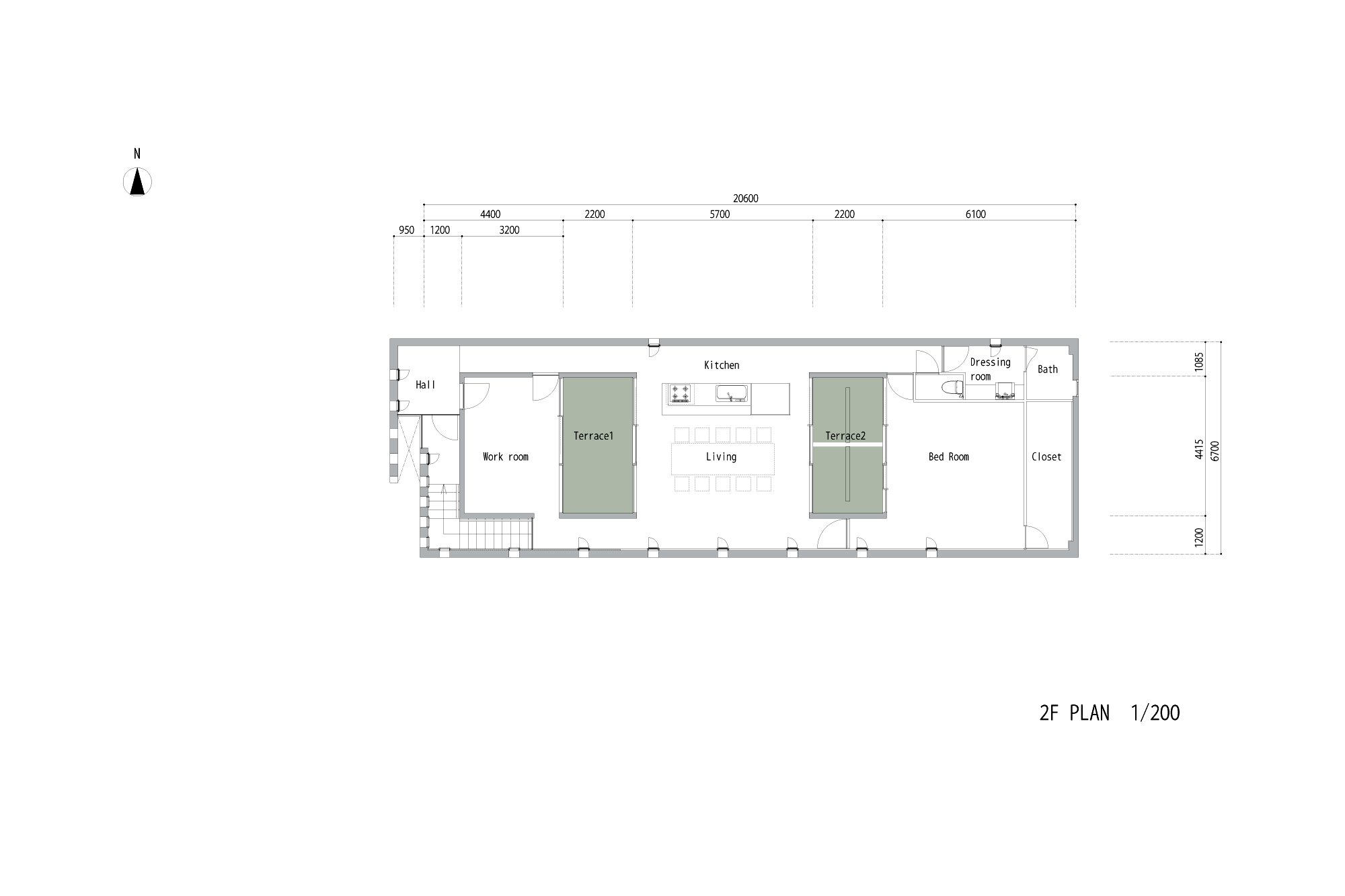 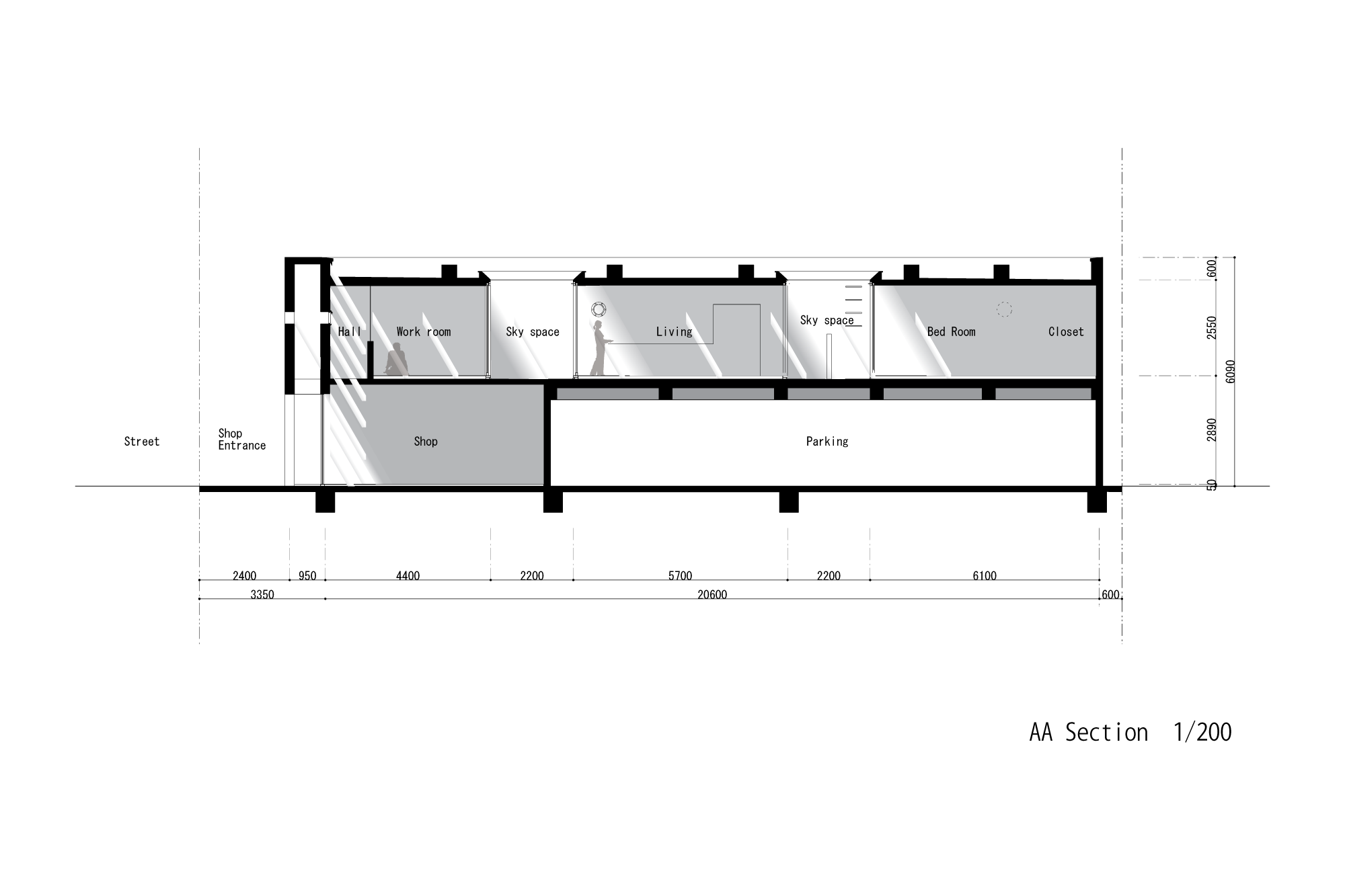 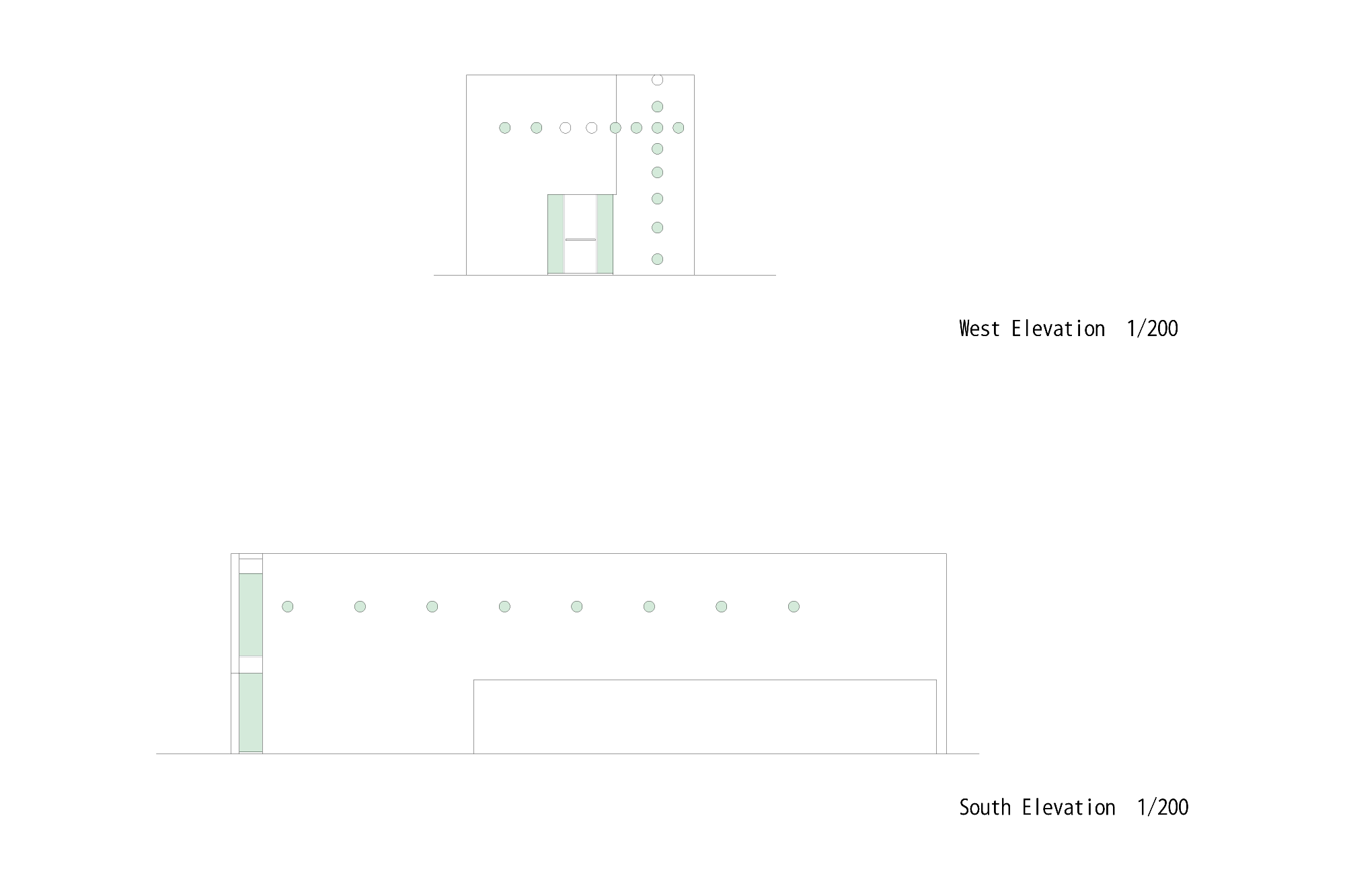 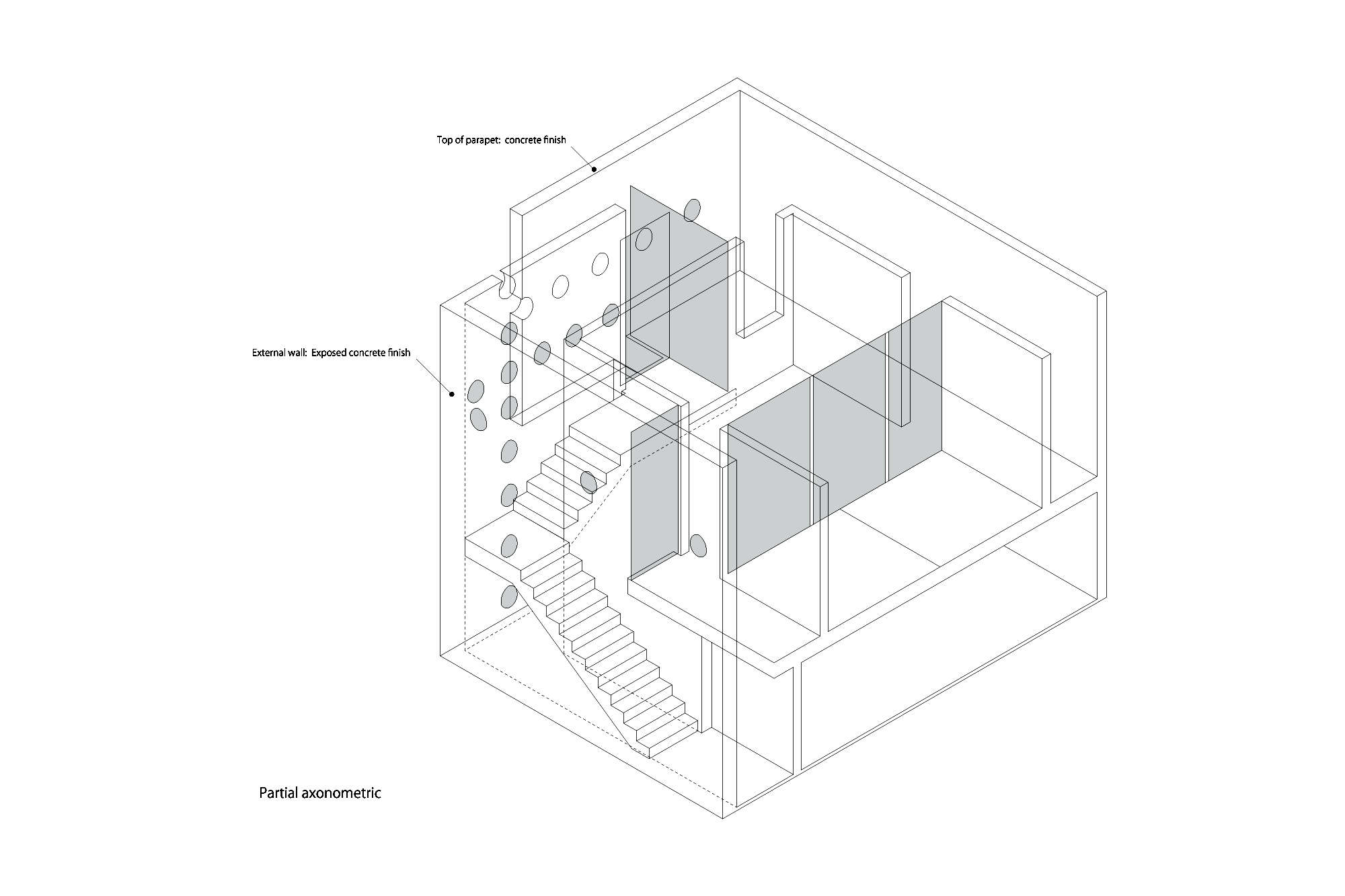