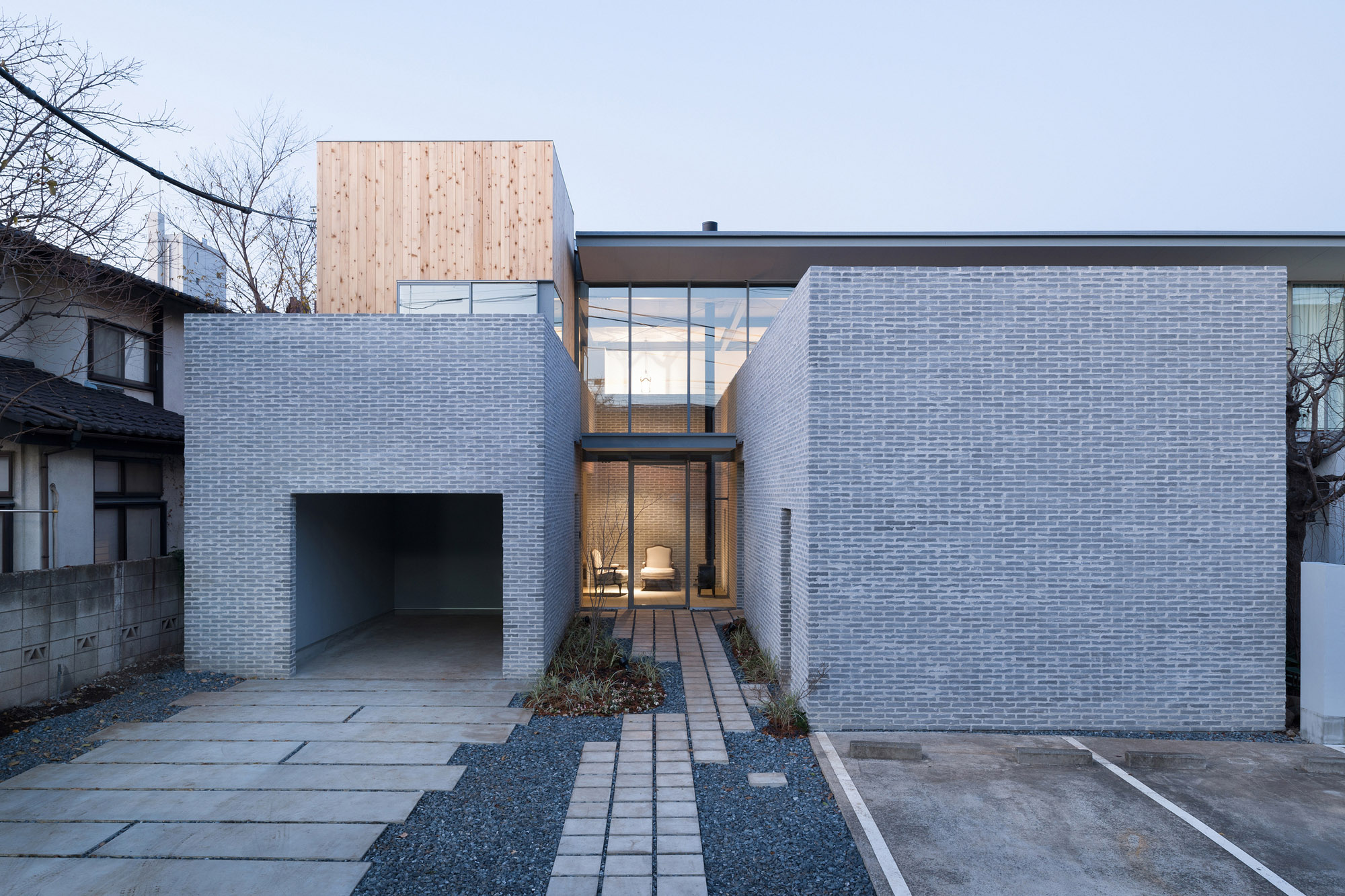 main facade walls are made from grey bricks 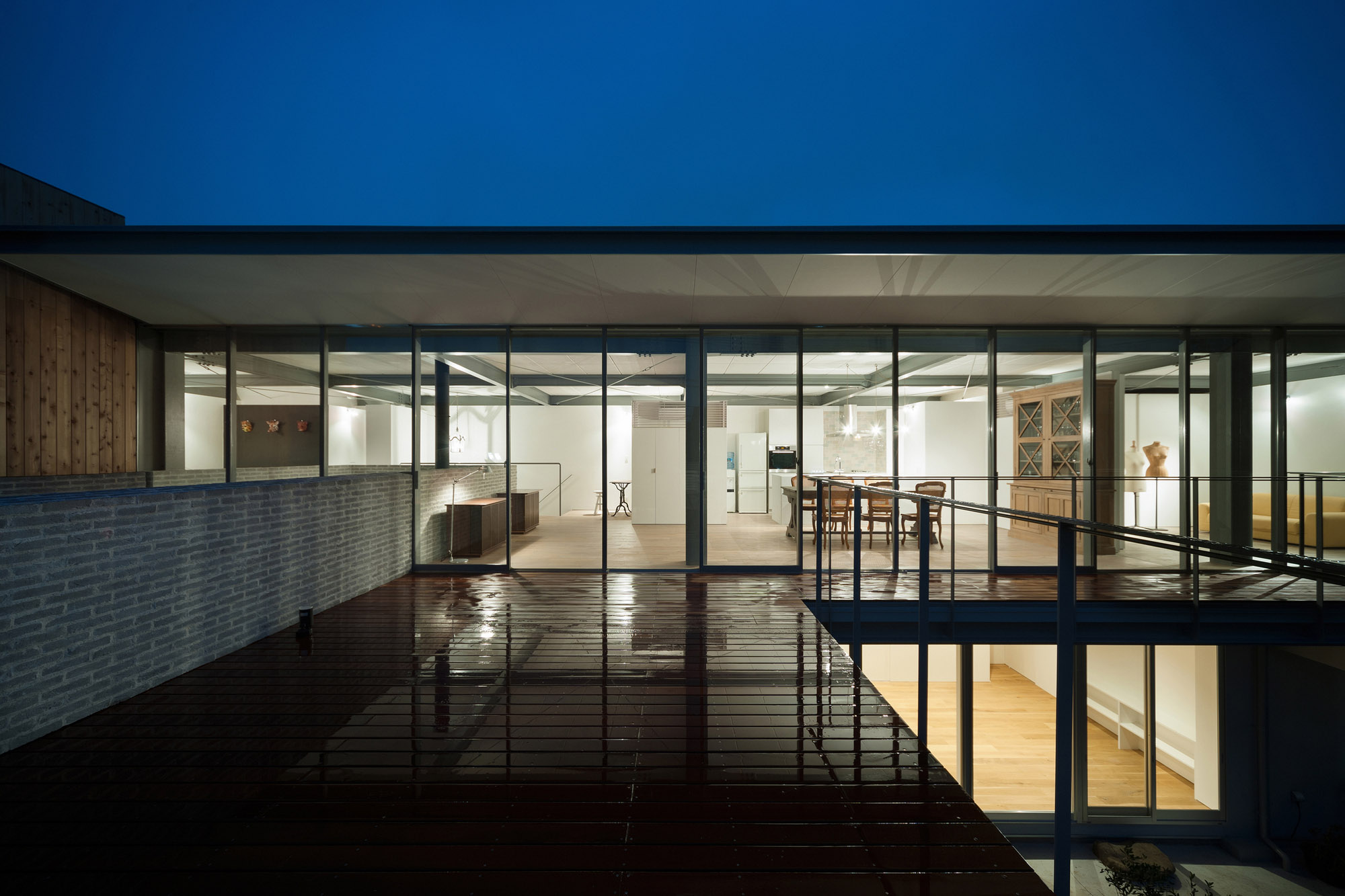 ‘House in Sakurashinmachi’ is the housing project created for two generations. We have renovated the house which is built 40 years ago and existing structure was reinforced against earthquake and built extension parts which has expansion joint. 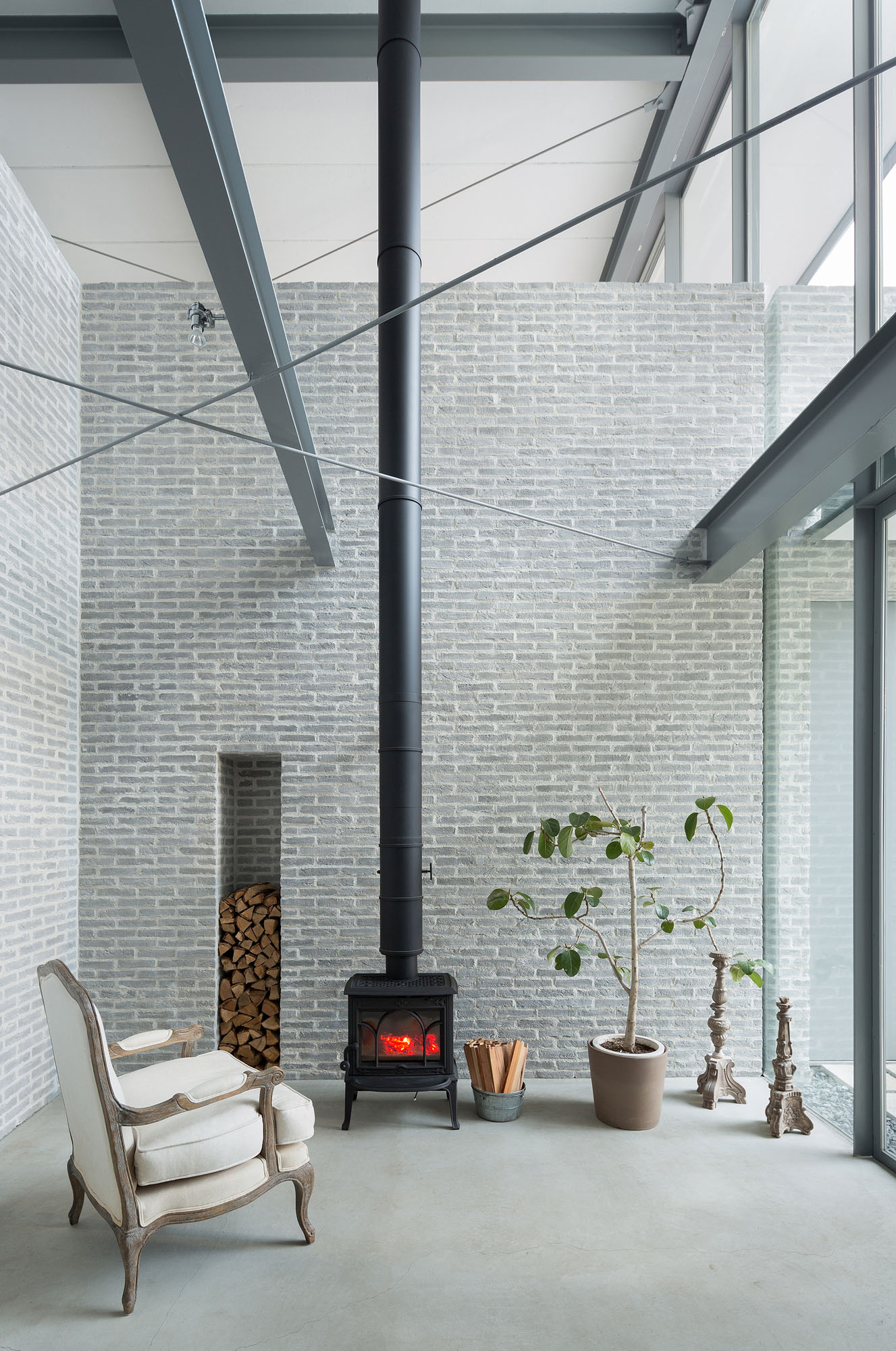 double-height living space at the lower level of the plan 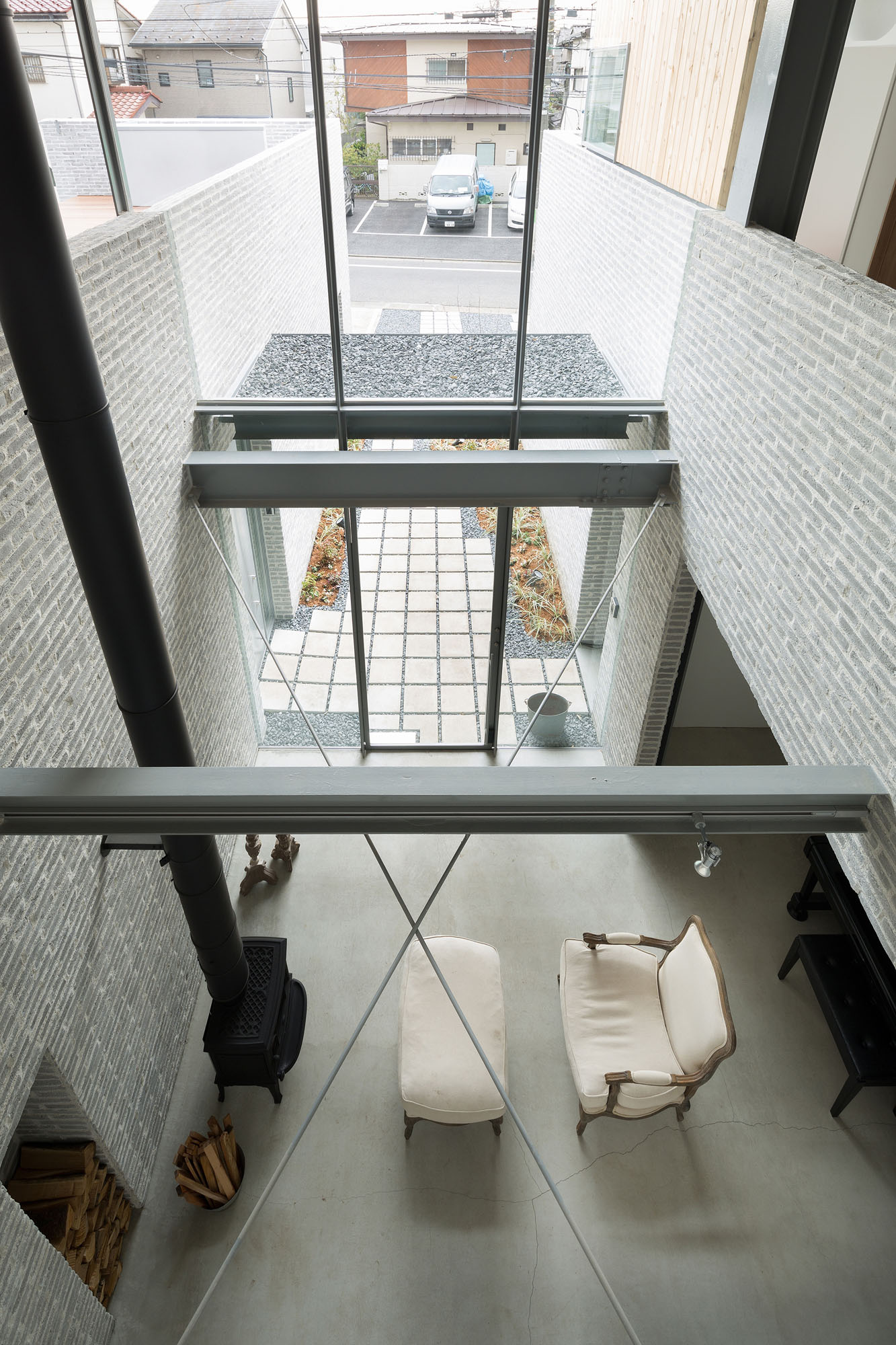 We tried to recreated not only the relationship among the two generations but also the relationship between “the house” including the site and “the surrounding area” which include passers and streets. 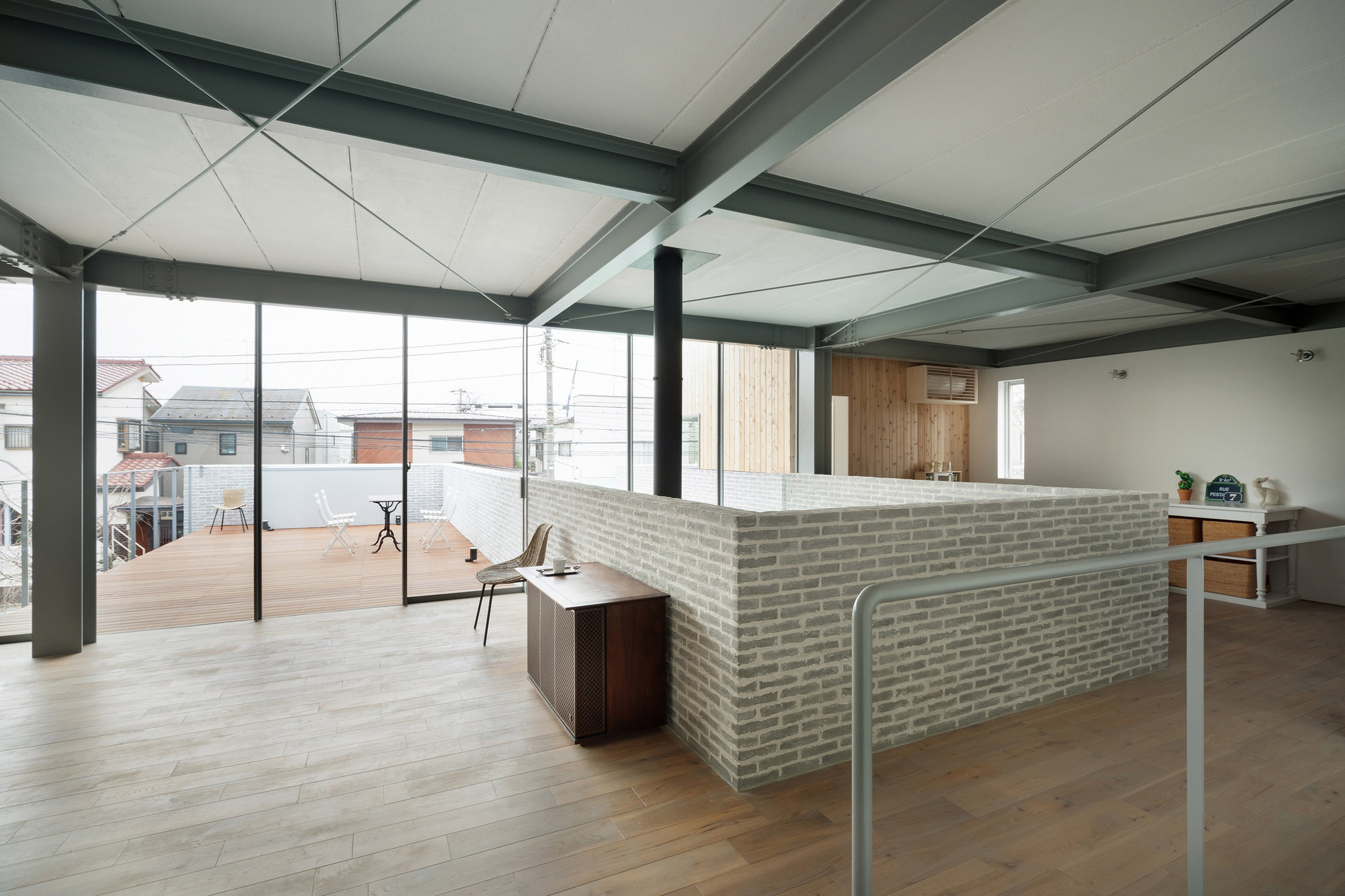 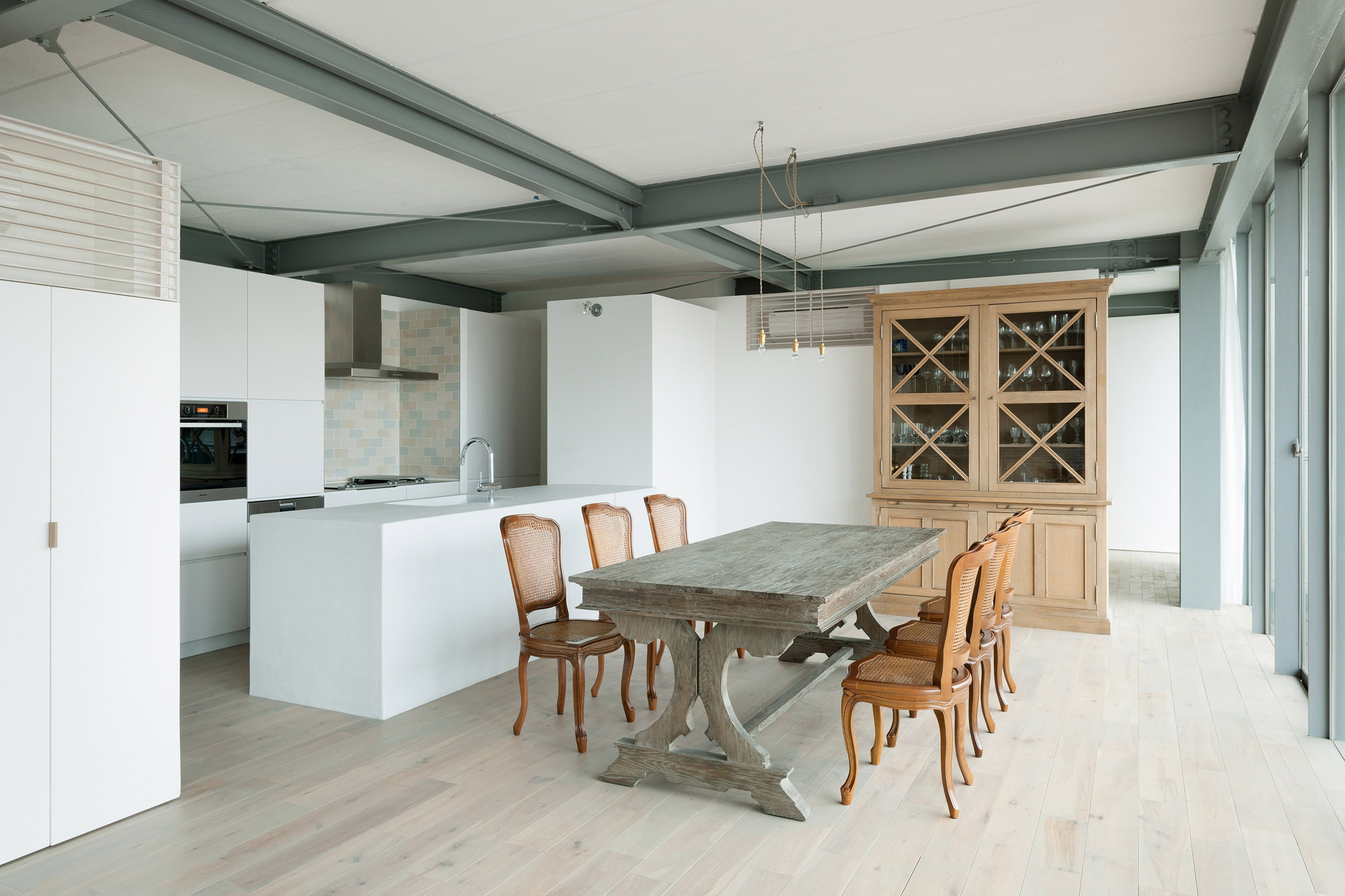 kitchen and dining area at the upper floor

The series of the wall lead the street into the house. While the balcony stretched ahead to the street surround the existing garden which is buffer between the street and the house. 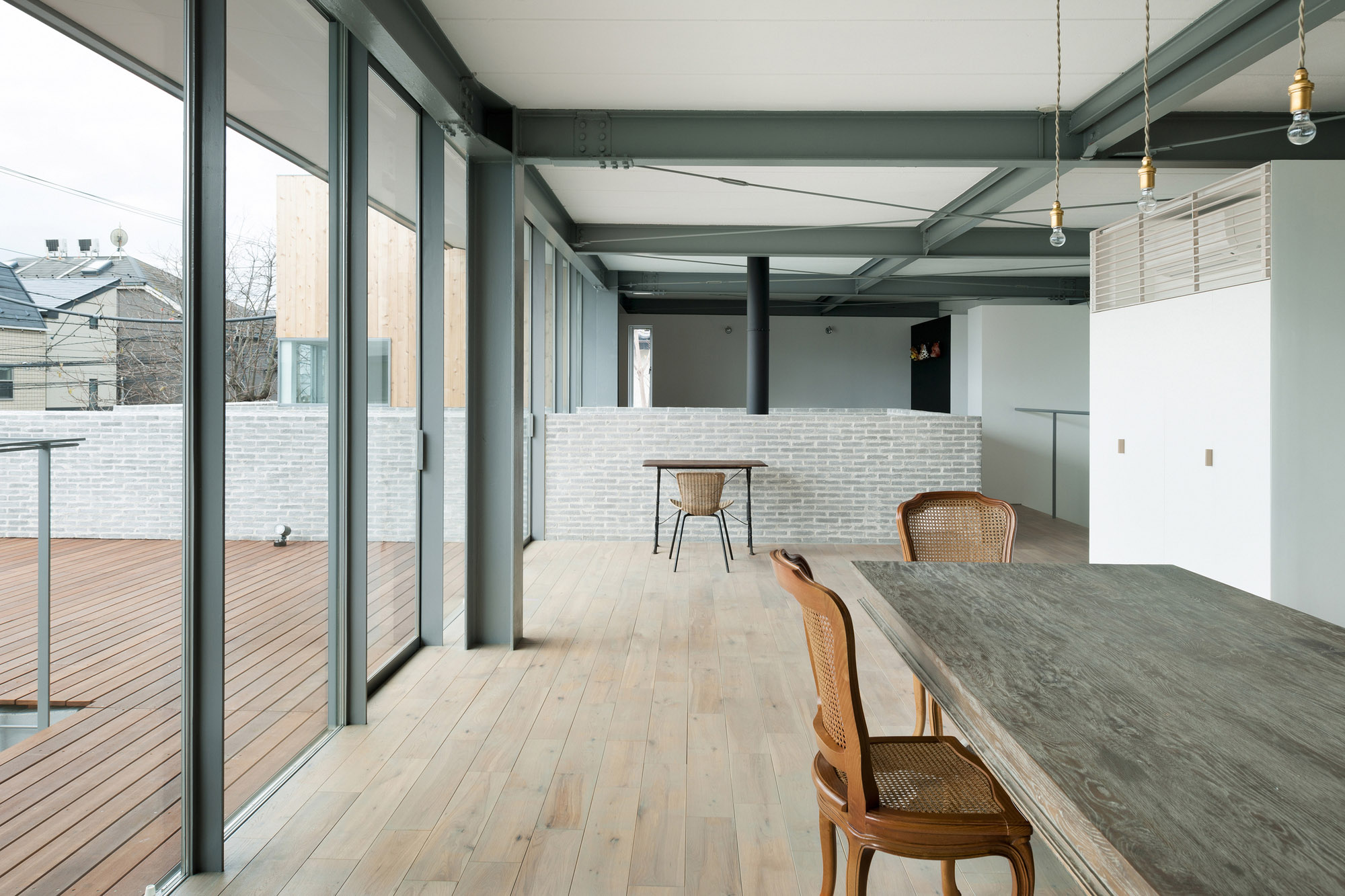 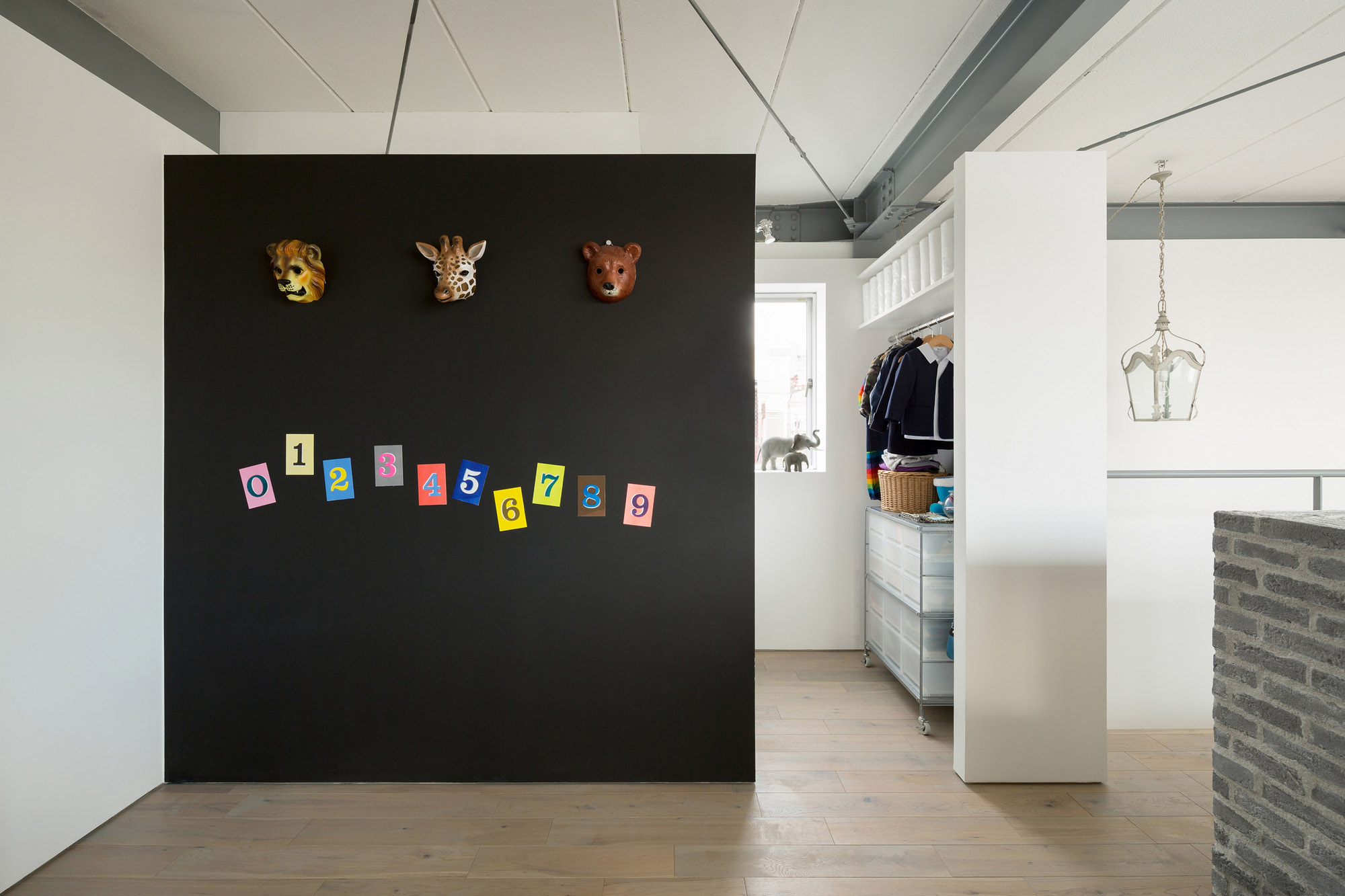 The texture of the wall was selected the mortared tile which has intermediate resolution between concrete block wall; which is typical fence and interior wall. 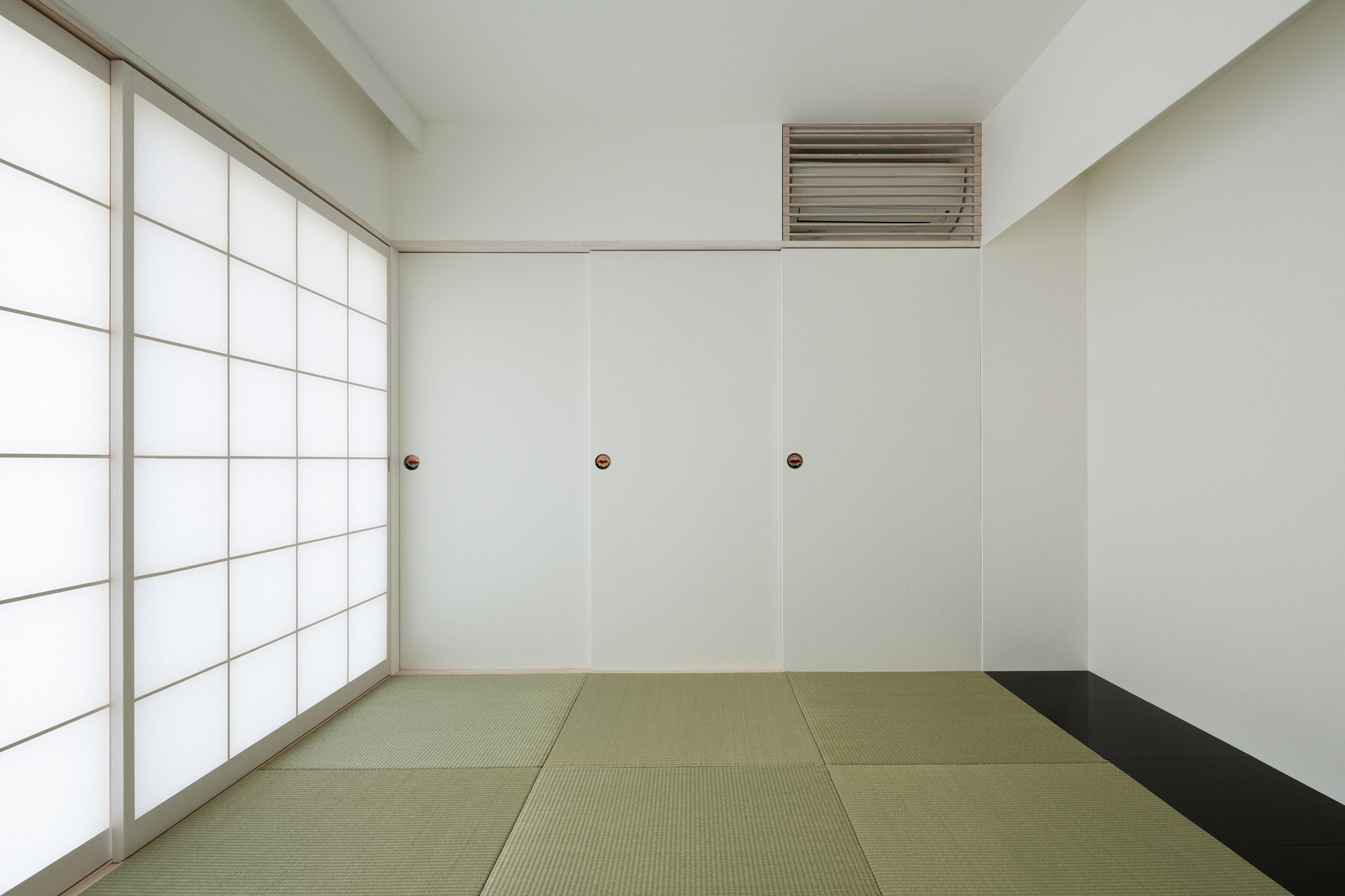 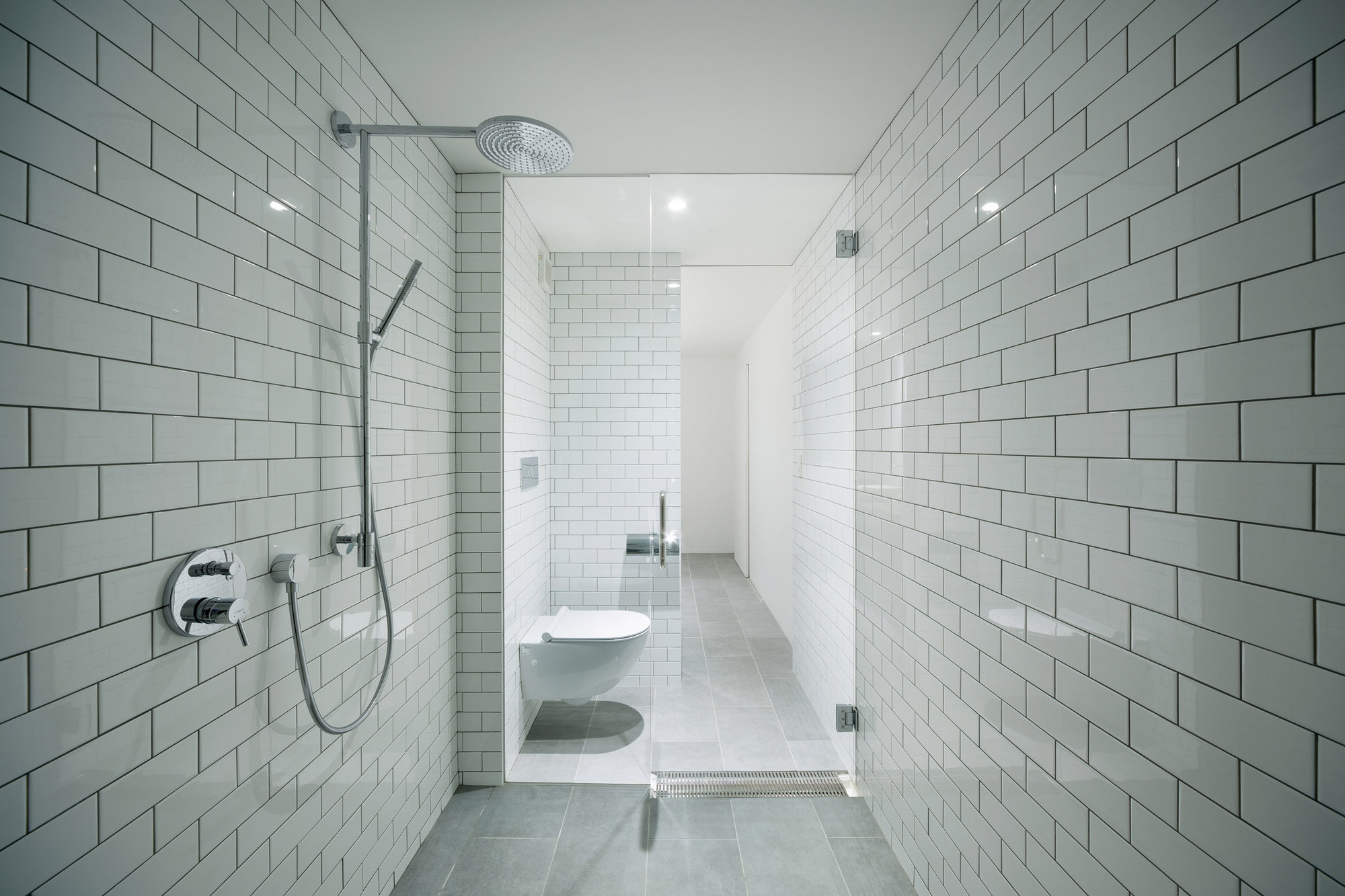 all of the bathroom walls are covered in white rectangular tiles

Both family of two generations live independent at the same time they share the two kind of the outside space. One is the street led into the house. The other is the existing garden. This two outside spaces create the migration flow line that they connect the two households. Therefore there is a flexible relationship among the two family. 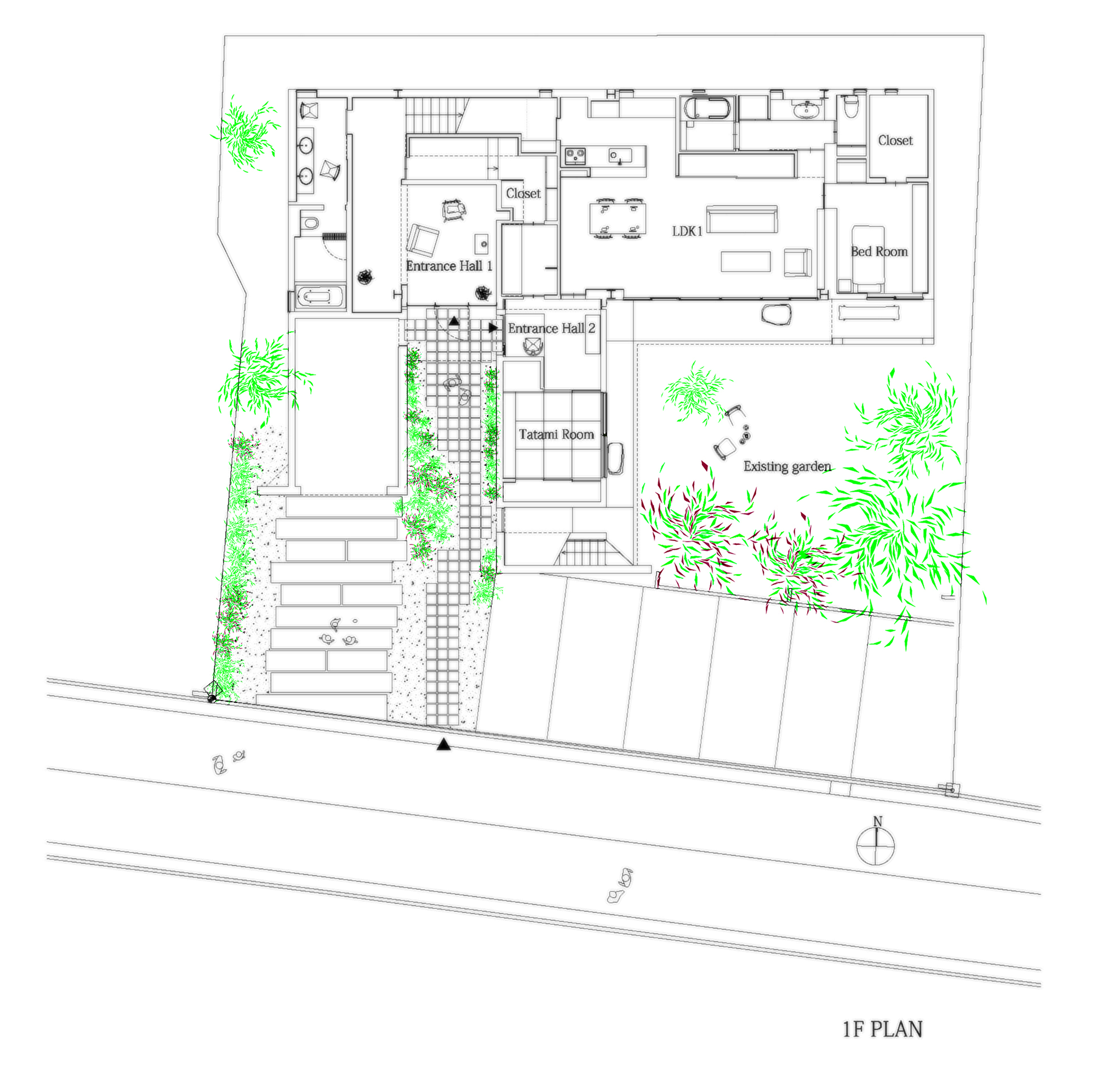 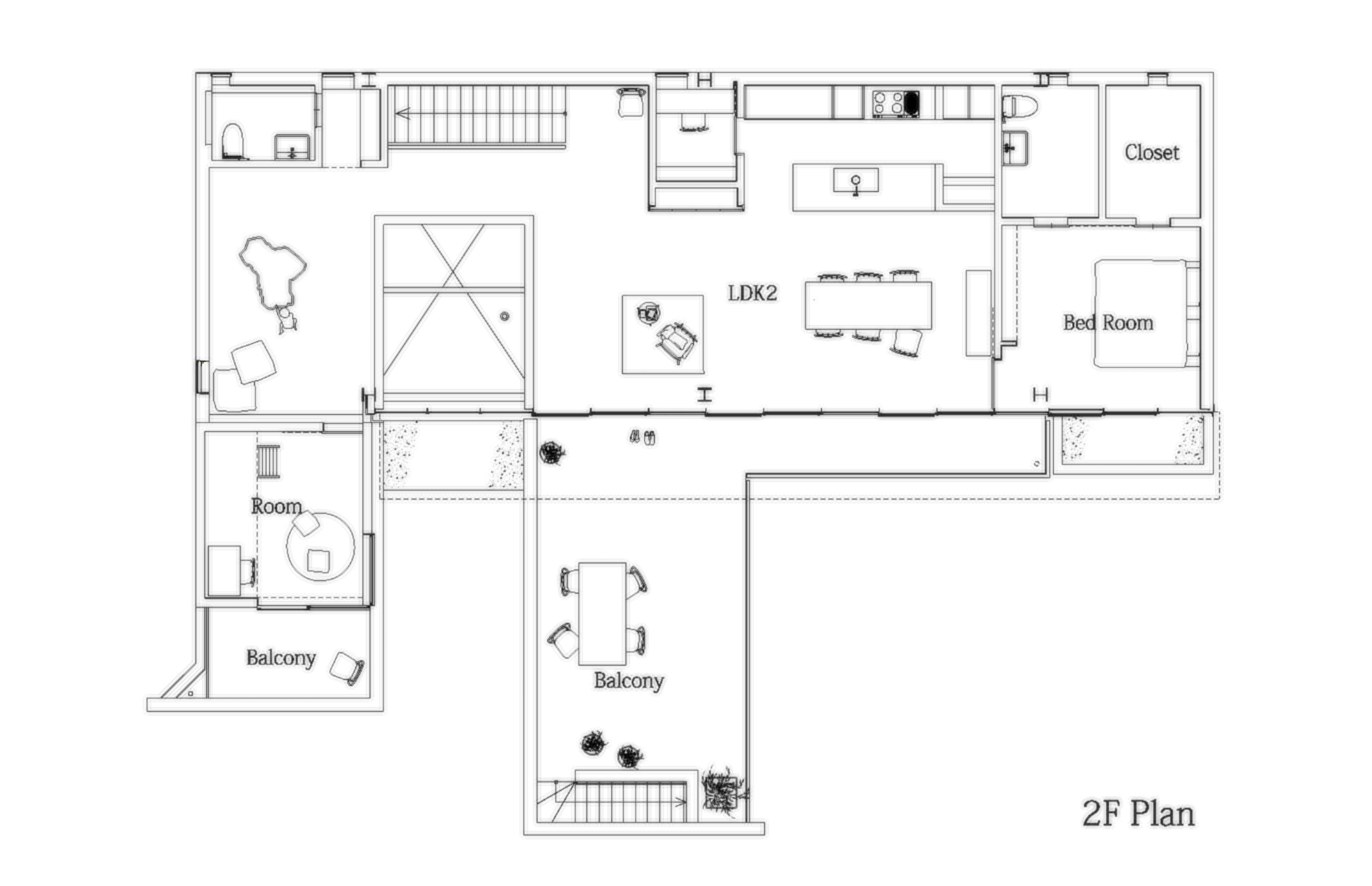