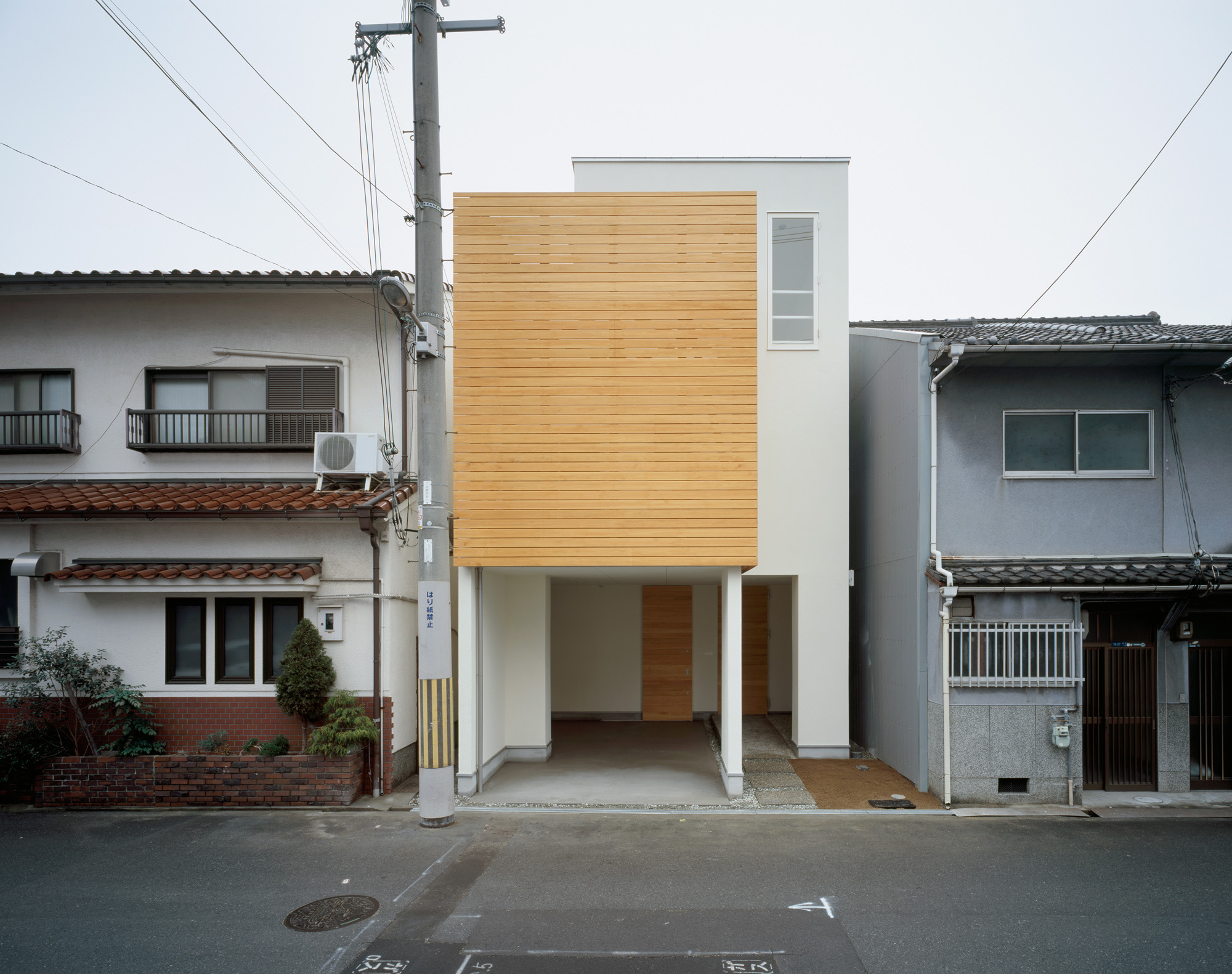 ‘House F’ is designed for a couple, and is a wooden three stories house that is built at urban narrow site. Around the site is the mixed-use area where small houses, small factories, and small office buildings coexist together without any harmony. 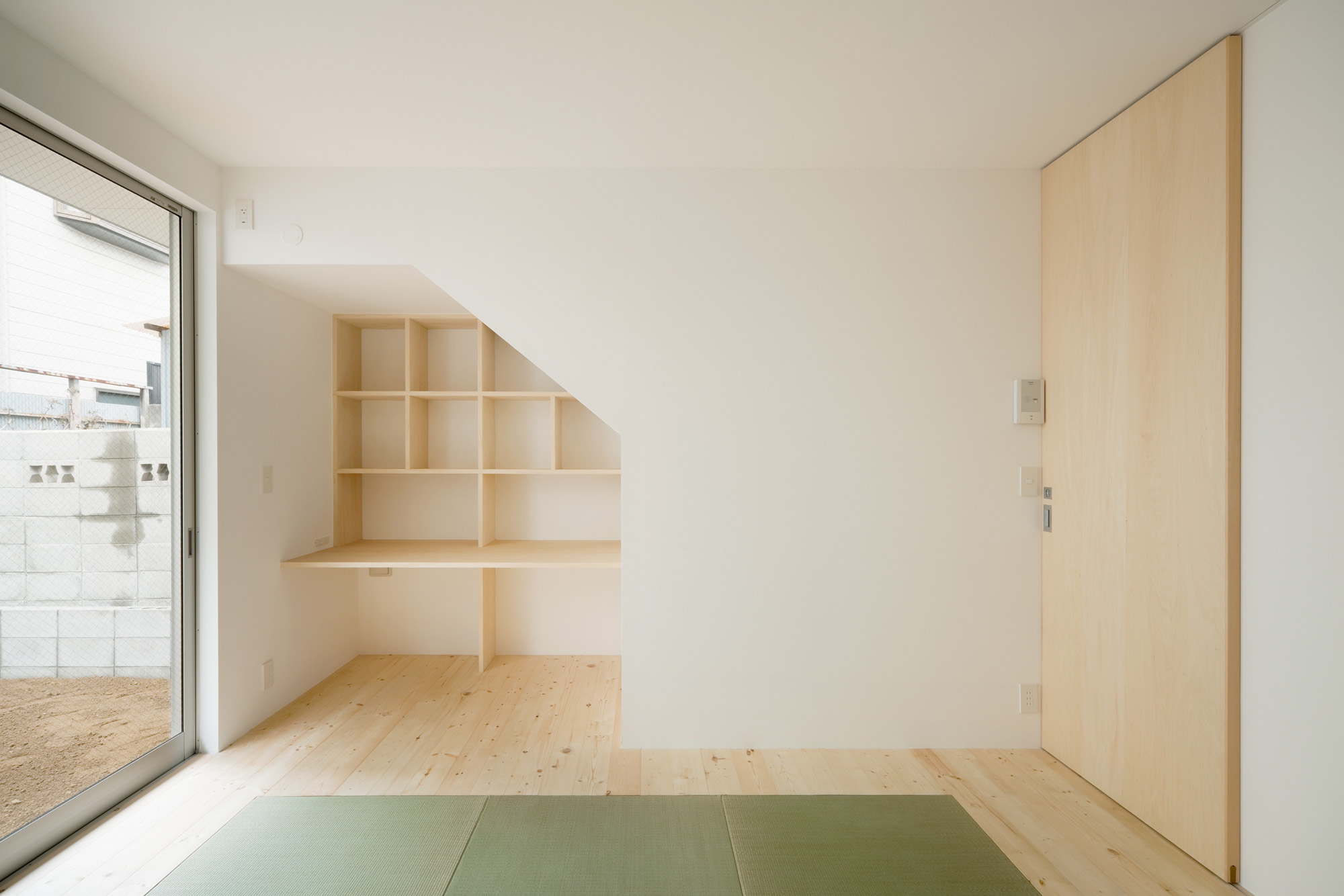 tatami room with connection to the outside garden

The client requested a garden in the south side of the site, and decided to make a building three stories to secure required rooms. 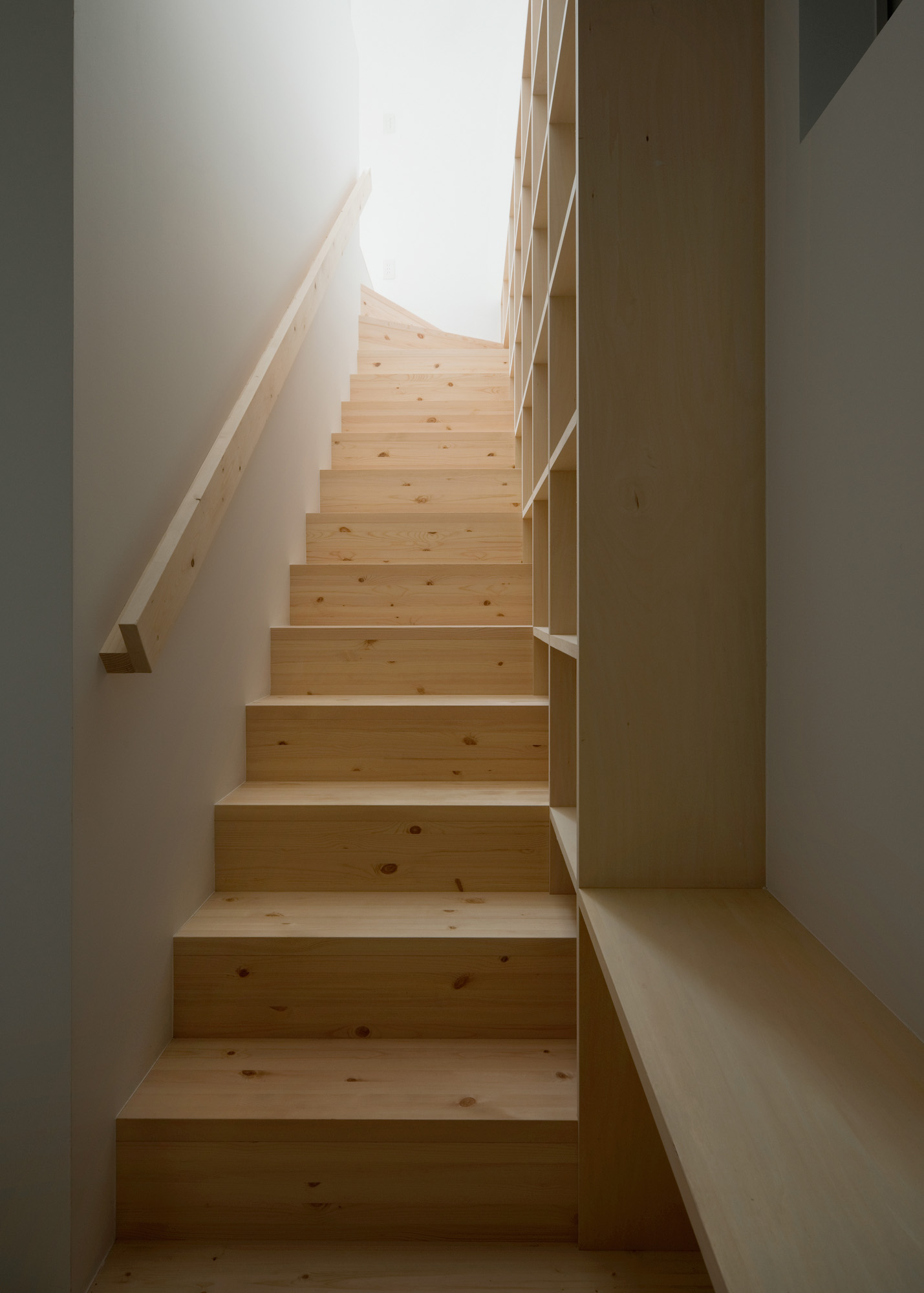 staircase to the first floor

It aimed at a quiet, soft space with the wood and the paint finished wall. 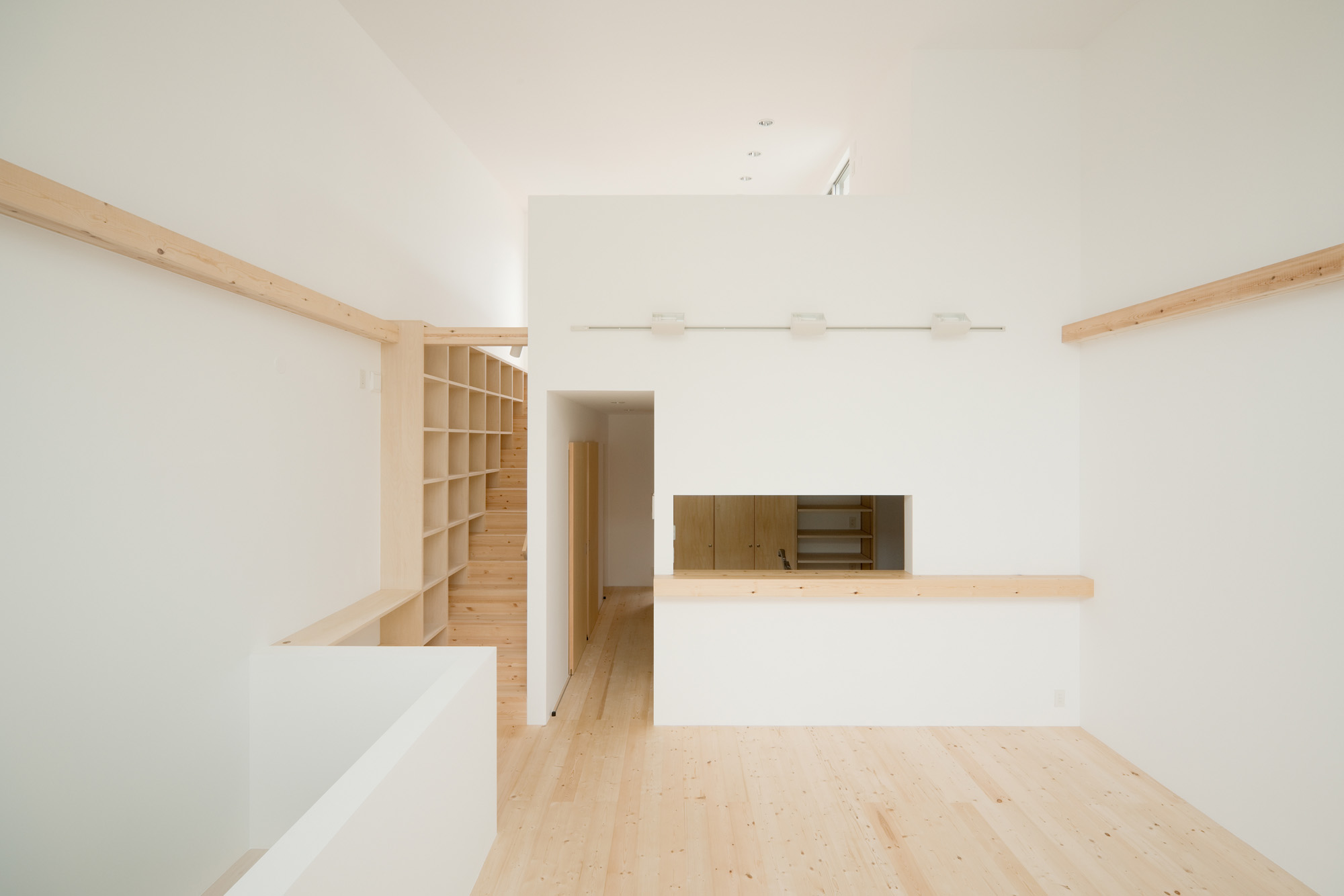 The space with a brightness and openness was secured, and the space was contrasted with spaces with density. 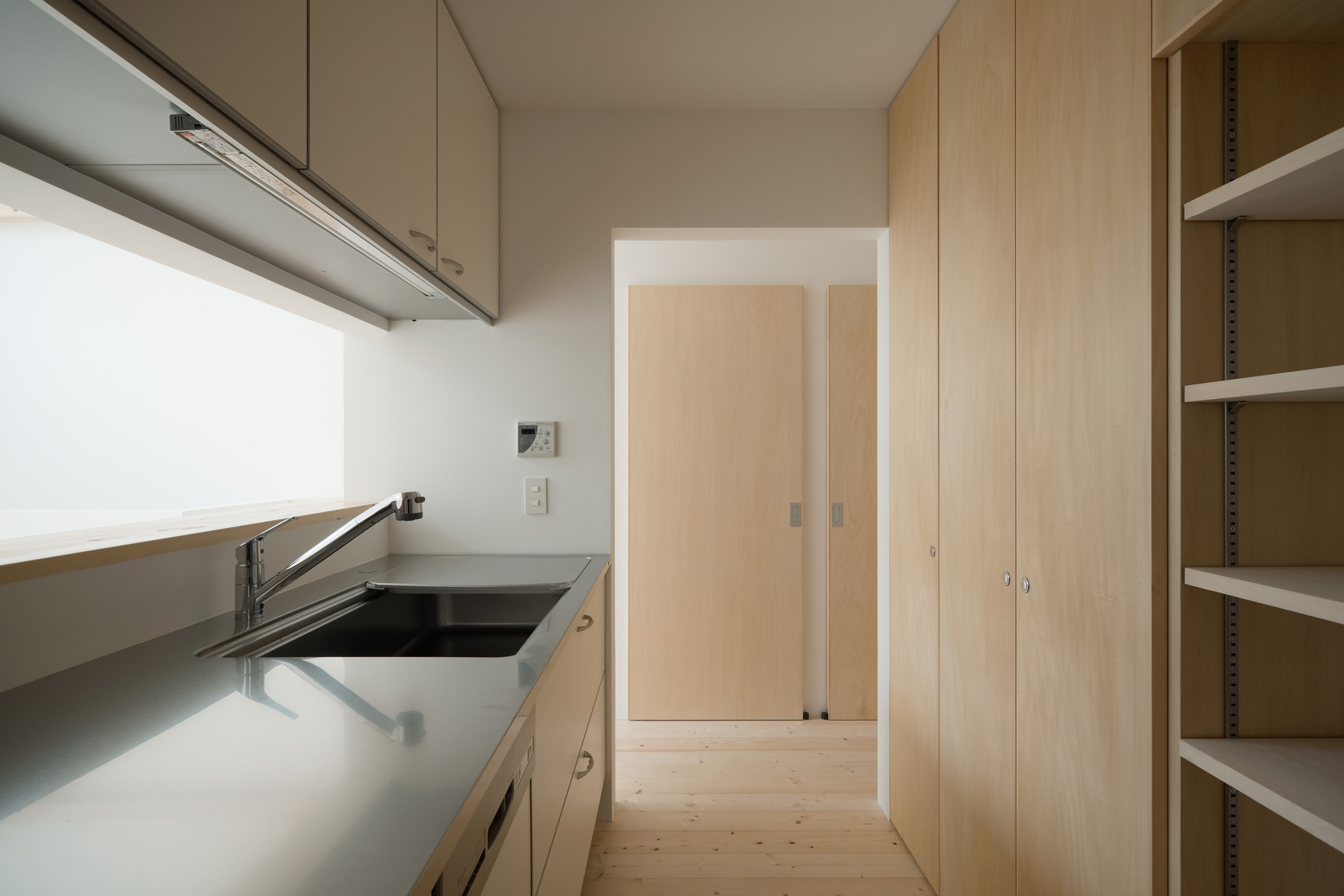 view from the kitchen to the living/dining area 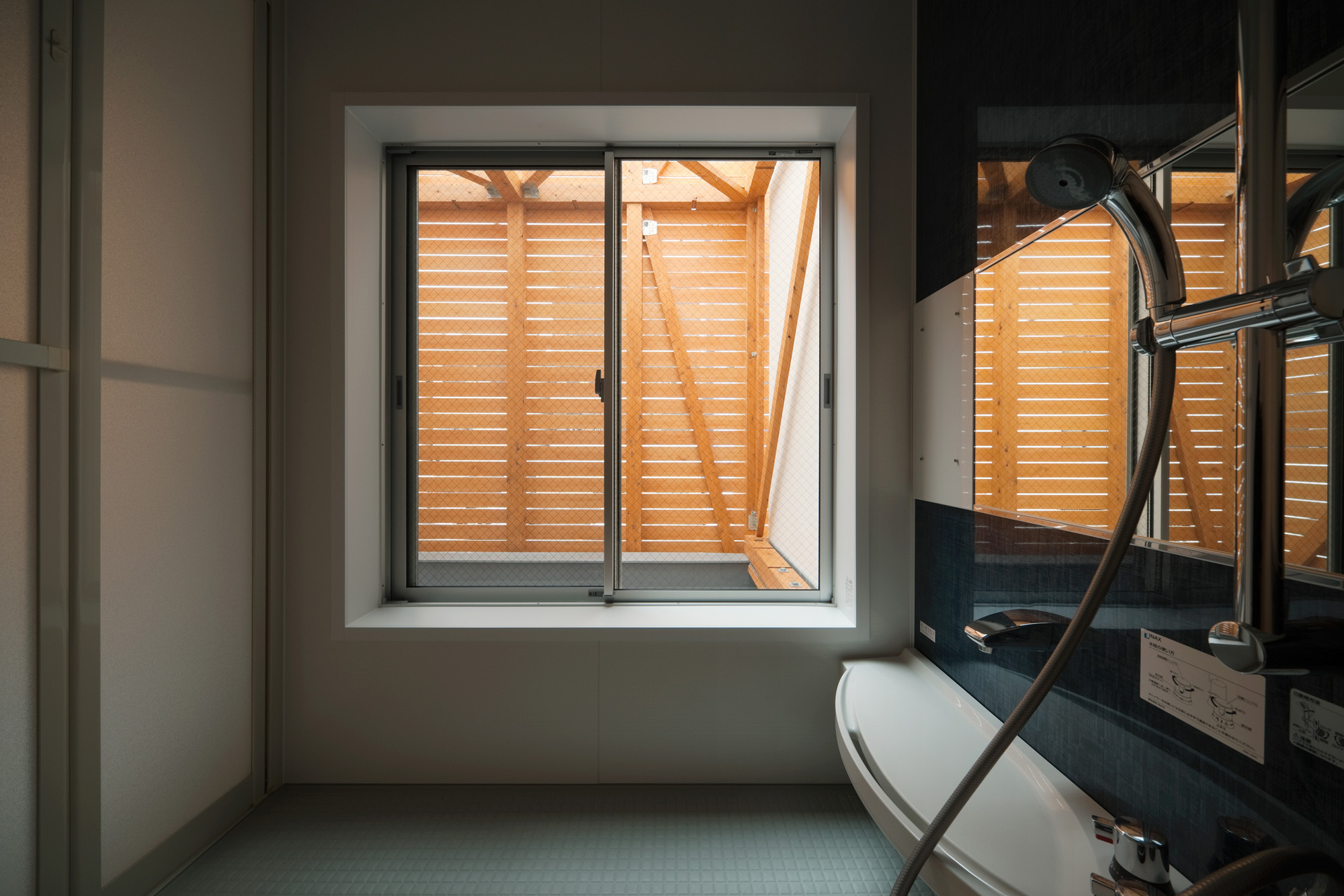 The beam of the void where the wind pressure had been received and the counter of kitchen were produced in the same material, elements were united, and “Meaning” of the beam and the counter was obscured. 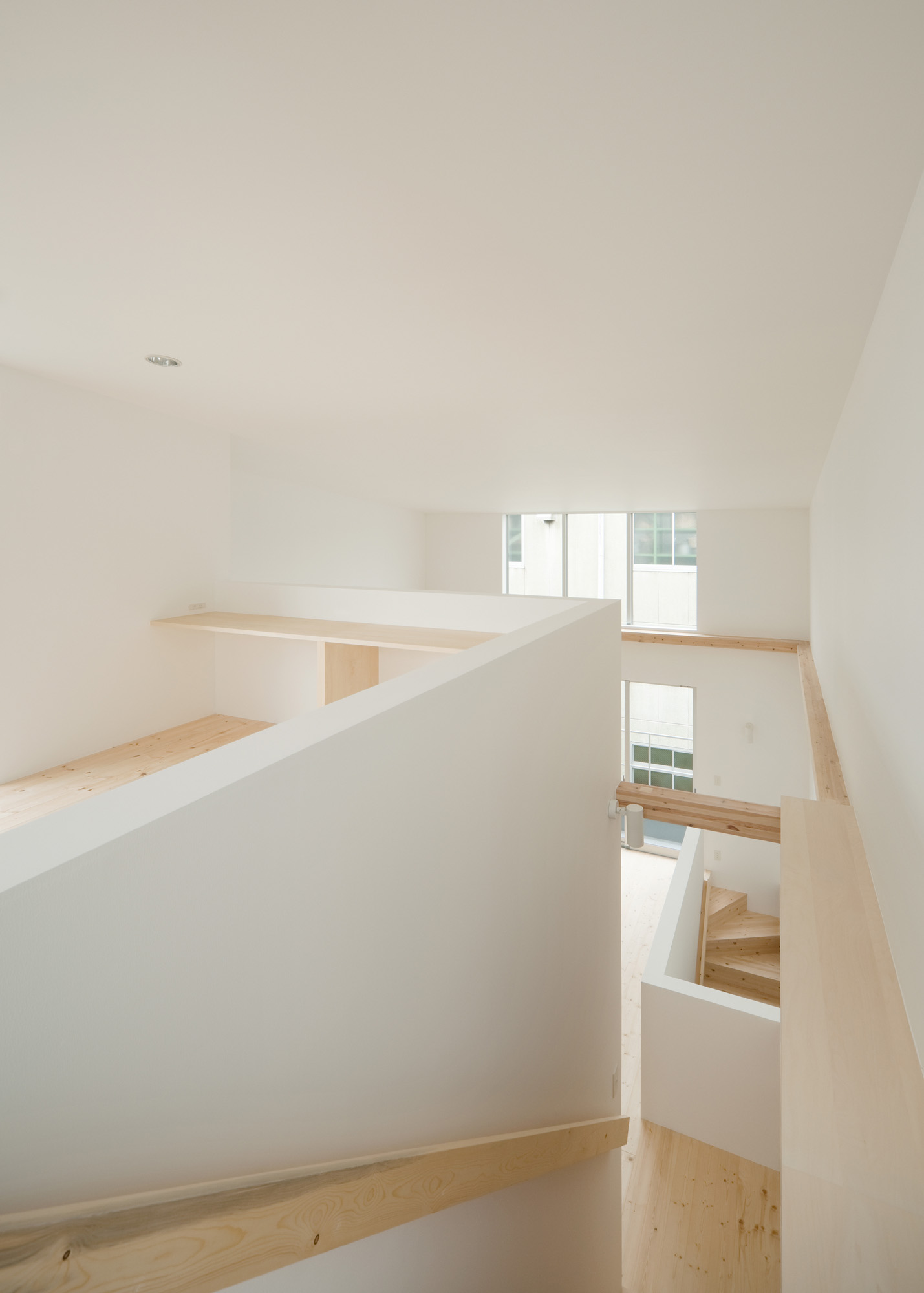 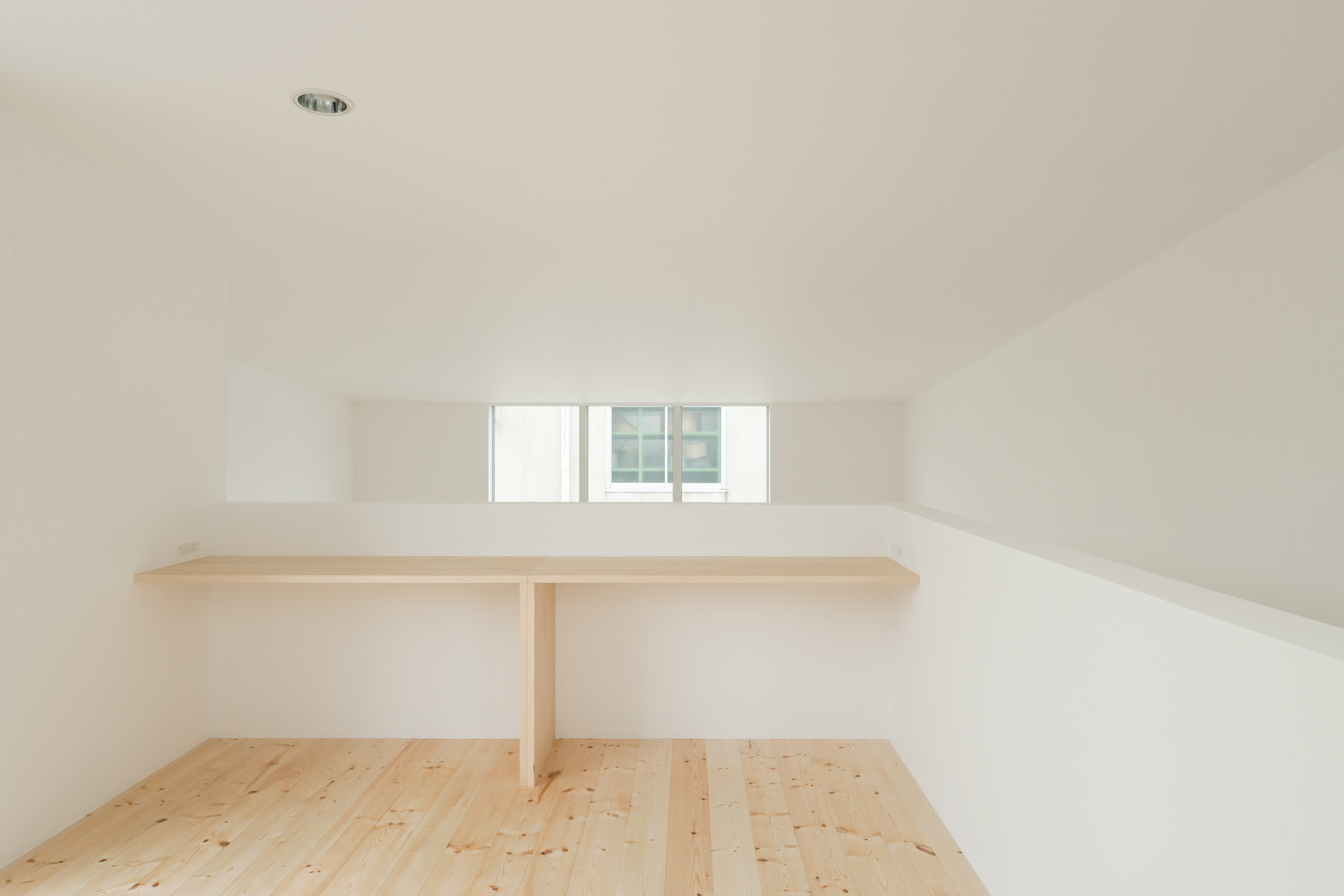 I made “the blank” where the light and the color tone change by progress of time were felt. 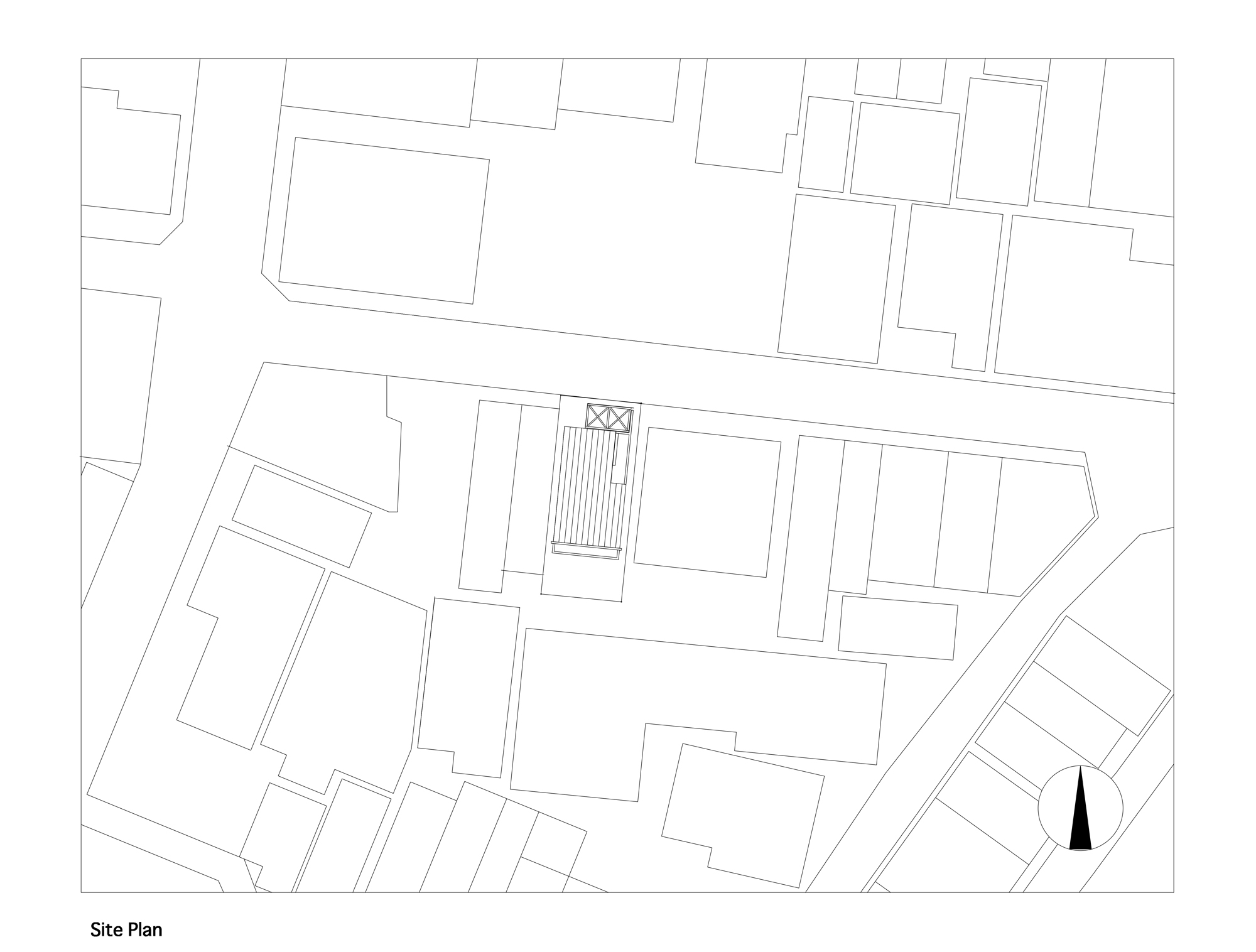 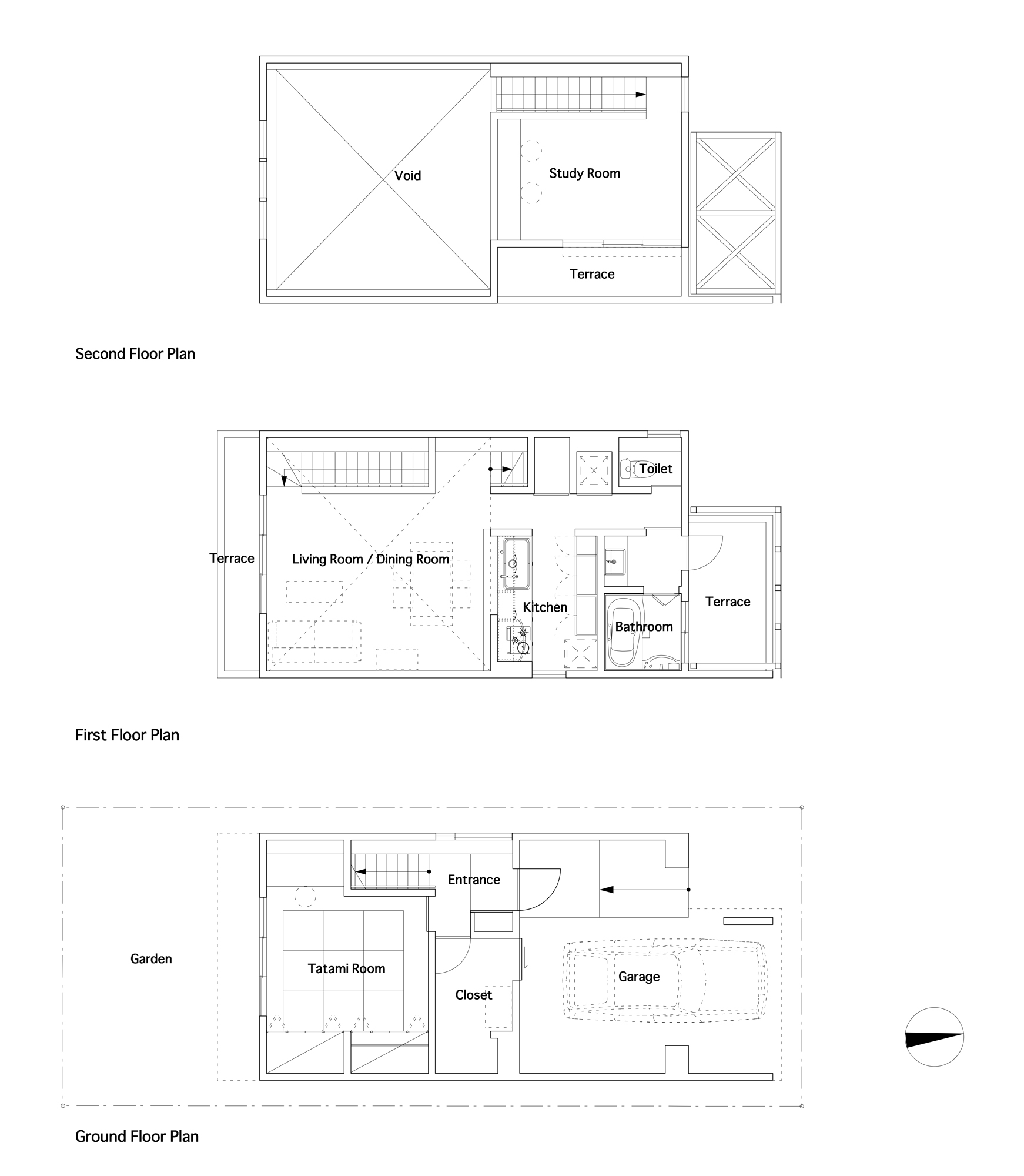 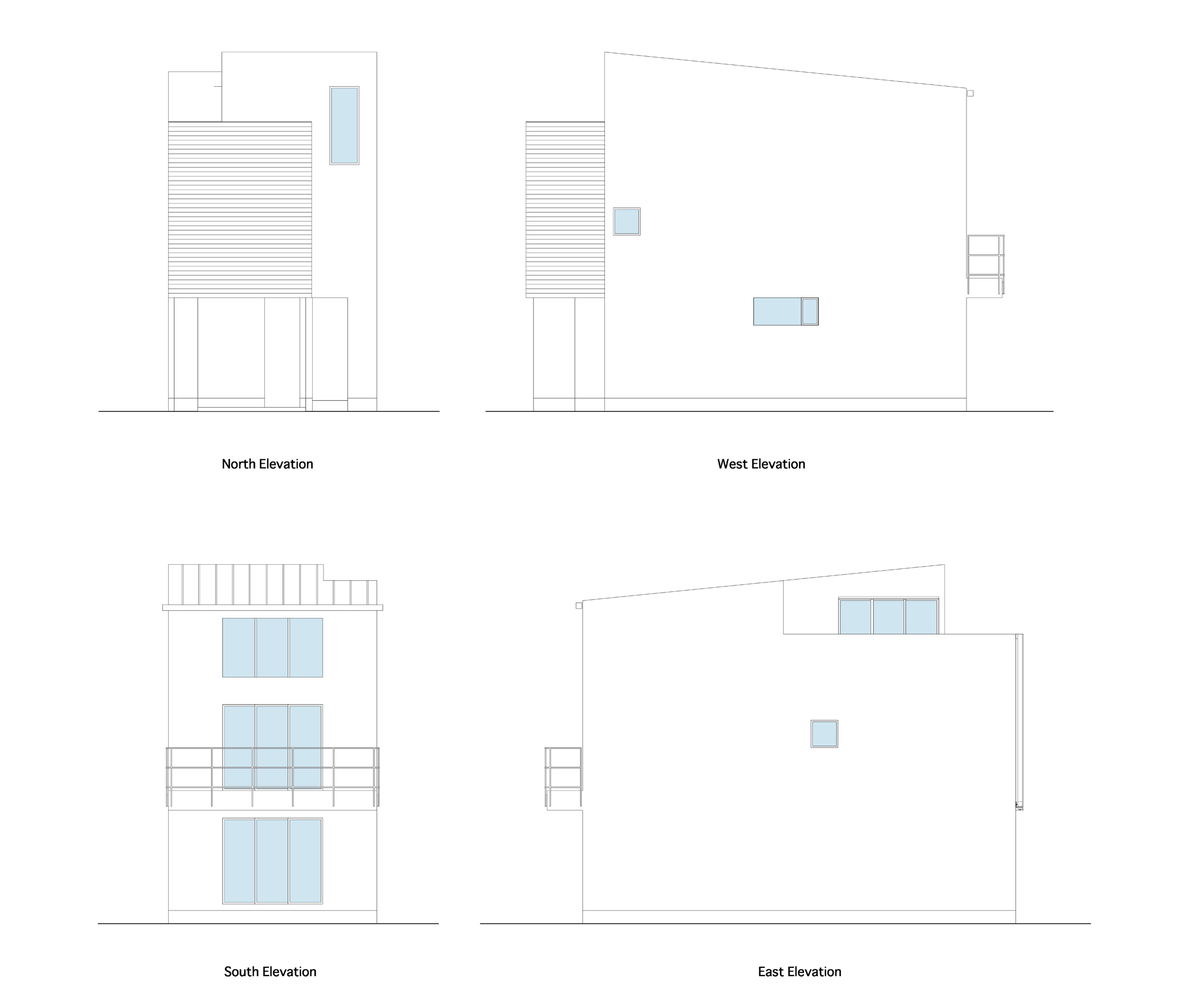