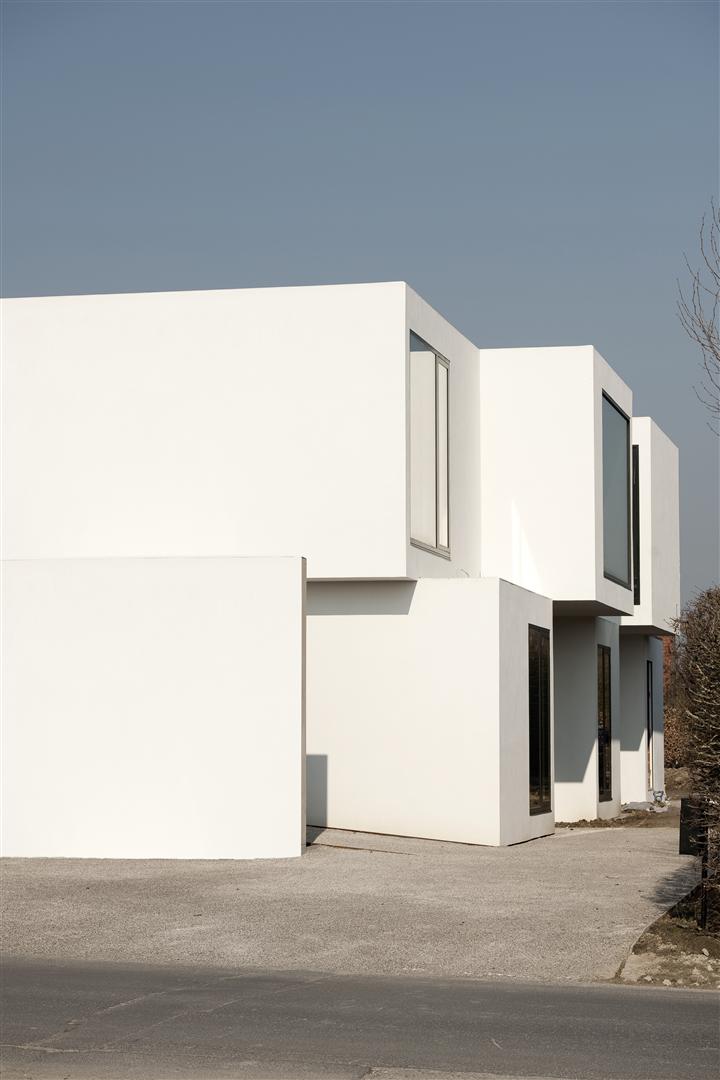 The general concept of ‘house DZ’ is responsive to the narrow plot and dense program as required by the clients. The brief was for both a family home and a physiotherapy practice.

Planning regulations required a minimum clear gap of four meters between the neighbours on both sides of the already narrow site, which meant that the building’s organisation had to be very efficient with space. 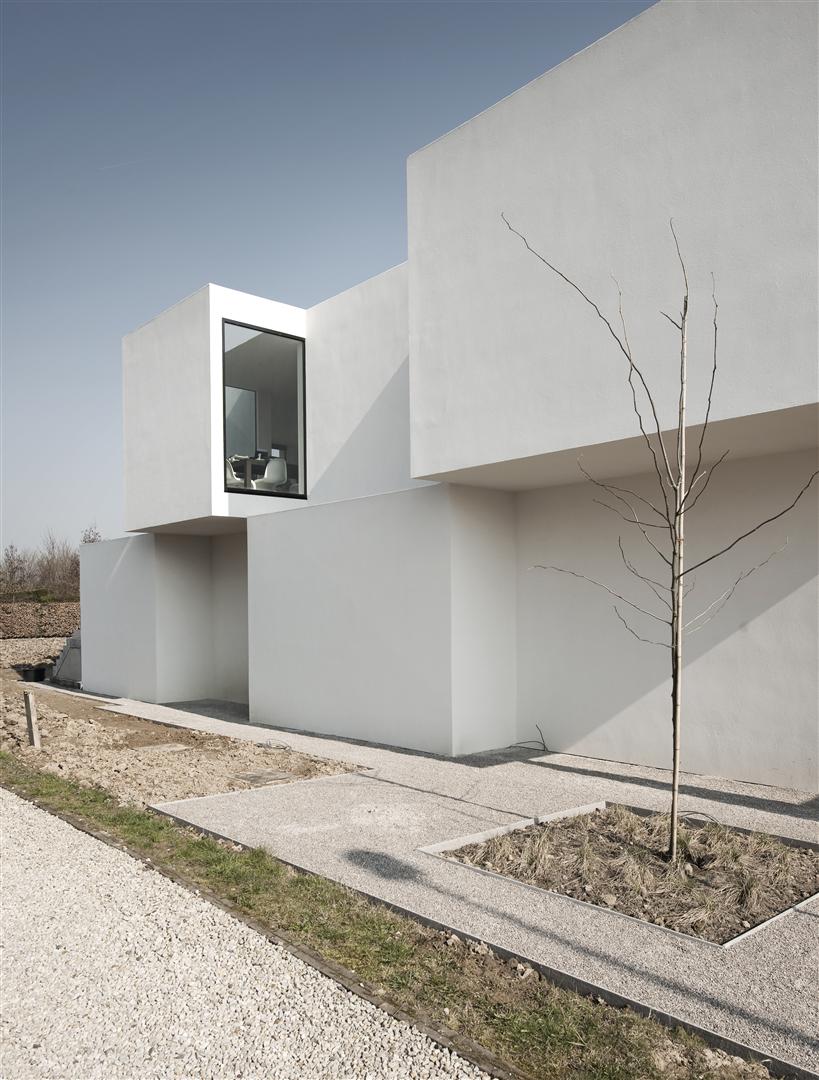 The first step in working with these limitations was to switch the traditional dwelling program. The daylight functions (kitchen, dining, living & terraces) are located on the first floor with bedrooms and bathrooms located on the ground floor. This allowed for better views from the spaces on the first floor along with much more natural light entering the most commonly used spaces. The monolithic volume was then separated into smaller blocks which could shift to achieve maximum direct sunlight entering the building along with selecting specific and beautiful views. 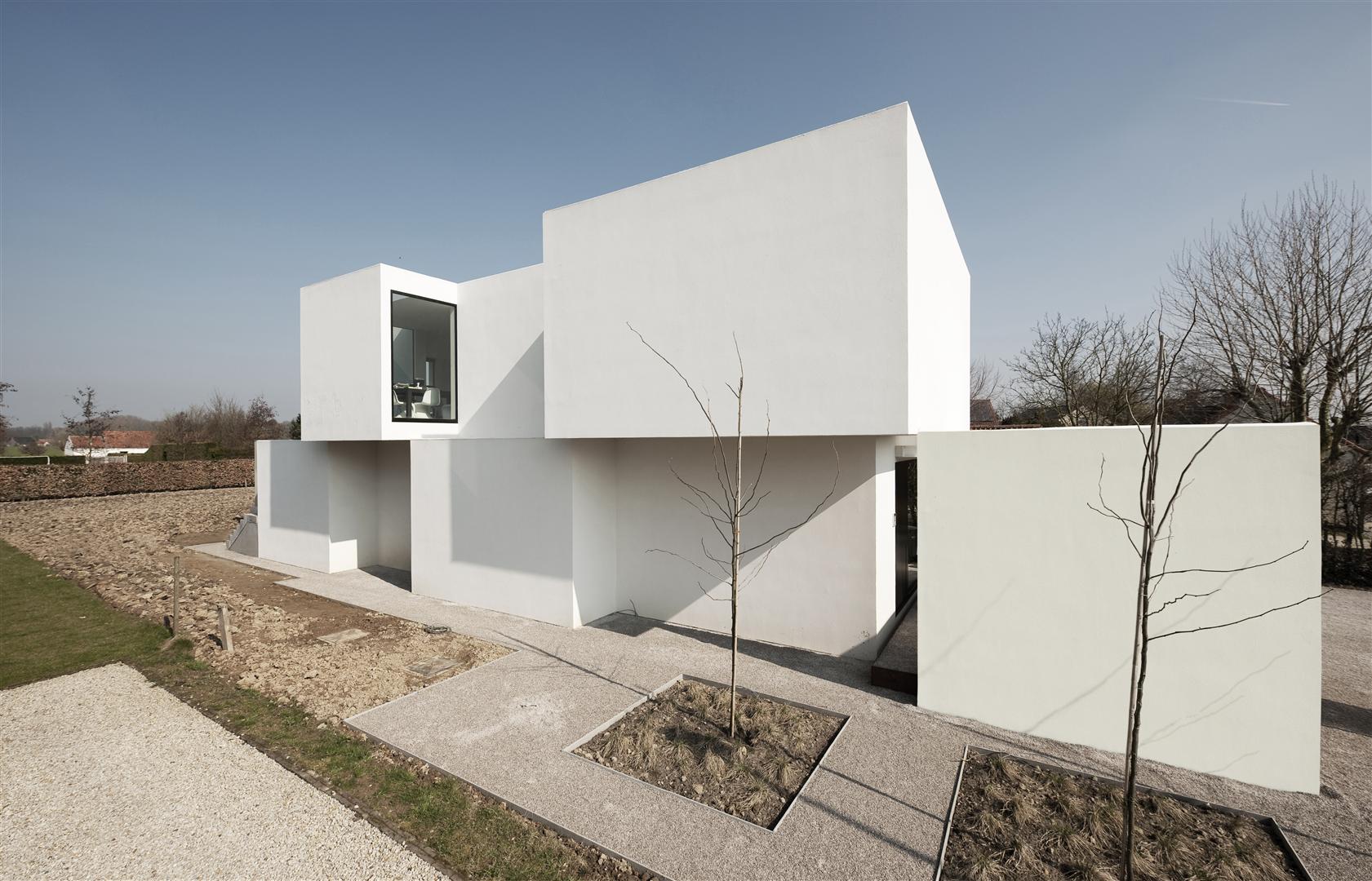 volumes containing rooms were shifted to create a spatial division

The first floor is kept open plan but the shifting rooms also act to define and separate the different spaces without actually creating physical divisions. Each space is visually connected but has its own atmosphere due to the location of the windows and shifting of the blocks. By shifting the blocks on the first floor balconies are also created for the kitchen and lounge space.

The windows were carefully placed in the facade to capture surrounding views in particular the green areas to the east of the site and also to allow direct sunlight into the living spaces. The south facade is kept closed for privacy and to block the sun when its at its highest point. 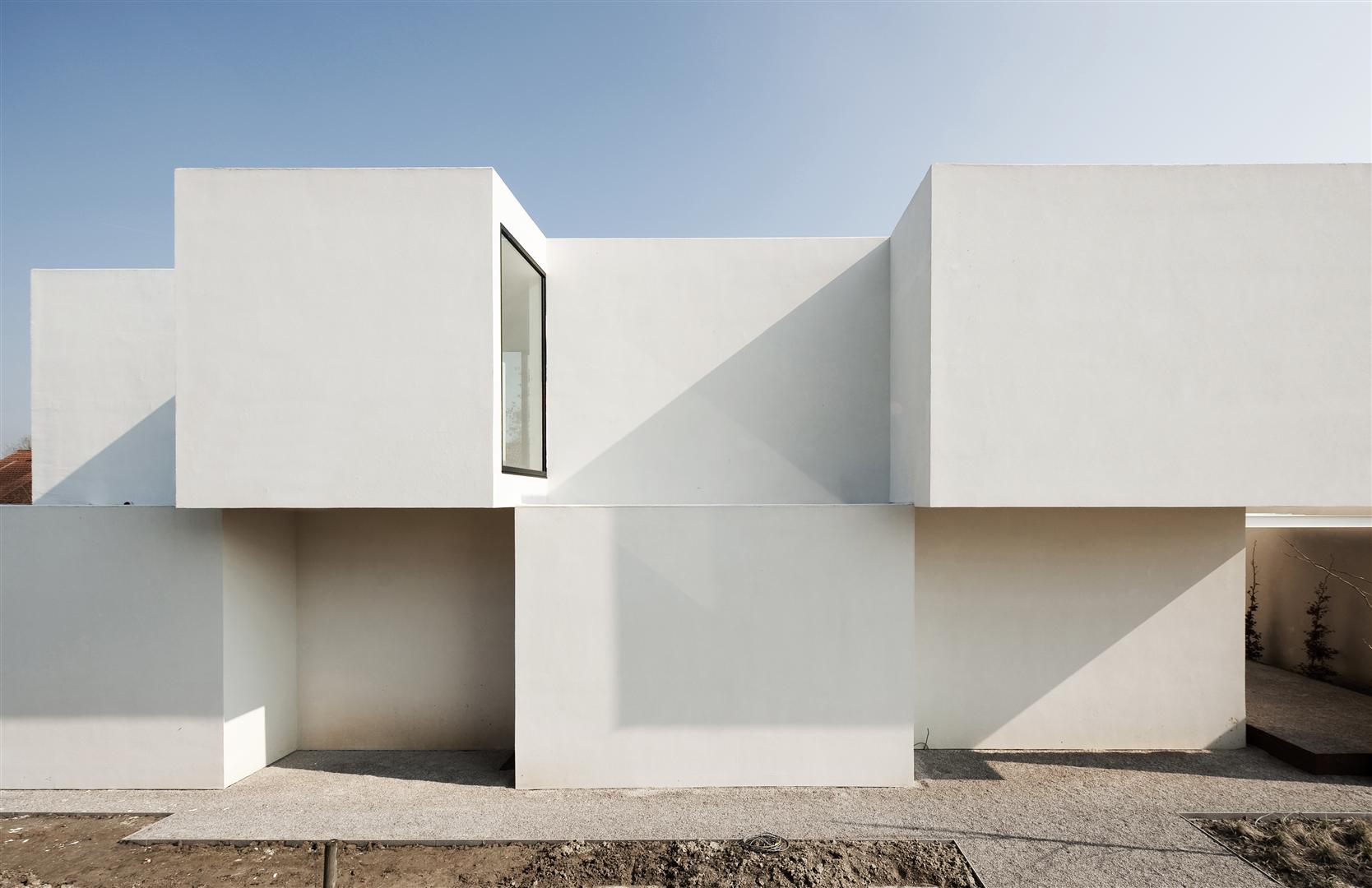 On the south west facade the windows are placed perpendicular to the neighbours. This is once again to maximise the amount of natural light entering the building and to ensure privacy for both the neighbours and our own clients.

An efficient and sustainable volume is achieved due to the compact nature of the building along with its orientation to maximise natural sunlight wherever it’s possible. 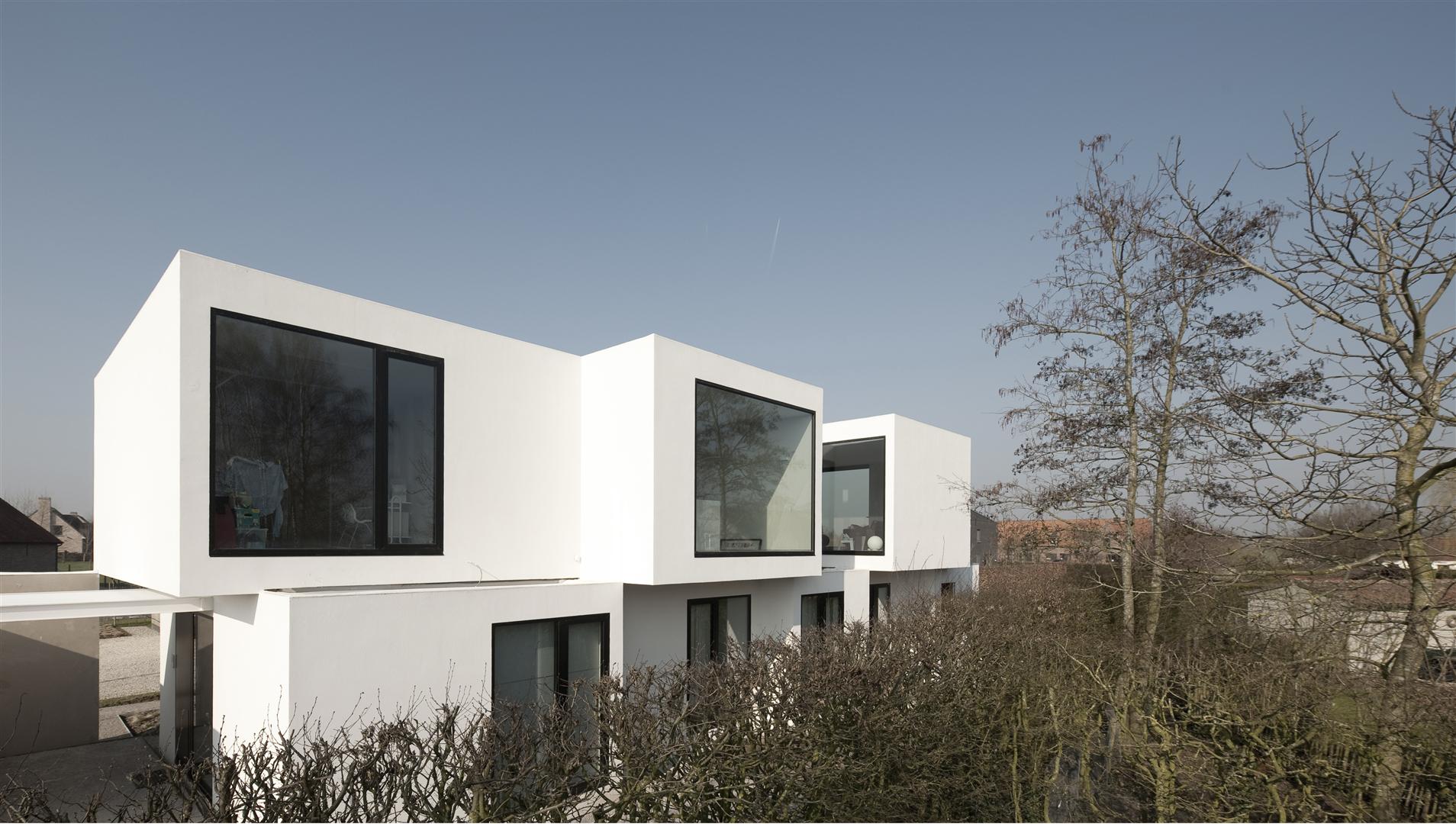 new vistas are created in respect to privacy towards neighbours

The buildings compactness is also evident with the efficiency of the program. The client requested a physiotherapy practice to be incorporated into the building. The ground floor is defined by a narrow corridor which has two stairs mirroring each other. 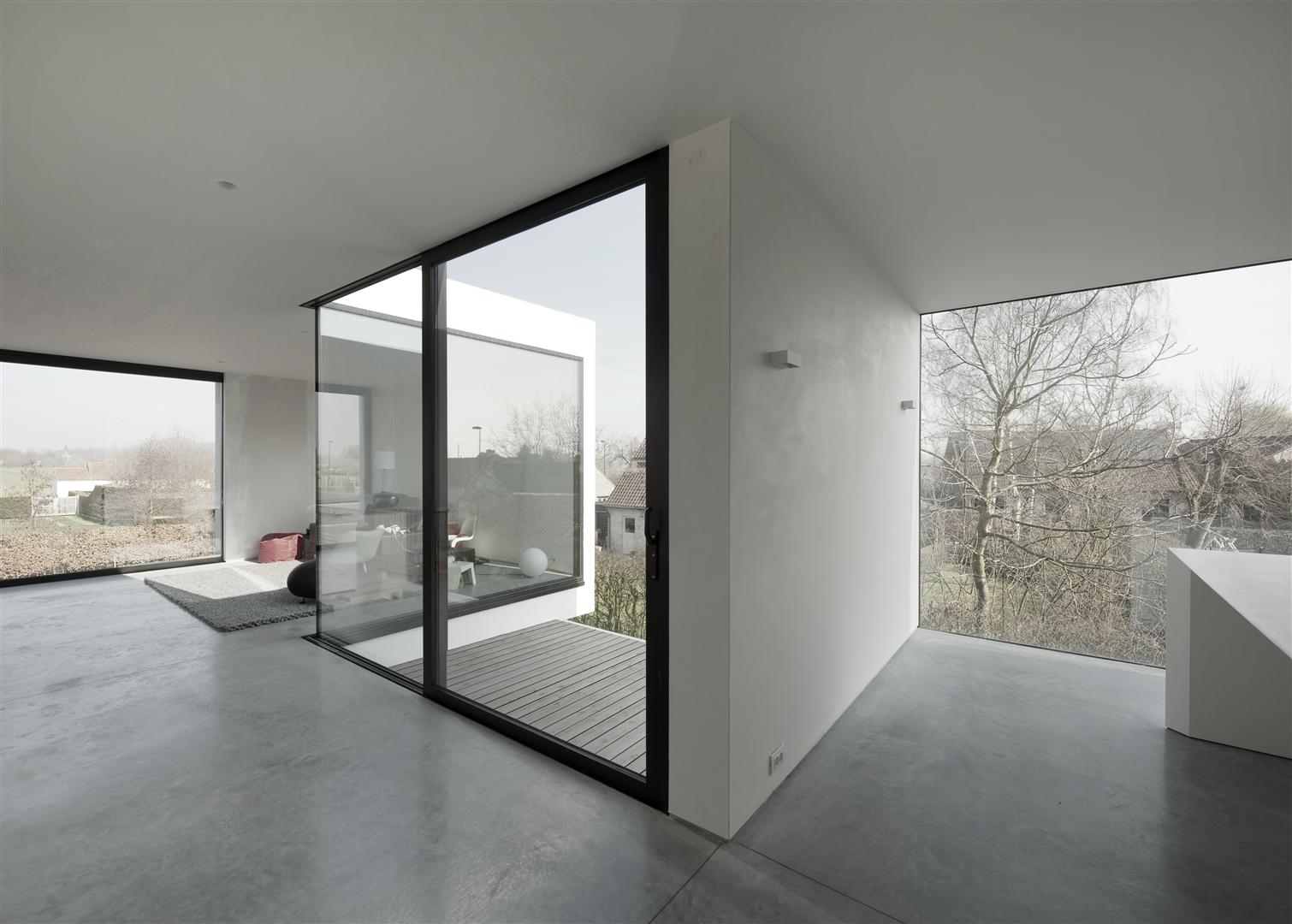 One stairs connects the bedrooms and bathrooms to the living areas on the first floor. The public stairs connect two physiotherapy practices one on the ground floor and one on the first floor. These stairs separate the private and public functions but also help to bring light into the ground floor and to open up the corridor space, creating an airy and pleasant entrance to the building. 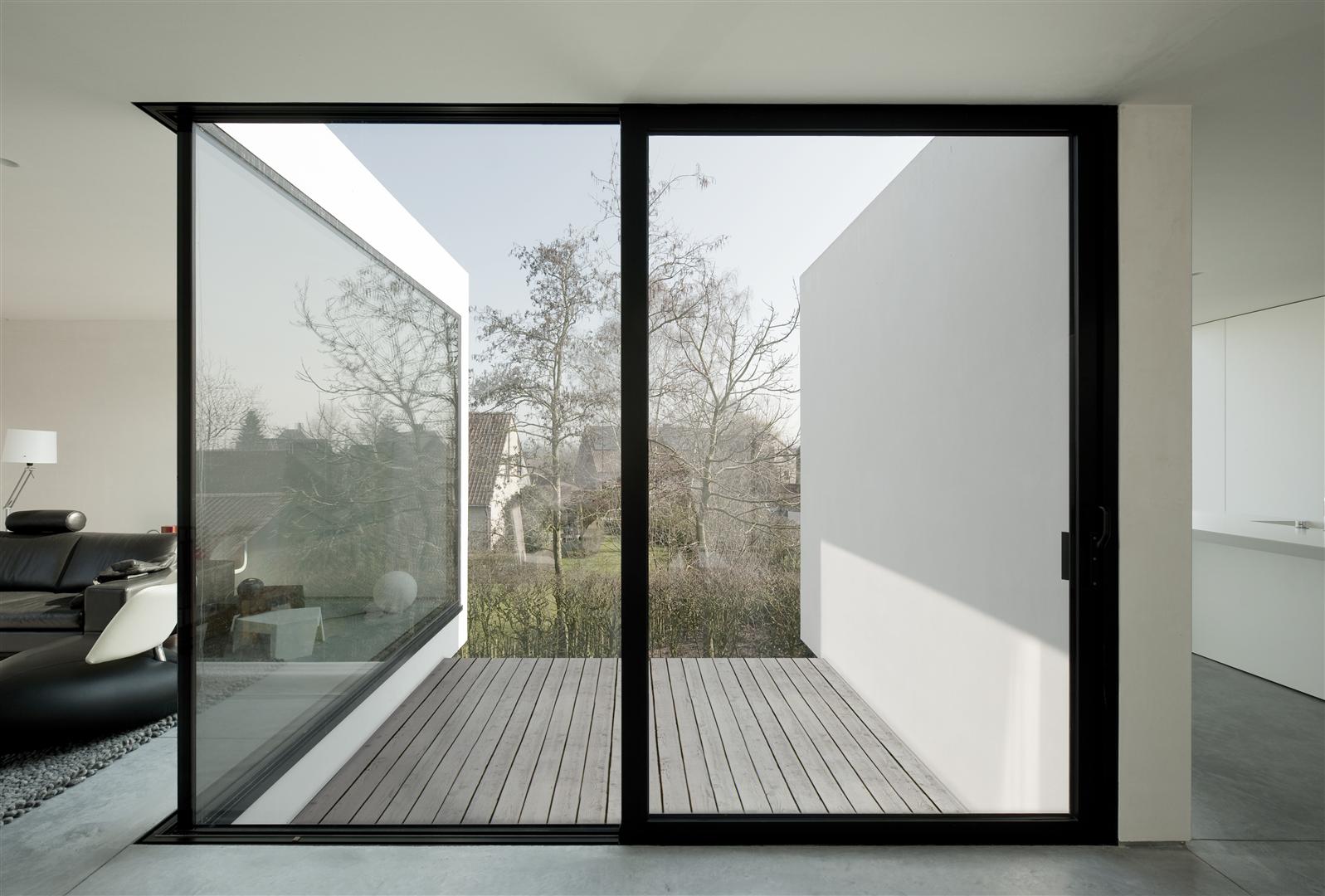 terrace that is connected to living room

The client also had a requirement for a car port and garden shed on the ground floor. These program requirements were used within the sites limitations to achieve their function and also define private external spaces. 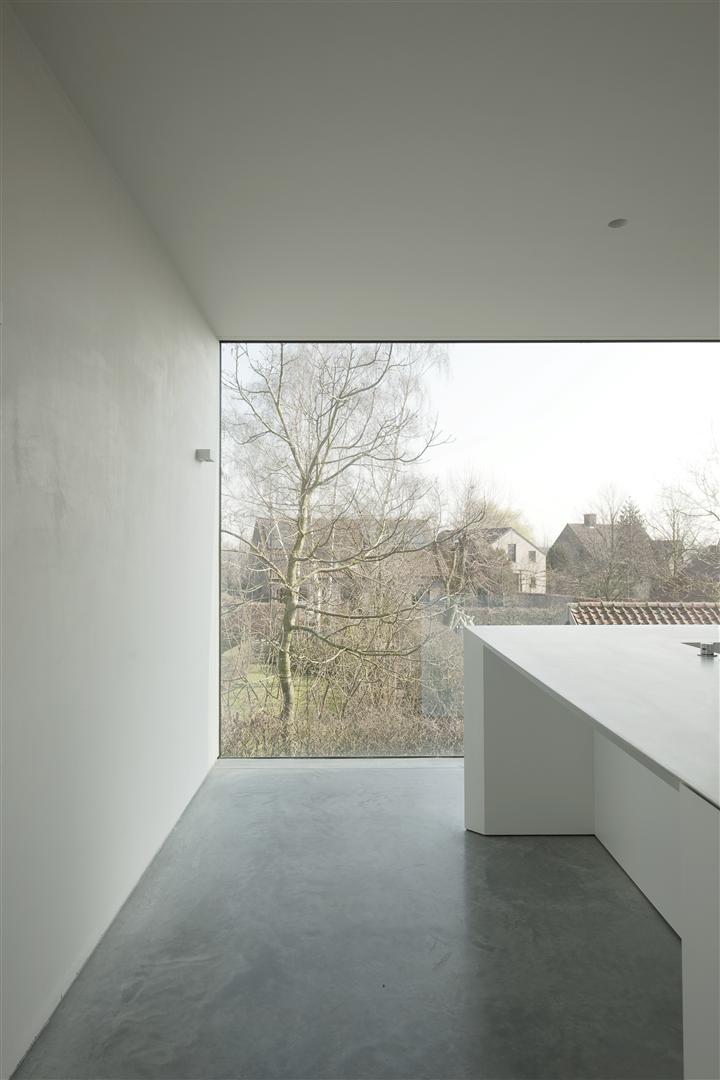 The car port acts as a private and secluded entrance for the physiotherapy practice and the garden shed defines a terrace which is secluded from the neighbours and opens out into the garden. External steps lead up to the lounge area connecting the first floor living functions to the garden. 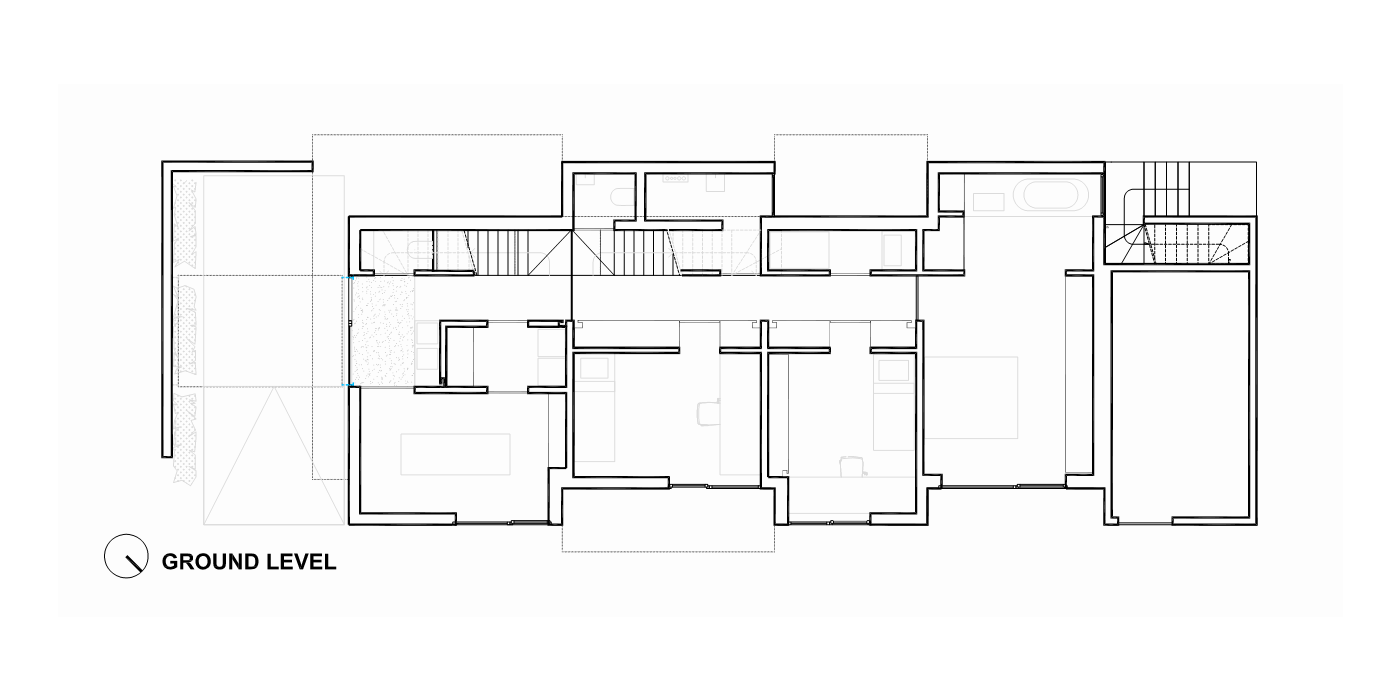 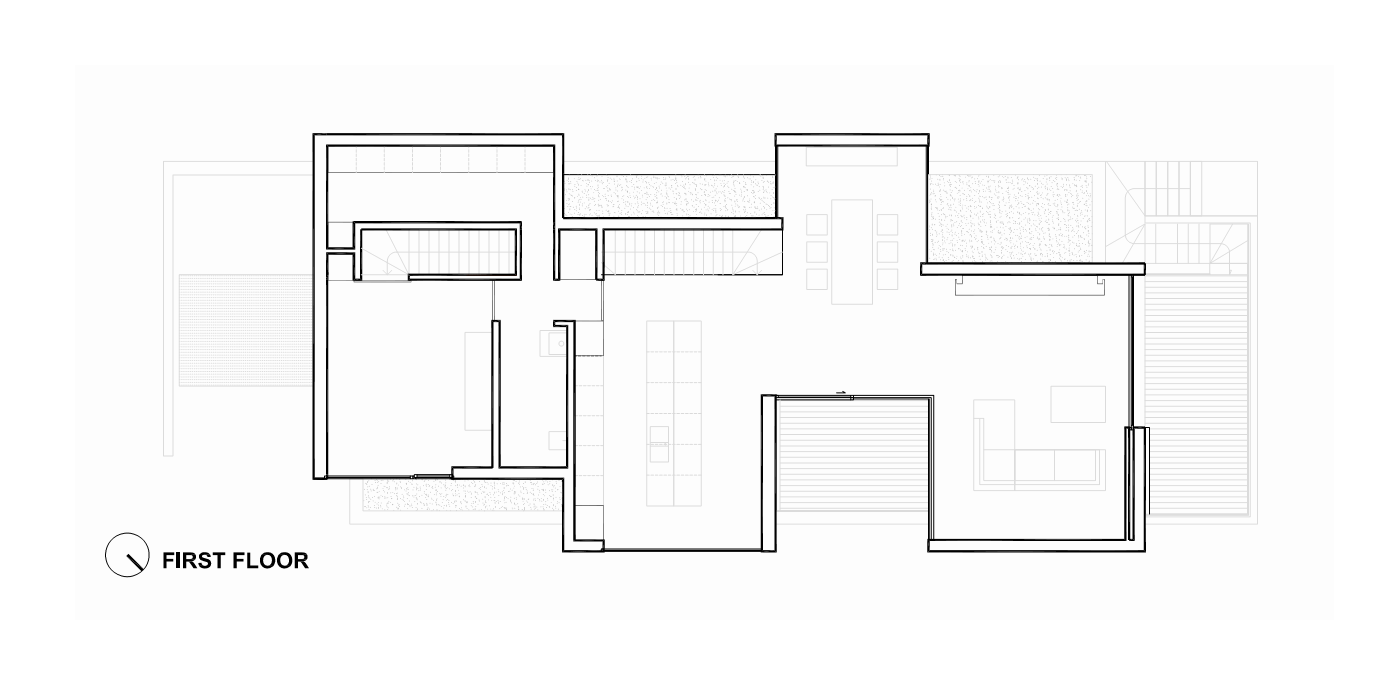 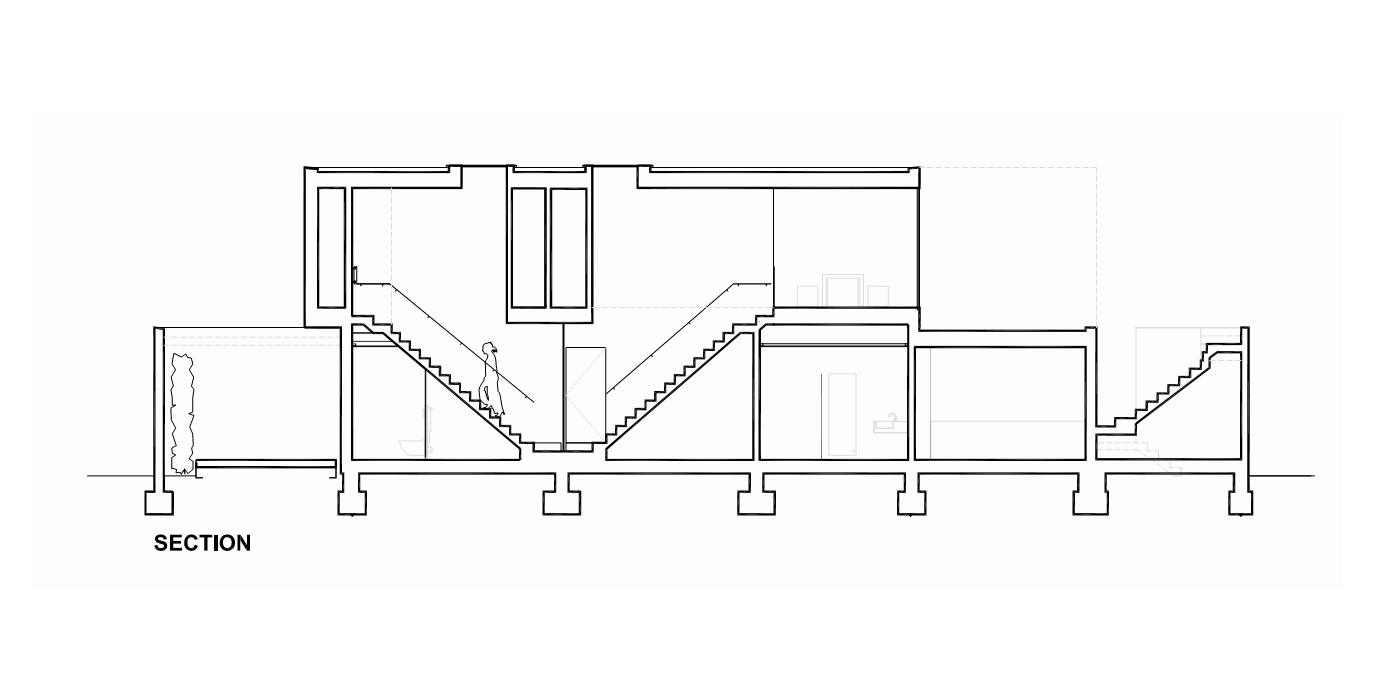