September 14, 2014 · by dusan najdanovic · in MINIMALIST architecture, mixed use 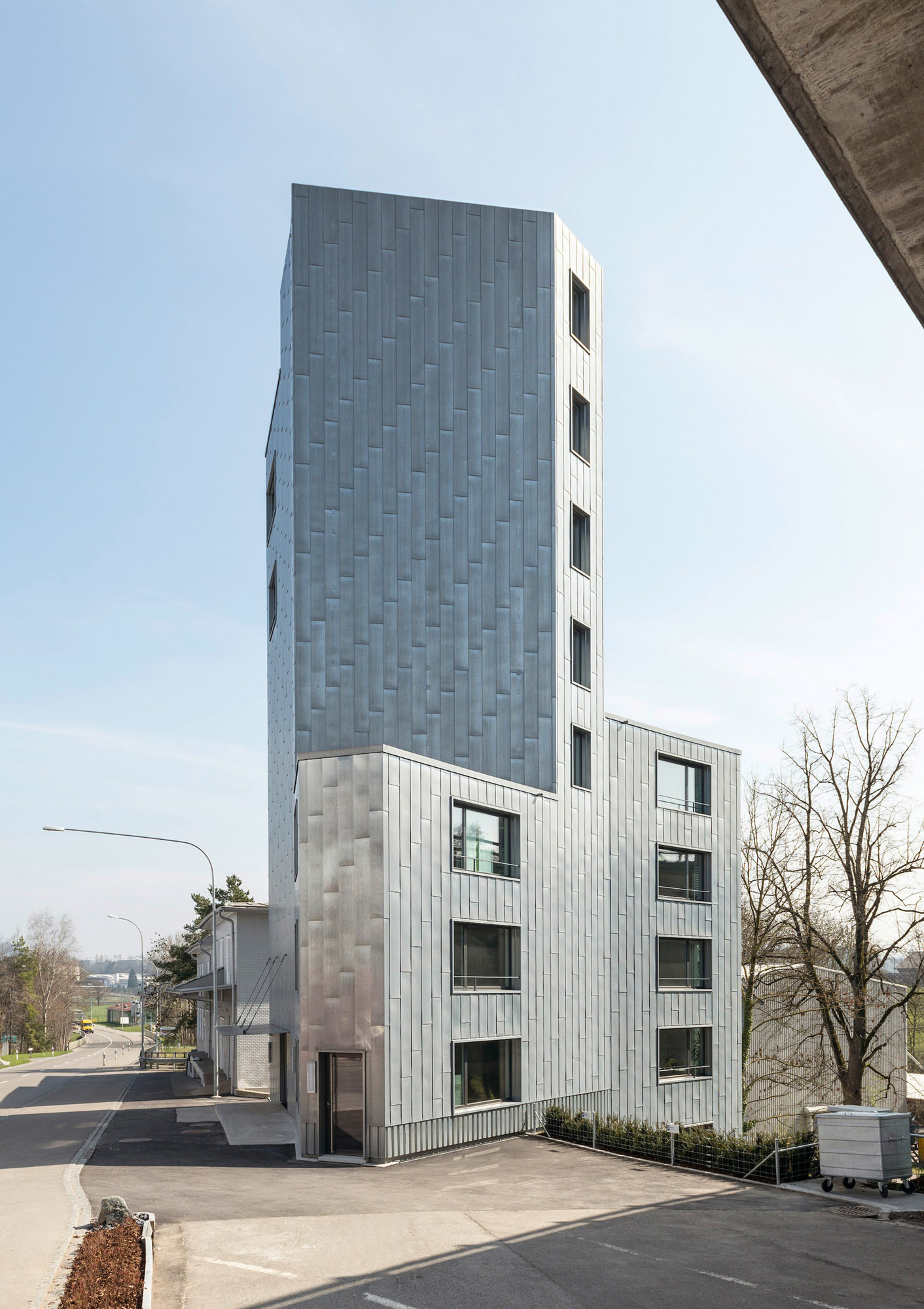 The project Alternate New Development ‘Freudenau Mill’ is located on the former industrial area of the Eberle Mills in Wil (in the canton of St. Gallen), which were shut down in 2005. Due to a recent reallocation of the formerly industrial areal to the residential and commercial building zone, the alternate new development Freudenau Mill is an initial project to be followed by further conversions in the years to come. 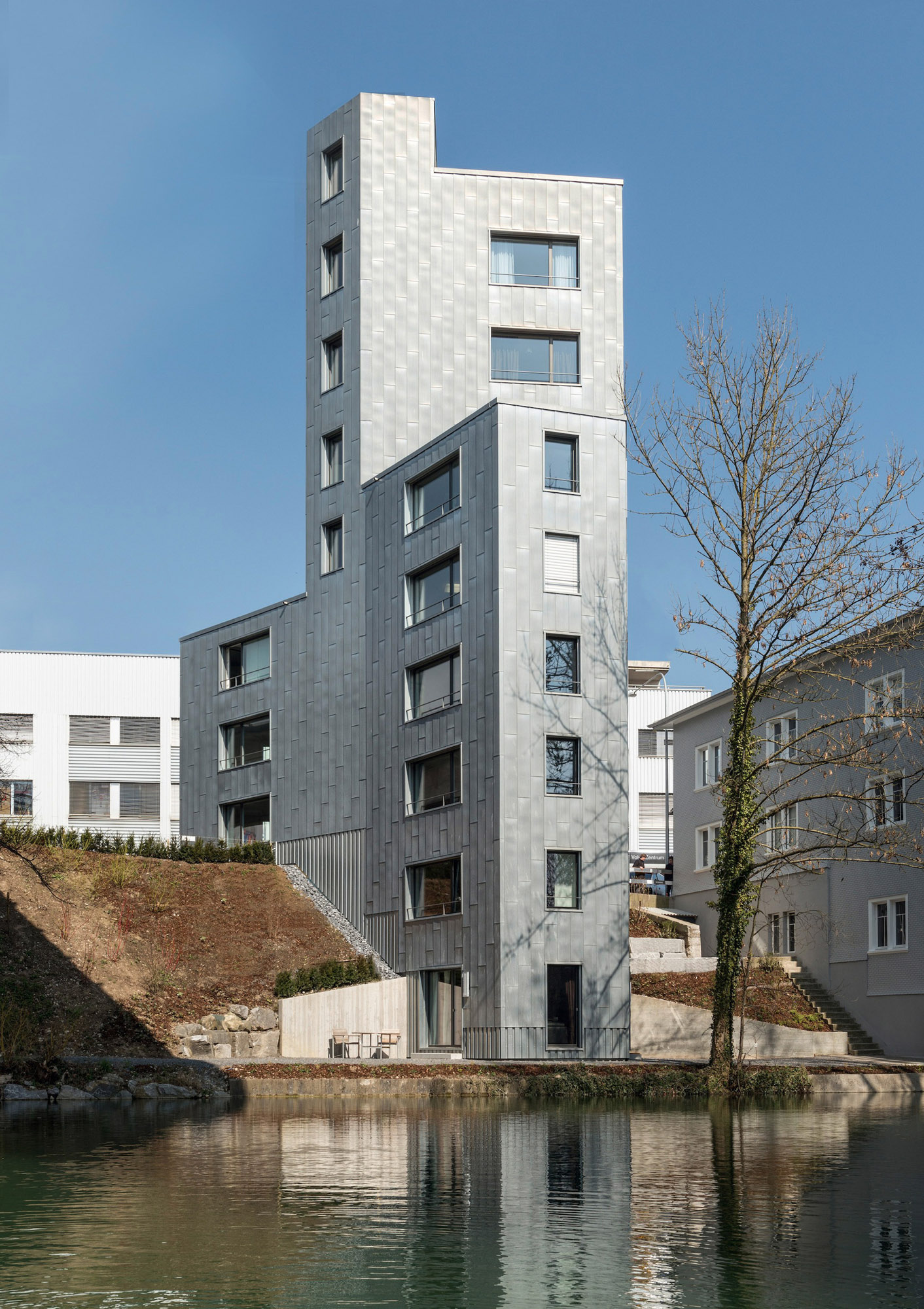 view at the building from Mühleweiher pond 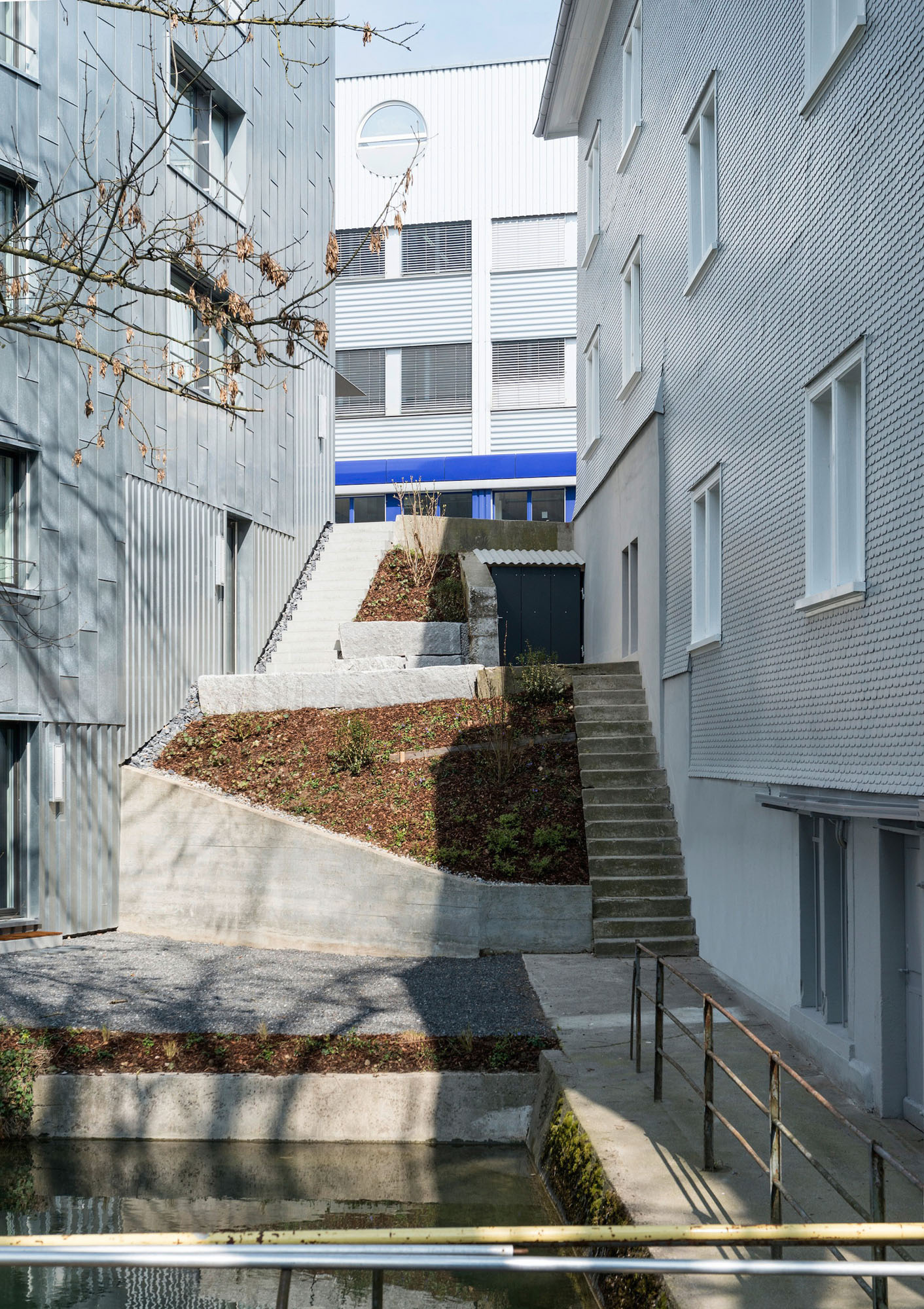 Embracing an industrial architectural language with its pragmatic expression and disregarding the context to a great extent, the former silo tower has been replaced by a highly plastic volume. This newly built volume celebrates the context and generates specific exterior spaces in the area between the Mühleweiher pond, Falwilerstrasse and Georg Rennerstrasse, merging the structures with the location and at the same time reinforcing it. The building is characterised by three annexes arranged stepwise in height. 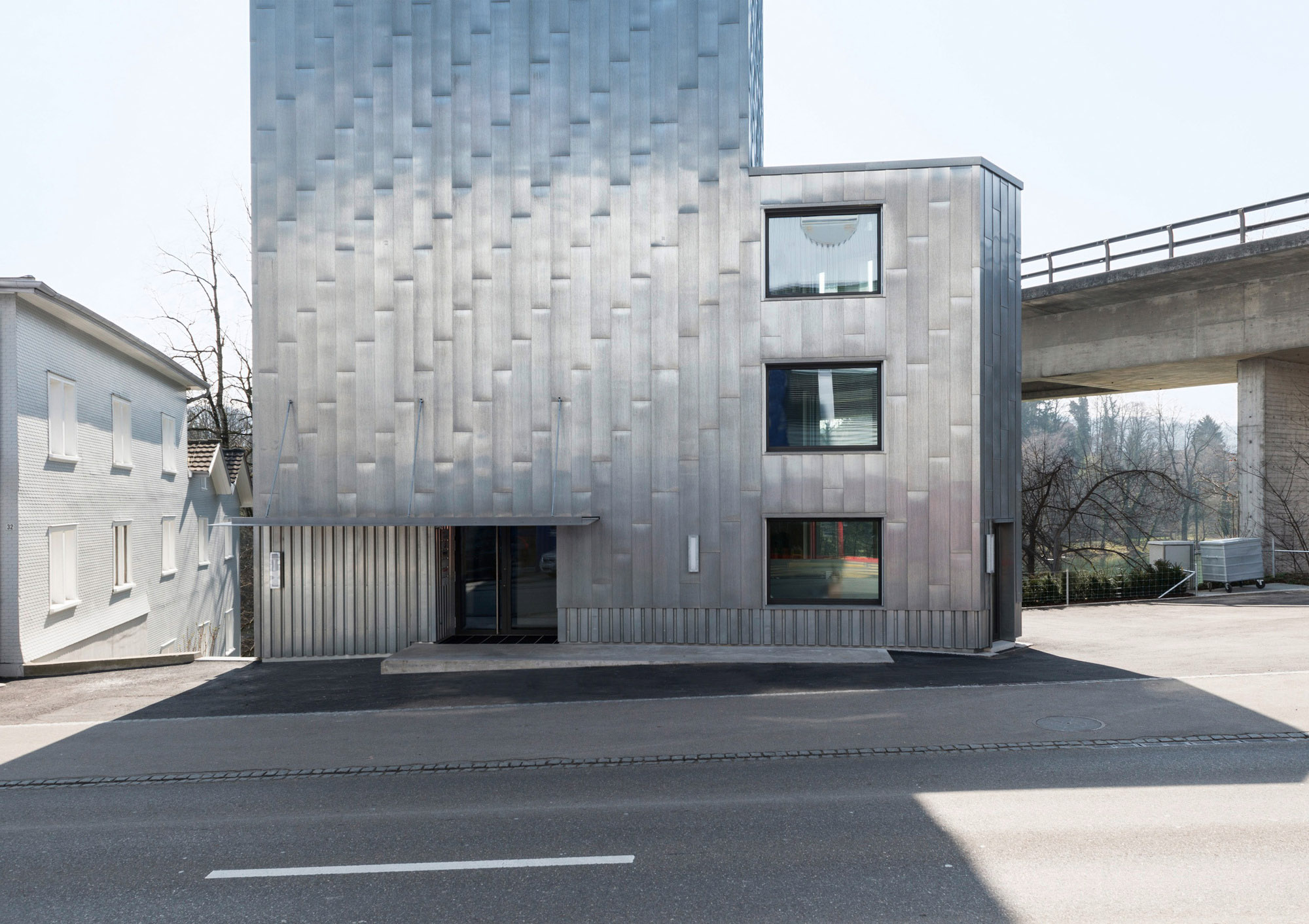 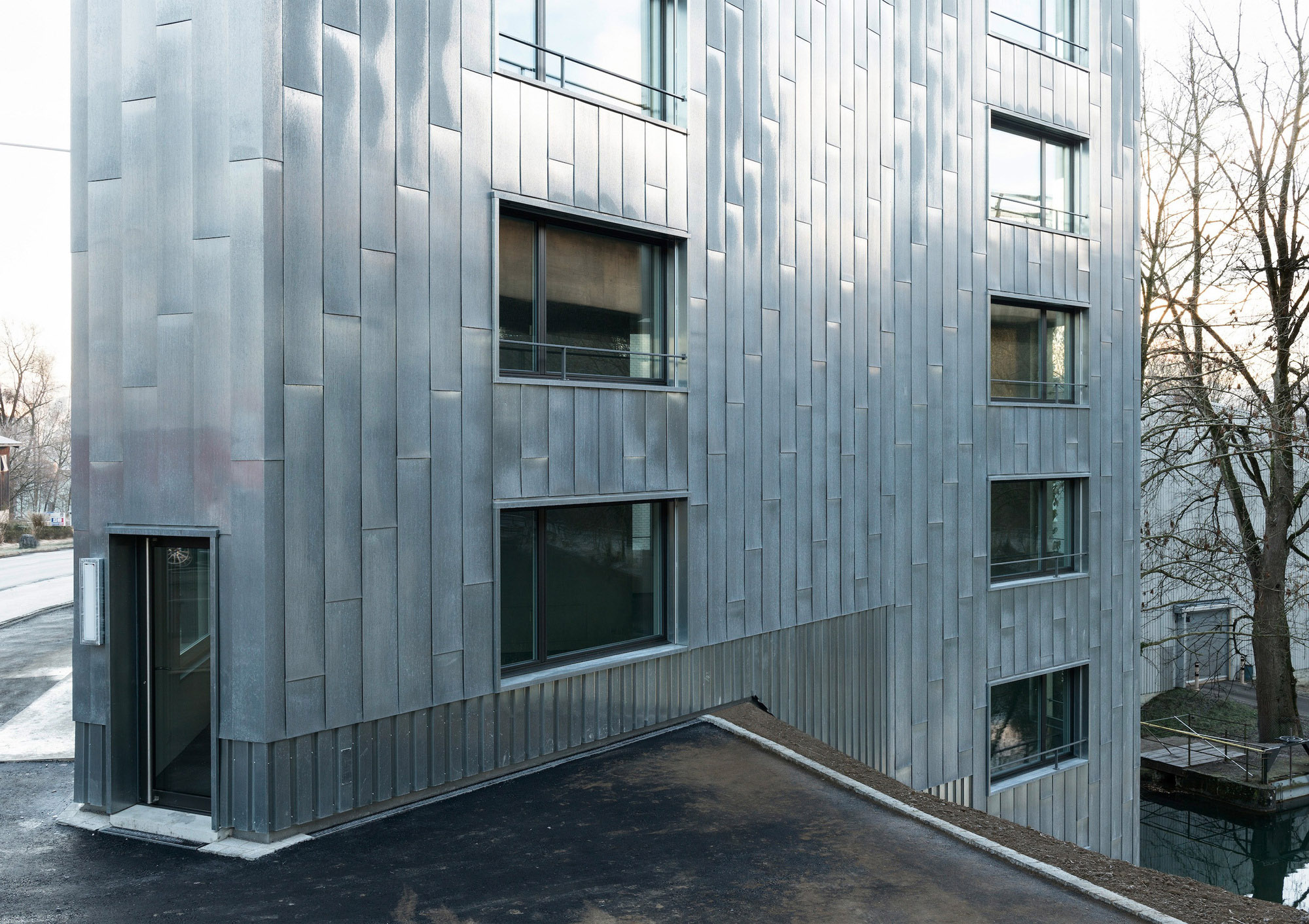 The three-level volume facing the Flawilerstrasse establishes a relation to the neighbouring terraced houses. The porch towards the pond forms a counter-movement to the topography, thus building up subtle tension against the water. The final displacement is realised by the patio of the apartment, expressing the height of the building. In this height the structure radiates out into the expansiveness of the landscape. The building volume reacts to the different height levels of the surrounding influences (pond, street, viaduct, landscape) at the same time as it appears as a powerful structure. 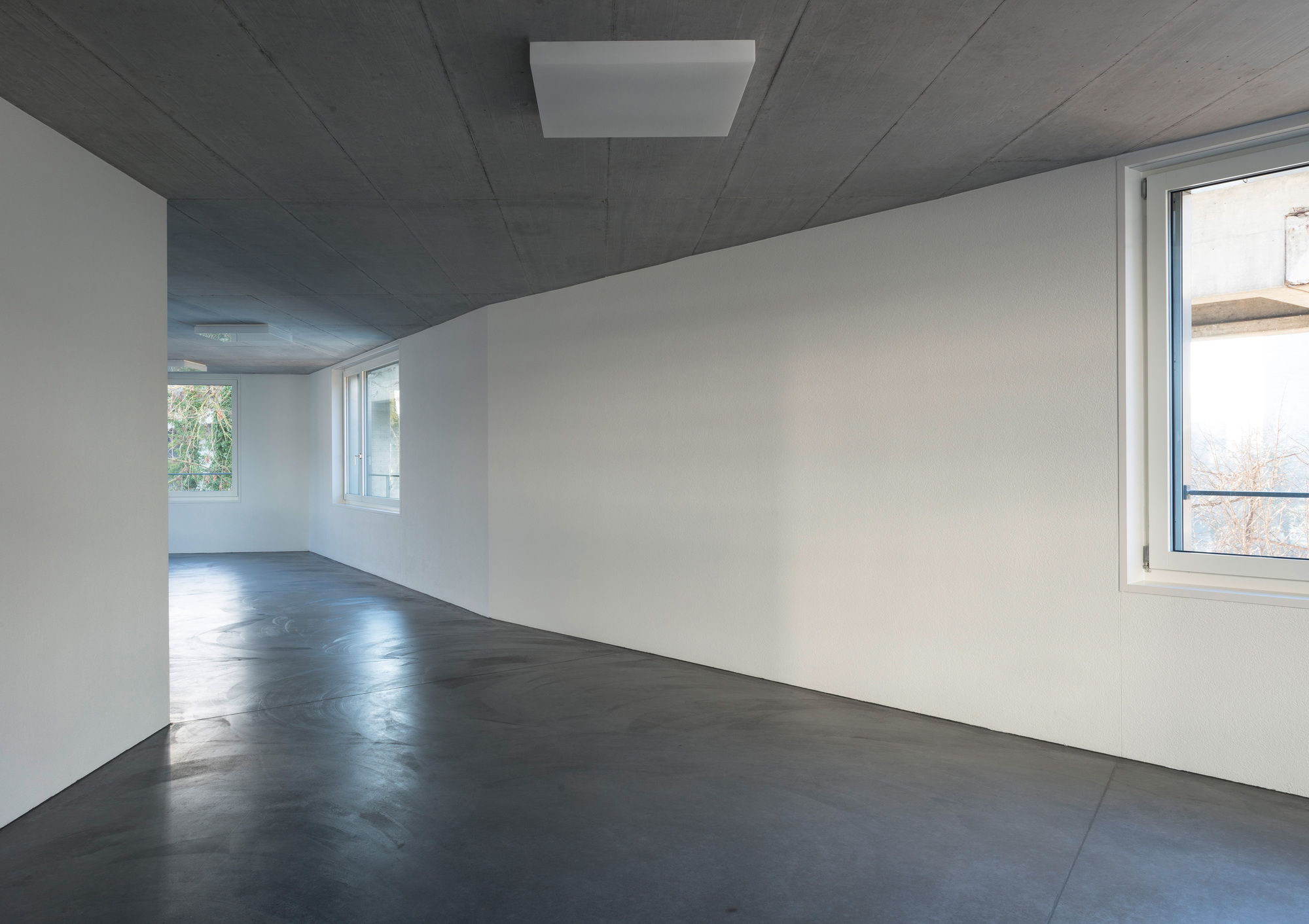 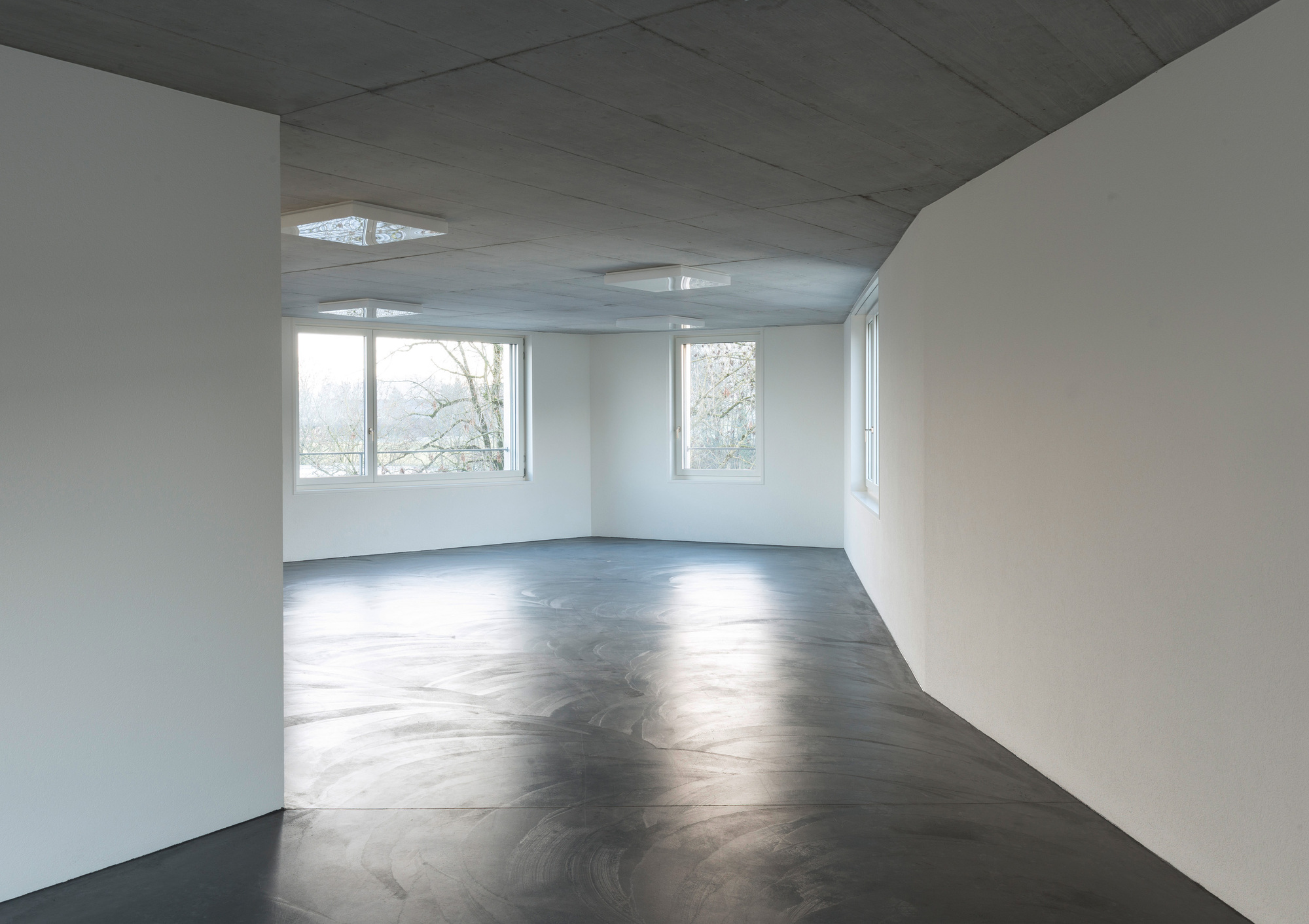 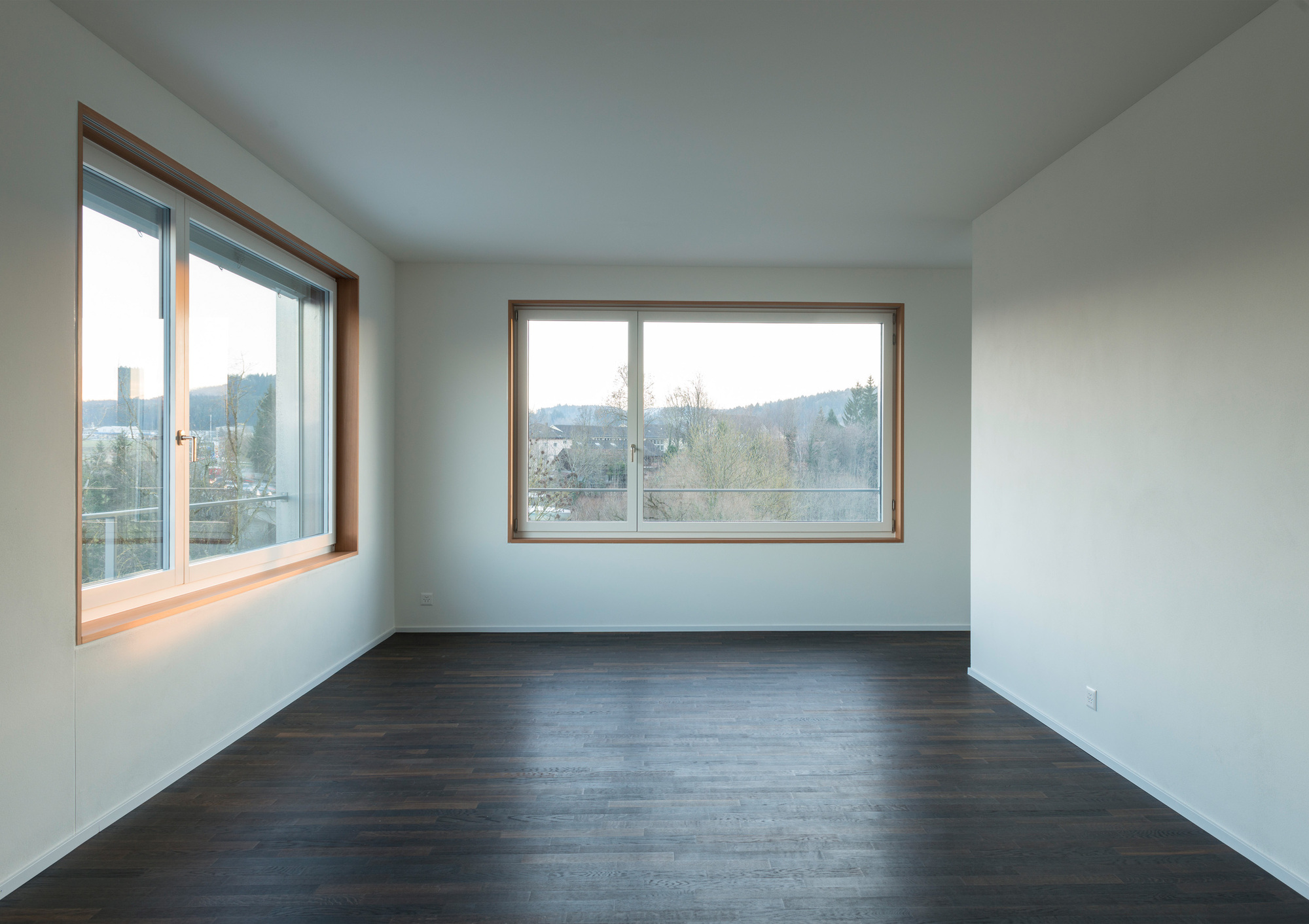 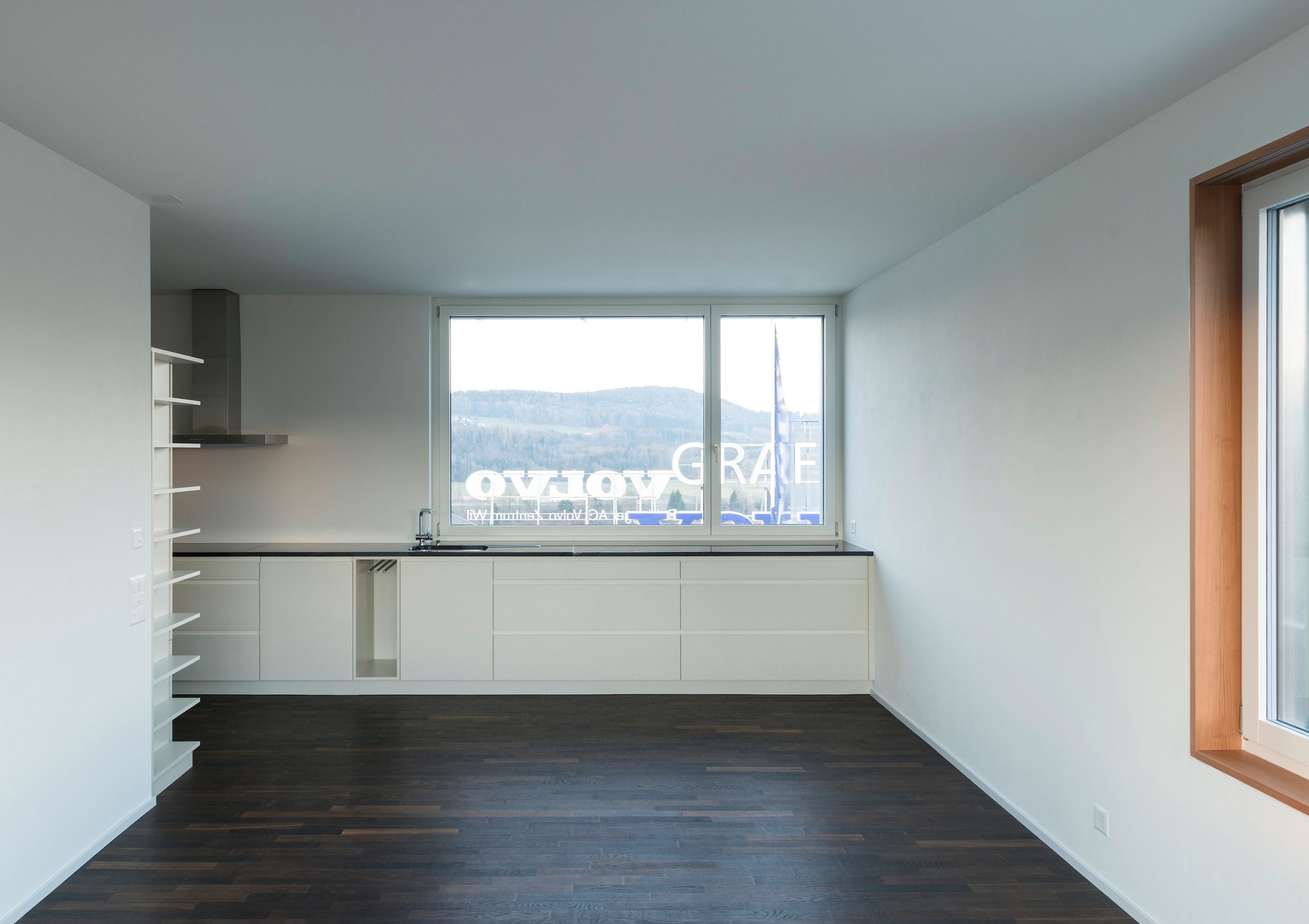 The alternate new development contains two ateliers in the area close to the Mühleweiher pond, four office and commercial storeys, and an apartment developing over four levels on top. Access is divided in an office staircase and an internal apartment staircase. Towards the outside the staircases present themselves as closed surfaces reminiscent of the closed structures often seen in industrial architecture. 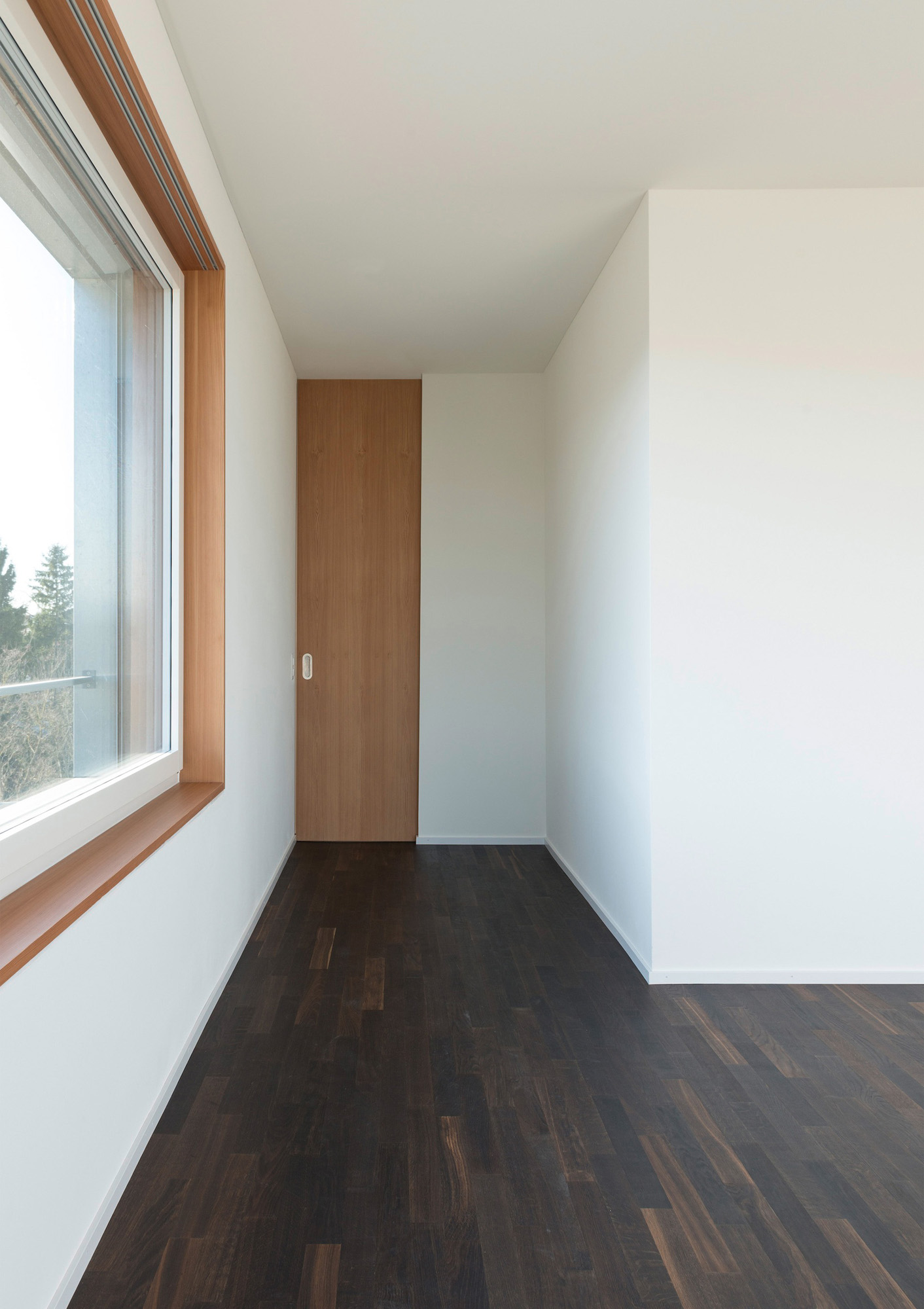 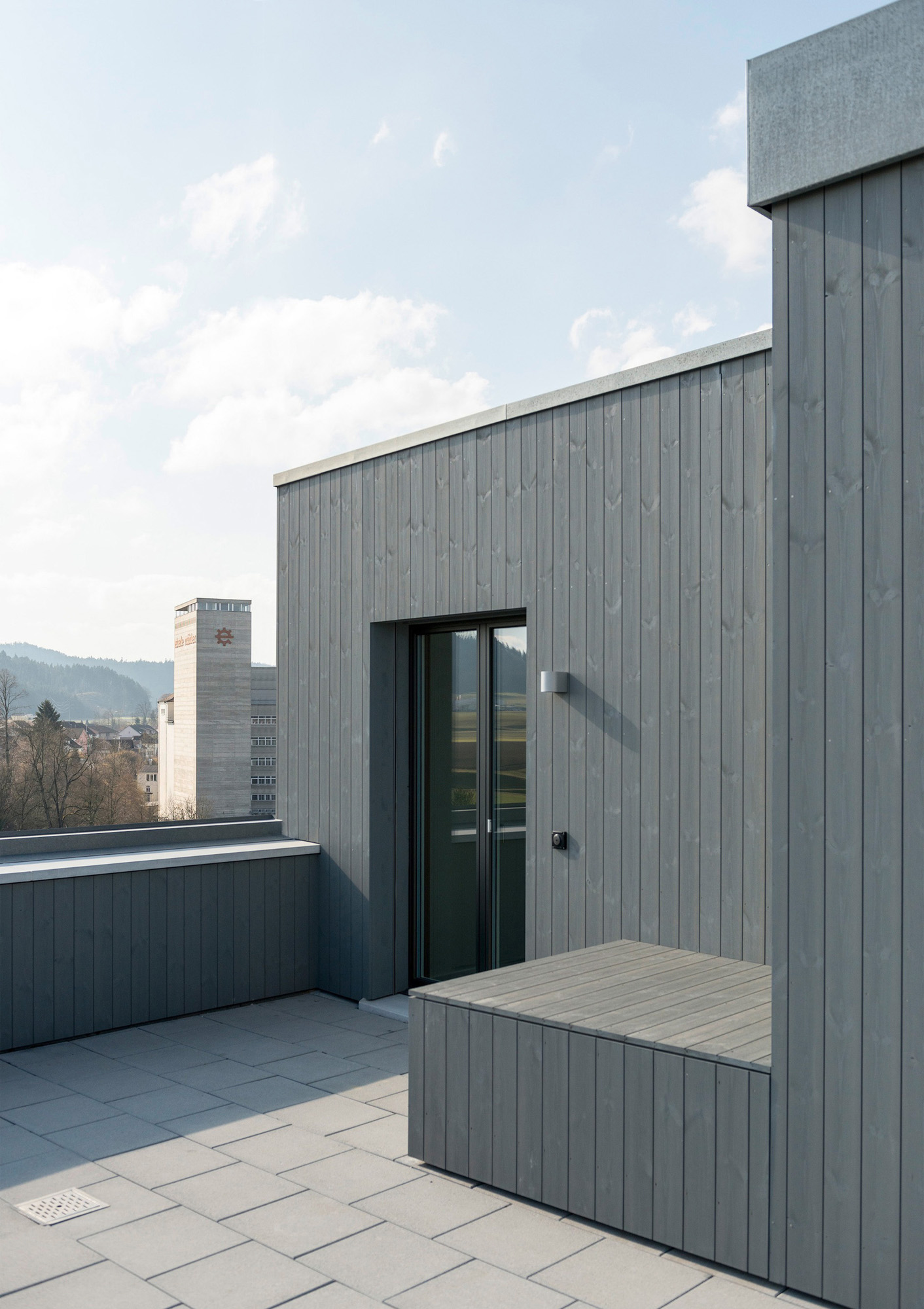 Consisting of large format titanium zinc shingles the facade echoes the surrounding industrial buildings made of fibrated concrete shingles and corrugated steel profiles. The facade forms a kind of armour protecting the building against the powerful environmental influences present on location. 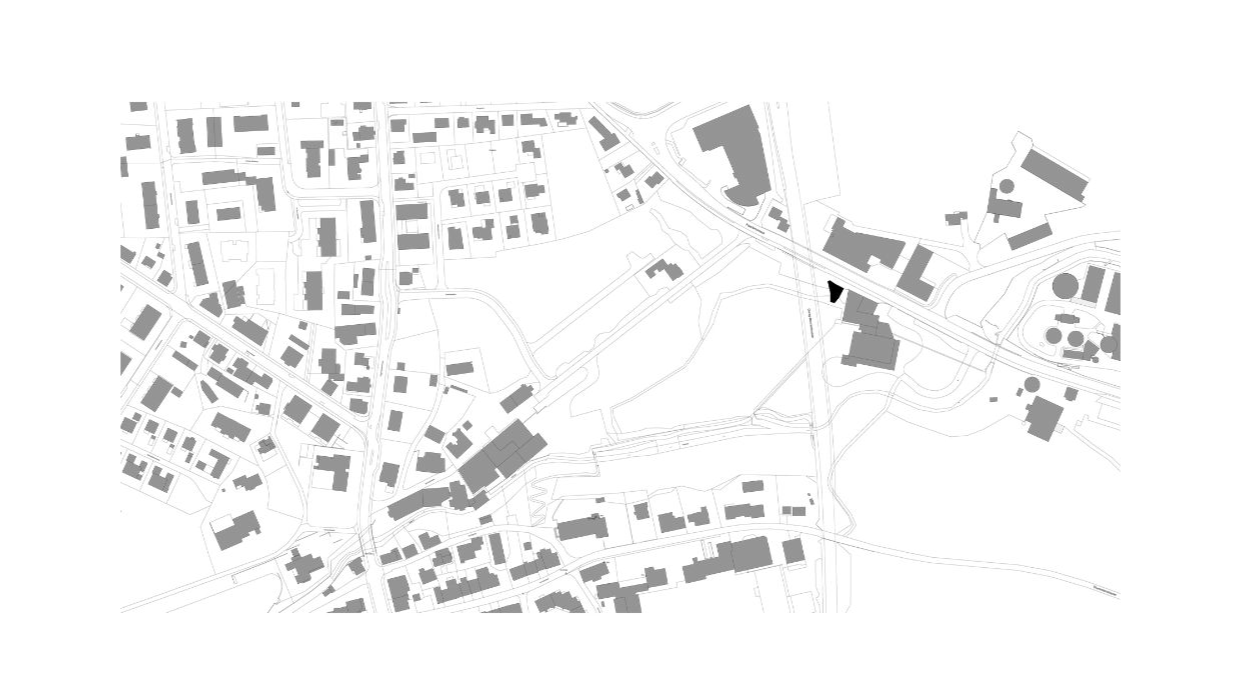 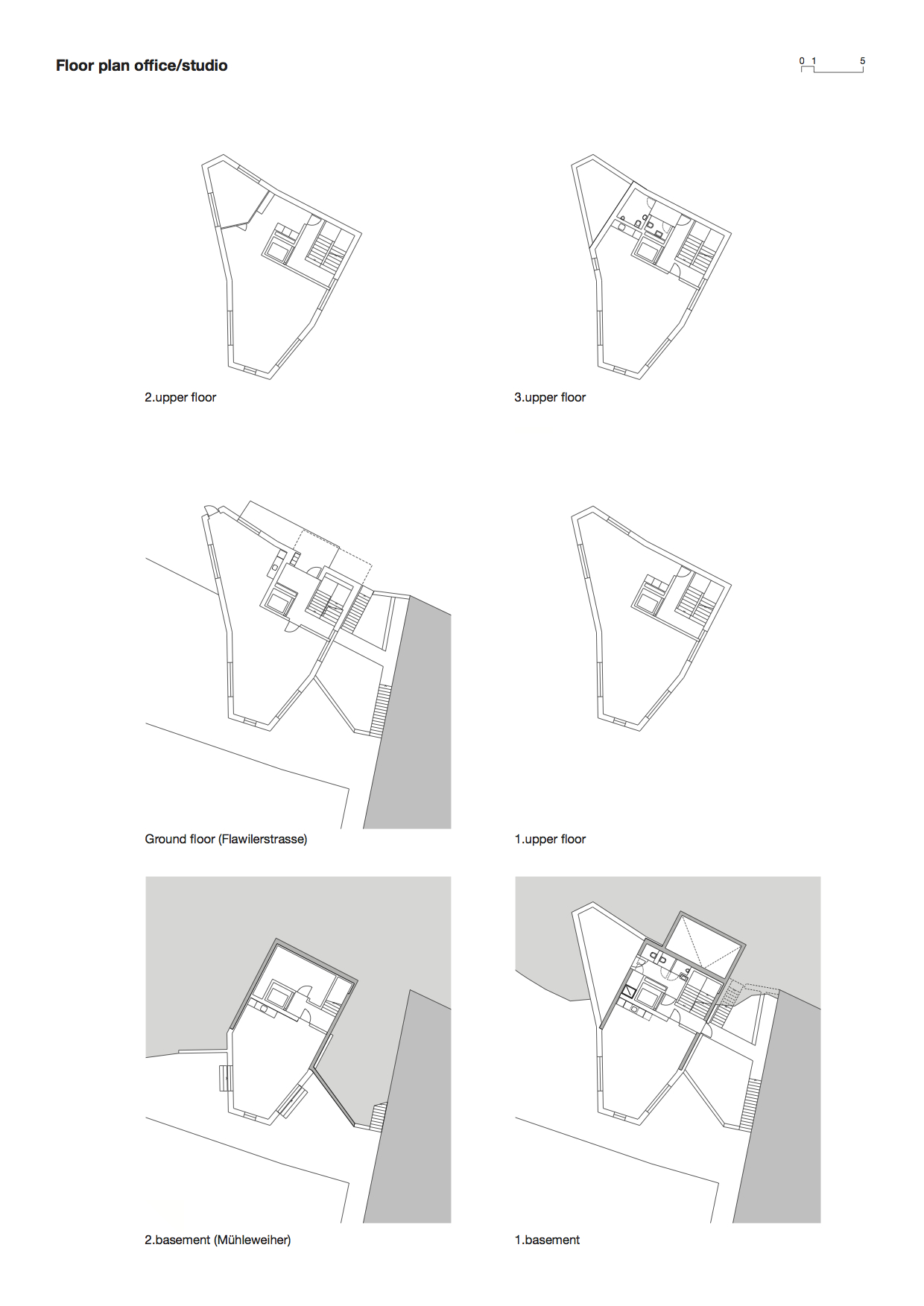 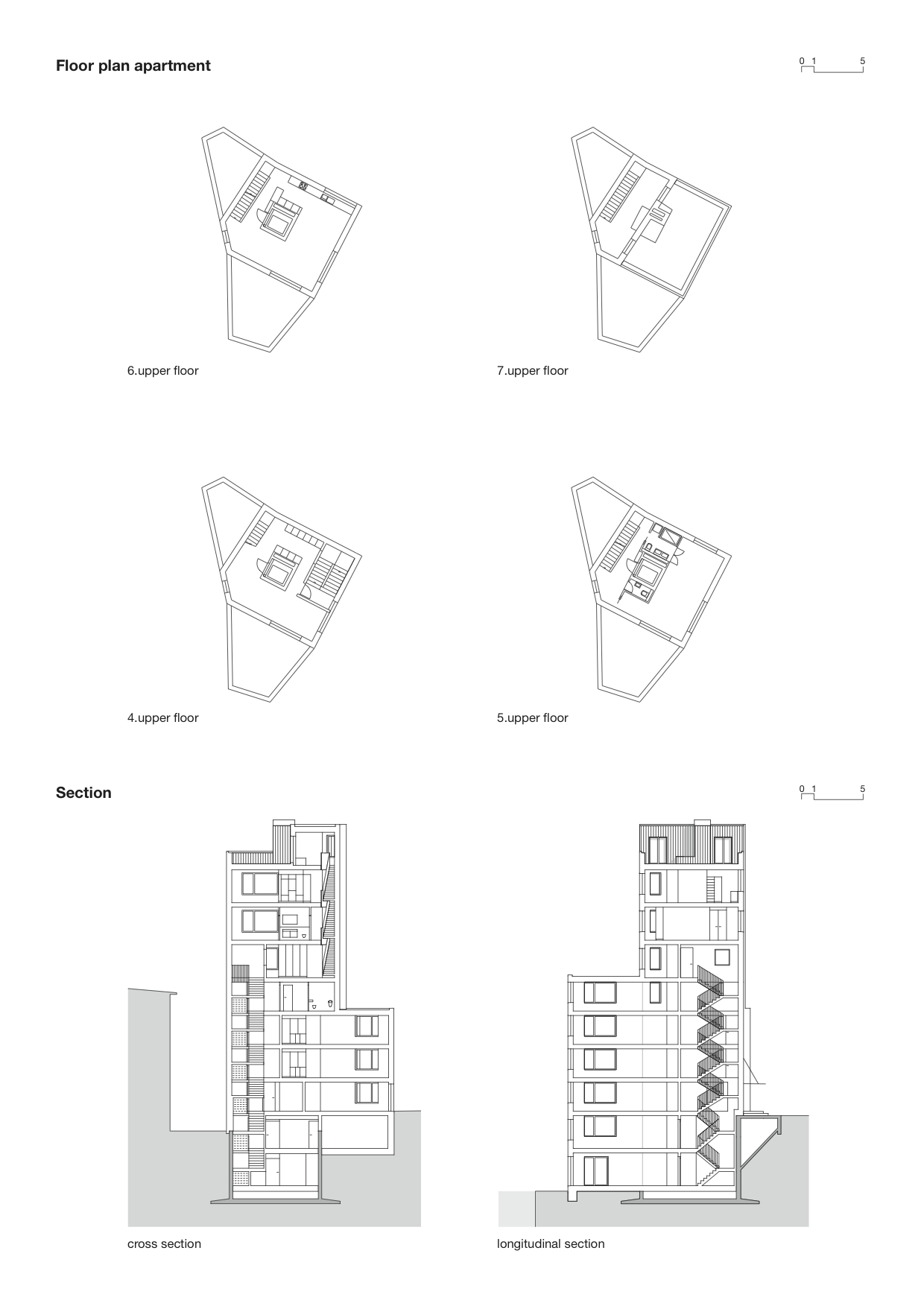 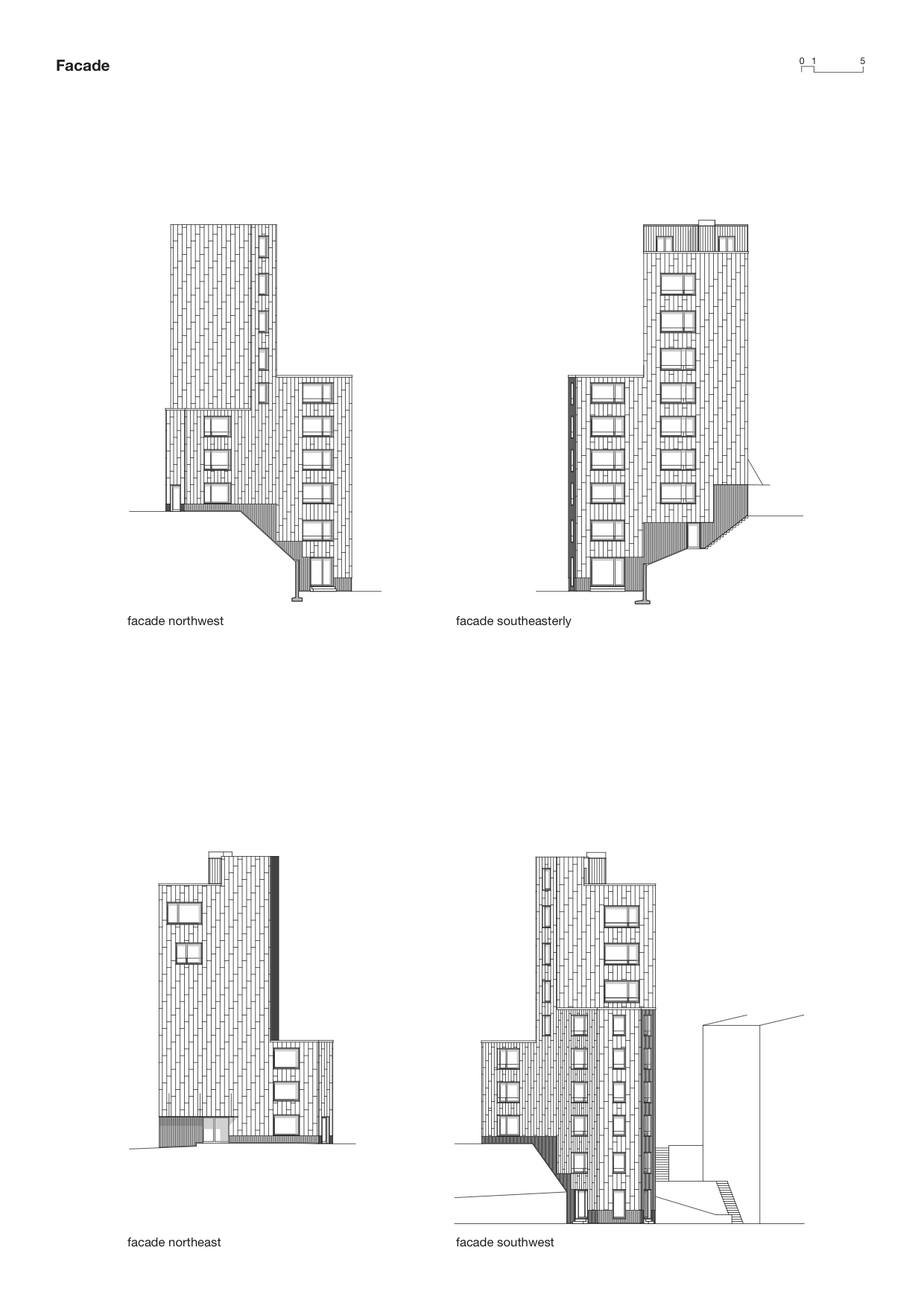