Everybody finds somebody someplace. | TKDaaa 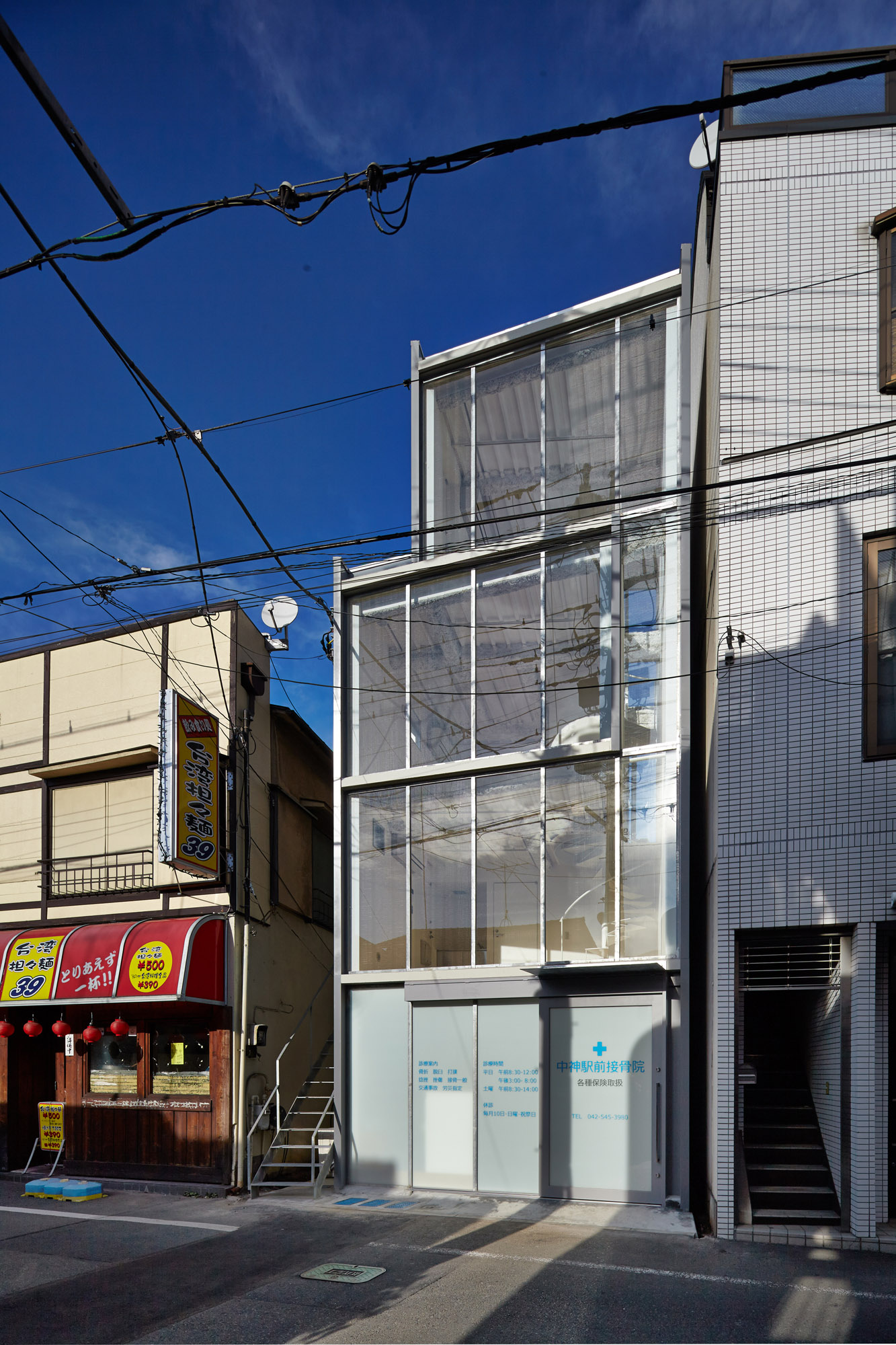 Overview of the site

Many buildings stand side by side in the shopping district near the train station. There were many partitioned tenement-houses in this area, but currently rebuilding has been proceeding. There is a platform of the conventional lines on the north side of the site. And there is a municipal road that is parallel to the line on the south side of the site. This is a narrow site is surrounded by buildings which was built to site boundary close, on the east and west side. We designed the building in this narrow site. 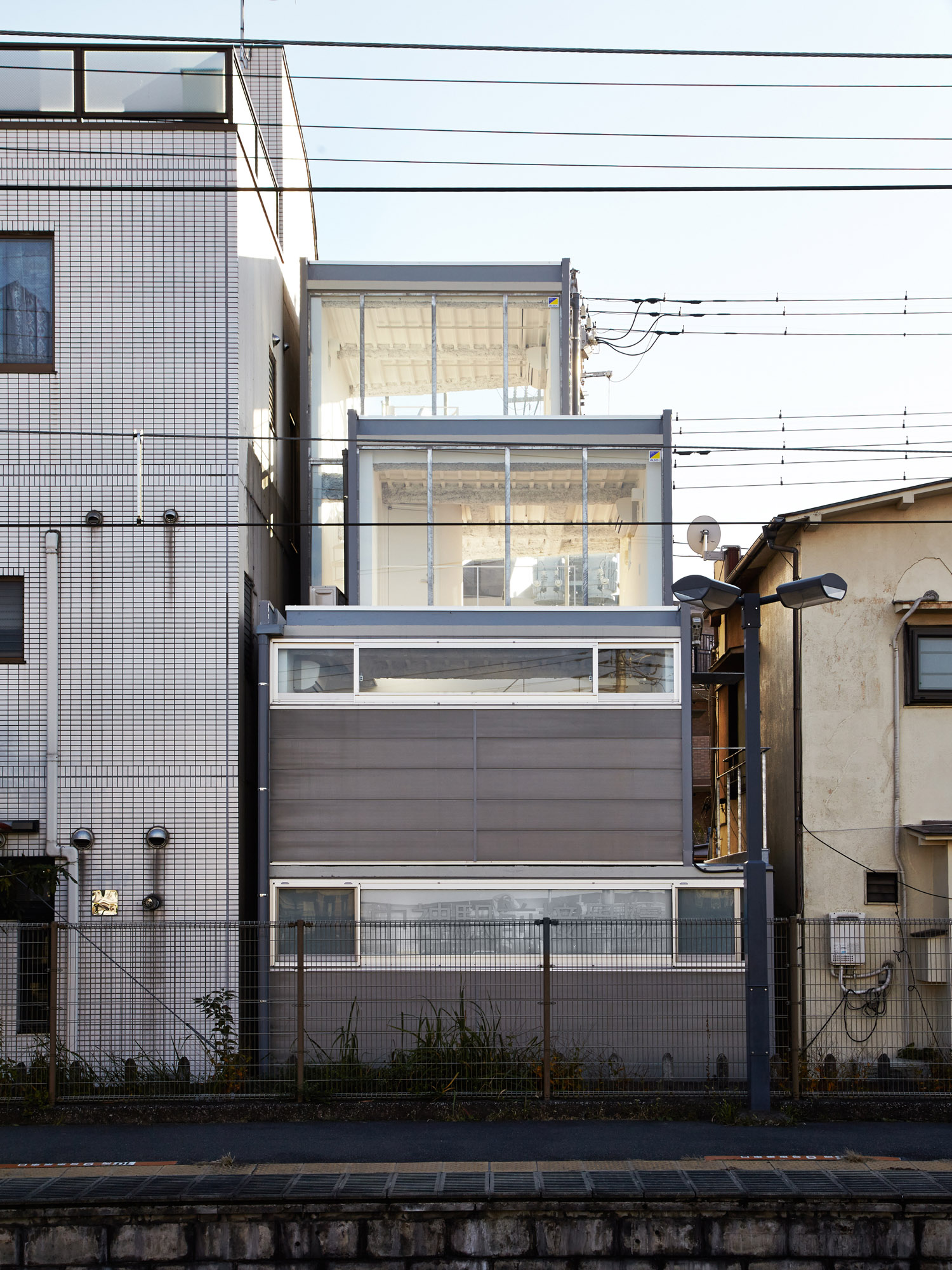 Behavior of the architecture

The floor area of the building is small, and so we came up with various ideas to make it more spacious than actual area. The closed space, it is necessary to actively open to the outside in order to obtain an extension. We have planned to go through the line of sight towards the upward in a positive manner, because the north and south direction has a void on the upper side. The activities inside the building are opened to the road on the south side, and it will be integrated with the landscape of the region. By placing the terrace on the third and fourth floors, we have planned to get a sense of openness while blocking gently to the line of sight from the station platform on the north side. You can view the sky through the building, which means we have contributed to the reduction of the oppressive feeling of the volume against the surroundings. 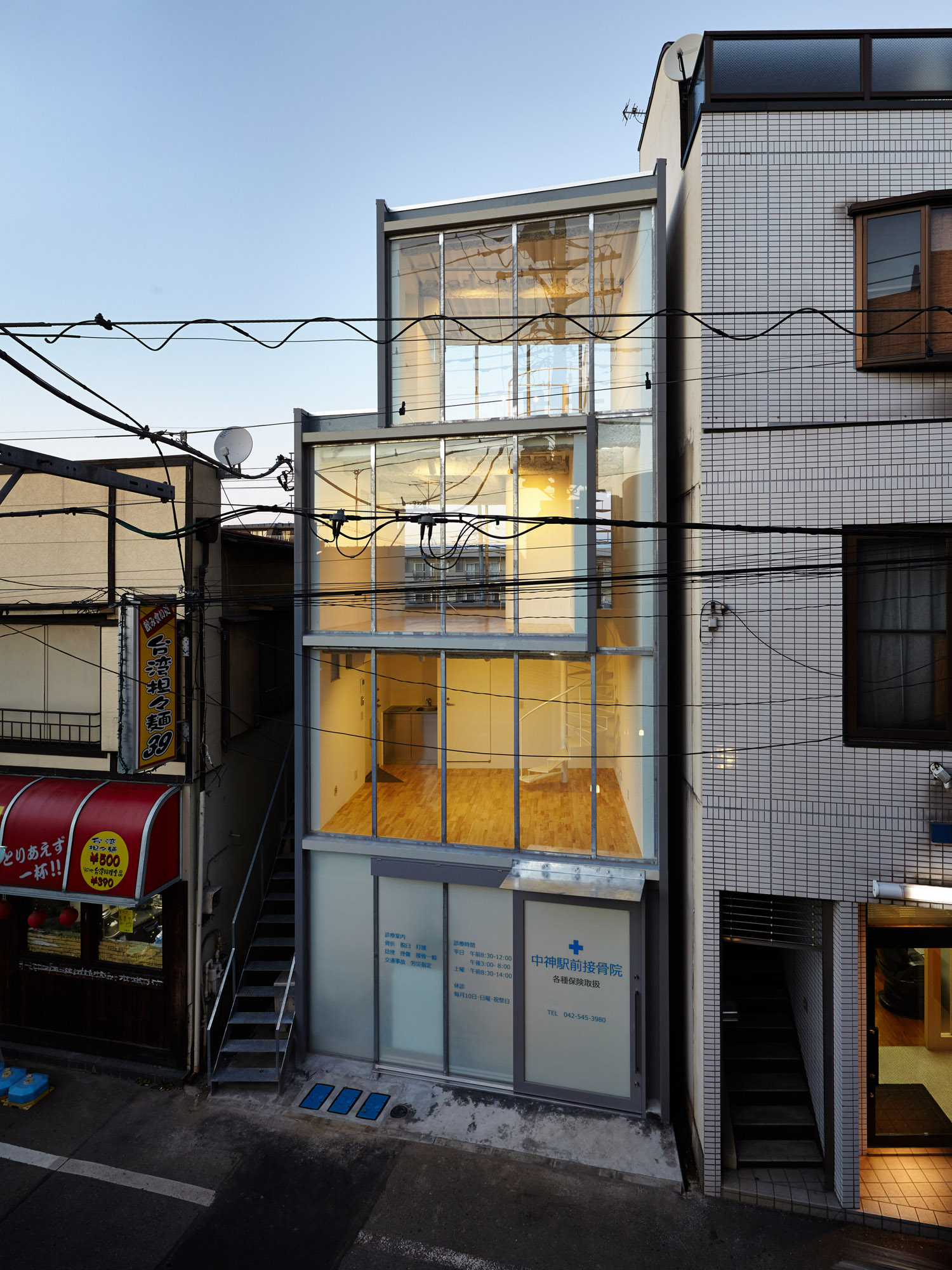 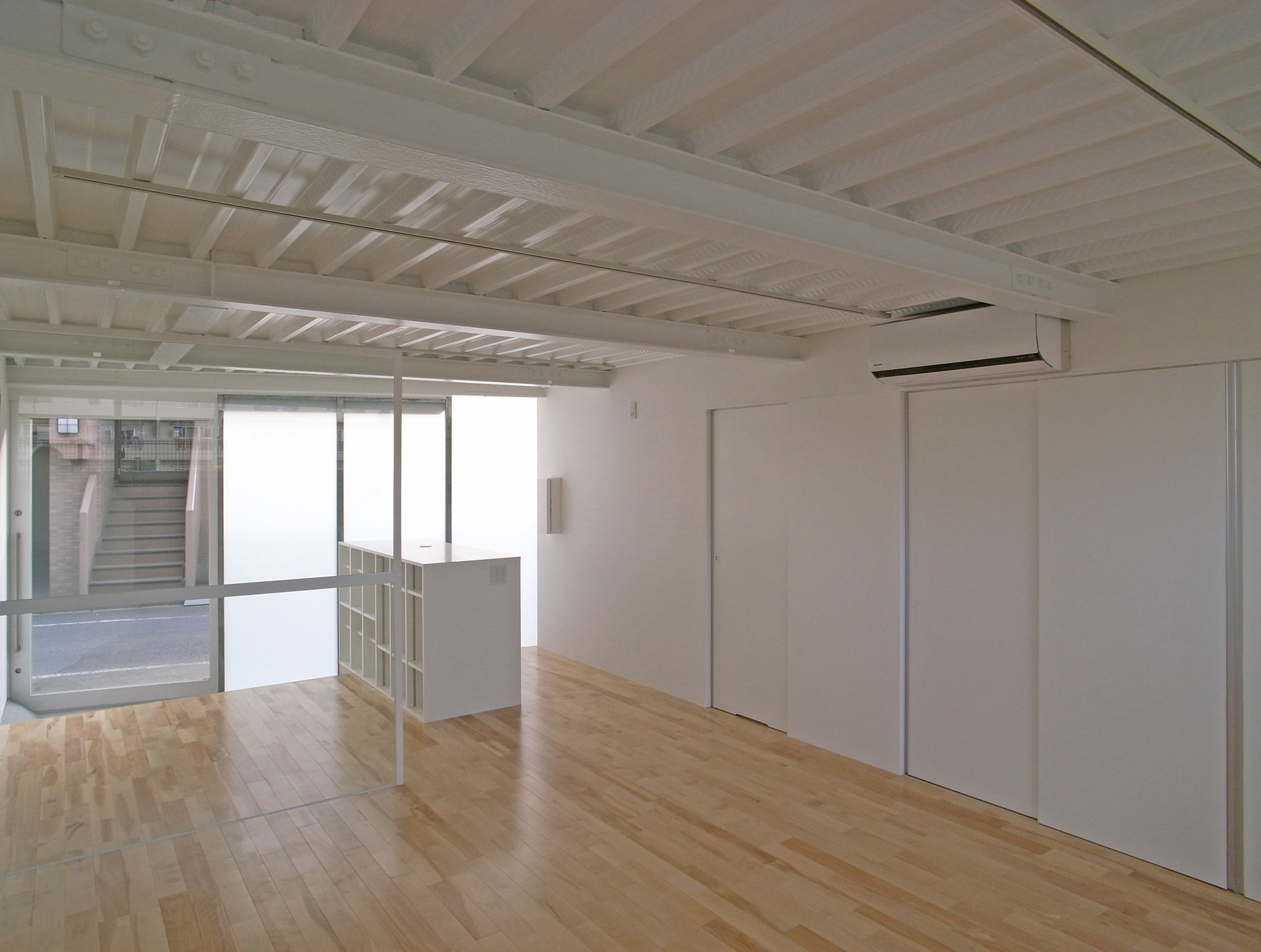 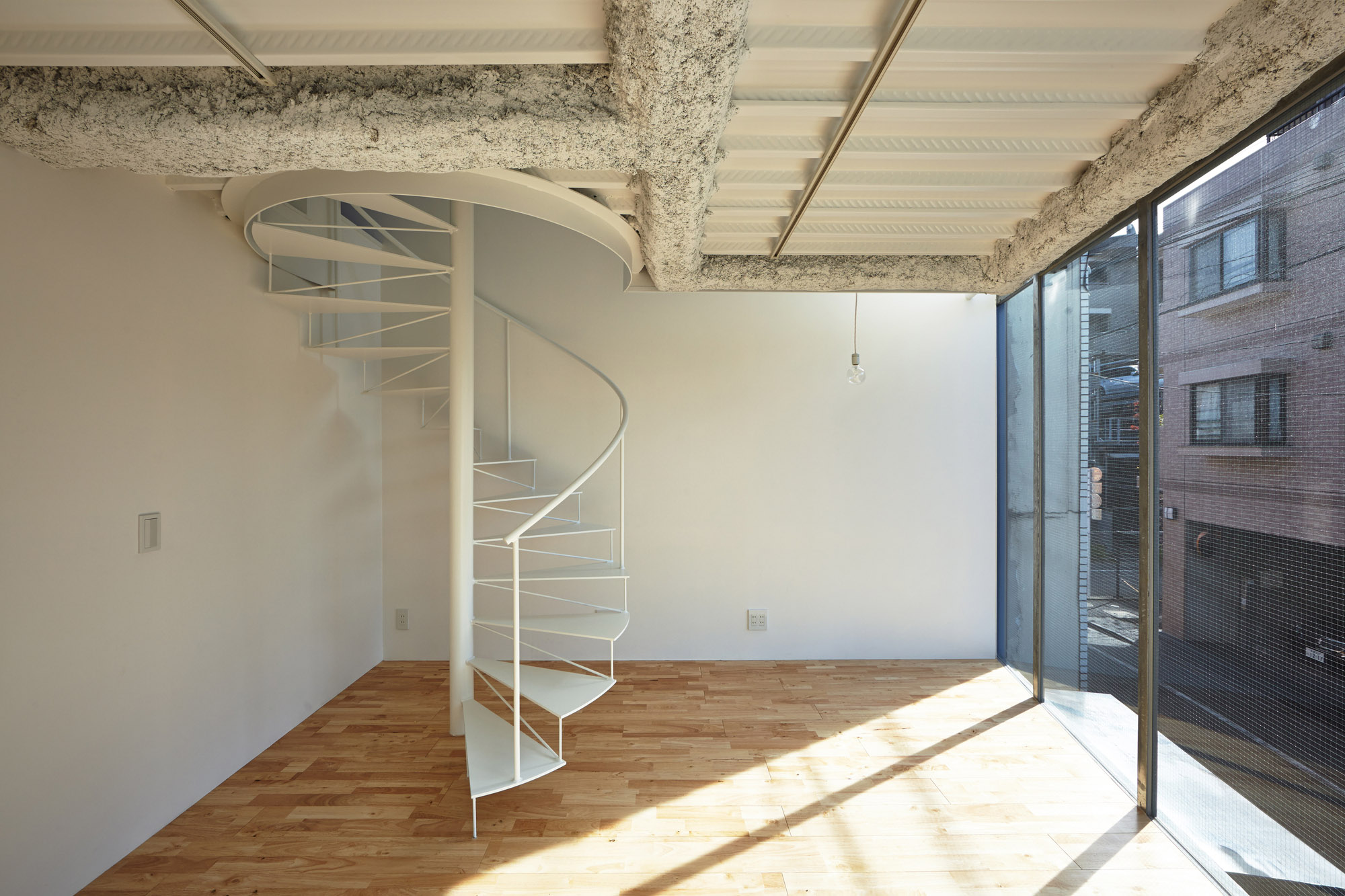 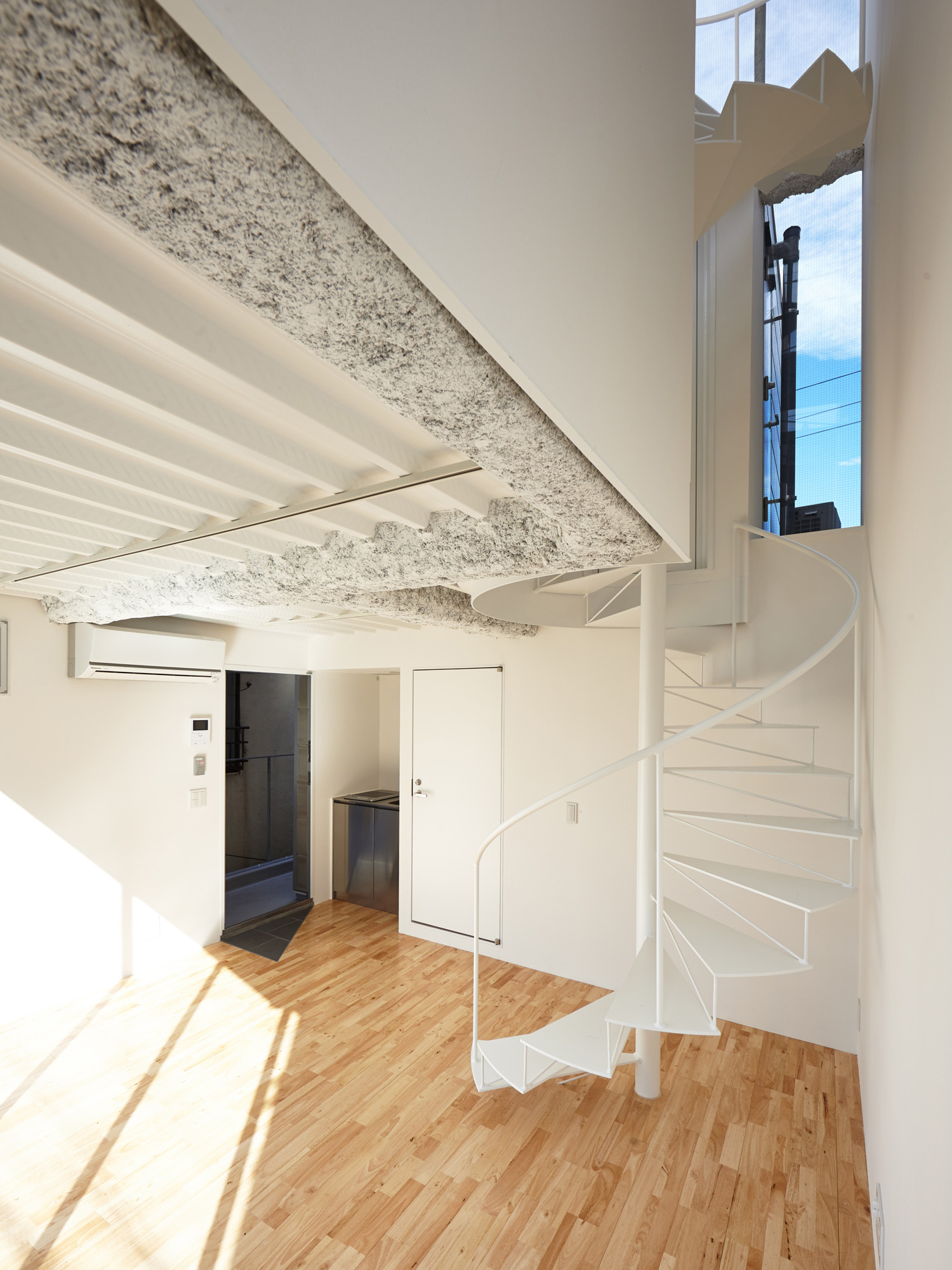 The rental office must be able to use to adjustable in response to a variety of applications.The portion of the office can be rented together or divided into two. Even if the case, the volume provides a expressive spaces because it is composed of layers floor. 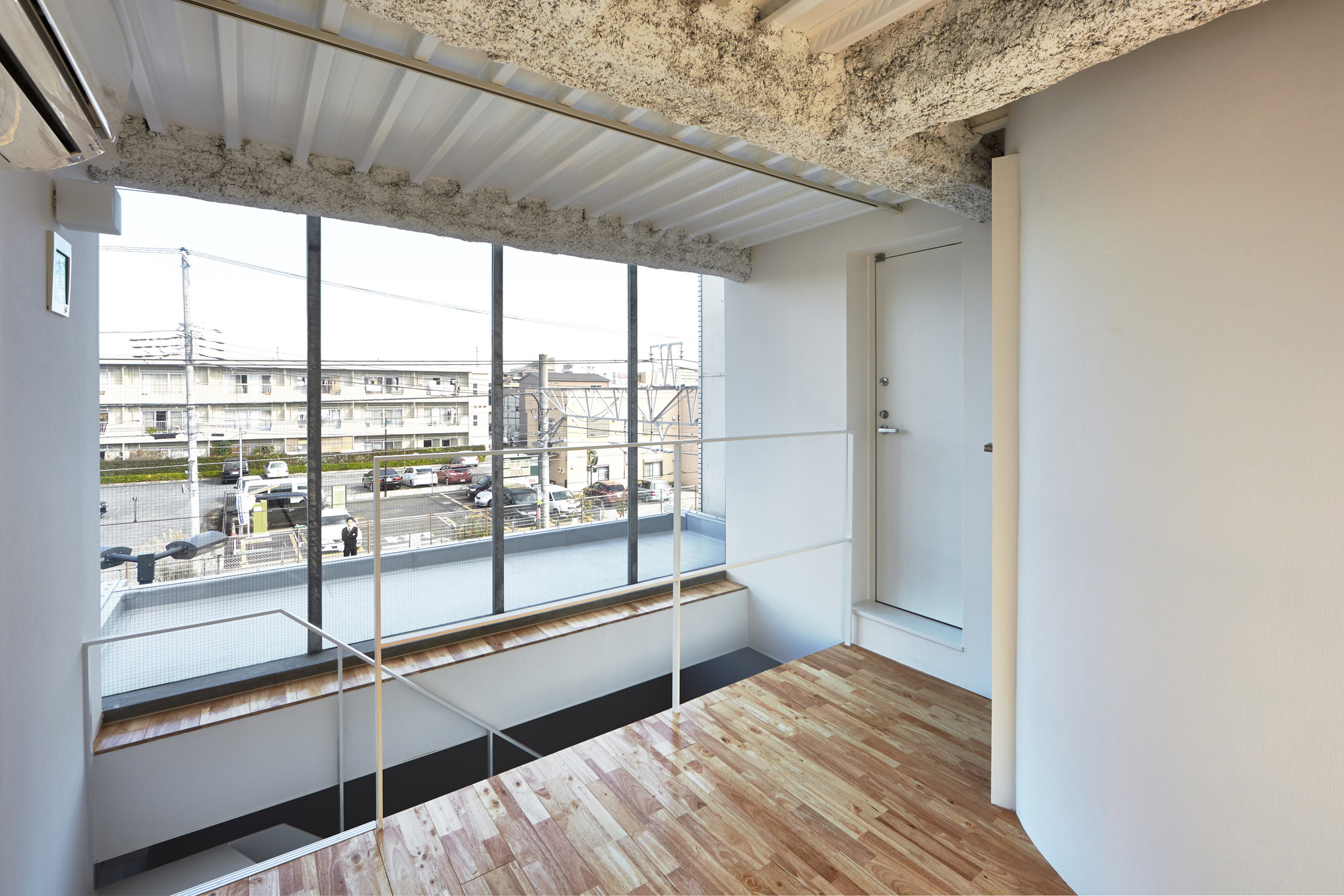 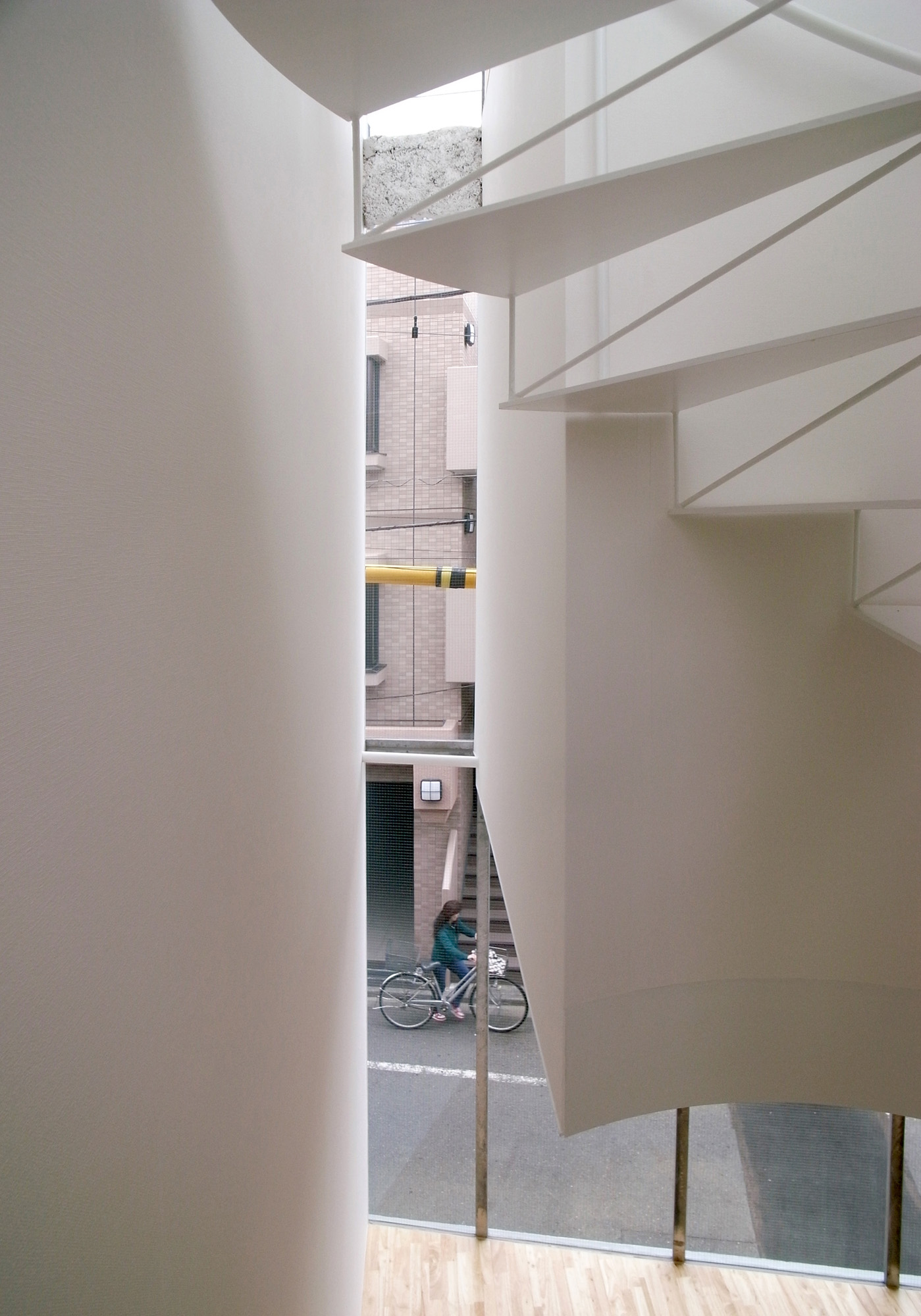 view from middle of the spiral staircase 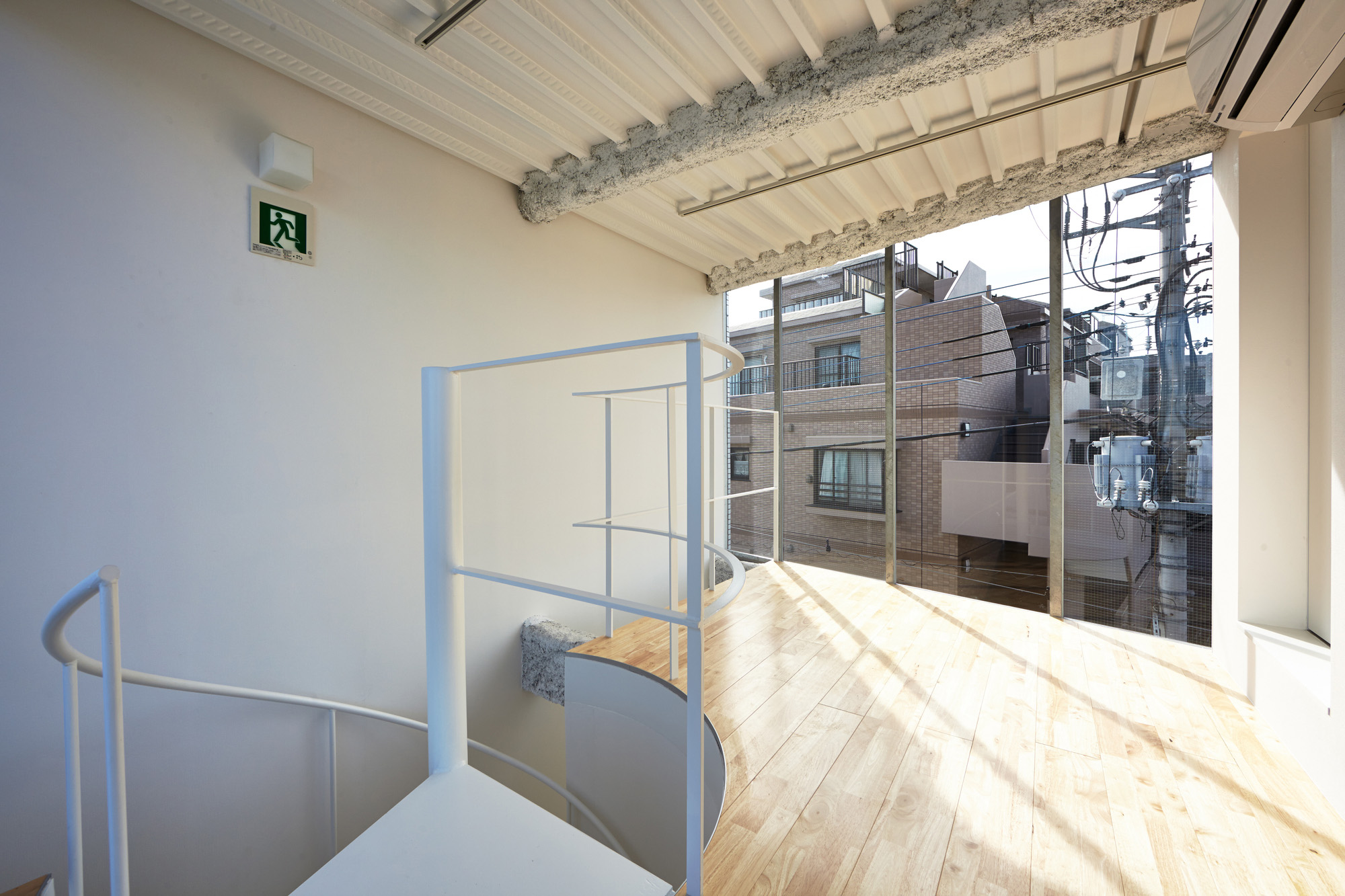 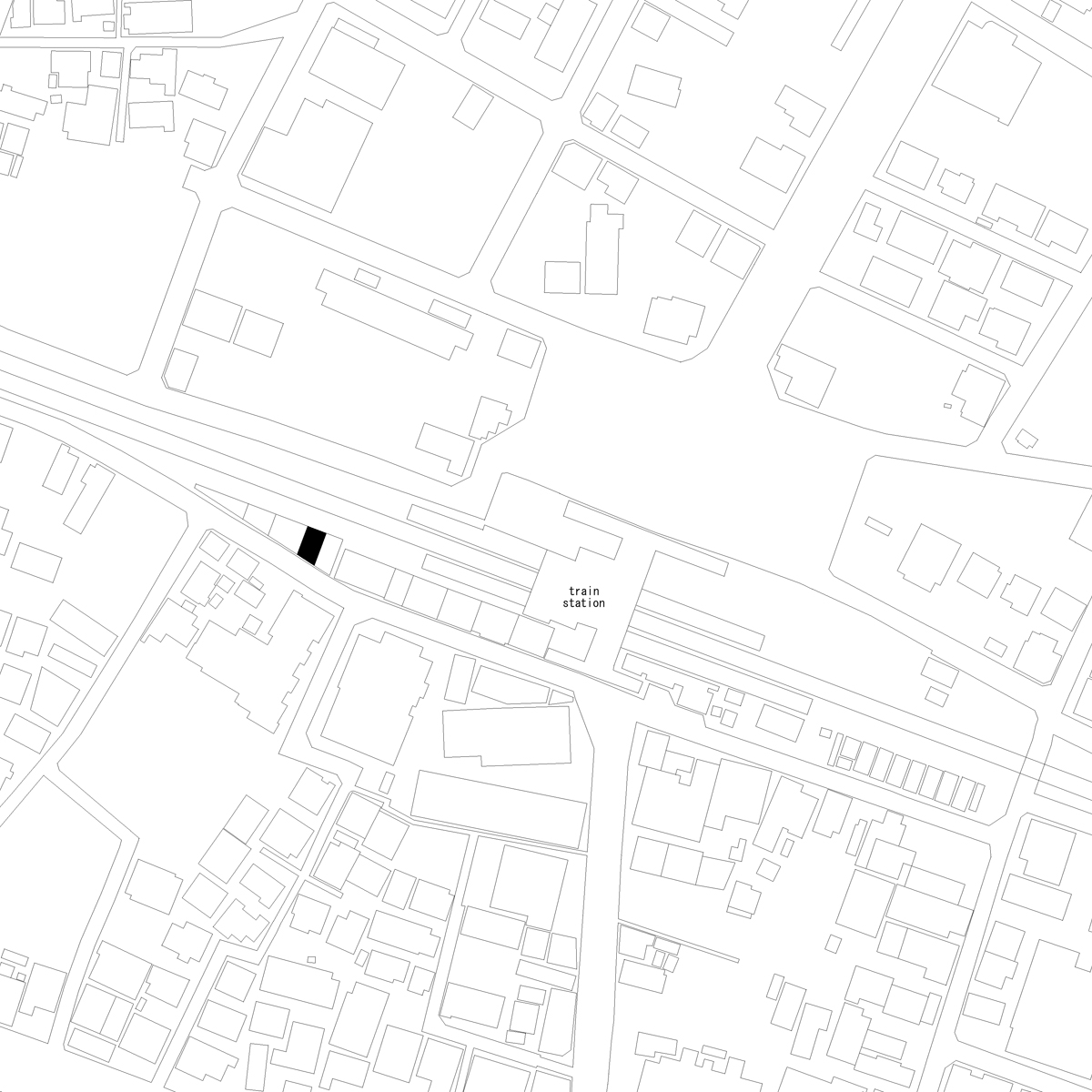 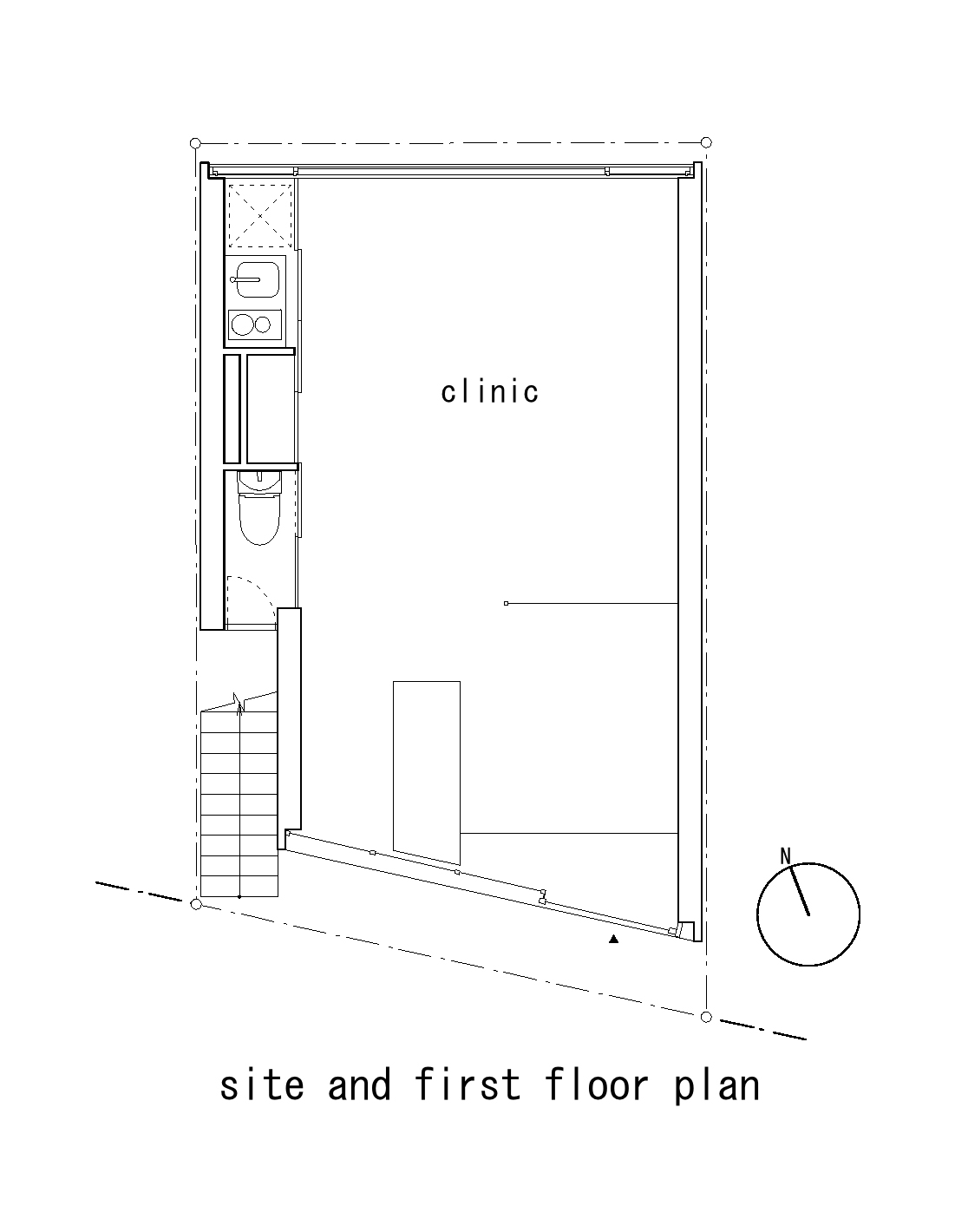 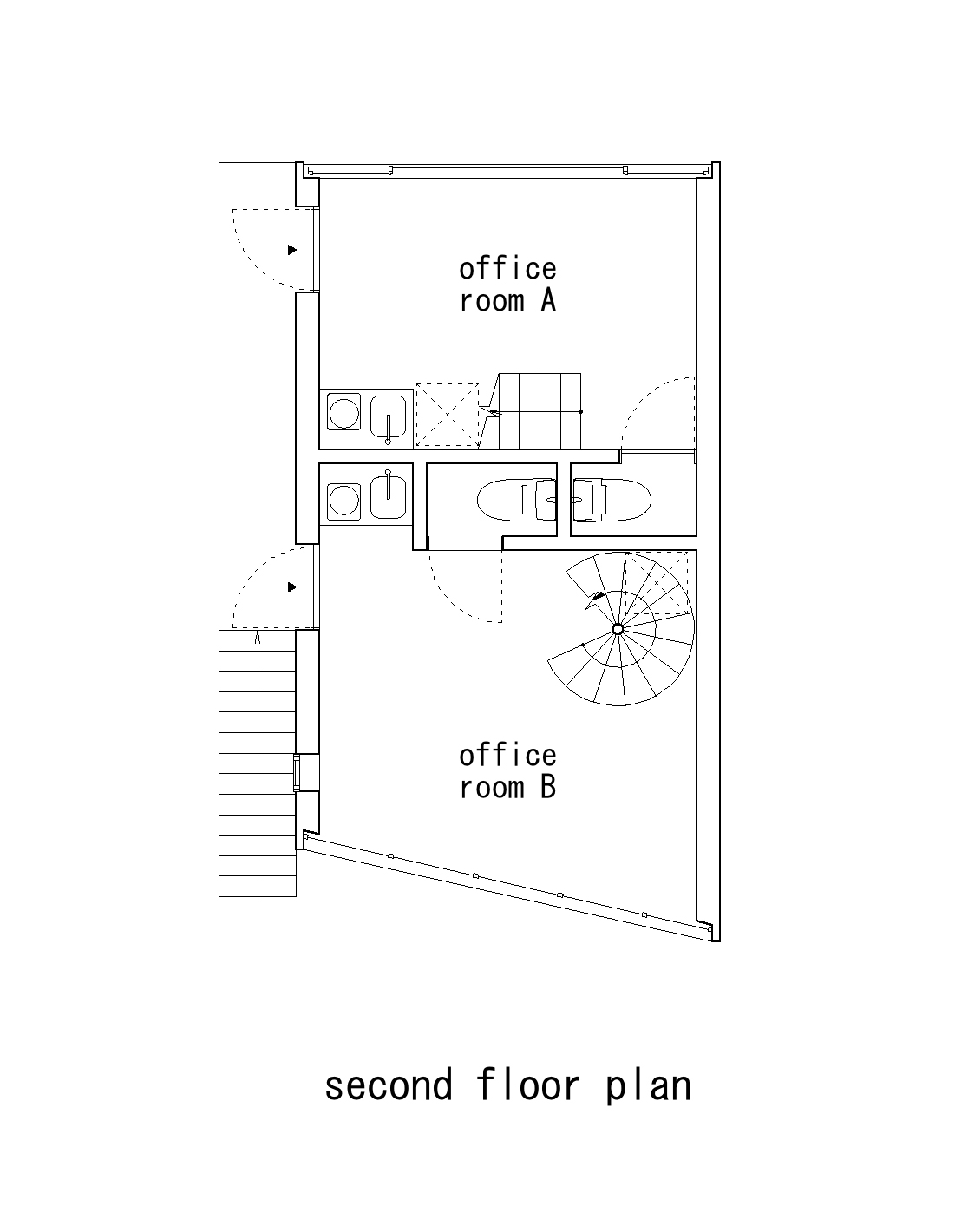 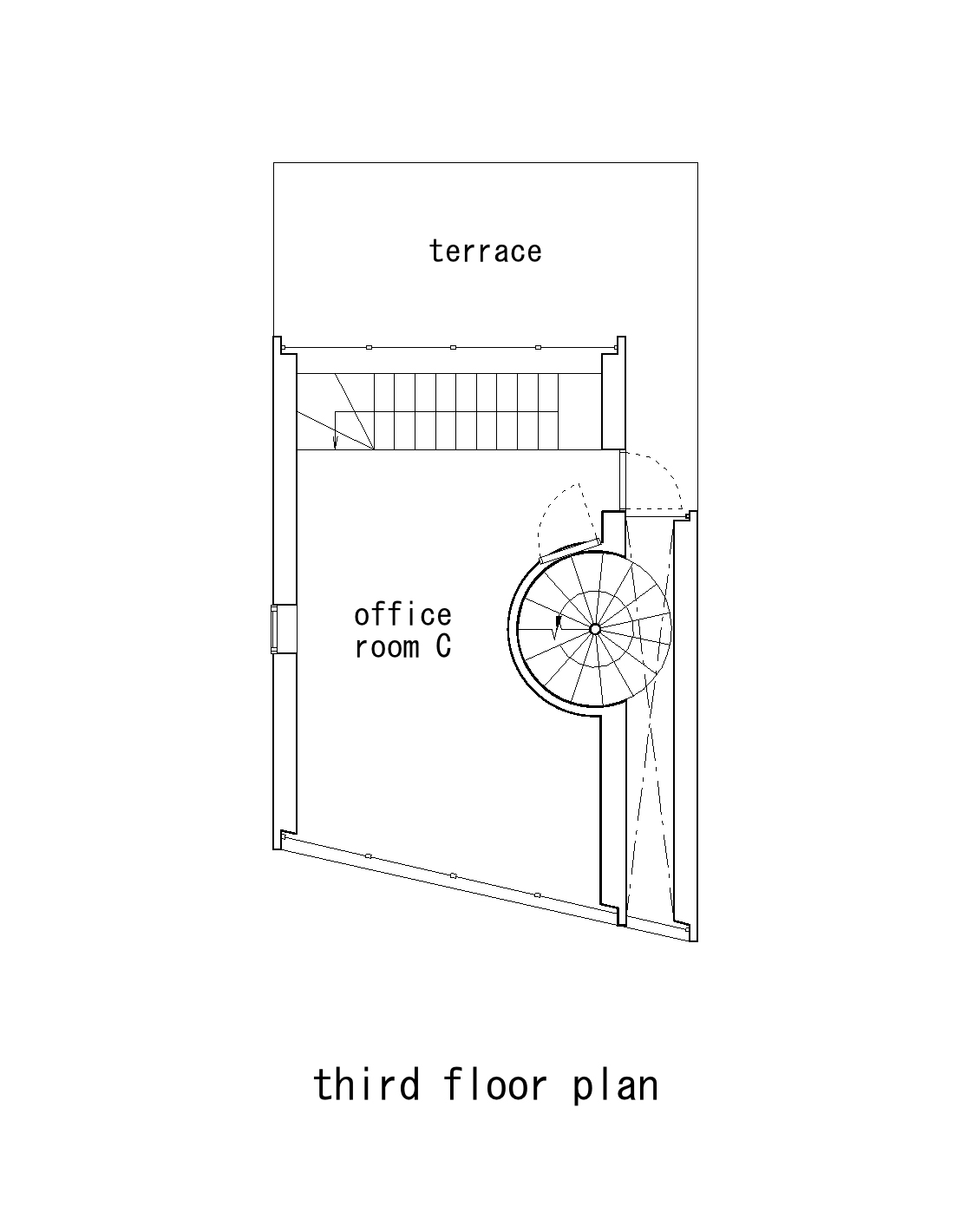 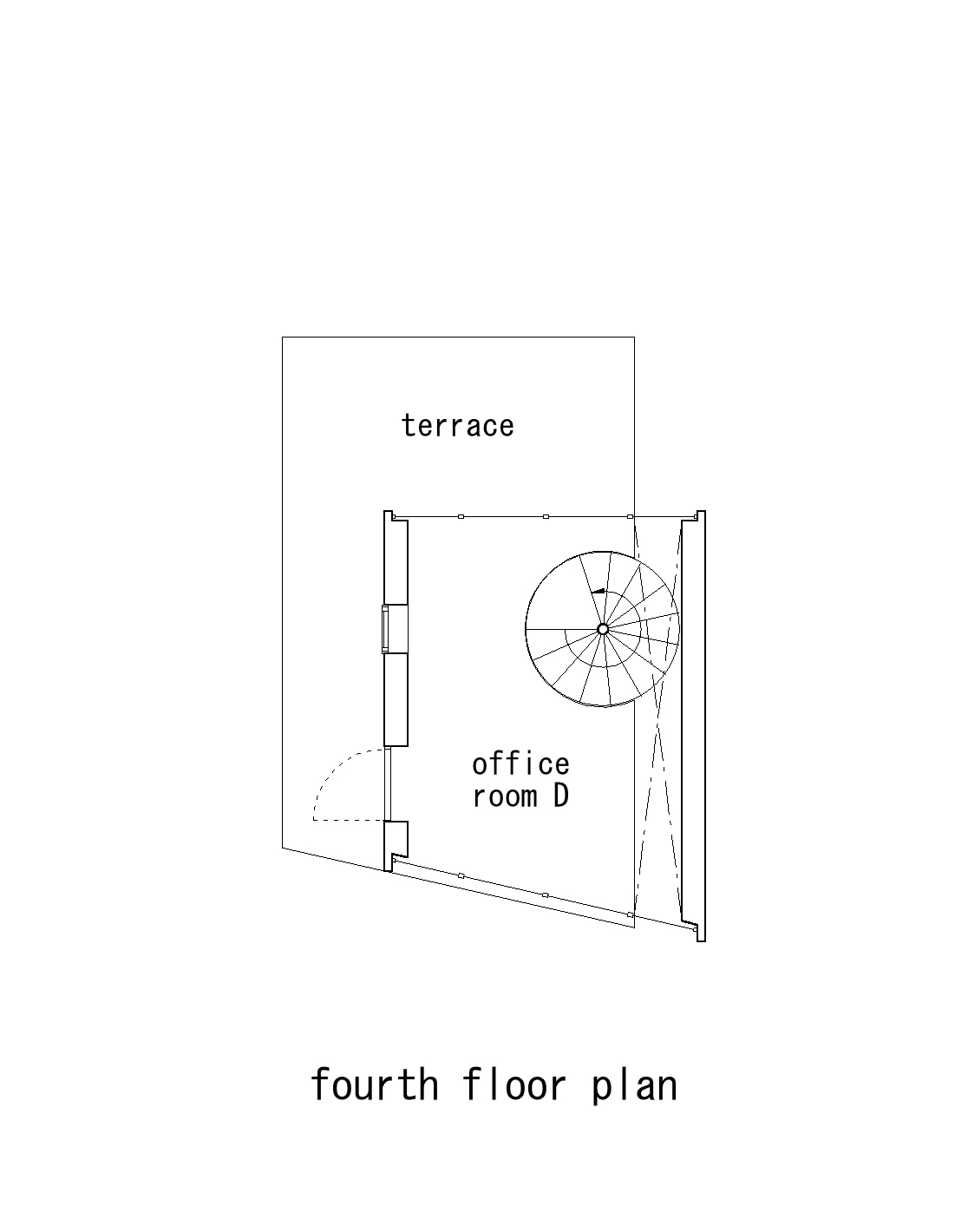 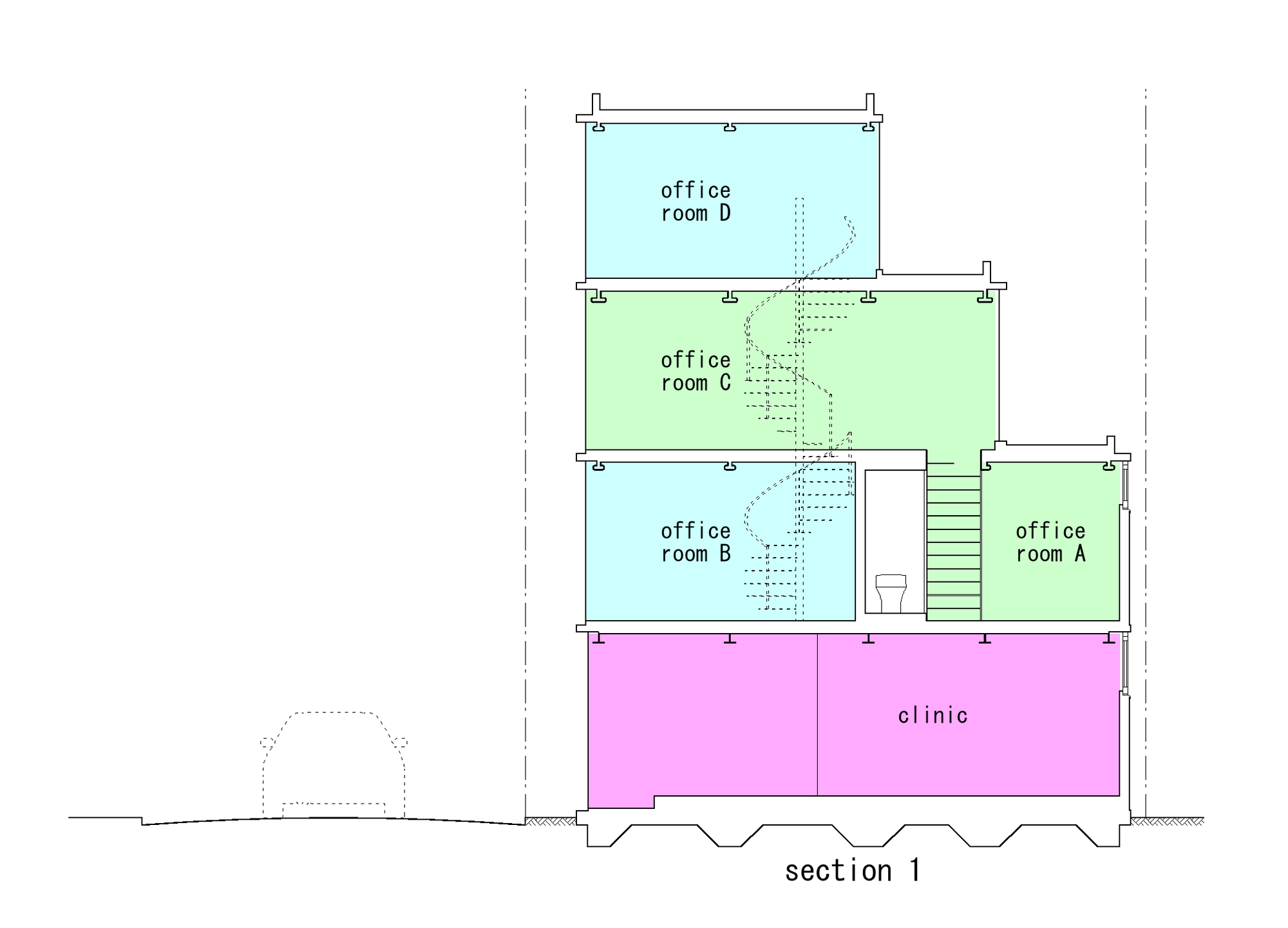 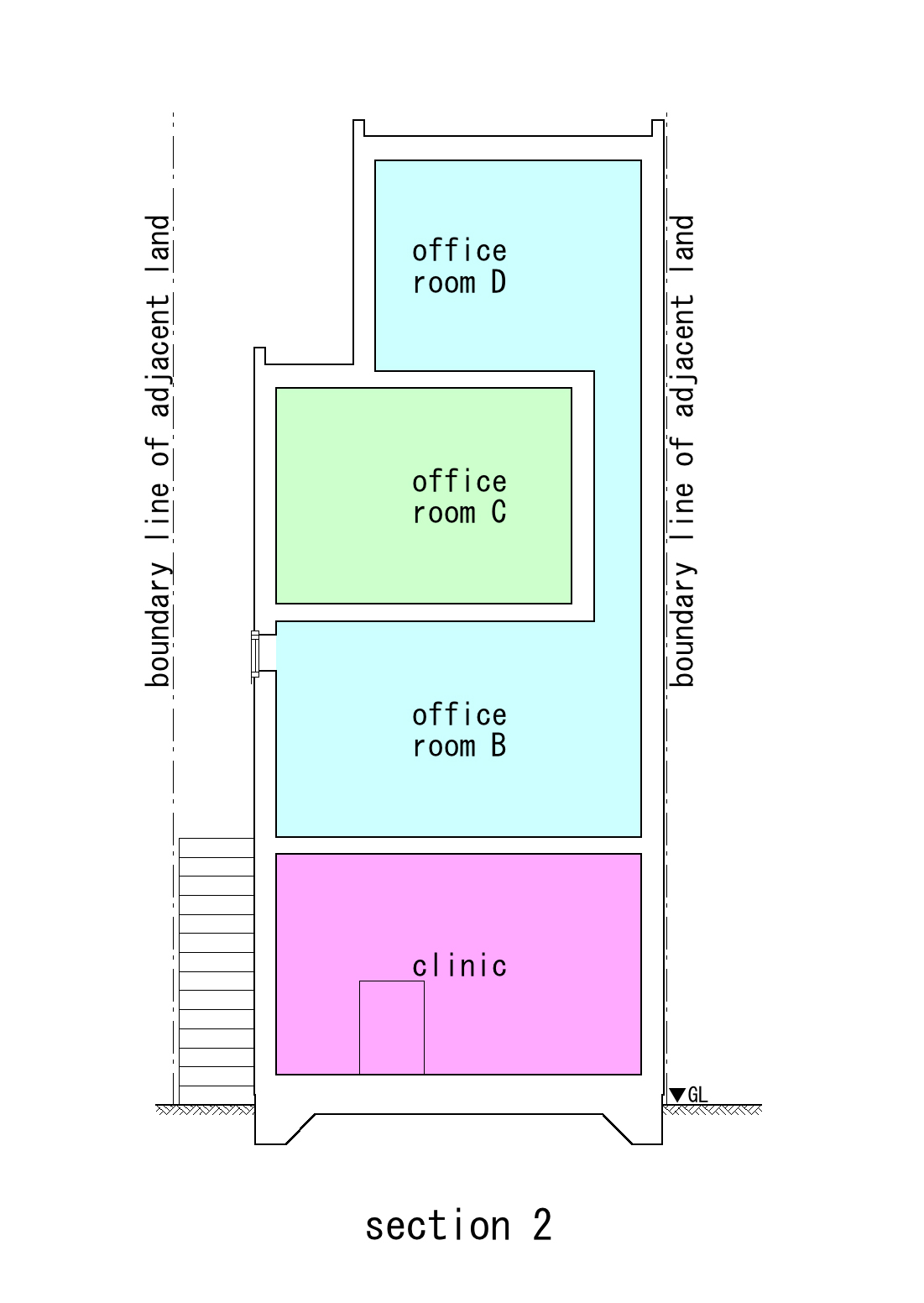 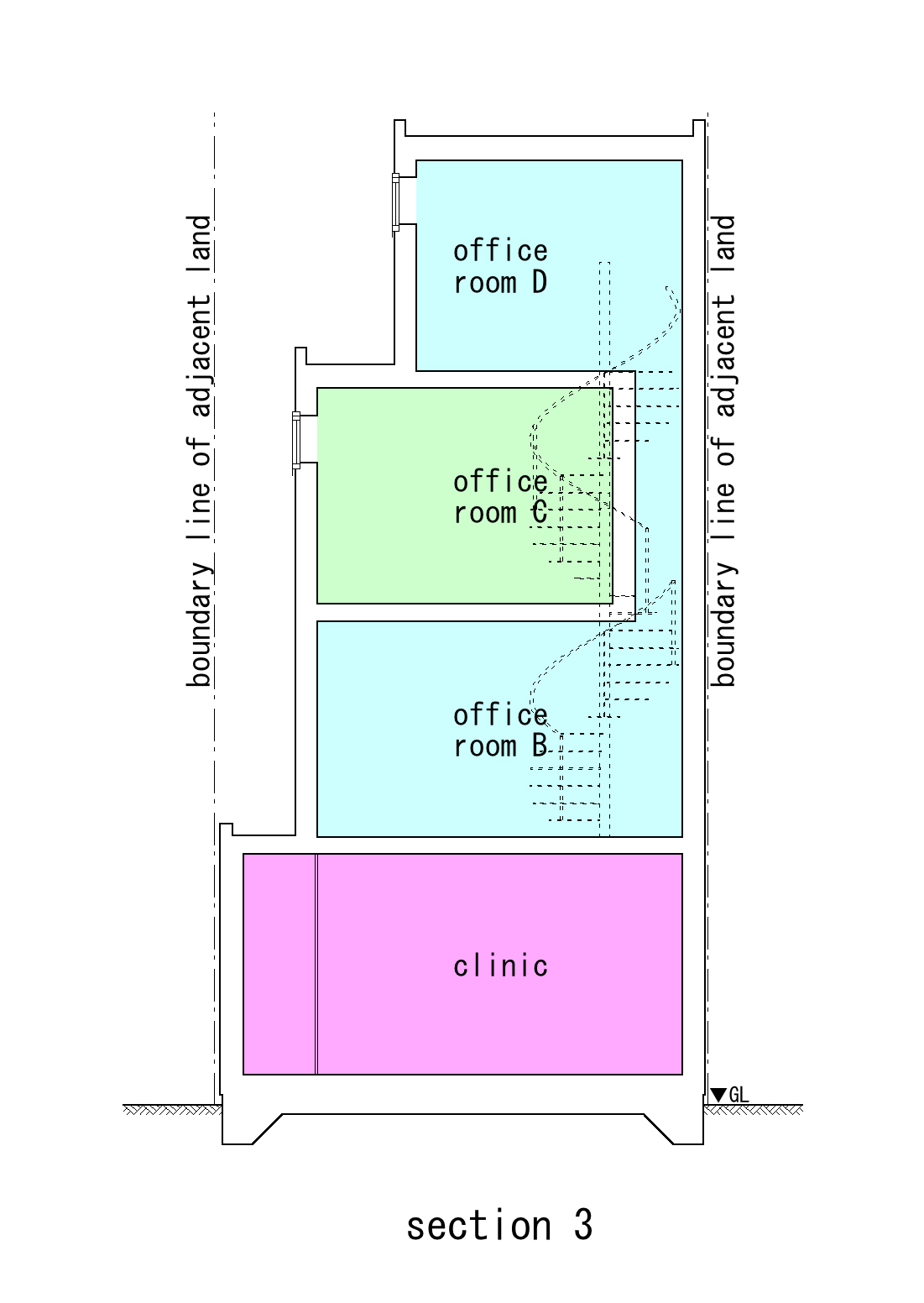 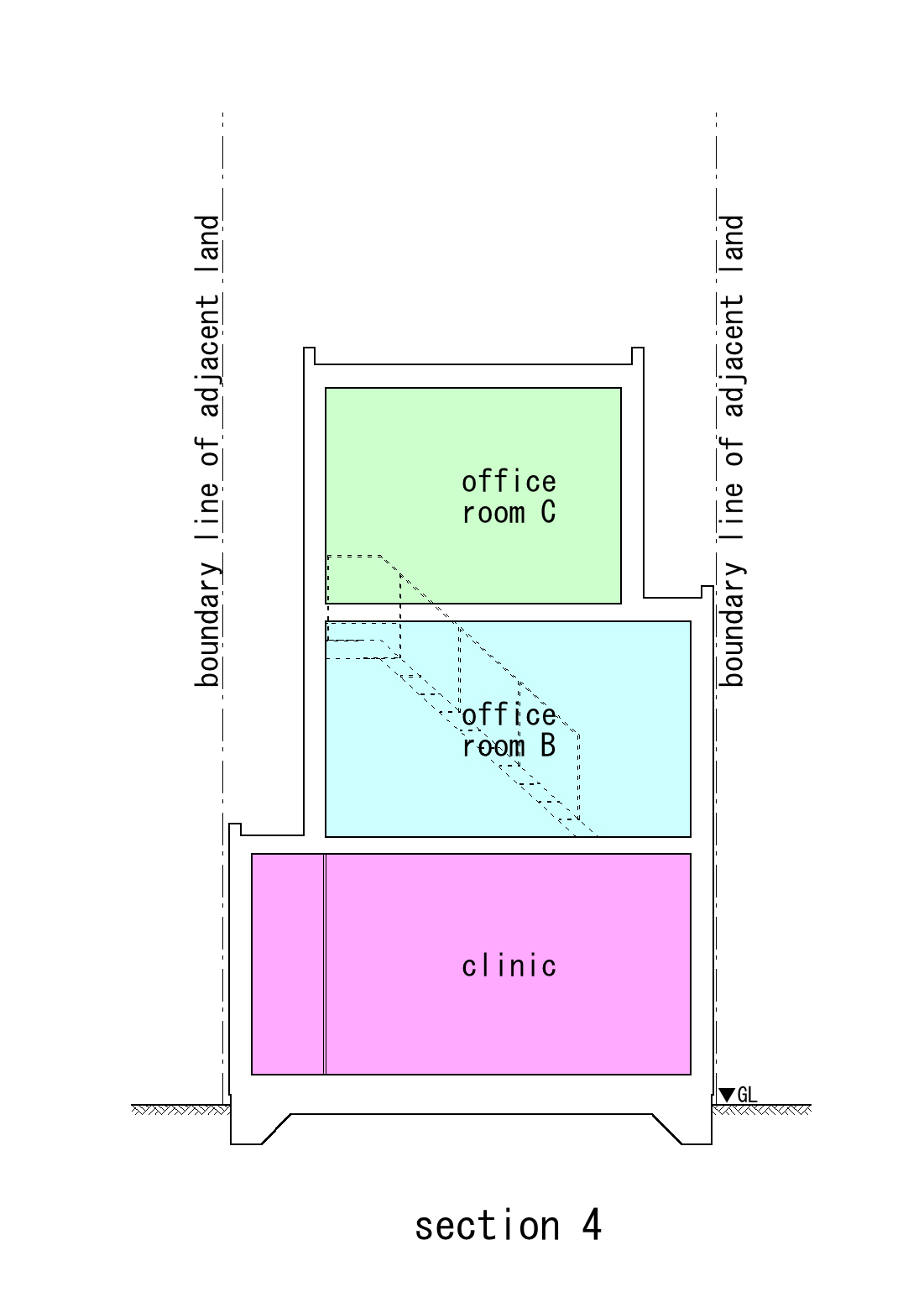 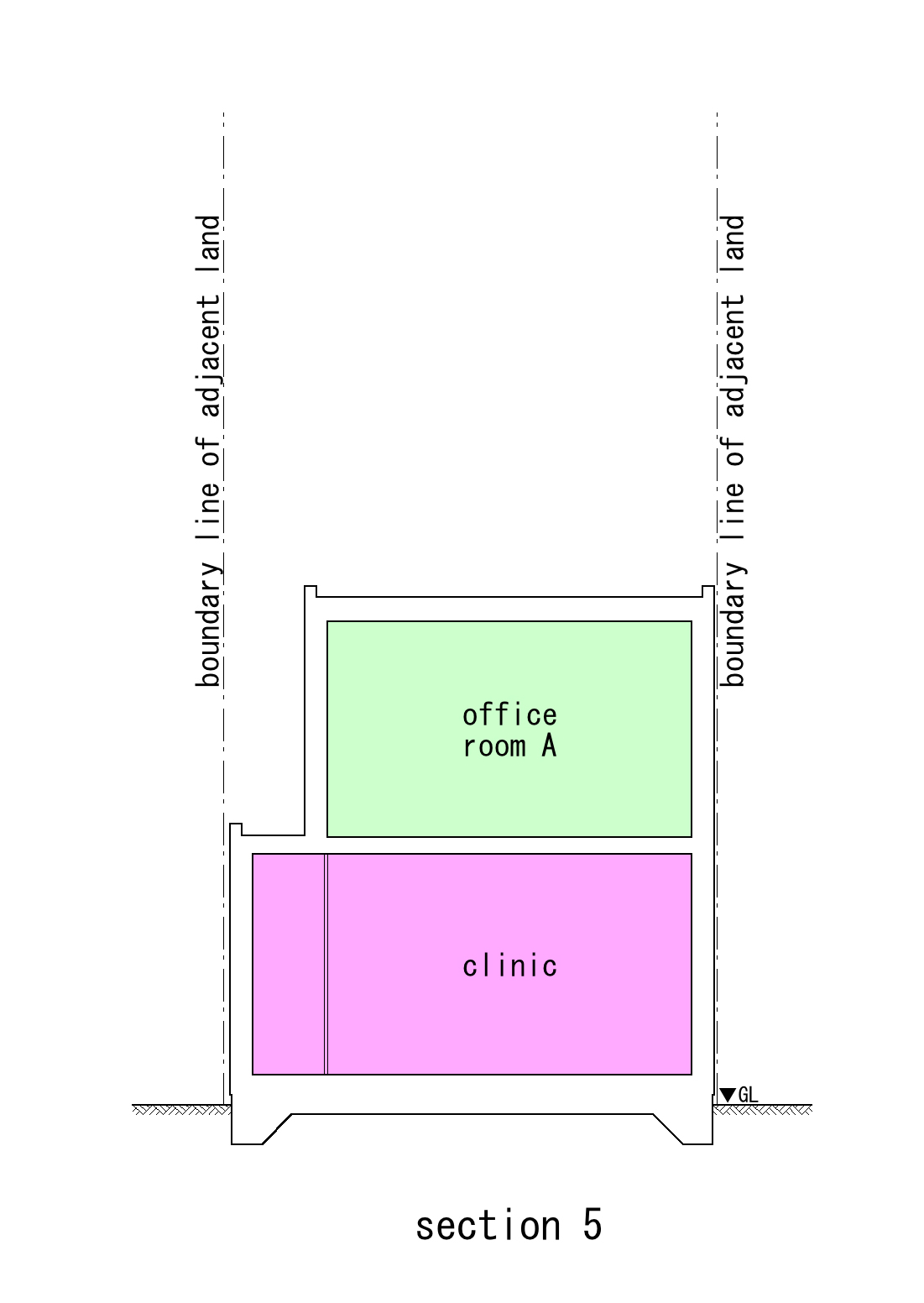 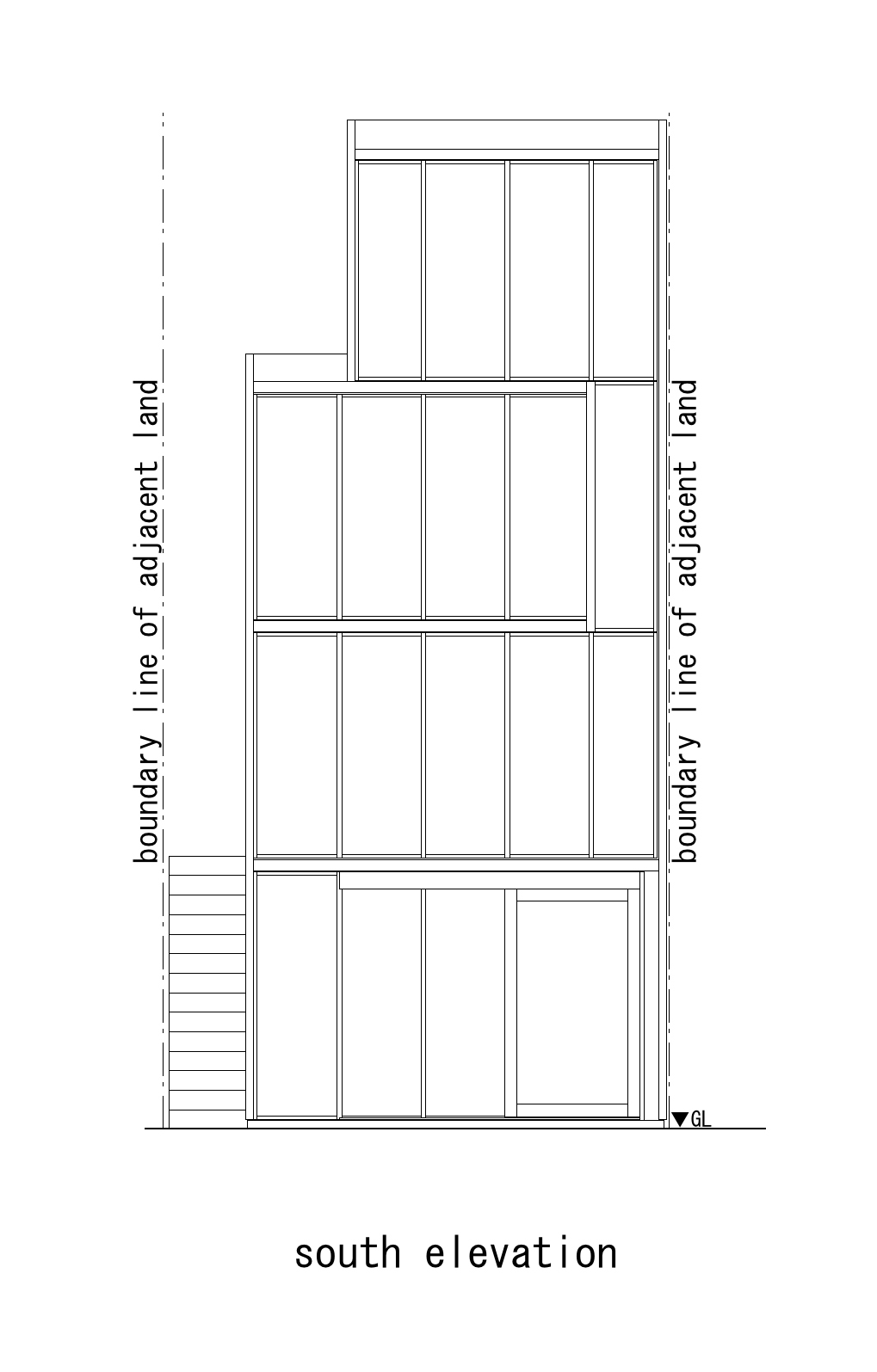 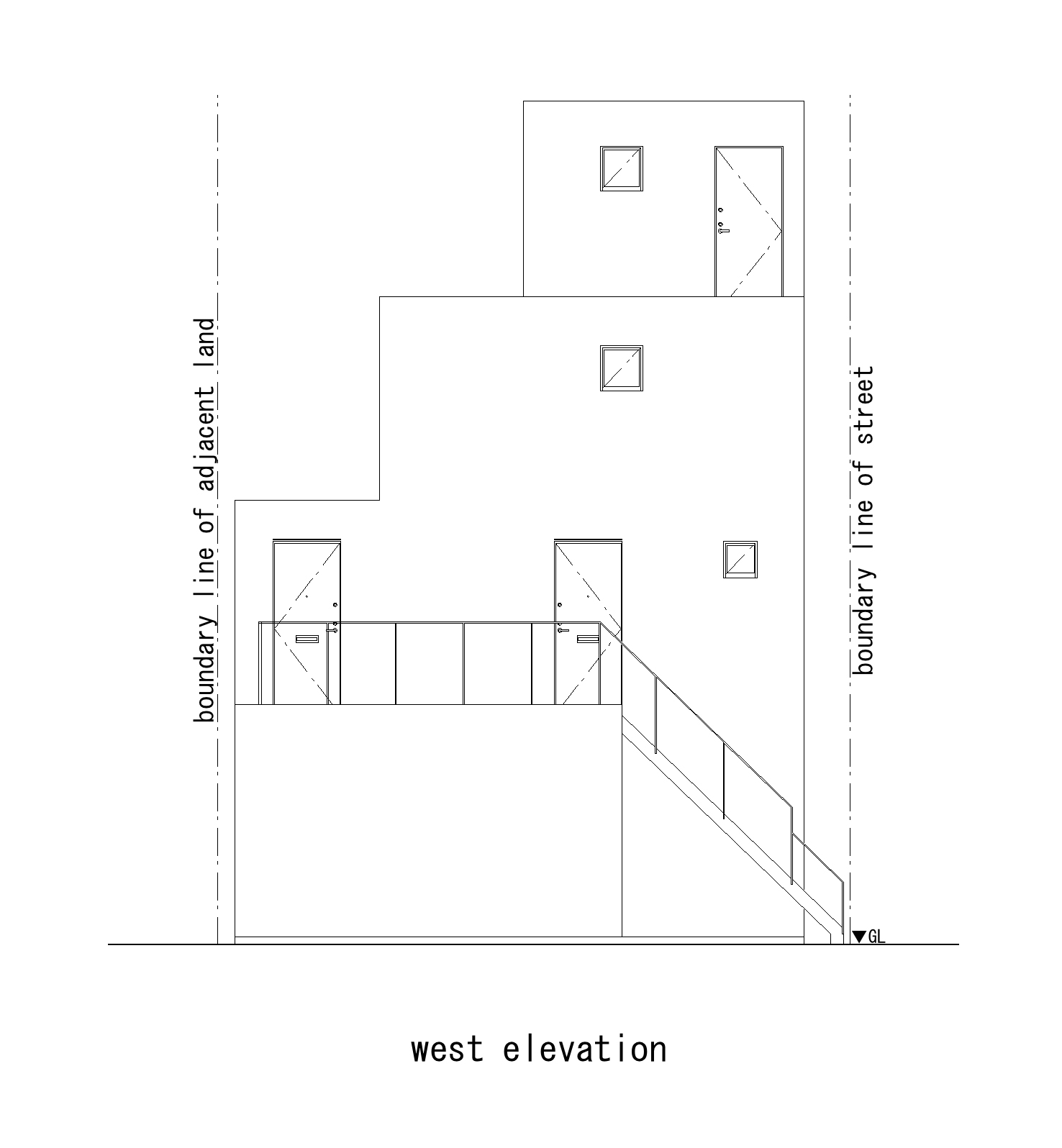